Eating raw fish that is not marked sushi grade

You may find this instructive:
https://www.seriouseats.com/2017/05/how-to-prepare-raw-fish-at-home-sushi-sashimi-food-safety.html

Isn’t that the same as the link upthread? I find it pretty helpful.

The only fish I’ve eaten raw out side of sushi was a red snapper that was pulled from the water miles from shore, filleted and cut up into cubes and seasoned with a cut lime and salt. Was pretty darn good

No. I don’t believe there are true standards in the US. I think it is pretty floofy, and anyone can throw a sticker on that says so.

We have a great poke place near us, and when we feel it, 3 of us get that and get him a burger from next door.

I don’t actually see a problem with that as an occasional practice. It’s a family memory. My wife loves scallops while I tolerate them. My taste for red meat comes more frequently than hers. From time to time we make steak and scallops with common sides. I’ll eat one scallop and she’ll have one bite of meat.

The extreme is what I call “the Jenny effect.” My sister-in-law (husband, two kids, and her) makes FOUR different things for every meal. She puts up with different tastes and preferences, some of which are daily moving targets. I love her but I would say “this is dinner - eat it or starve.”

Sasha has it spot on - it’s an undefined, unregulated marketing term

/quote
Officially, the terms “sashimi-grade” and “sushi-grade” mean precisely nothing.

Davis Herron, director of the retail and restaurant division at The Lobster Place fish market in Manhattan’s Chelsea Market, agrees: “It’s a marketing term that has little significance [with respect] to actually being able to consume raw fish.”

There is no national governing body that grades fish in the same way that the US Department of Agriculture (USDA) grades beef. Although the Food and Drug Administration (FDA) issues advisory guidelines that sketch out processes for handling a variety of fish meant for raw consumption, those guidelines are not intended to determine the quality of the fish in the way marbling determines the quality of beef—only its relative safety for eating raw. So when you see a piece of fish labeled sushi- or sashimi-grade, that means that the seller has judged it safe to eat raw. The claim is only as trustworthy as the fish market that makes it.

Thanks for posting your point-of-view. Sometimes you just need to rant off-topic, I’m guilty of doing it before. I’ve had many of the same thoughts about theory vs real life. Once I asked on here about chicken safety. I didn’t receive any responses that made sense to me. So I called a food safety hotline and was surprised to learn the “rules” allow for flexibility in homes kitchens.

On-topic, someone here or on Chowhound once responded to me that TJ’s frozen tuna will work for sushi although it might not be the most flavorful option. I tried it twice and it was fine, especially if you add other ingredients to your roll.

Sometimes we even rant on-topic. I’ll spare everyone a rant on food safety at TJs. grin

Auspicious, I can’t tell from your many posts if you have/raised kids. But the Jenny effect is real among many of our parent friends. We all have teens now, but when they were toddlers, some parents bent to toddler pressure to have special meals for them (only buttered pasta, only carrot sticks), to discover to their chagrin that they were in for a penny, in for a pound. Their kids proceeded to not eat the same food as them, and multiple meals were required, for the next decade. We never did that with ours. God forbid. We decided to deal with the toddler tantrums as the lesser evil. And truthfully, they weren’t that bad. In fact, I would say that in my experience, my one picky kid is pickier at 15-19 than he was at 5-9. However, if we really want something that I know he hates, I will make him something. Whether that is broil a hot dog or buy a burger, he’s too old for me to “take a stand” on these issues. It is not often a problem, since I am the cook and can cook enough dishes to keep them all happy. I once said to him that he didn’t like 50% of existing food. And he replied, but I like the other 50%, which is a lot of food!

Isn’t that the same as the link upthread?

In 2015 Manhattan required all fish to be served raw to be previously frozen:

I don’t know if there has been any change since then.

the FDA still has it on file as a “recommendation” to freeze.
not a rule
not a regulation
not a law.
NY? well, there’s no accounting for NY

I can’t tell from your many posts if you have/raised kids. But the Jenny effect is real among many of our parent friends.

@Sasha - I had step daughters. No children as my own. In full disclosure I was referred to as the troll under the bridge. grin Meals were meals. Allergies and real aversions were accommodated, but you ate what served just like how I was raised. Your words, to me, are spot on: “toddler tantrums are the lesser evil.” Certainly there are issues with palate maturity. That doesn’t mean letting people be fussy. Eat or go hungry. Or get a job and cook yourself. Leave a clean kitchen.

When I married into a family I had tweens. They would pull tons (or tonnes) of clothes out and dump everything they didn’t decide to wear in the laundry. That didn’t last long. I made them do their own laundry. I think there is a corollary to eating.

Nothing to apologize about. I had to check a few times and got confused. Interesting that a link to the same article appears with different names. I bet @Auspicious has a theory. 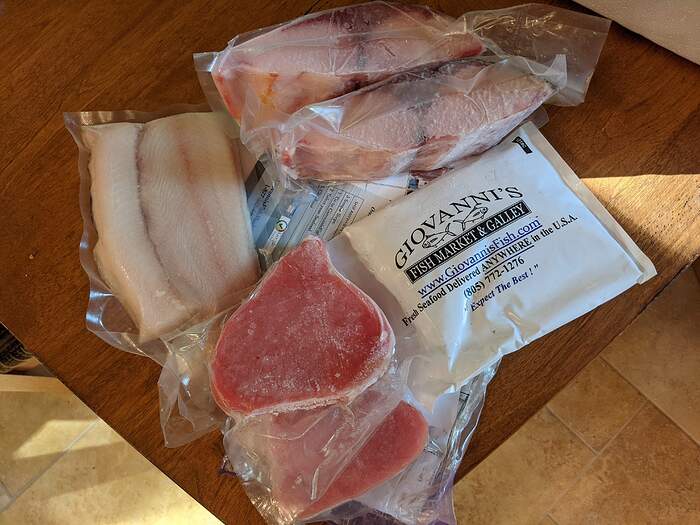 How about this one? Not about the original topic. 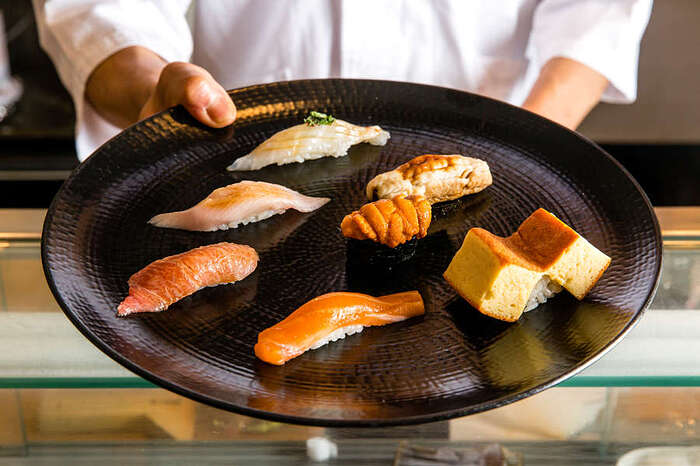 The Most Overrated and Underrated Types of Sushi

Put down the tuna and slowly back away.

You were probably not quite the troll that they told you. Kids actually like boundaries. It makes them feel safe. And I appreciate now that while they might be picky, they’ve always been adventurous. As an aside, my younger son does wear all the things he launders. But he throws it in the laundry on the last day that he is assigned to fold clean, and right before that chore switches to his brother. In the hopes that the laundry won’t get done that day. He’s usually right.

I had to check a few times and got confused. Interesting that a link to the same article appears with different names. I bet @Auspicious has a theory.

Do you mean how it shows up in HO? That’s easy, and not theory. If a link is separated by blank lines it gets a box. If embedded in text it remains inline. Also the first link has a deep link (’#Tips’) and the second goes to the top. Further there is a lot of reuse of materials. The Washington Post for example gets about three runs out of most background research articles.

On the other hand if you’re poking at my distaste for Serious Eats that’s simply as may be.

I liked ALL of that!

Sometimes just a copy and paste of the url gets a nice “thumbnail” of the article, sometimes as I’m trying that a window appears and says that’s not going to work, and sometimes I have to insert a link and provide a title. I think the explanation for most of that is in your response.

But mostly I was poking fun.

I have no objection to poking fun when one’s heart is pure as I believe yours is. grin

I’ve been thinking of writing up something ham radio operators call “Hints & Kinks” or perhaps the more generic Tips if the mod team thinks there is value. Getting videos to show up right, links to articles in the nice box, and multi-quoting. Like I don’t have enough to do. grin Then there are italics and bold the easy way without taking your fingers off the keyboard.

I have a niece and a nephew and the niece has always been adventurous and the nephew always conservative. Mom hasn’t given into the conservativism, they always allow a “get it yourself” backup like nuts or plain tofu or whatever but he has to get it himself. He’ll never go after spicy fried grasshoppers, probably, but he now mostly prefers eating what is served compared to “get it yourself”. And yes, when it’s my turn to provide, I will take in mind his preferences - last week, I got a double order of gyoza with our sushi and he ended up doing most of one order.

“Jenny Effect”, huh. A casual google search shows it linked to the Portland police protests in a very divisive way, I’ll not be using that.