This is one take on his new Netflix show: Breakfast, Lunch, and Dinner. I haven’t watched it yet, but I’m planning to. 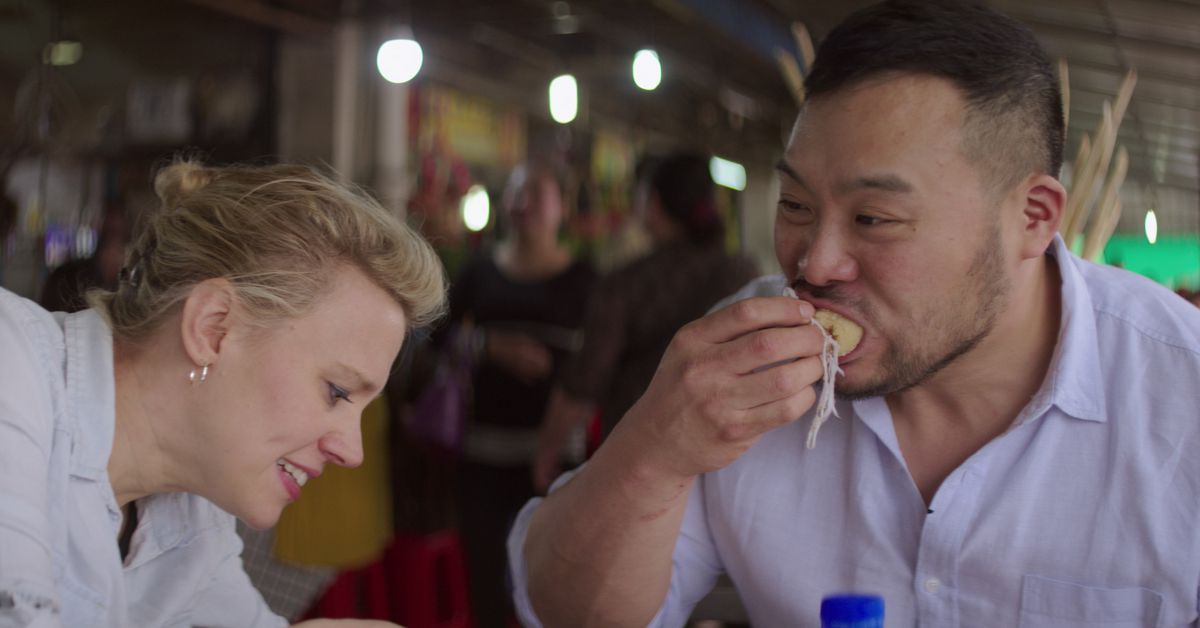 Watched the first episode with Seth . Kudos to their hard work . Getting to smoke weed , eat , and have fun .

Watched the 1st episode. Buddies hanging out over food. Where do they find the time? Sweet gig.

I love DC but was underwhelmed by #1 - very bro-ish.

We watched all four episodes. I say, stick with it. I thought each one was better then the last.

I agree, the last one was the best - the rest didn’t really impress. It’s not that much about…the food.

I am about 10 minutes into the first episode, and am thinking WHAT is this show about? Can someone tell me which episodes/parts are good?

Thank you. I’m sure there is good in there, but I couldn’t go on.

I didn’t finish watching the first episode either, I kept hoping they would grow up, but it doesn’t happen.

The series is overall a huge disappointment. In some parts it seems he is actually trying to turn into Anthony Bourdain, but that’s not possible so just stop.

Delish says he has finished filming the second season of Ugly Delicious, but there is no premier date yet. Lets hope that one is like season 1 and not like B,L&D.

Can someone tell me which episodes/parts are good?

Like other posters have said - skip to the Kate McKinnon episode in Phnom Penh. Kate is hysterical and the show is actually interesting (I would watch a whole show on the food dynamics pre/post war that they touch on). I took others advice and watched it first and thought . . . what is everyone so upset about, that was really good . . . so I went back to watch the first episode - I get it now.

Anyone watch the Lena Waithe Los Angeles episode? I’m tempted on that one but got burned on the first one.

Zzz. It’s not about the food. She also seems a bit smug.

Thanks all. I plan to binge- watch one episode.

So disappointing. Agree it’s bro-ish, but imo all his stuff is bro-ish.

But this is just a “watch celebrities hang” show, which I have no interest in. Very little food focus. Him finding a way to befriend other celebs he thinks he’d like to be (better) friends with?

Agree with others on watching Kate McKinnon’s episode first. Seth Rogen is “watch celebs bake together” and incoherent. Lena Waithe - there’s plenty of content on LA already, I go back to my who does he want to be buds with comment. Chrissy Teigen in Morocco… even the home cooking in Morocco (I loved that the lady cooked the “tagine” in a PC) was glossed over for their giggles (I mean, they couldn’t spring for a translator?).

Anyway, I enjoyed Ugly Delicious - I hope the next season is more of that and not more of this.

(As an aside, he was filming something in India earlier in the year, curious if that will be on UD).

he was filming something in India

yes, but only FOUR episodes!!

i did not like BL&D, even watched thru the Cambodia epi. hoping new Ugly Delicious is like old UD.

I actually saved the release date to my calendar today

I’ve got the release date for Top Chef …conflicting with my son’s arrival from Turkey after a whole year…hmmmm…anyone else???