So, Wahine showed me a video of a cook making what looks to me like a Philly Cheesesteak, except with hamburger.

Looked delicious. But how is it really different? Can someone with expertise please explain and educate me on the niceties of a Platonically ideal Chopped Cheese?

It’s a NY thing mostly. It also has more stuff than a Philly cheesesteak as there is usually ketchup and lettuce and a few other things depending on who’s making it.

Somewhere in the middle of one of the cheesesteak threads there was a discussion of chopped cheese sandwiches and how they differed.
I’m not prepared to look for it now. Basketball looms, then football

I came up with this recipe about a year ago after entering my smash burger craze. The flavor/texture you get on the beef in a searing hot CI skillet is amazing, and once everything is thrown together and scooped in a warm hoagie roll it rivals (or maybe even surpasses) any Philly CS I have had.

Plus… when adding the beef to the veggies you can pretty much adjust the texture any way you like (smooth, clumpy, jagged). Flavor is explosive, and the cheese and beef is so well integrated.

Thanks for posting this, Scott - I think I’ll try this tonight or tomorrow. It may not be quite as good as yours because what I’ve got on hand/too much of right now is lean ground round that was on sale in the “Family Pack” size. Or maybe adding ~ 30 g tallow (making 3 servings) would help.

With leaner ground beef just pay closer attention to the cooking time. Get the pan as hot as possible to get the caramelization, and cook for slightly less time so it doesn’t dry out. I’d guess 90sec/30sec instead of 2min/1min.

Made this tonight, only subbing yellow bell pepper for green due to some people having issue with indigestion from green.

This is a keeper recipe. Really tasty.

Happy to hear you liked it.

Lived in Brooklyn since 1999 and never heard of or saw chop cheese. Turns out it’s far more common uptown and in Queens and the Bronx. Maybe one of these days I’ll try one.

At the bodega I used to go in the LES, I would always get a chopped cheese, with no cheese, extra onions with peperoncini, lettuce, and tomatoes.

I have not had one, but I remember reading about this before, maybe in an outer borough, or at least not a mid-town thing, but I’m having trouble finding it.

…but it seems like it was years ago I saw this.

I guess it could have been this. 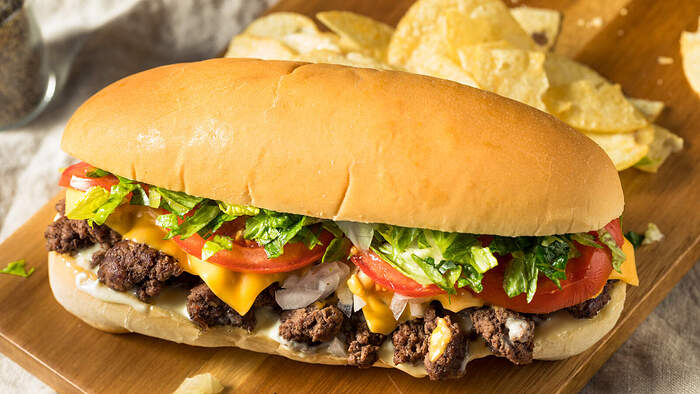 If you've ever tried one of New York's chopped cheese sandwiches, you might have wondered where the unique meal came from. It's origins are certainly notable.

Probably this one in the NYT in 2016. Tasting Table included this link.

Apparenly “First We Feast” said “If a place has a Yelp review, you already know their chopped cheese is going to be trash.”

I will confess- I’d never even heard of one, much less seen one as a menu offering. I’ll retreat back into my cave now…

I’ll retreat back into my cave now…

I hope there’s room for one more there. I’ll bring the fire (and a Philly cheesesteak).

Better a cave than frittering away too much time and memory online!

I don’t think these live on menus. It’s bodega food !

Alas, no bodegas near me.

I always envied my friends who ended up in NYC not for their tiny, expensive urban shelters, but for the amazing amount of cheap, delicious food in their neighborhoods.

I’m with you. Never had one; but sounds good to me.

Mine is def more of the PCS style (no toppings)… here’s what it looks like: 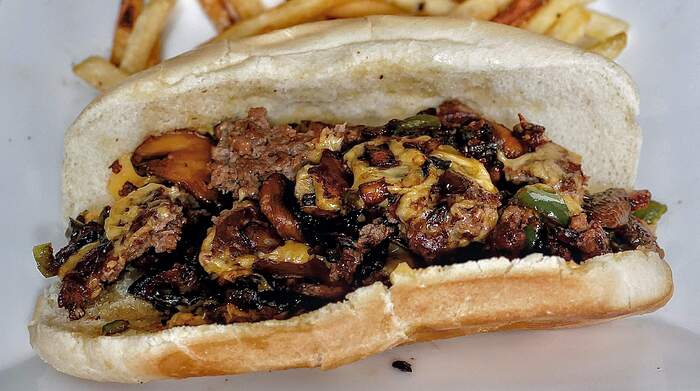