The quality of the meat and ingredients is a step above what’s being served elsewhere in the form of $1.50 grilled lamb skewers. The lamb is marinated, threaded on toothpicks, and dipped in egg white before deep-frying, and that provides a light crunch. It’s not at all greasy, and the meat has enough texture to absorb the seasonings without the need for starch or a batter.

The dish shares the combination of lamb, spice heat, and cumin found in many other Chinese dishes. Pulverized green Sichuan peppercorns gave a citrusy edge, and their pairing with fresh cilantro led my friend to think the dish has lemongrass in it.

The bite sized portions, on toothpicks, make this a great dish to share with a group. And unlike typical skewers, the sodium level was low enough that i didnt have an insatiable thirst after splitting with one other person.

For more info on toothpick lamb and the restaurant, see: http://eastbayexpress.com/oakland/what-numbs-the-tongue-will-warm-the-heart/Content?oid=3861781 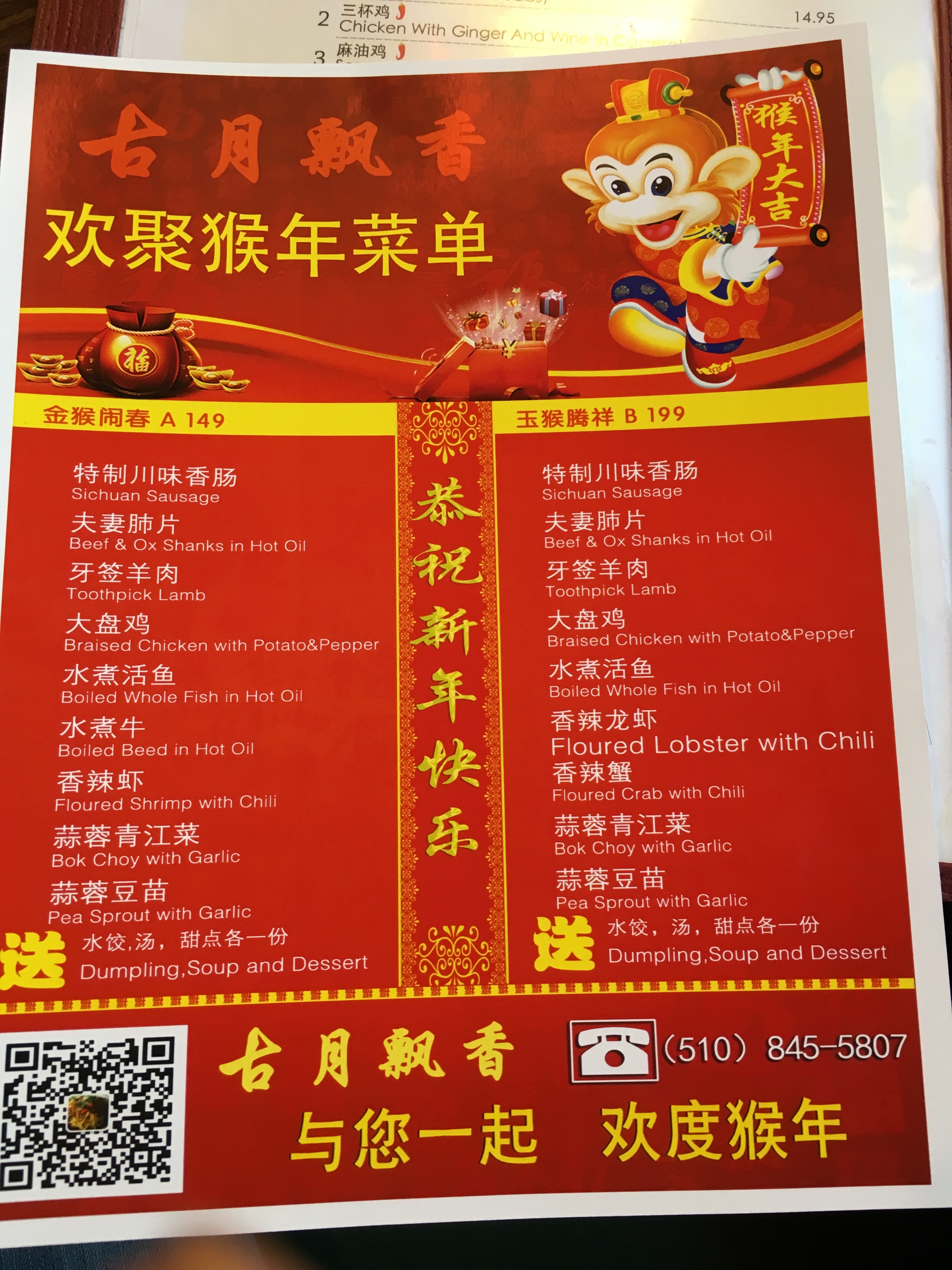 And, as far as toothpick items go, much hipper than rumaki

Chengdu style is very different from the peninsula / Fremont area places I’m used to going on Tuesday nights. Their large space was jam packed, but had enough turnover that we were seated immediately. It’s next to Cal, so as with my previous visits, mostly international student crowd, no families.

When they opened in 2014, they had dishes that were new, or uncommon, in the Bay Area, and which had been popular at recently opened Chengdu taste and Szechuan impression in the San Gabriel Valley. Some of these dishes include toothpick lamb, boiled fish with green Sichuan peppercorns, Sichuan potatoes (crinkle fries), Sichuan-style rabbit chunks, and bo bo ji (50 chicken skewers in a cold spicy liquid). They make their Sichuan sausage in house. 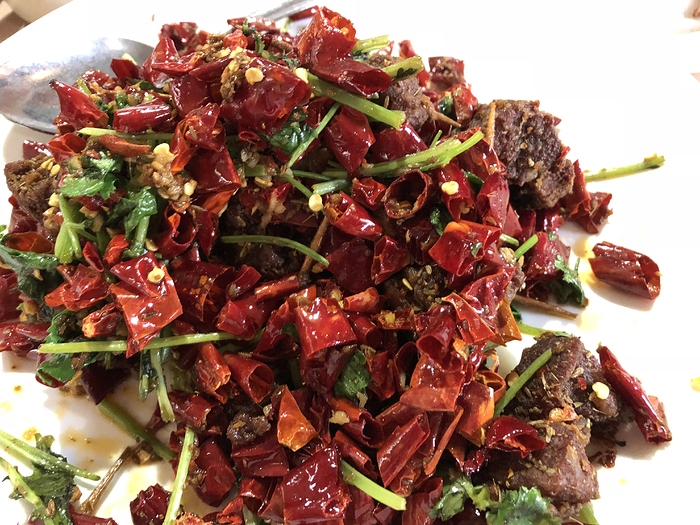 Toothpick lamb is still on lots of customer’s tables and now you have to forage for the toothpicks in a bed of chilies. The lamb exterior is dry and crispy, in a seemingly intentional way, and packs lots of flavor. In contrast, Chengdu Taste’s version in San Gabriel Valley’s version is juicy with similar seasonings. 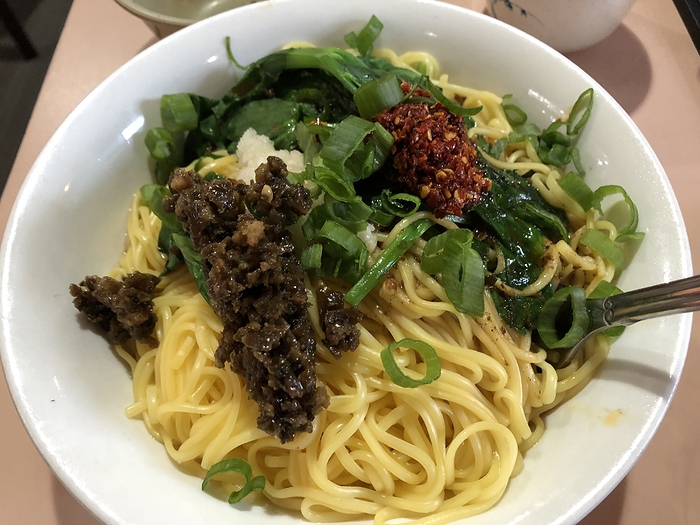 Dan Dan noodles were weird and I wouldn’t recommend them. They studded greens, a dollop of unsaucy chili oil goop, and scallions on the top of thin noodles, and there was no sauce below. Without a lubricating sauce, the noodles didn’t mix well. It’s a meatless version, and I requested ya cai, which they brought in a separate little dish (I had to show the characters 芽菜 to the server), 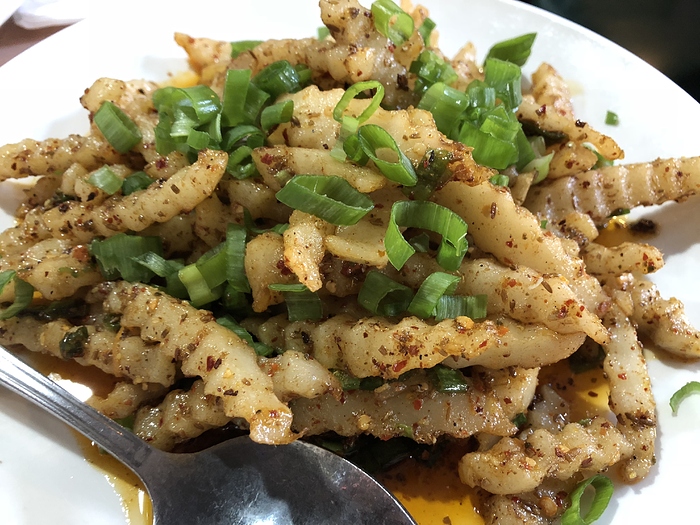 Sichuan potatoes were fresh, not frozen, crinkle cut potatoes, starchy with that jicama like crunch you get from Sichuan style slivered potatoes. Seasoning had cumin, chili, and I believe Sichuan peppercorns. Huge portion. These were good, but I prefer Chef Zhao’s version, which had ya cai, and lots of minced garlic and ginger. 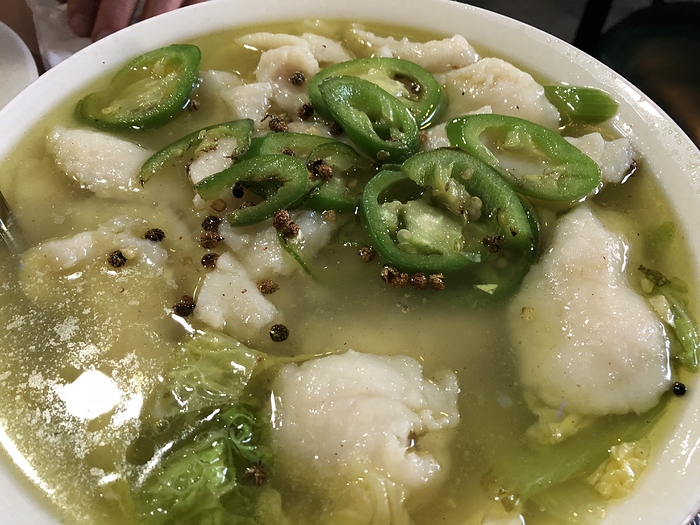 Our main dish, was a delicious water boiled fish with green Sichuan peppers (“boiled sliced fish in ball pepper oil”). Awesome, citrusy assault of green Sichuan peppercorns, without the chili heat of the red version. I don’t know what it’s supposed to be like, but my preference would have been for the cabbage to be more wilted.

1 Like
Sichuan, Beijing, Taiwanese, and Hong Kong food in Davis, CA
“Food is a pretty good prism through which to view humanity.”
― Jonathan Gold