Chandavkl says Dragon Beaux in SF is the leader for innovative dim sum in the US. 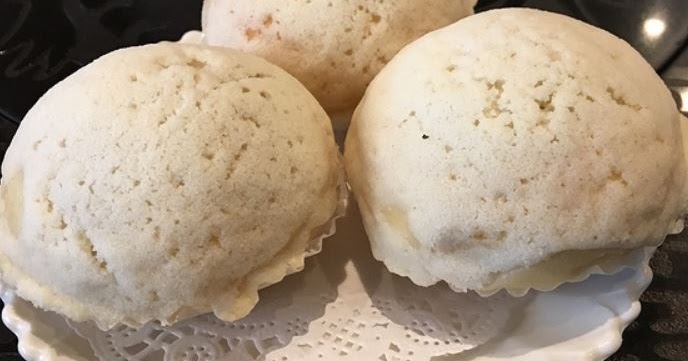 Does Dragon Beaux Serve The Best Dim Sum In The United States?

First the disclosure: Since I am allergic to lines, I haven’t braved the ones at Dragon Beaux yet.

Not to sound overly negative. If @chandavkl is correct in all of these (which I think he most likely is):

The thought that Dragon Beaux might be the best dim sum restaurant in the country entered my mind when I had their version of the Tim Ho Wan style baked bbq pork bun.

Dragon Beaux is clearly among the best, if not the very best dim sum in America at the moment.

that Dragon Beaux, Koi, HKL2 are among the best, that indicates the lack of true top tier dim sum in the country. Someone said Vancouver and Toronto are (or were) better though I haven’t verified. That said, having spent a few years in the Midwest, I’d take the dim sum scene here any day!

First the disclosure: Since I am allergic to lines, I haven’t braved the ones at Dragon Beaux yet.

I suggest getting there right when it opens. That’s the only way I ever get to eat at KP on the weekends haha… sigh. But usually there’s no issues right at the beginning on normal weekends (probably need more than a prayer say on Chinese New Year…)

In regards, I think Vancouver still has an edge versus Toronto in dim sum though I can’t say I go back to any of those restaurants often enough to say yes to that.

We went last Monday to Dragon Beaux and it didn’t fill up until around 11:45am. In contrast on Wednesday morning Lai Hong Lounge in Chinatown (which opens at 10am, rather than 11am) was full by 10:30am, testament to the quality of their fare. While Lai Hong Lounge was always pretty good, they really stepped it up in the past year or so. I’d agree that Vancouver and Toronto have a better brand of dim sum, but as Chinese food around the world including the US and Canada is less and less defined by Cantonese food, on balance LA and SF have caught or exceeded the Canadian cities when taking the spectrum of Chinese regional cuisines into account.

Gutsy - even if you say so yourself LOL

I feel Vancouver and Toronto have many more higher end Dim Sum places. The settings are often a little more elegant (far exceeding those of Koi Palace or Hong Kong Lounge…), and they often put a little more expensive ingredients on top of the dim sum, but really in term of basic skill, they are the same to me. For example, if you get down to just the pure texture and flavor of the steamed barbecue pork buns or the texture of the steamed rice roll, they are of the same skill level.

Based on my limited experience in the Toronto Dim Sum and LA Dim Sum, I would say SF Dim Sum is just as good but a little less fancy.

Not just dim sum. US trails the rest of world when it comes to high end Chinese food in general. You can debate the cause, which many attribute to the historic classification of Chinese food in the US as being “cheap”. And it started to change in the past 2 years with places like Bistro Na in Temple City in the San Gabriel Valley and all of the $50+ hotpot places springing up down here, and Eight Tables at China Live. But it would be nice to see more of the higher end option.

That actually does not bode well for the argument – in my opinion.

Why do people pay $50+ to cook themselves?

Only in that if people are willing to spend that amount on hotpot that there will be other alternatives.

They’re the vanguard of the rich and lazy crowd. https://www.menuism.com/blog/chinese-mainlanders-drive-los-angeles-chinese-food/

Actually, I take it back. I guess it really depends on the ingredients and the quality…etc. $50 is ok. What I really want to say isn’t so much $50 is too much, but rather it isn’t something to be particular proud of. That is like saying we now have many more $6-8 bubble tea shops. Of course, $6-8 bubble tea exist and there is a market for it…and people have free choice…etc, I am just saying in my humble opinion, this isn’t something I would be proud of, and if having less $6-8 bubble tea means US is “trailing” or “behind”, then I will gladly celebrate this backwardness

I like hotpot just fine. I actually enjoy it, but the vast amount of hot pot places we have here near LA and worse the huge amount of “hot pot ready meals” from supermarkets like Great Wall Supermarkets or Ranch 99 or…
Well, you know what I am going to say.

Of course, $6-8 bubble tea exist and there is a market for it…and people have free choice…etc, I am just saying in my humble opinion, this isn’t something I would be proud of, and if having less $6-8 bubble tea means US is “trailing” or “behind”, then I will gladly celebrate this backwardness

And if anyone’s truly curious how it was made: 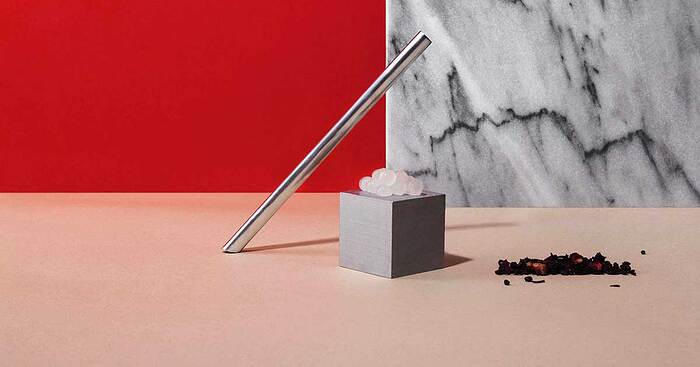 Shake up the status quo. It's bubble tea reimagined.

Kinda interesting actually, though not the largest fan of boba tea I’d be willing to sample it… maybe more towards 15g…

I respectfully disagree. Although I find SF and LA dim sum generally competent (and I definitely do enjoy it), the skill and quality is much better in Vancouver. I usually judge that based on the texture and thickness of the noodles in the rice noodle rolls, snap and flavor of the shrimp in the shrimp dumplings, and texture of the meat in the shui mai.

DB and KP can compete but not most others in the Bay Area aren’t that close. Most may have one or two dishes they do well but do not have the same level of quality across the entire dim sum menu, let alone the inventiveness.

I can’t comment on Toronto because I don’t go often enough.

Nevertheless, you totally got my point. Just because US now has the most expensive high end Bubble tea, I am not a bit more excited about it. Same thing for some of the high end food. Some are well deserved. Some are just unnecessary in my opinion.

6 posts were split to a new topic: Chinese Teas

I agree that Vancouver dim sum is clearly better than SF or LA. I think that a pretty decent place in YVR (say, Sun Sui Wah) is equal to the best of what we have. But they have a handful (at least) that are a tier above. Given the strength of the HK - YVR connection (with the 1997 handover playing a significant role), it’s not exactly a surprise.

Not just dim sum. US trails the rest of world when it comes to high end Chinese food in general. You can debate the cause, which many attribute to the historic classification of Chinese food in the US as being “cheap”.

David Chang agrees with you, in his dumpling episode of Ugly Delicious.

Strangely, Hong Kong’s South China Morning Post just came up with an article to the contrary. However the article just focuses on a couple of new restaurants which might be a beginning but certainly does not support the supposed overarching thesis of the article. The SF Chronicle Chinese special supplement gives a much more accurate picture of Chinese fine dining over here. 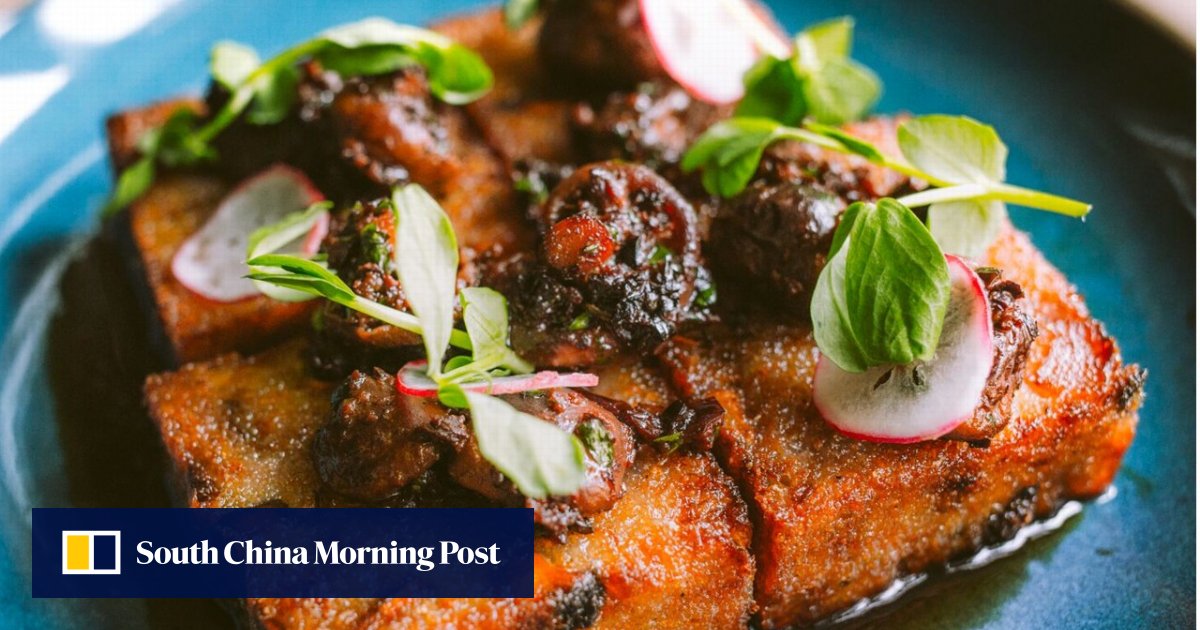 Pioneering chefs from San Francisco to New York are changing perceptions of Chinese food as they serve high-quality, high-priced takes on traditional dishes, from duck and chicken feet to potstickers stuffed with foie gras