Caramelizing onions in the oven?

I just became a convert to pierogies filled with cheese and potato from my local supermarket. I want to caramelize a bunch on onions, but I honestly don’t want to stand over the stove and keep stirring. Neither do I want to use the slow oooker.

I have a nice cast iron pot, and I plan to cut up three pounds of onions, and cook them in butter in the oven. Do you have any idea about temperature and timing? I want to do low and slow so I don’t have to babysit with lots of stirring.

I am not sure since I just cook mine on the stove. I just wanted to say this nj thread might interest you

So what are your favorite brands (and where do you buy them?) Favorite restaurants? Favorite recipes/preparations?

Oh boy, that’s a rabbit hole of deliciousness there! I can see a road trip is going to be necessary in the future. Thanks for the pointer!

If you’re a fan, try some sour cream on them!

I chop/slice and mix with some vegetable oil and a shake of salt. Cook at 350 in an uncovered roasting tin, stirring every 15 minutes or so. Takes about an hour. Works.

I’m unsure if using butter would improve this.

Plenty of variations on this on the web, including dutch oven use.

Yes! I forgot that when I bought them, and just picked up the sour cream yesterday!

This was covered in an onion soup discussion Elsewhere.

Heidi, DO read JoanN’s posts in the Les Halles thread Susan linked. It is important to use a shallow roasting pan, because onions exude a tremendous amount of water and you need quick evaporation, lest the onions stew. Your cast iron pot is not ideal. Slice them from pole to pole, to help them retain some shape. Rings will break down too fast. When 5#bags of onion are on sale, I buy extra and caramelize a bagful. They freeze well. I have done both stovetop and oven methods, and tend to prefer stovetop since my nose and ears tell me how they are progressing. Either way, there’s no getting around babysitting them, with frequent stirring, if you want good results. It takes a few hours, from peeling to cooling, but I just plan on doing them when I can stick close to the stove/oven. Also, if you freeze the sliced onions, you can cook them direct from frozen in less time than cooking right after slicing. This is because freezing ruptures cell walls, so the water releases quicker. Often, the onions are the most time-consuming part of cooking. Having frozen sliced onions, and/ or frozen sauteed onions available speeds things along.

Will add that a couple teaspoons of sugar will help the carmelization process. 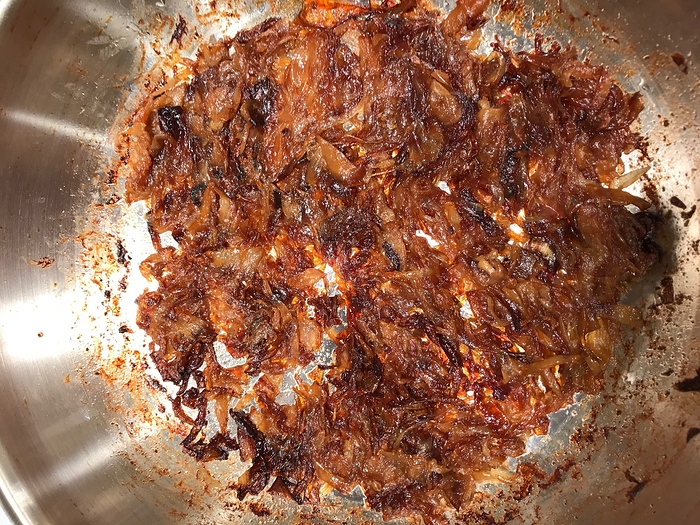 onions, caramelized.jpg2016×1512 1.3 MB
I did my onions this weekend. I slieced them pole to pole, and then baked them in a wide pan with butter in a 300 degree oven. I did them in the oven so I wouldn’t have to stir them as often. I did stir every 30 minutes, and they too a little more than four hours. Tonight I’ll be using them with my cheddar and potato pierogies! Thanks for all the suggestions, I knew our community would have great ideas! 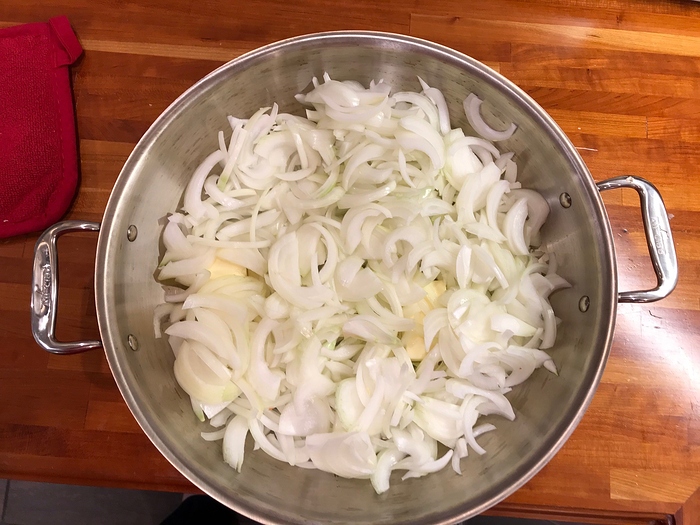 Have not been posting for a while, health, out of state every week for the last 2 months and constructions.
However, I try not to use oven bec of wasted energy as I have last oven and my countertop is not that big
I like caramelized onions but cannot stand raw onions. I caramelize them stove top on my wok. Had people over this weekend for paella. Had to make soffritos so, I caramelized these onions, froze some of them for future use . It does take 30-40 min but when one is busy, after the onions are a little soft, I turn my burner from medium to low, stir the every 10 minutes while I am busy8 in the kitchen, ( doin other stuff) and before you know it, have these caramelized onions with EVoo. 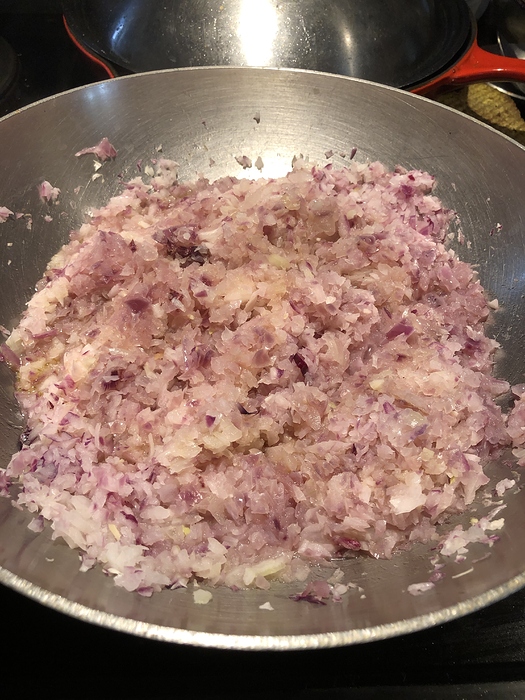 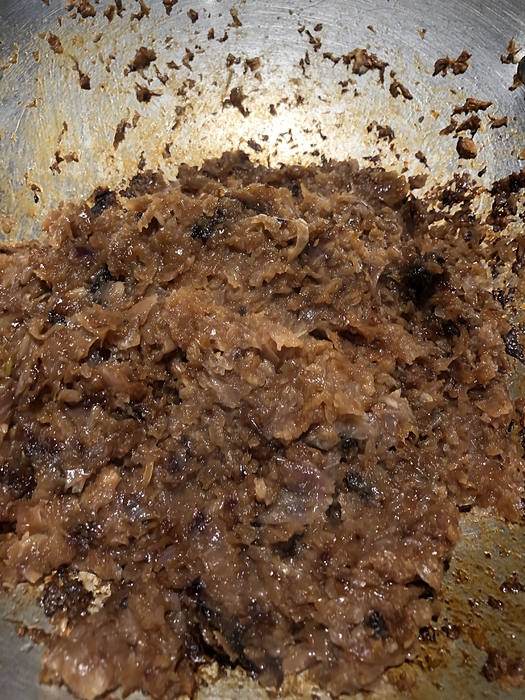 I love caramelized onions, but hate raw onions
I caramelize a batch on top of stove, with Evoo, then I store them.
Recently, I bought some cooked Maple duct legs, and have been using them with vegetables, either Asian way with soft rice noodles ( XO sauce) or vegetables in a tortilla wrap with cheese.
I do not mind if it takes 30-4- minutes when I am busy doing something else in the. kitchen.
I also love them with pierogies and sour cream.
Here is a batch red onions I just did, on top of my stove in my wok, to add to my maple duck as well as wil be cooking D’artagnan’s duck cassoulet which I will use caramelized onions 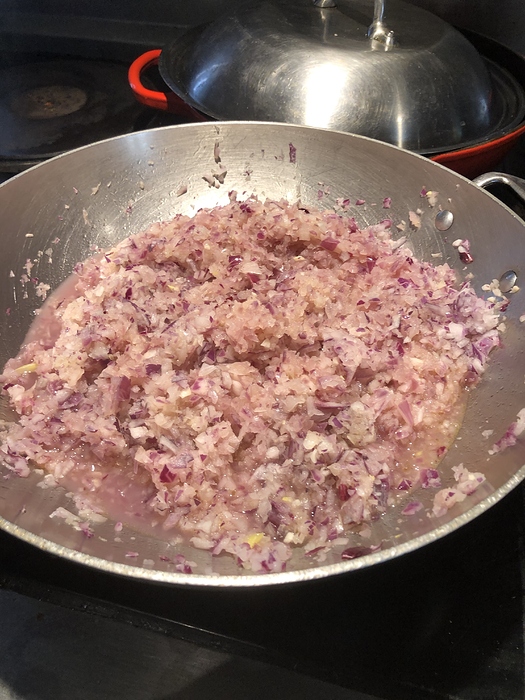 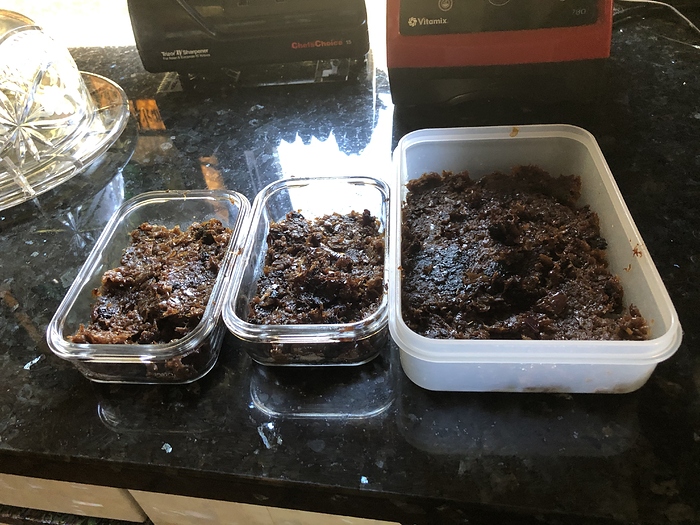 I made a mistake and sent the email to myself?
So, please check
Pls check on my answer to caramelizing onions on the stove.
Yours look great but 4 Hours is a lot of energy spent.
I bet it is delicious with butter but I have to watch my butter intake!

45 minutes on the stovetop isn’t too bad if you are doing other things in the kitchen. I have more pierogies in the fridge, and sour cream just waiting for more onions. I migh try it stovetop next time!

I like this tip of freezing sliced onions. Never thought of it, but makes perfect sense. Unlike with many other food items, we actually like freezing to break down cell walls. 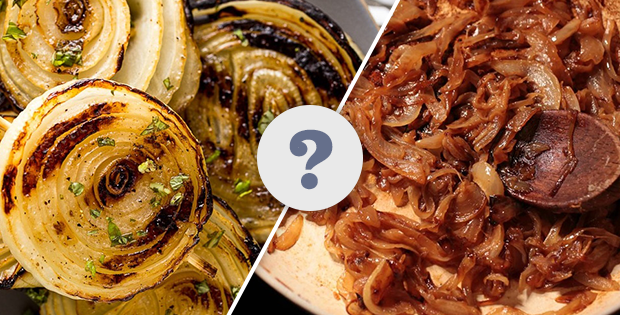 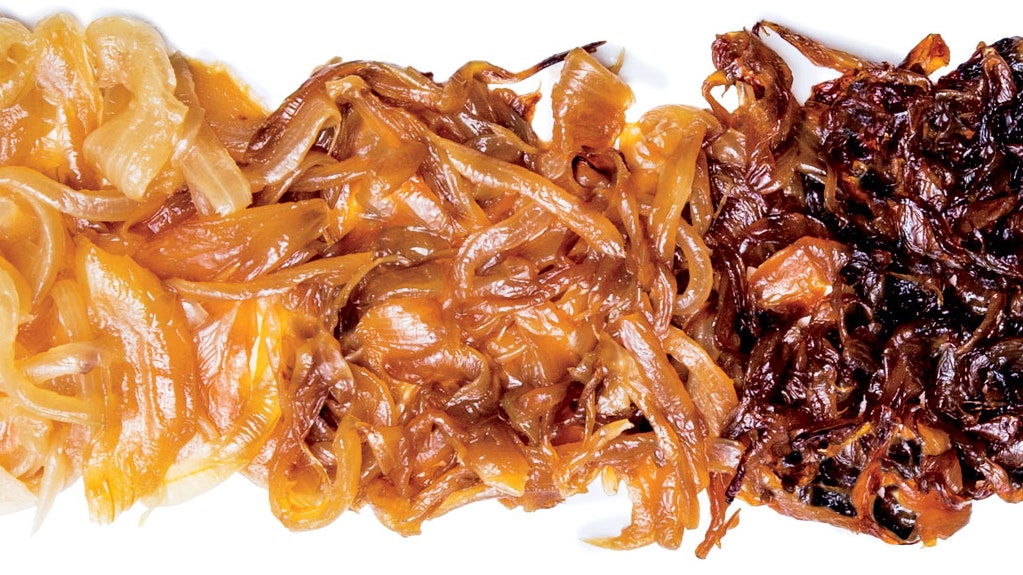 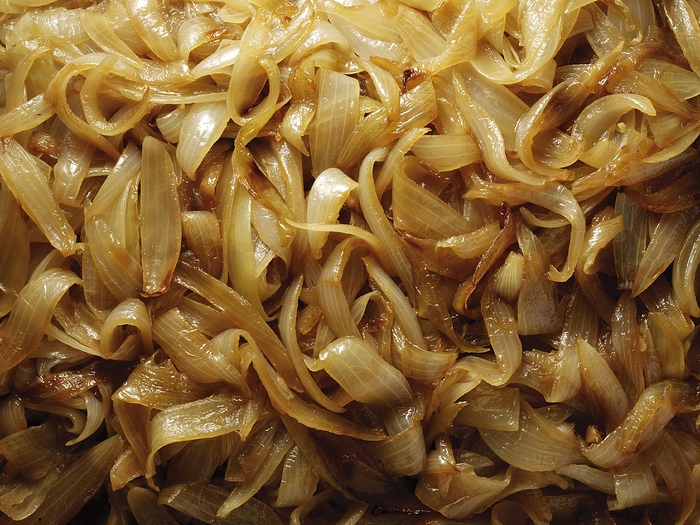 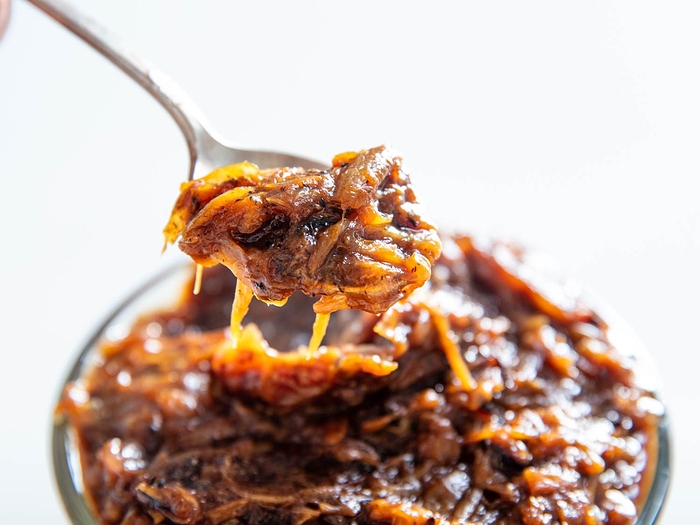 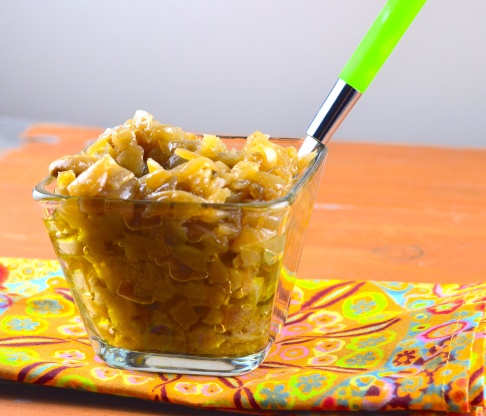 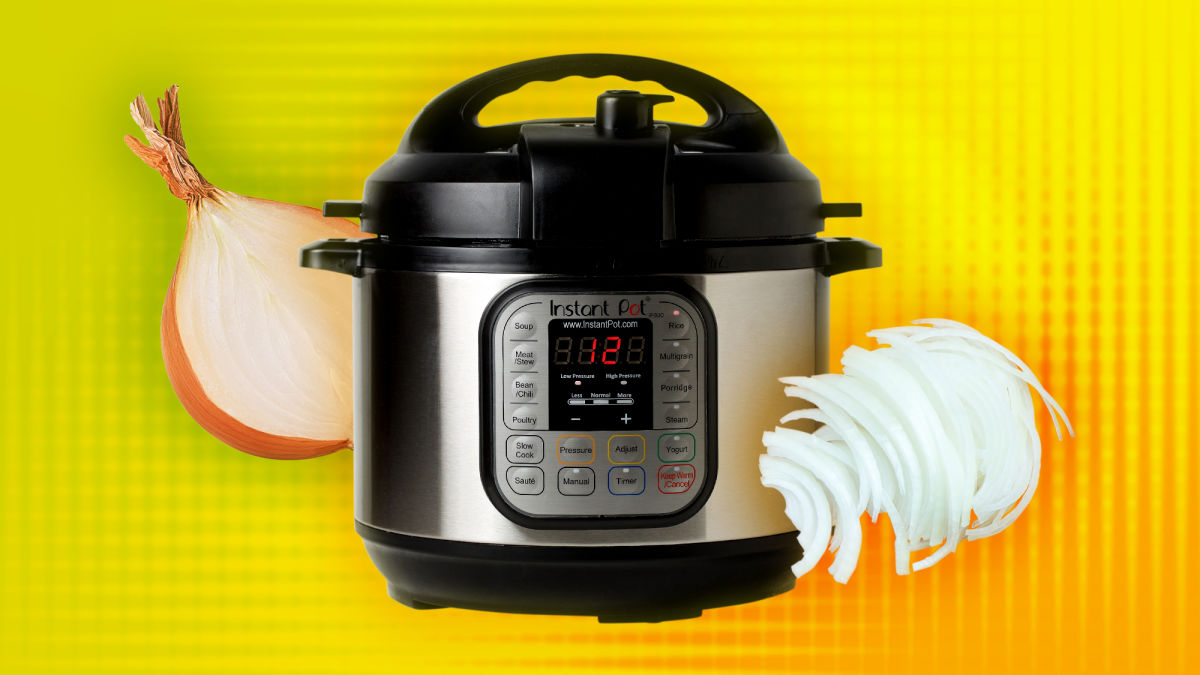 One post in that thread describes cutting onions pole to pole, which sounds similar to what an instructor I had called feathering. Looks amazing but my family didn’t like the texture, at least in the frittata I made. Those onions were sautéed and not carmelized, and were too hard for them to cut and chew.

Really nice in a raw prep.
"The one part of this recipe you have to pay attention to, is “feathering” the onion. "

This might be better when it comes to cooking them.