I’m currently doing WW…the palm sugar would be 1 point per teaspoon, like other sugars.

And THANKS for the recipe. We’re Thai freaks chez moi, so a low point Pad Thai is going to be a hit!

Cool! The recipe looks worth trying. More Chinese-like than mine, and with different technique. But I’ll pass it along and try it, too.

It slipped my mind that freezing raw shredded cabbage first would speed the final dish, regardless of cooking process. The cell walls rupture so even if cooked without thawing/draining, the water exuded cooks off fast.

No, no extra points…the sugars were in the cabbage to begin with, so caramelizing them adds nothing.

Yes, please expand on your recipe!

Sure, Sunshine. Most efficient might be to say that the keys to success here are the sauce as well as the cabbage. The sauce and other preparation I take pretty much exactly from this link, expect that I used tofu and chicken-thigh rather than the pork and shrimp: 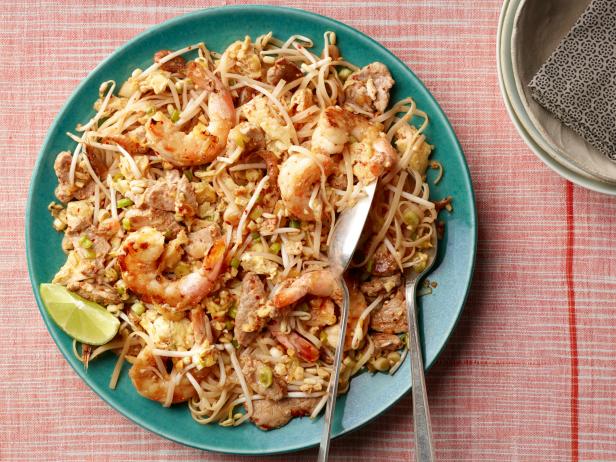 As to the cabbage, you can follow this treatment and thereafter use the cabbage more or less as you would softened rice noodles:

I think I might actually like this more than the usual rice noodle prep, because the cabbage adds some flavor (where rice noodles really don’t), but the cabbage does not have any of that cruciferous smell somehow. It’s subtle and not assertively cabbagey. Good luck!

Yes, when cabbage is sauteed, it becomes unctuous. I use it liberally in meatloaf and frikadellen, where it adds moisture and is nearly indistinguishable from the onion in the recipe. I also use it in my version of French onion soup, 3:1 onion to cabbage ratio.

YUM! I used both of the linked recipes as a guideline, plus the advice for salting and draining the cabbage.

I used a packet of Passage Food’s Pad Thai sauce, which is fast and delicious.

Great recipe, and the fact that it’s low points is even better.

Researched a few recipes and made this yesterday. It was great!

My cabbage pad Thai mixup…mixtape? I’m going to look for the right word. I looked at many recipes, and it evolved over a week. It ended up including two kinds of reconstituted dried mushrooms (shitake and chanterelle), green cabbage, wilted a bit with a but if salt, green onions headed for a new life in the garden, bean sprouts with a yesterday use by date, some chicken I roasted for husband, “true Thai” basil from the Aerogarden, and 2 eggs scrambled in the wok that would have added more… 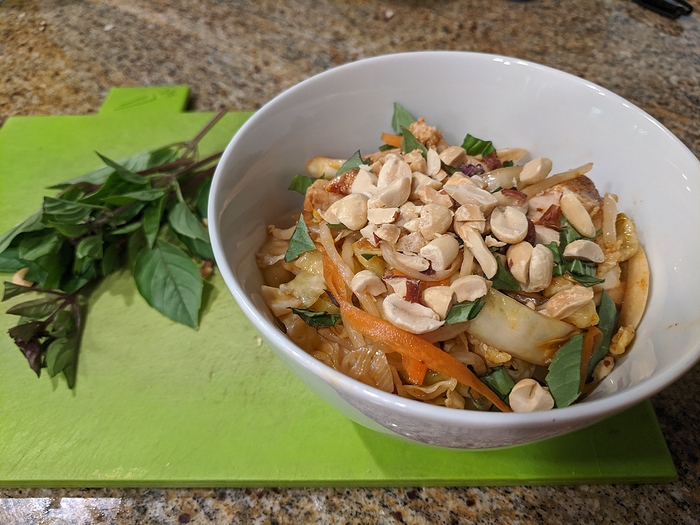 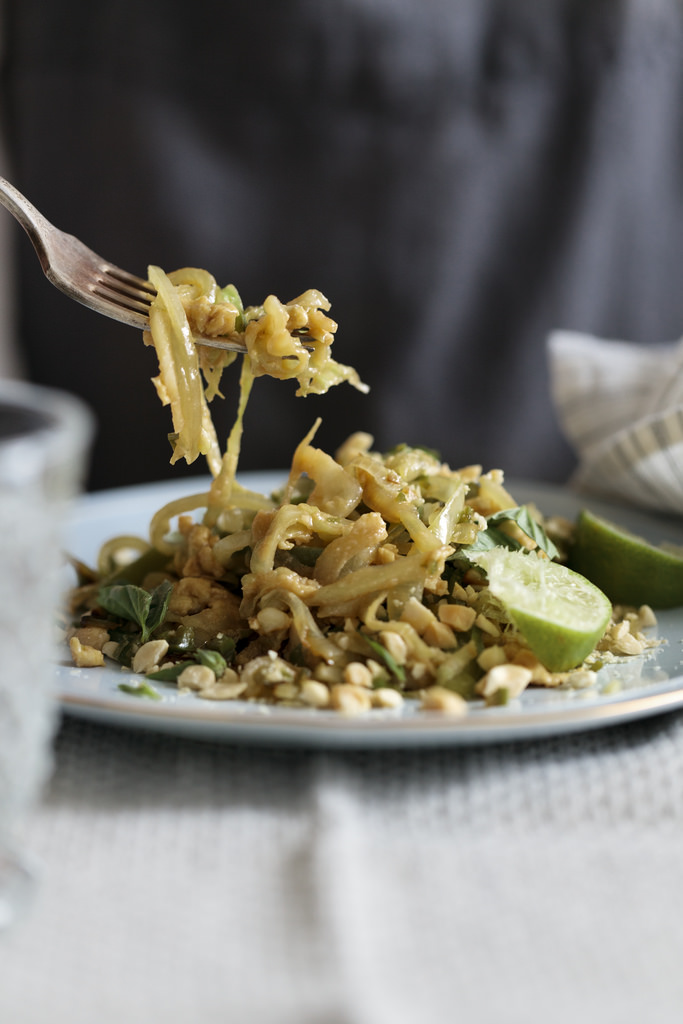 Love Pad Thai? Then you NEED this low carb pad thai with cabbage noodles! It's low calorie, too, and the portion is huge! 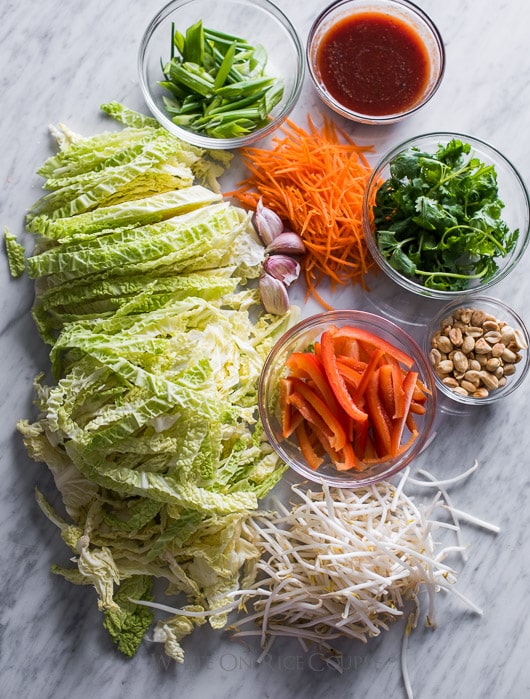 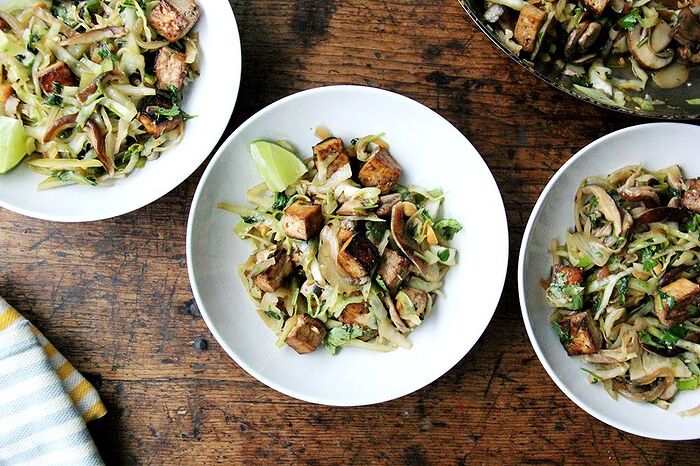 This tofu and cabbage pad thai recipe has been adapted from Andie Mitchell's Eating in the Middle, this one combines two loves: Thai food and cabbage.

Looks delicious. Thanks for the links and tips.

Wanted to add here, if you’re not averse to Soy, shiritaki noodles are great, and are diet, low carb and WW friendly. Don’t know how many, if any WW points. They can also be used for stroganoff, ragus, and the like. Delicious mixed with basil pesto too. Many ways to use them.

Have you rinsed them thoroughly @Sunshine842? If so, then maybe they’re just not for you. They can have a weird smell when first out of the package, and we’re all so different when it comes to flavor, mouth feel, and the like. Think I read somewhere about a type of pasta with very few WW points. Can’t remember the name though. Will try to find, maybe someone else is familiar.

I’ve never tried the tofu version, but I like the (original) yam-based shirataki for its own sake, in suitable dishes (soup, or things with a “soupy-thin liquid”, sukiyaki for example being an iconic use for them), but definitely not as a “substitute” for wheat pasta, nor “sauced” with thick/Western sauces. I doubt I’d want to eat a whole bowlful of them either, but I’d probably like them in moderation in pho. (And steering back to the original topic of this thread, I’m not sure if they can handle being stir-fried, but in terms of the flavor (what there is of it) and texture, I might even like them in pad thai…)

Think I read somewhere about a type of pasta with very few WW points. Can’t remember the name though.

So-called “glass noodles”, maybe? They’re made from mung bean starch. They’re softer than shirataki (at least yam-based shirataki), so not as “chewy”, but they are very broadly similar to shirataki and have a similar lack of inherent flavor. Personally, I think they’d be awful with most Western-type sauces, but that’s subjective, and they might work for some as a substitute for angel hair pasta…

No, not glass noodles, but a pasta made with something diet friendly; will have to research. I do like the thicker shiritaki noodles with Western preps, but can well see how others might not @MikeG.

How to Press Tofu to Remove Moisture 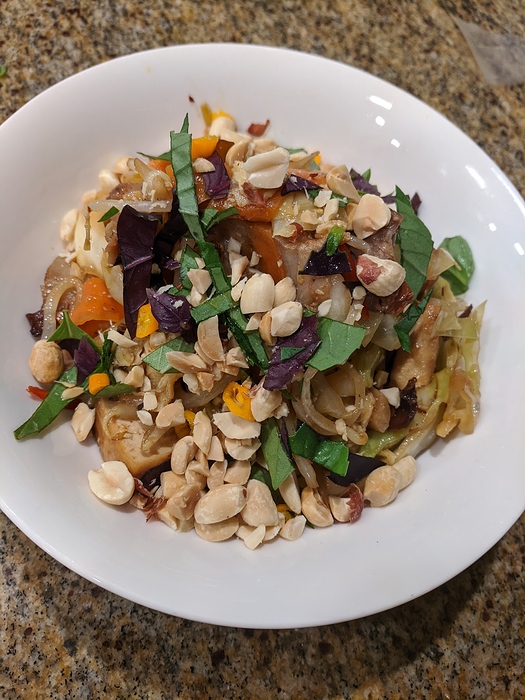 They’re better If they’ve been sauteed, but still not something I would choose.

I’d rather do the cabbage as above or zoodles.

Understand @Sunshine842, they’re not for everyone, that’s for sure. Guess I’m fortunate I like them. However, I have a months old package of them in the fridge I’m afraid to open now…due to age.