Hi guys! I was never big on burritos, but I’ve decided to try making some at home. Problem is, besides meat, rice and beans, I have no idea what to put on there. Google isn’t helping. Plain old roasted veggies seems too bland. Any topping ideas/suggestions?

Thanks in advance
Gustavo Woltmann

Start out with a flour tortilla, taco meat, shredded cheese, crispy iceberg lettuce, maybe some chopped tomato. Refried beans, salsa, sour cream, guacamole on the side with tortilla chips. Once you start adding in rice and beans you wind up with a cheap filler food burrito like Taco Bell. Unless of course you like that kind of thing. To each their own.

ETA: I just zoomed in on your avatar. Guess anything goes nowadays here.

Here’s my go to . Been on a kick for the last month. Guerrero Riquisimas flour tortillas. I like these ones seem to be more fatty . My secret ingredient. Taco Bell canned refried beans . Heat the tortilla in a pan until soft . Maybe 30 seconds. Add a tablespoon of grated cheddar cheese if you want . To maybe 3 tablespoons of the beans that have been heated stovetop. That’s it . I’m not into salsa or any other fillers
I like my burritos tiny . Not the ones that are the size of a great white whale.

Rice and whole beans are the essence of Mission burritos. Southern California and especially San Diego hold them in contempt.

Cilantro and onion for sure.
I’d put peas and potatoes in mine.
Also, wet or dry?

There - I think I covered most of what you can’t put in a burrito. 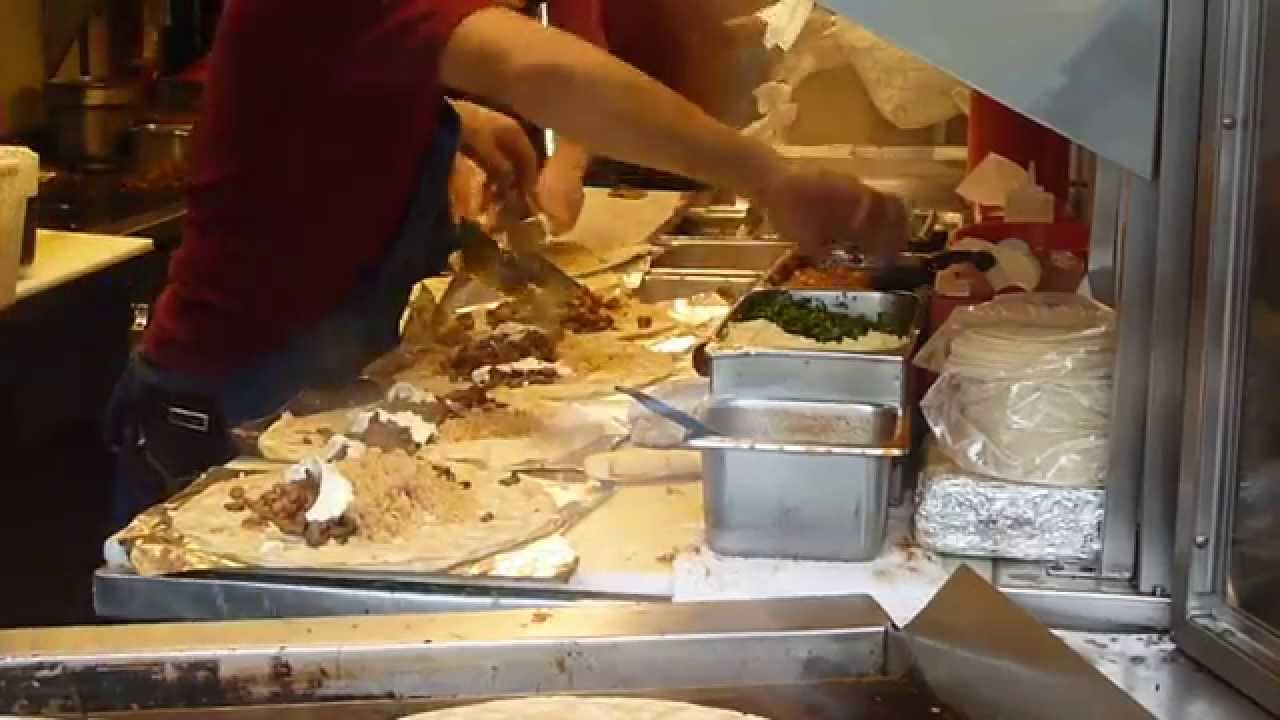 Anything you might serve over rice, you can probably serve it over less rice and make a burrito out of it.

Most kinds of salad can go into a burrito. If you want to.

I like the idea of a breakfast burrito, which can be eaten at any time. Soft scrambled eggs, some cheese, a slice of bacon or some cooked breakfast sausage and a dash of hot sauce. That would do it for me!

Spices will up the flavors.
Cumin, paprika, all sorts of powdered chilis, cilantro, garlic, etc.

Wow! Those tortillas in the video are huge and so supple. Don’t think I could make them that large.

The assembly line in a San Francisco tacqueria is (as the old saw goes) poetry in motion. And, yes, elsieb, those tortillas are big. A finished super burrito looks like a man’s size 10 shoe. Maybe 11.

At that point, I’d call it a wrap instead of a burrito.

Word. A burrito has a flavor profile as well as a shape or structure. The profile is wide but there are limits. Not to say that the popular food industry hasn’t co-opted the word to encompass many “abominations”.
Here is a pretty good description of styles, although, as a San Franciscan mission style devotee, several push the envelop and curl my hair, to mix a few metaphors.

That’s a pretty good delineation of the whole shebang.
We had a guy here called Burrito Man that made wonderful true Mexi style, thin with just meat and a strip of pepper laid the length of the tortilla before folding so that you got a bit with every bite.
He ran a route of all the factories and fruit packing plants but he would stop in at the Goodwill as-is too.
Haven’t seen him lately.

I would LOVE that burrito!

We too are missing seeing some of our favorite people in the last months. All good thoughts go out to them.

A burrito has a flavor profile as well as a shape or structure. The profile is wide but there are limits.

Is this something where you would say “wrap” is (more or less) anything goes, but “burrito” is quite a bit more specific?

several push the envelop and curl my hair, to mix a few metaphors

They’re not completely mixed yet until they push your hair or curl the envelope.

Rice and whole beans are the essence of Mission burritos. Southern California and especially San Diego hold them in contempt.

I hold burritos in contempt in general. I’m 60ish and grew up in Texas and they were never on the menu.

I love rice, beans, guacamole, fajitas, carnitas etc. but not on a giant tortilla.