I did once burn a stick, and so I’ve reacted in the opposite direction. Now, I get cold feet (or hands) when I make it.

I generally get it off the flame after the foam has dissipated. Then, because I saw this neat trick, and I love neat cooking tricks, I pour it into a container & throw in an ice cube to stop the cooking process.

Should I (a) wait longer (b) not throw in the ice cube so as to let it continue cooking?

What are the stages of browning you’ve noticed?

My initial feeling is that the ice cube should be unnecessary when you’re pouring it into a container. Getting it out of the hot pan and into the container, seems cool enough already.

If I tried to make browned butter, I’d be snuffling a lot

- I think there’s a smell change that happens.

This recipe was shared on the baking thread a few weeks back and is on my to try list. The browned butter is explained and demonstrates a very straight forward way to use it. 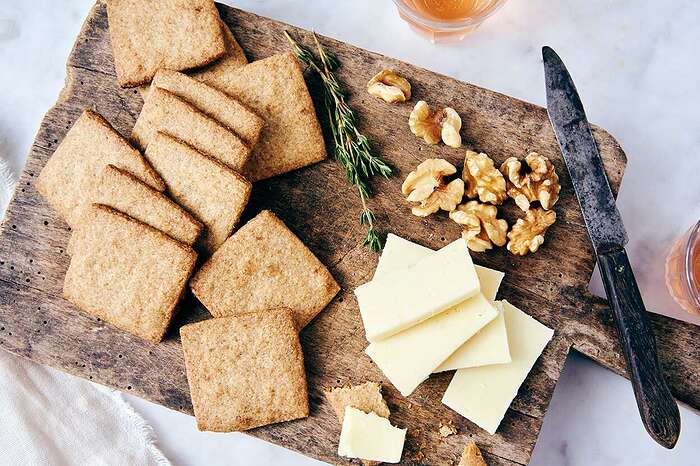 I would never think to add an ice cube to hot melted butter.

I’m not a browned butter exper,t, but i would think it depends on what kind of butter you use. Some butters have more water than others and putting an ice cube in there might not be the way to go.

I’ve definitely had it go from noisette to noir in the blink of an eye.

I start the butter on medium and simmer until the water is cooked off and the splattering stops, then turn it down a notch for slow even browning, whisking frequently. I dip the pan in a bowl of cold water to stop the cooking.

I would never think to add an ice cube to hot melted butter.

If the butter is going into something that has water anyway, it won’t matter. But it often isn’t.

Ravioli with browned butter . It has to be cooked in a stainless skillet. Able to see the butter turn its color . I like to add sage . Cooks very quickly. Medium heat . Tiny bit of water added in the end . Add cooked ravioli and toss . The best water to add is the water the ravioli was cooked in .

No, I mean in creating browned butter. I have never seen that recommended in a recipe to cool down the butter. Wouldn’t it ruin it?

No, it wouldn’t be ruined, just watery. If your recipe says “now add a half cup of water” (or milk or whatever), then you’re good to go. If there wasn’t supposed to be any water, then yes it could be a problem. Example: see emglow101’s ravioli, where adding water is the next step, so wouldn’t make any difference.

No, it doesn’t ruin it. I put it in the fridge to firm up. The fat will solidify and you can poke a hole in the surface & pour off the water. If you want to. The point though is to add the water that’s been taken out. If you whip it in it gets very fluffy & creamy.

Thanks - I’ll try the cold water bath. It’s annoying to ruin a stick (or two) of butter.

Just a random thought - while many recipes can be made in pots & pans of different shapes and different materials without really affecting the outcome, browning butter easily without burning it might be an exception. I don’t know what you’ve browned butter in (i.e. you may have solved this part already), but if the stuff has frustrated you it’s possible that some little thing like that is causing more than its share of trouble.

Conventional wisdom for most foods is that something that includes a thick layer of aluminum or a thick layer of copper is the most “forgiving” in preventing burnt food compared to plain stainless steel or basically anything. AFAIK this is because they heat more evenly with fewer hot spots. Bare aluminum should also be easier than bare stainless if they’re both thin. Cast iron usually stores too much heat for this (keeps on cooking after the heat is off), but somehow I don’t imagine people ordinarily using cast iron saucepans anyway.

And then again, maybe browning butter goes against conventional wisdom - I wouldn’t know. Even just making a change for the sake of change might create a browned-butter revolution.

When it just turns color, take it off the flame. So that’s at light caramel. If it doesn’t get to the color you wanted off-heat, put it back on for a few seconds at a time.

I try to use a pan that’s commensurate with the quantity of butter - a much larger pan risks burning faster in my experience.

(I make (cheater’s) ghee on and off from butter sticks a few times a year, which is just strained clarified butter - or brown when overcooked. A larger quantity definitely helps to prevent burning, so depending on how often you use it, you may want to consider making a more and storing it for later use - outside the fridge or inside).

So, is browning the butter worth the extra step? Say a recipe like this: 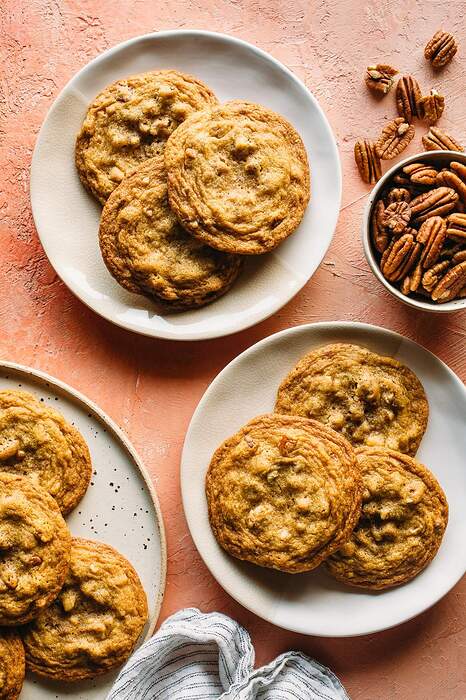 Love butter pecan ice cream? Then bake up a batch of these Brown Butter Pecan Cookies. You'll love them!

To brown or not to brown is my question.

The main thing that your post conveys to me is that you are reluctant to make two batches, as if perhaps you weren’t aware of the depth to which the Willing Volunteer Cookie Testing Brigade has infiltrated our society.

I’m asking if the browning step is that distinctive in a cookie.

So, is browning the butter worth the extra step? Say a recipe like this:

Yes, I think so. Browned butter has a nutty aroma, you can’t find this in non browned butter. I think the bb will enhanced the pecan this case.

I’ve made Medrich’s cocoa brownies (iirc you like that recipe too) - browned butter version - and I could detect the toasty caramel notes from the extra step, even amid the intense chocolatey-ness.

(That said, I don’t usually - because I tend to use the microwave shortcut for that recipe, and exploding butter - especially during the browning process - is unpleasant to clean up

But yes, you can taste it. It’s lovely.

In agreement with @naf and @Saregama.

Now you give me idea, you mean one can make b butter with microwave? More details please!