And just like that, the days are crisp and the leaves are turning. Fall is here and we have decided to concentrate on BRITISH cuisine for Cuisine of the Quarter! I look forward to learning more about traditional dishes and culinary influences throughout the UK. Thanks to all who participated in the nomination and voting process - good practice for November 3 for our American HOs, for sure!

Thanks @biondanonima for organising the vote!!

This was a Twitter vote back in 2019 on Brit food. 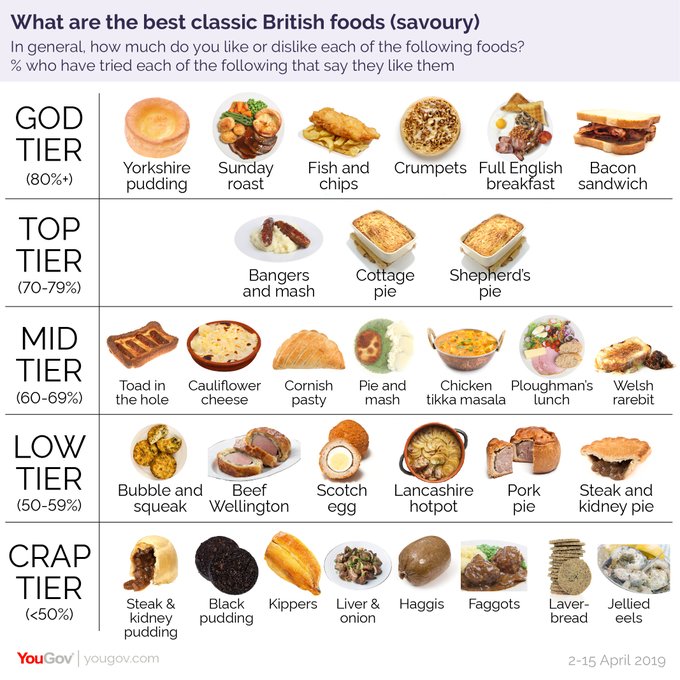 What breads to eat in United Kingdom? 10 typical traditional British national and local breads, original recipes, pairing tips, and the most popular, famous and...

Which ones will you make?

Probably I will make Chelsea buns, hot cross buns and jaffa cakes. Savoury dishes will be pies and pies and scotch eggs. Cheers!

Is this restricted to what naf’s Twitter survey indicates are “classic” dishes, or shall i just tell you what I’m having for dinner each evening? It’s a rare night that I venture outside modern British food.

FWIW, our “menu” for the coming week:

Nothing in that lot that’s adrift from British. As a small island nation, we’ve long been magpies about other nations’ food.

Is this restricted to what naf’s Twitter survey indicates are “classic” dishes.

Difficult to know where to start, naf. I suppose the essence of modern British food is a return to the old style of British food - seasonal (and preferably) local produce. The influential recipe writers over , say, the last 50 years are Jane Grigson, Delia Smith, Gary Rhodes, Nigel Slater and (to a lesser degree) Nigella Lawson and Jamie Oliver. But they are not really creating “classic” dishes but, rather, a style of cooking.

And you’ll find modern interpretations of older, more traditional dishes like, say Lancashire hotpot and Victoria sponge. But here’s just some dessserts which have been around a long time but still in very common use - gooseberry fool (or other fruits), trifle (Slater has various modern recipes - some even better than the one we do - which is how Mum used to make hers), Yorkshire curd tart, Bakewell pudding/tart, summer pudding, rice pudding,

And that’s before we get into any dishes, that owe a heritage outside of this small, cold, damp island - either due to immigration or, simply, Britons travelling overseas for holidays since the 1960s. Dishes like chicken tikka masala - suposedly created at an Indian restaurant in Glasgow. Or the much loved British version of a bolognaise sauce which bears a slight resemblance to the Italian classic.

I think that Fergus Henderson’s bone marrow with parsley on toast is considered a modern British classic. I’ve had it at his St. John’s restaurant but not made it. I have though made potted shrimp on a crumpet from Cornerstone restaurant. Not sure if the original had siracha on it but mine did and was very tasty. A good example of British magpie tendencies and updating the classic potted shrimp.

Apart from the lava bread and jellied eels, the bottom 2 tiers are some of my favourites. That’s Twitter polls for you.

A good example of British magpie tendencies and updating the classic potted shrimp.

We’ve had potted shrimp served warm on a crumpet at a northwestern pub that was very into our regional food. And it works very nicely as a pasta sauce.

I’m also not keen on jellied eels. Or the London style pie & mash - just too wet for my taste.

the bottom 2 tiers are some of my favourites

Right? How did Beef Wellington and Scotch eggs land near the bottom? Sacrilege!

Speaking of Scotch eggs, perhaps I will use this as an excuse to try my hand at making them. I prefer mine with a hard yolk, which DH won’t touch, but I suppose I can attempt one with a soft boiled egg for him.

I’ll leave Spotted Dick to someone else. What a name.

For context, for a year I lived in Yatling and worked in Aldershot.

Some things that really say “British cooking” for me are ploughman’s lunch, chicken tikka masala, and Cornish pasties. I should probably add fish and chips but I don’t like them breaded and fried fish much.

I’ve had a lot of good food in the UK. Most of it seems to be transplanted. That isn’t bad - I think it’s good.

I’ll leave Spotted Dick to someone else

One of a number of traditional steamed puddings. Their heyday was in the mid 19th century. This one was also called “spotted dog”. The spotted bit presumably comes from the raisins. The dog/dick is presumed to relate to dialect words for dough, although I have read that in Old English “pudding” might also be puddick or puddog.

If this one puts you , maybe search out a recipe for Sussex Pond Pudding which is just about the only traditional one we cook - and then only very occasionally. It’s another steamed suet pudding, in which you bake a whole lemon inside the pudding.

Or, as this thread is running into December, how about a traditional steamed Christmas pudding. Now, I’ve made traditional rich fruit Christmas cake,which is similar. But never the pudding. In truth, if we’re doing the family Xmas Day lunch, it’s far easier to just buy a good quality pudding at the supermarket.

maybe search out a recipe for Sussex Pond Pudding which is just about the only traditional one we cook - and then only very occasionally. It’s another steamed suet pudding, in which you bake a whole lemon inside the pudding.

For Modernists, it can also be used for savoury ingredients as well …

Spotted Dog or Spotted Dick are quite a namesake !!! Ha Ha …

naf - this is a good recipe:

Although not traditional, this recipe also works if you wanted to make individual puddings, rather than a big one: 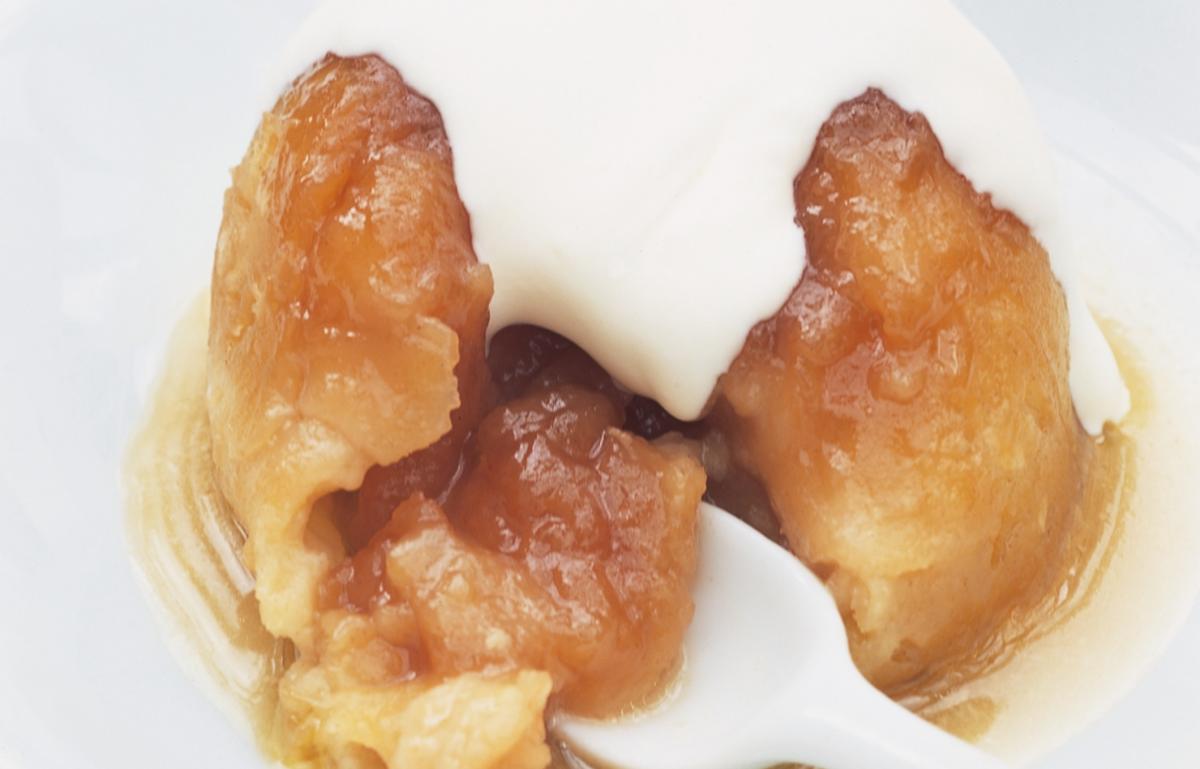 This is one of the truly great English puddings, which has, sadly, fallen victim to the health lobby. Originally, a whole lemon was placed inside, along with butter, and when the pudding was opened, all the buttery juices spilled out, creating a...

Is it whipped cream in trifle? A homemade one should be good.

Thanks for the recipe. Now the task is to find suet. In case I can’t find it, is there any substitution that is acceptable? Thanks.