This is the Squash and Black-Eyed Pea Coconut Curry [20230105_175300] I repurposed what was left of the Pico de Gallo Black-Eyed Pea Salad, and it tastes really good! 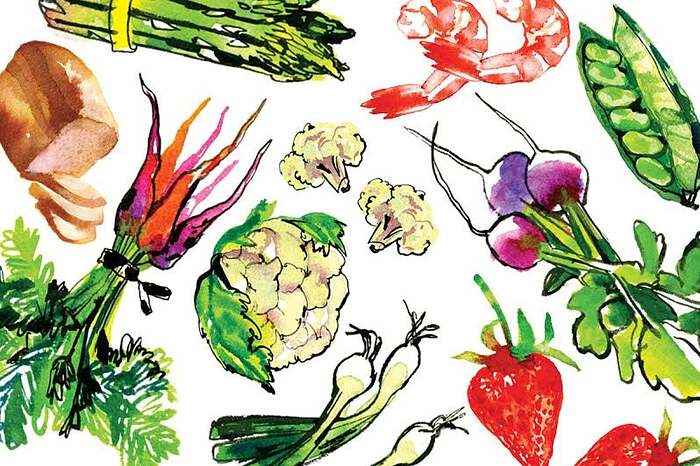 This satisfying bean soup is finished with homemade pasta bits called csipetke, which are pinched by hand.

I made a blinged up version of these, with more bacon, more onion, some garlic, celery and carrot. https://tourismnewbrunswick.ca/molasses-baked-beans-touch-sass 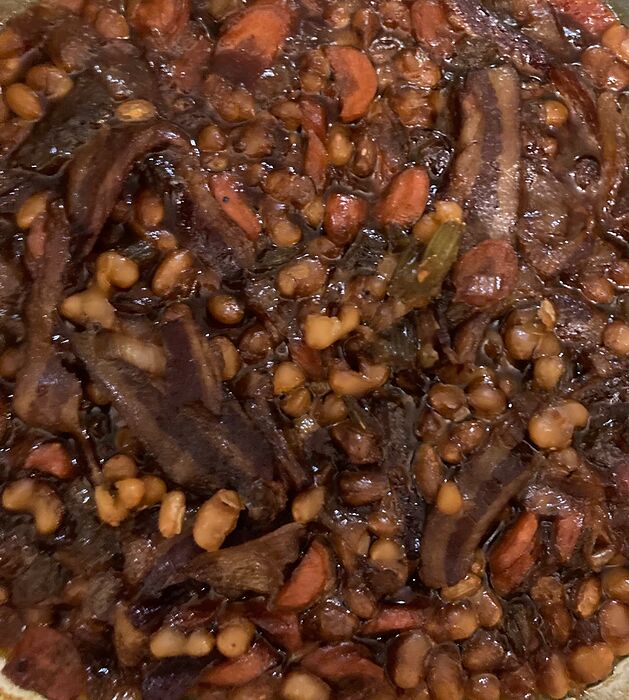 I love “blinged” baked beans. This is a recipe that appears at my mother’s Ohio church potlucks - I’ve never made it but always make sure I get some…along these lines (every cook has their variation) 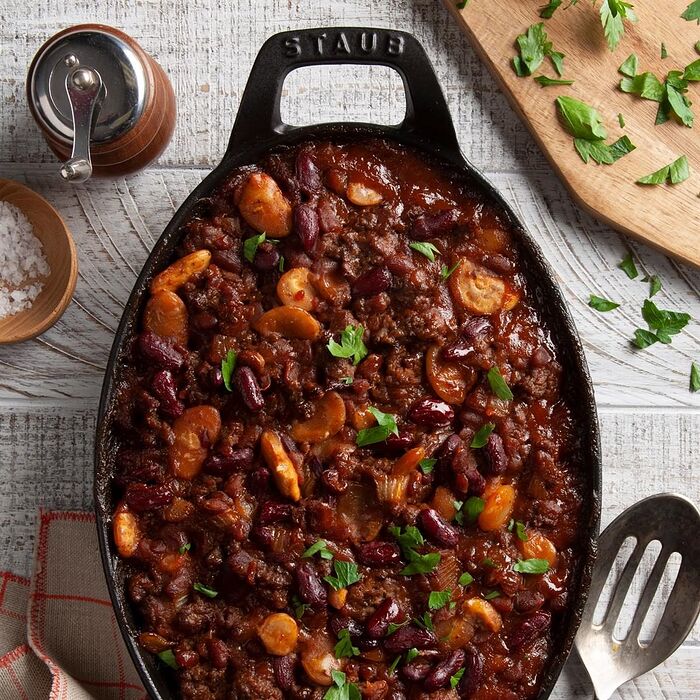 Packed full of beef, beans and bacon, this calico beans recipe is one of my favorites. Serve it as a hearty side or main dish. —Betty Claycomb, Alverton, Pennsylvania

I will make this one next! 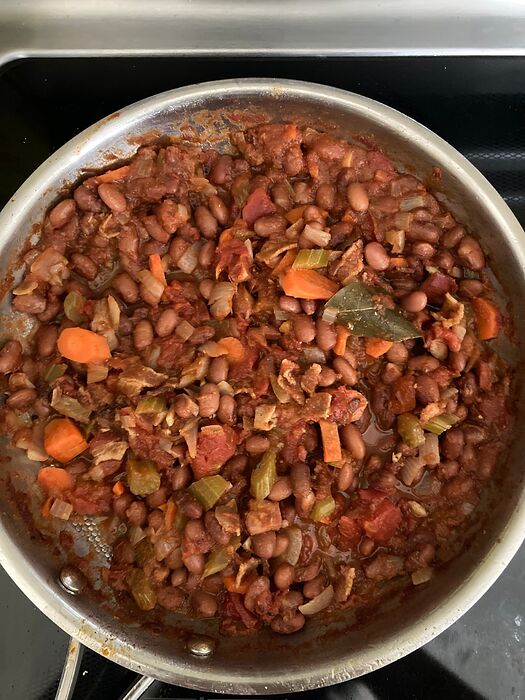 Based loosely on this recipe, and I added carrots and celery. 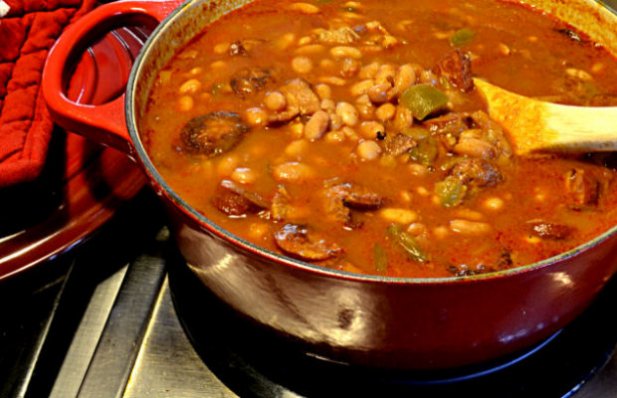 A delicious Portuguese beans recipe and linguiça dish that you will really enjoy.

I also made some Polish Breton beans with marjoram, allspice and paprika. 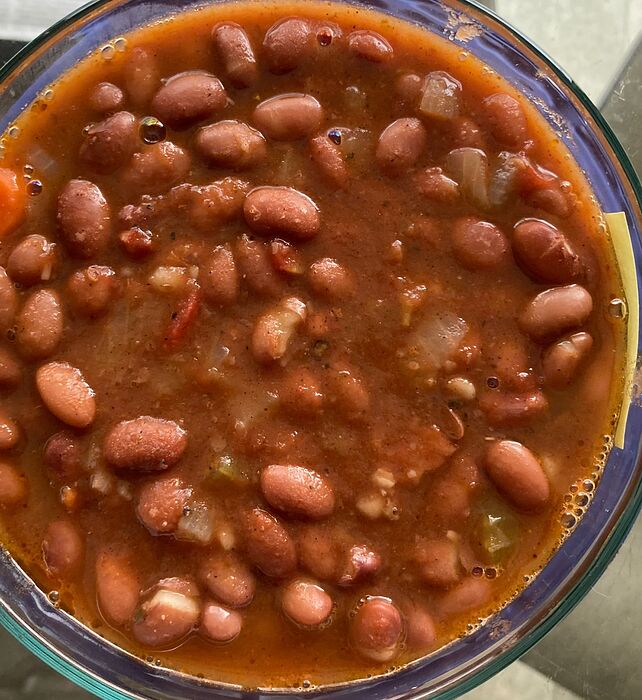 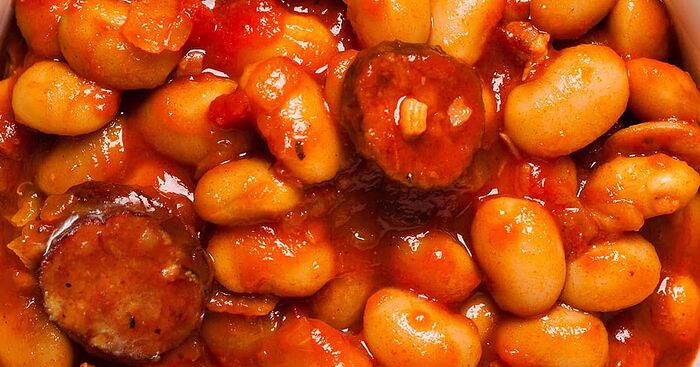 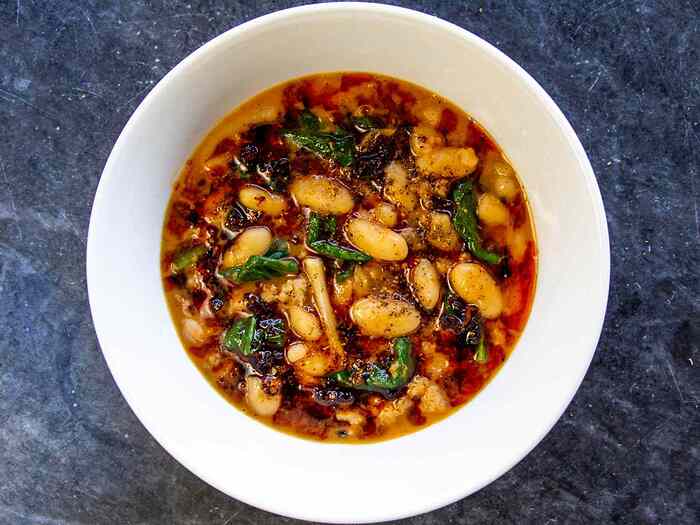 A quick-cooking riff on mapo tofu that's perfect for using up cannellini from a big batch of cooked dry beans. 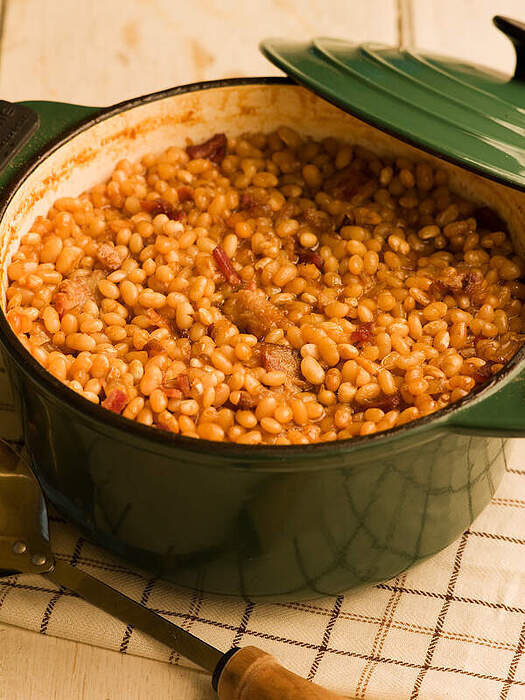 What does food ambassador for Prince Edward Island entail?
I like the idea.

Does every province have one?

The other provinces don’t really have ambassadors like that!

Newfoundland has another chef I’d consider to be similar, Mark McCrowe. I’ll find a bean recipe from his cookbook later. I can’t think of a food ambassador for Ontario. 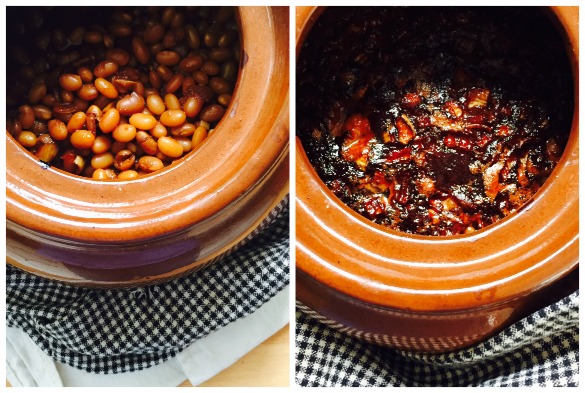 What’s nice, is that Michael Smith’s recipes allow flexibility, even invite flexibility, when it comes to substitutions, omissions and additions.

He isn’t one of those fussy recipe writers.

Thanks for posting these. I skimmed the Breton recipe because I’ve got some kielbasa I need to use. I was nodding along with the ingredients but pulled up short when I got to the ingredient “2 tablespoons dried marjoram”.

To me marjoram has a pretty strong, characteristic scent and I do use it, but usually with a light hand. When you make this do you use the 2 Tbs instructed? I’d be concerned it might be overpowering - do you find it to be a heavy presence in the dish or does it blend right in?

I wouldn’t use that much.
To be honest, I don’t measure my herbs or beans that carefully, and I never make a full pound of dried beans- so my Breton Beans recipes so far have been using the ingredients, with my own gut instinct in terms of how much.

Let me look at the recipe. When I make beans, I usually use 1 or 2 cups of dried beans, and 1 tsp of dried marjoram would be plenty for that.

The recipe calls for 400 grams of dried beans or 2 large cans of beans (800 g cooked beans), as well as around a lb of meat. I think 2 tsp dried marjoram might be the right amount, to start, but if you find dried marjoram strong, try 1 tsp.

(Or substitute 1 or 2 tsp dried oregano, if you like it better)

Thanks, I very much appreciate you taking the time to look back at it and offering your thoughts.

Here’s one I posted in another thread but it belongs here, too. Brazilian “Trooper Beans”. A traditional Brazilian dish from Minas Gerais, Feijão Tropeiro is made with beans, sausage, bacon, collard greens, eggs and and manioc flour.

I posted this over 6 months ago saying I was going to make this dish, but I still haven’t gotten around to it. I first had it from a Brazilian churrascaria food wagon in central Florida and really liked it.

I need to buy one of these, then I can get on it. Remind me of the Navy. Hold up twp fingers and rotate them back and forth. Time to “turn to.”

Interesting name. I believe it refers to Cattlemen that moved livestock around Brazil. They also traded along the way and dispersed news and gossip.

I just soaked and cooked a big pot of black chick peas. Someone in our household purchased them dried form a health food store. But I don’t know what to do with them aside from using them in a normal recipe instead of regular chick peas. Any ideas?

Many Indian applications (it’s called kala channa, considered both more flavorful and more nutritious than white, which is called kabuli channa ie from Kabul, and not native) – Stewed, salad, dip, take your pick.

You can use them exactly as you’d use white chickpeas. Usually black have a firmer bite, but it depends on how much you cooked them.

ETA: My dad loves these: his favorite prep is a simple chaat (minced red onion, tomato, cilantro, green chilli if you can tolerate it, maybe a bit of diced boiled potato, and chaat masala gently tossed) - here’s a recipe, but not everything in it is necessary. A Sundal is a similar snacky prep from the south, with coconut.

Another popular recipe is Amritsari chhole - like the ubiquitous Channa masala but with kala channa.

That said, we most often ate this as part of mixed beans rather than on its own, as its heavier to digest than most.

I know there are some Italian recipes, too.

I have only bought them once. 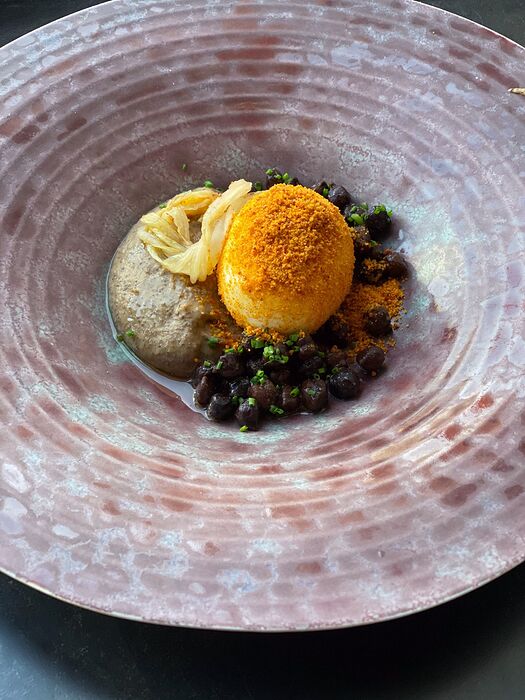 Wild Eggs with Nduja and Black Chickpeas: A recipe by the Italian Chef's...

Wild Eggs with Nduja and Black Chickpeas represents the innovative style of honoring traditional ingredients followed by chef Cesare Battisti. Since an

Black Chickpea Soup, or zuppa di ceci neri, is a hearty, rustic Italian soup with a deep, rich flavor, which is a hallmark of the Puglia region. 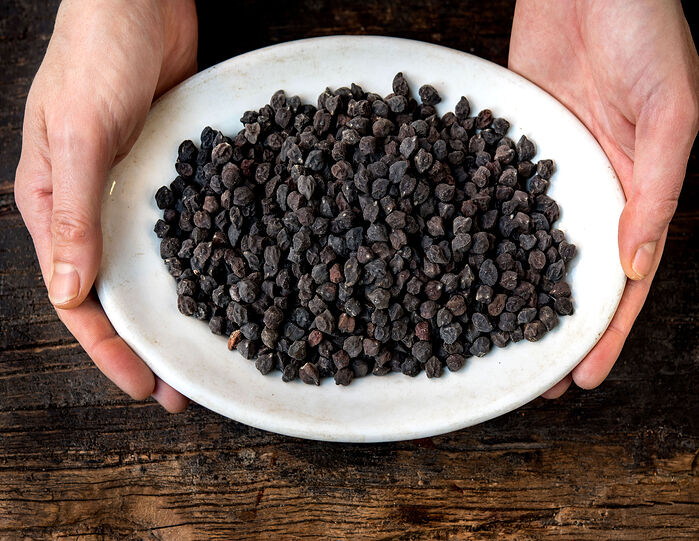 The Ceci Neri: A New Chickpea From the Old World

It may be a little trickier to find, but the black chickpea has an earthy flavor and a structural integrity that’s worth seeking out.

Rancho Gordo has led the revival of interest in Heirloom Beans. With a focus on products indigenous to the New World, or The Americas,