I like rats inasmuch as they are intelligent, empathetic animals (better than many humans) but comparing bats to rats is not on.

I had a young lady who worked for me who kept pet rats. She thought they were great. Nothing to do with hiring her. I hired her because she was so smart I thought I might end up working for her some day. That didn’t happen but she was great and very successful.

I like bats also, but not in or on my house. I’ve had bats in my house twice and found an exterminator who didn’t exterminate. They had “no harm” techniques for getting and keeping them out of the house and ensuring there was sufficient attractive nesting space nearby for them to relocate. I’d do that again.

Hmmm… I wonder if a gentle mist of water would discourage them. Presumedly, they’re seeking shelter that’s dry, and getting wet won’t harm them but might annoy them enough to leave. Maybe something like a mist nozzle.

There are ultrasonic bat repellers, but I’ve no experience with them. In any case, I’d avoid inhaling while walking under or near them.

Thank you @bogman, thank you all.

The one in the picture has moved on, at least during the day. I have thought about the ultrasonic device. I’ll have to look into it. 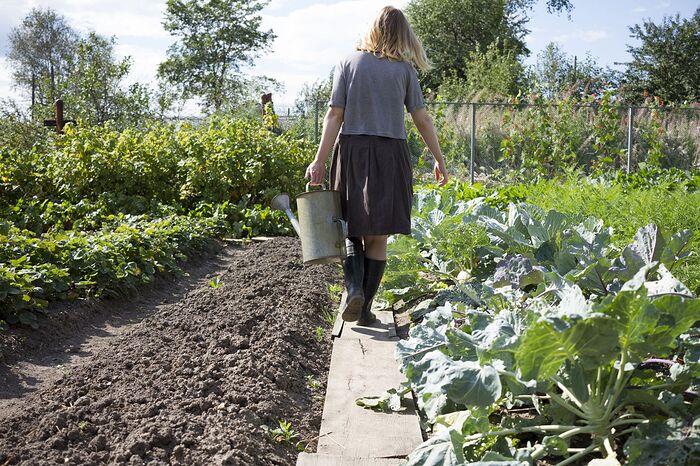 How to Make a Lasagna Garden

Lasagna gardens are no-dig, no-till gardens. They are created by layering organic materials wherever you want to make a new garden.