I’ve had them off and on for a long time, but for some reason I am noticing them more this year. My neighbor recently had some removed from her house, and put up a bat box, but I was noticing the guano before that. I know they are good guys, but I am always nervous about going in and out of the door after dusk, and they make a bit of a mess.

Does anyone have anything encouraging to offer?

Here are pictures from 2005 and now. Since 2005 I put plexiglass on the walls of my front entry to make it less attractive, but they roosted under the plexiglass! 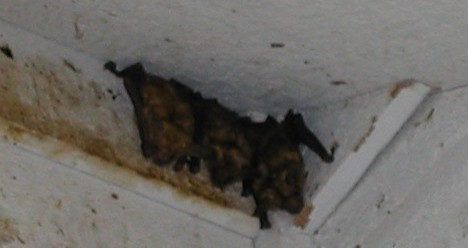 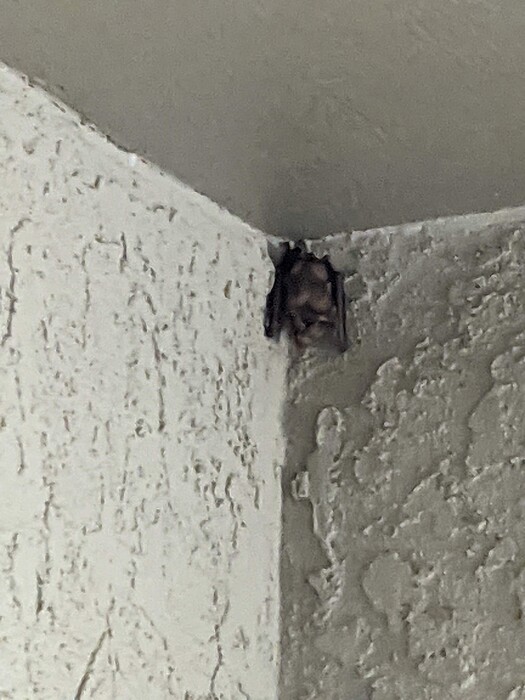 I recall rabies being a concern, and disease (viruses and bacteria) also an issue. Despite being a DIY person this is something for which I would turn to professional assistance.

Does anyone have anything encouraging to offer?

Unfortunately not. Where I am, all species of bats are a protected species. It is illegal to kill, injure or disturb them or to obstruct or destroy their roosts (even if the bats are not inside). Penalty can vary from a substantial fine to up to 6 months in prison.

Our weekend place is in bat country. We have had attic infestations. They always leave at sunset to feed on insects. Husband determined their egress. He put up a ladder and waited until they had left for the evening, then stuffed steel wool in the hole. Later filled it with plastic foam. No bats since.

An old time neighbor with bat experience advised us not to worry about live and active bats, but if a dead bat is found in the house, to consider getting rabies vaccine.

My first thought was a bat box to give the critters another home, but you have already done that. I would probably consult a bat control specialist too.

You might reach out to the DEC. They sent someone out to advise us on a destructive beaver (or a “nuisance” beaver, as the website would have it).

I.can see why you’re asking for help here. There’s so much conflicting advice online. I now know enough about bats to last me a lifetime.

Those bat houses seem to be hit or miss. Maybe start out with a bright spotlight at the entryway to at least get them away from there .

They are protected here, and I believe the professionals can get them out of your house, but not off of your house, which is considered their environment.

Just a nuisance, and not year round, so we will survive. I will try the bright light (ours are motion activated), and to encourage them to visit the new bat house. Neighbor says she was looking into bat attractant to help them find it.

They are protected here

They are rats. With wings. Convenient for keeping insects under control. Don’t want them in or on my house.

I’ve never had a problem with bats inside our cabin (mice, on the other hand…), and I love to see them flying around in the evening. I have a ton of bad video of this. The mosquitos would be much more of an issue without them.

On a positive note, bat guano makes an excellent fertilizer.

They are rats. With wings. Convenient for keeping insects under control. Don’t want them in or on my house.

I opened my door one time and there was a bat in front, in daylight Houston in the middle of summer. I instantly think rabies and close the door. An hour later it was gone. Plan B was 911.

Yes, since bats are protected, @jcostiones, couldn’t use his trusty shotgun @Respectfully_Declined 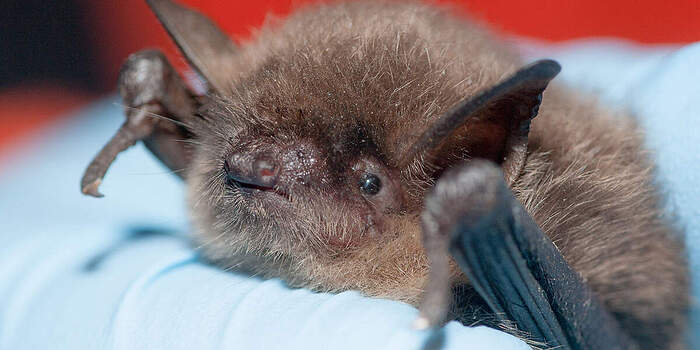 Bats in the Bay Area: Why they matter, and what we can do for them

Did you know that there are bats in California? Or even in the Bay Area? Not only do we have a large bat population in this region, but bats are an essential part of California’s ecosystems and they may be at risk. 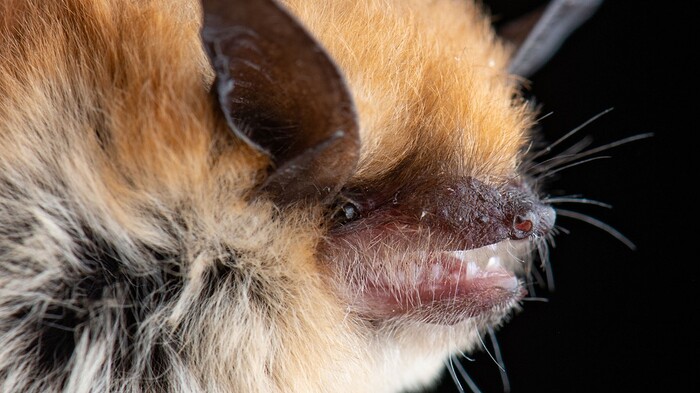 This survey, which is supported by the Disney Conservation Fund, is an opportunity to broaden awareness and interest in conserving species found in urban areas.

Yes. I thought they could direct me to the proper agency be it HPD, HFP, Animal Control or Texas Game Wardens. Nobody wants a potential rabid bat on their front doorstep.

Yes, since bats are protected, @jcostiones, couldn’t use his trusty shotgun

Excuse me, shotguns. I’ve never had to use one per se but one time I had some idiot pounding on my door way past midnight and I got off to the side of the door and loudly yelled I have a shotgun and will use it. Idiot went away.

@jcostiones, maybe I mis-remembered that story; apologies! I know I keep one by my front door, thought everyone did! Joking here now. Reminds me that DD1 while living alone, keeps a pair of very large and well worn work boots outside her front door plus 2 smallish dogs that sound big. Quite effective it seems.

So many people want to kill snakes but they are very important for rodent control.