baking powder or dry yeast is called for in the meat mix. why? I have never seen a meat mix include either.

Browning? Flavor enhancer? Not sure…

Baking powder is interesting… baking soda is often used as a tenderizer in kababs. 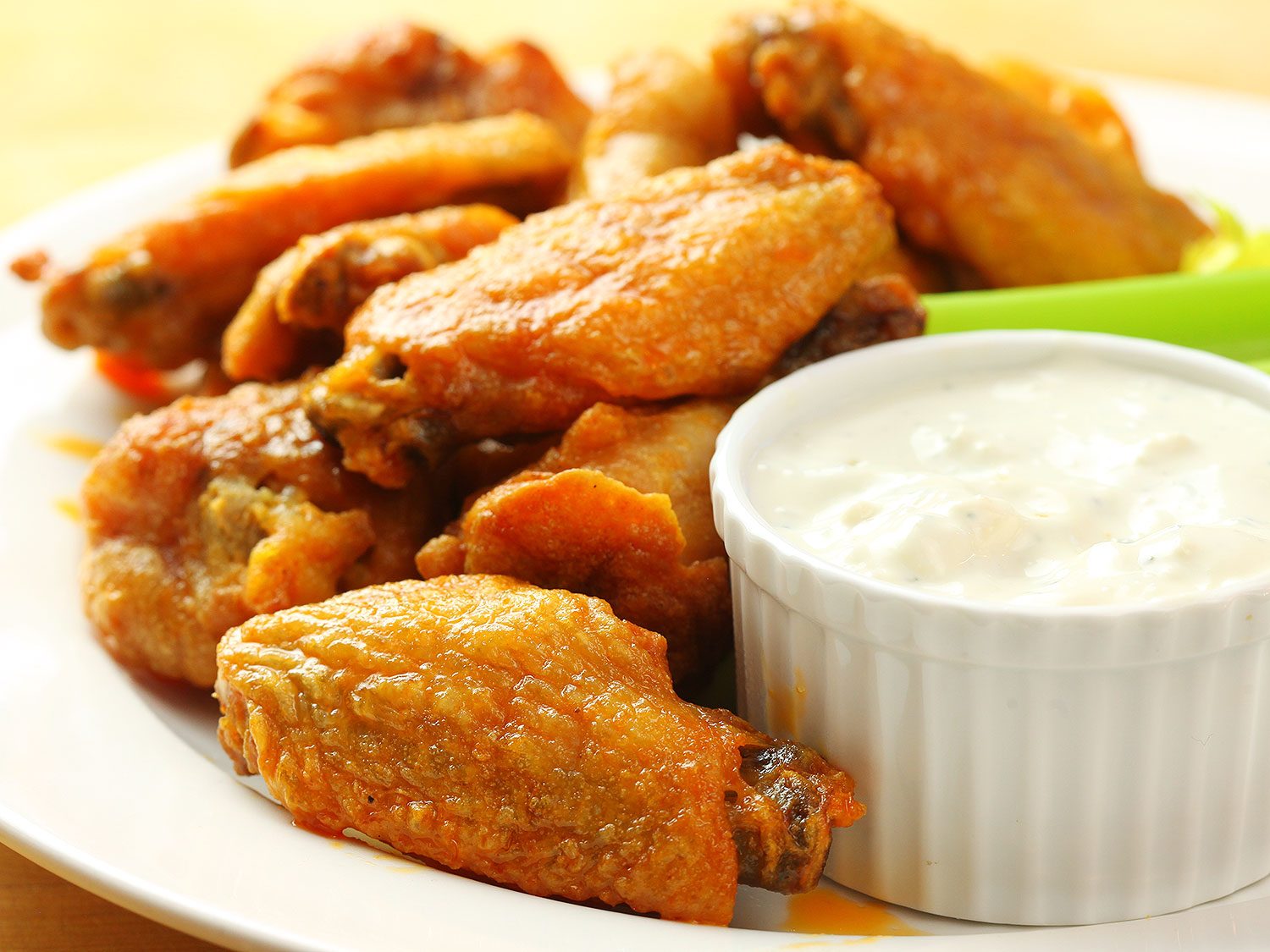 The secret to baked wings that taste just like real-deal, deep-fried Buffalo wings? Some baking soda. But, of course, this wouldn't be The Food Lab unless we tested 28 variations first to confirm.

Different ethnic group use different ingredients stuff to tenderizes their meat. Filipinos uses pineapple juice to tenderize their sate babe ( BBQ skewered pork, Koreans use pear juice for marinating beef for Korean charcoal beef which I do and even heard about using kiwi for meat but I have not tried it as pear juice are reasonable and if I cannot find pear juice, just use canned pear that I process in my blender) It does not matter if I am using fillet mignon ( usual ut I use for Korean charcoal beef) or rarely when I find Wagyu ( not the A5 which I cannot afford) on sale at the Asian store, I still use pear juice as one of the marinade.

Here is a article re how to use baking powder to tenderize meat. Hope it helps 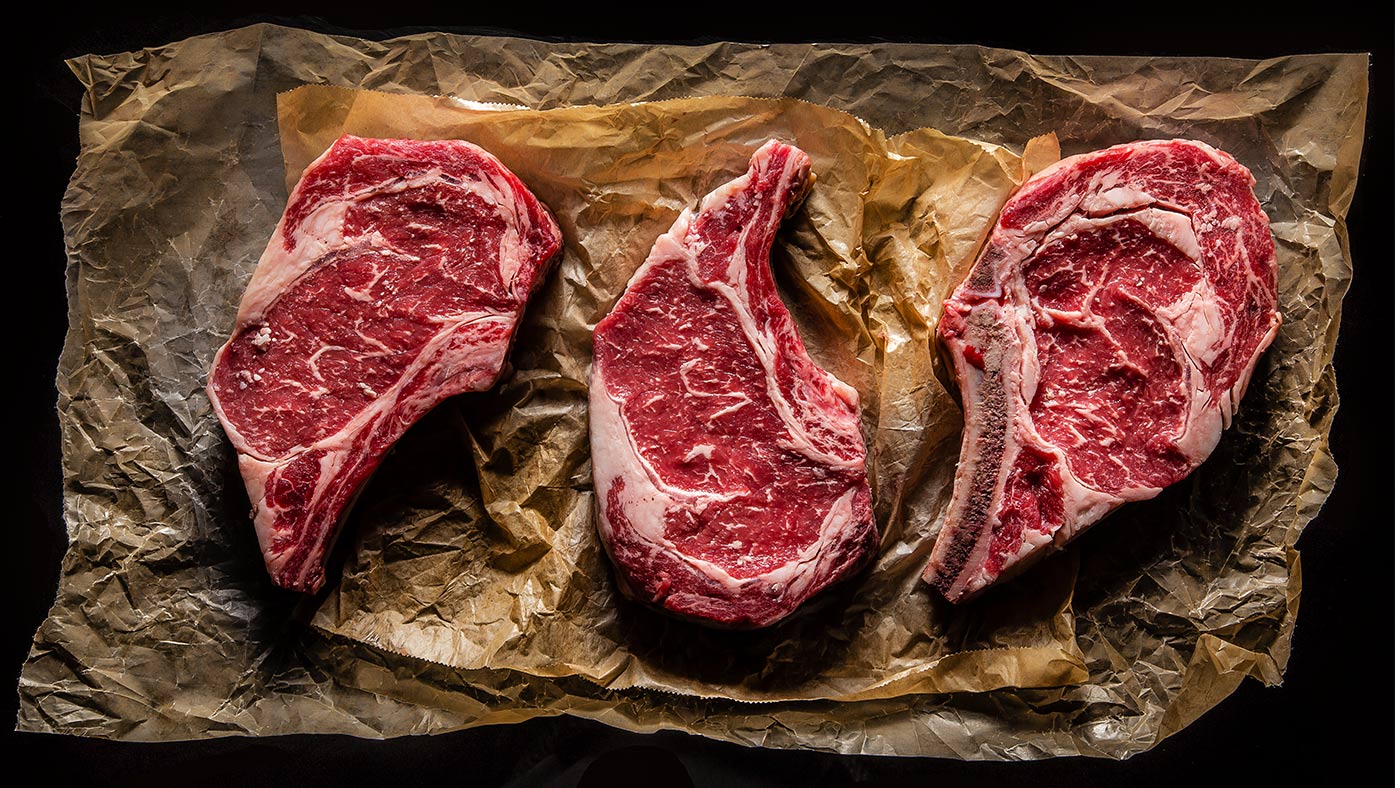 How to Use Baking Soda to Tenderize Meat

There are many ways to make sure your meat is tender, but this one uses a household item you probably already have.

How these answers your question.

Very generous of you. I did not know any of this info.

But baking soda and baking powder are not (exactly) the same thing… baking powder includes a second ingredient (the “double” in double-acting) that releases CO2 quickly when it’s heated, regardless of the presence of acid, while baking soda usually acts more as an “alkalinizer” than a leavening agent when little or no acid is present. (It also releases CO2 when heated, but not very quickly.) Is the “baking powder” originally mentioned just a “typo” or error in the recipe that calls for it, or does baking powder (actually serve some purpose (besides leavening baked goods) that baking soda doesn’t?

Those were my thoughts

as far as I know, the original suggestion years ago was either baking soda or baking powder but later on, the suggestion was changed to baking powder so that there will not be a certain taste to it.

He also suggested steaming them for 10 minutes which I did when I am using my Vulcan oven ( for large group of guest) but when I use my turbo broiler, I can only cook around 24 wings , the heat of the turbo broiler coming from the top is intense and it really makes the wings very crispy initial so, I omit that step of steaming
Here is the recipe nd one reviewer actually states that she may be crazy when she thought that initially, baking soda was suggested. She is not bec way back when Brown suggested alkalinizing it, around 2008 or2009, I use baking soda. 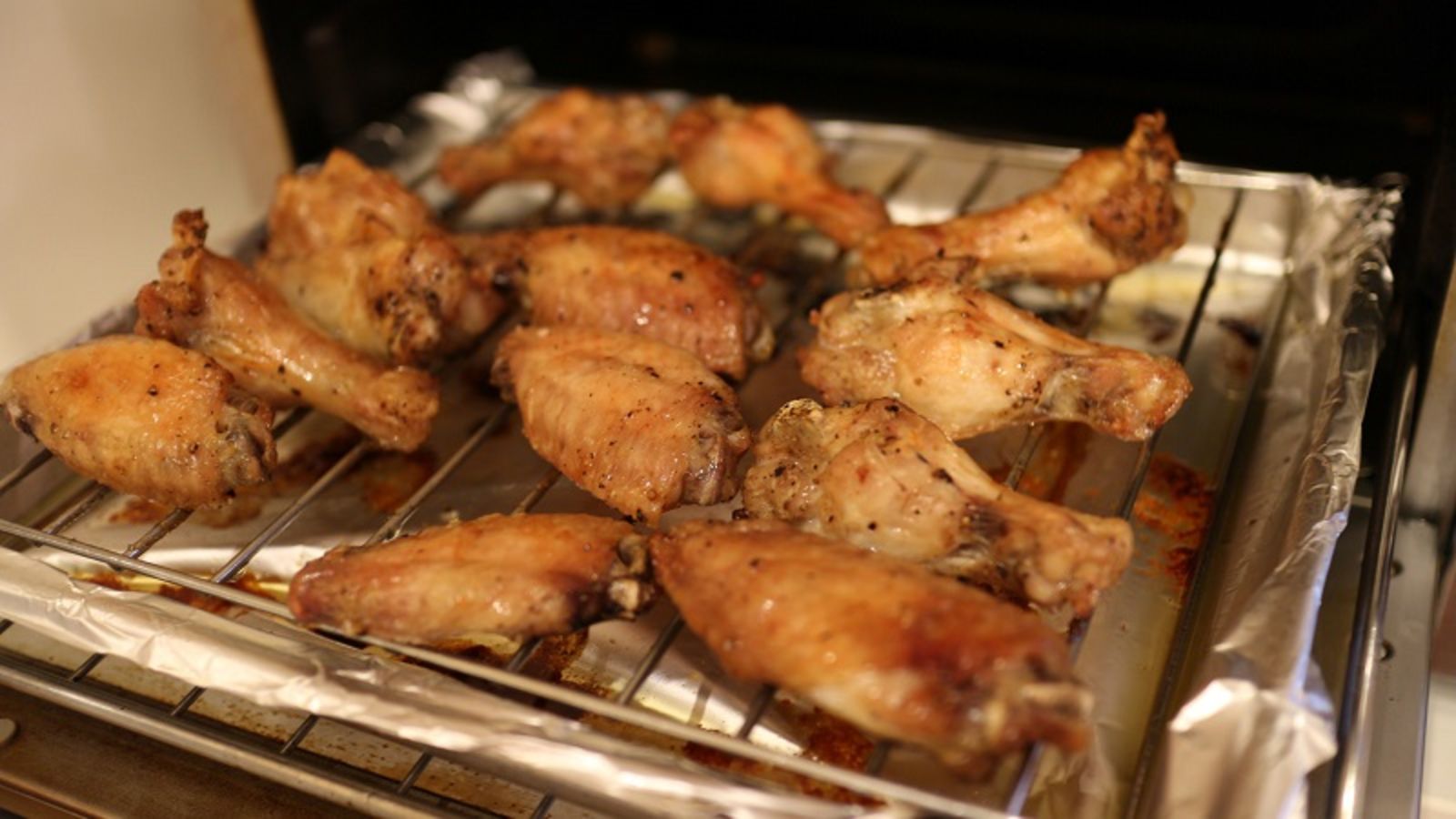 Perfectly crispy chicken wings can be easily achieved in the fryer or on the grill, but it’s much harder when you have to bake them. Unless, of course, you know food genius Alton Brown’s method.

I have been using that recipe of adding baking powder to my chicken wing for oven frying for years and it does work . Last year, someone at Hungry onion ( I think it is Junior Nojervedeci ?) use it for his scallops as well, I googled and started using that whenever I cook scallops.

Interesting! Thanks. Since there’s still “baking soda” (sodium bicarbonate) in baking powder, I wonder if maybe just using less baking soda would have the same effect, of still “working” but not lending as noticeable a “side-flavor”? Hmm…

aluminum free baking powder is so reasonable in the huge container from Costco and Sam’s ( 60 ounce for under $6.00) that I would follow the advise of the professionals who have experimented with it ( Alton Brown changing from baking soda to baking powder) as well as Kenji Lopez who unravels the secrets of cooking thru science in food lab has this to say about chicken wings aside from drier them overnight in fridge to give them that crispy skin.
[

My guess is “using less” is harder.

It’s not easy getting a little bit of fine baking soda to cover the outside - baking powder enables a higher amount to be used around without the lingering taste, esp as it has a self-neutralizer in the powder itself.

Bookmarking for my current wing project. And this one from Alton Brown.