Bake your bread, make your desserts 2020

I succumbed to a baguette baker from amazon today…

Anyone have baguette tips?

It fits 2, I’m hoping to experiment with a regular one and a GF one this weekend… 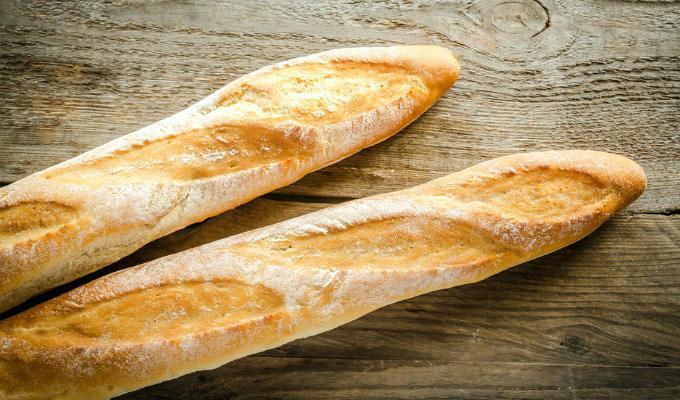 I like a drier dough for baguettes than I use for a boule - I find it makes shaping and slashing easier, and gives me a slightly less holey crumb (which I prefer). 62-65% hydration as opposed to 70-75% for my usual levain boule. Do you plan to use levain, poolish, or do a direct rise with commercial yeast? 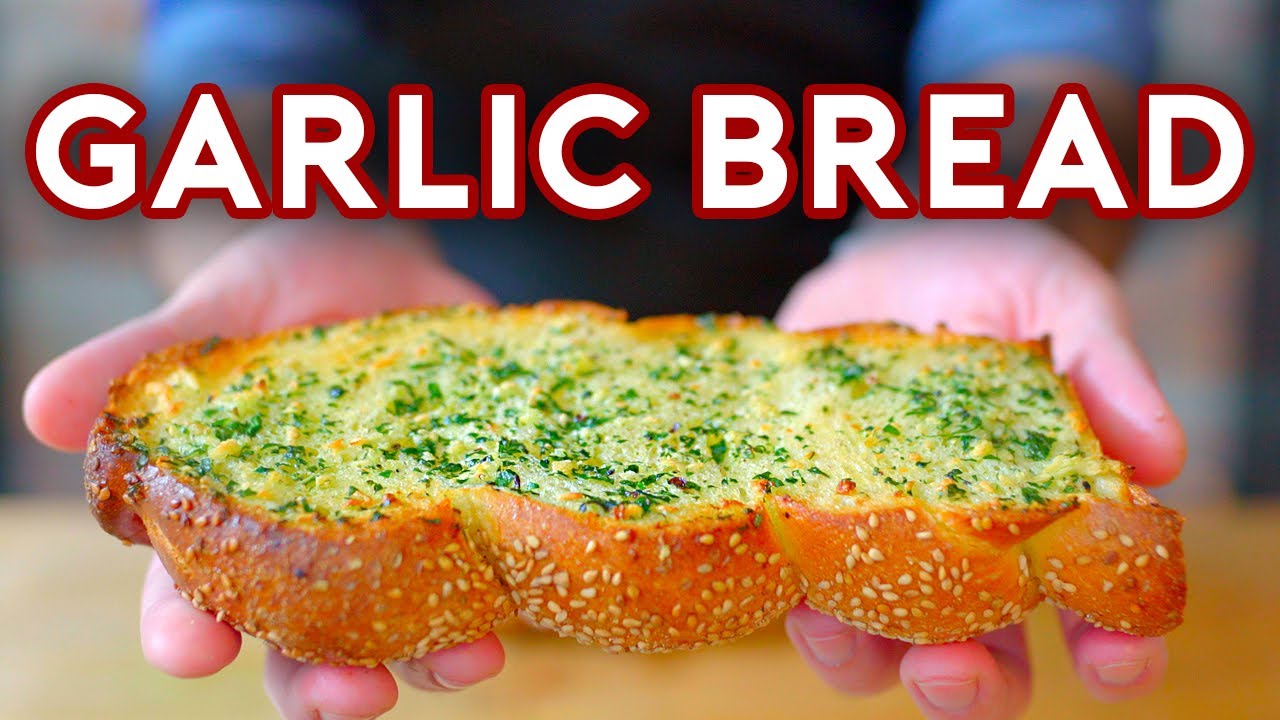 Within this video is a baguette recipe. I’m thinking of trying it out soon.

Thank you! Me too!

I use yeast because we had so much of it, though we do have sourdough starter too.

Thanks for the hydration tip!

BIG FAIL!
Bravetart brownie variation with cream cheese. I did wonder why the baking time wasn’t increased by adding 8 oz of frozen cream cheese bits and so I added 4 min to the baking time. Not nearly enough time. The top was crispy and touch didn’t reveal much. A pan of $$expensive goo. I’d already turned it out - amazed that it released in one piece. Frantically I turned the oven back on, dumped the mess into another pan and put it in the oven not expecting much. Darn horrid German stove with tiny print, I pushed broil not bake. Figured that out when the kitchen filled with smoke. Not my day for baking. 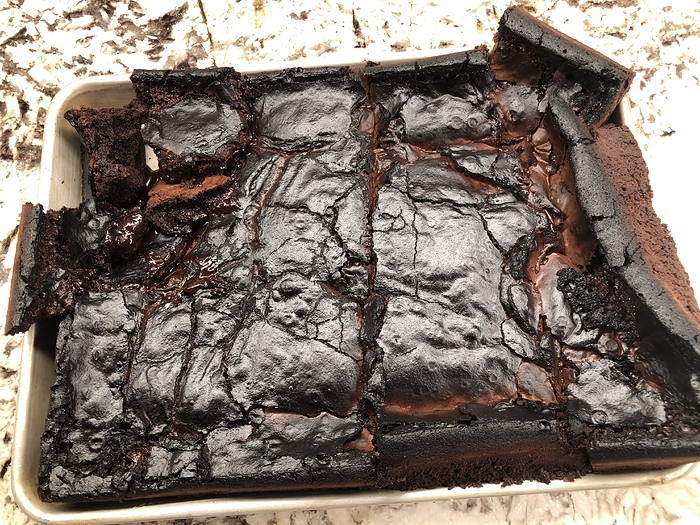 True. I went back and made a batch of Supernatural brownies that I’ve made a hundred times. No problems. Really needed something simple and choc for a porch visit. Feeling better😊

Alice Medrich’s brownies from the Food52 Genius cookbook is our family favorite now. Comes together quick, super fudgy. Small squares out of a 8x8 pan is plenty with the richness. Topped with homemade vanilla ice cream even better.

The recipe is all over the Net. I’ve had my share of disappointing baking this past year. I should photograph the failures; not just the recipes that turn out. I added chopped pecans this time.

This wknd I made a fresh batch and the gang turned them into s’mores. 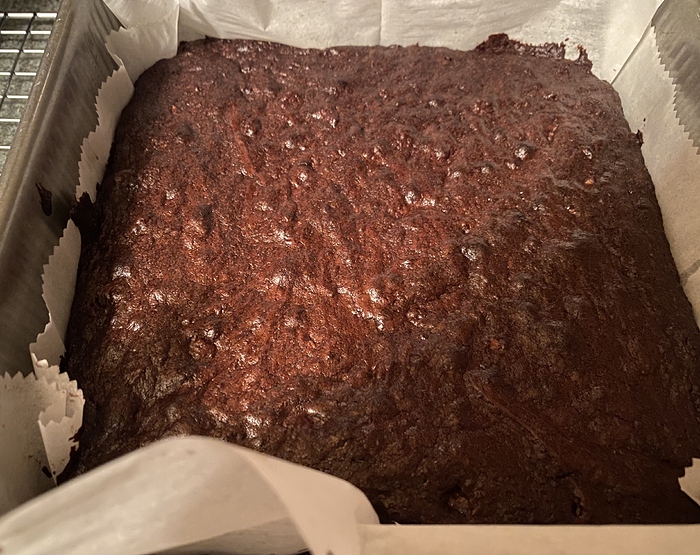 These are my favorite brownies too

They were birthday cake last weekend, half with walnuts half without.

Looks good, brownie is on the menu. Is it this recipe you’ve used? Thanks. 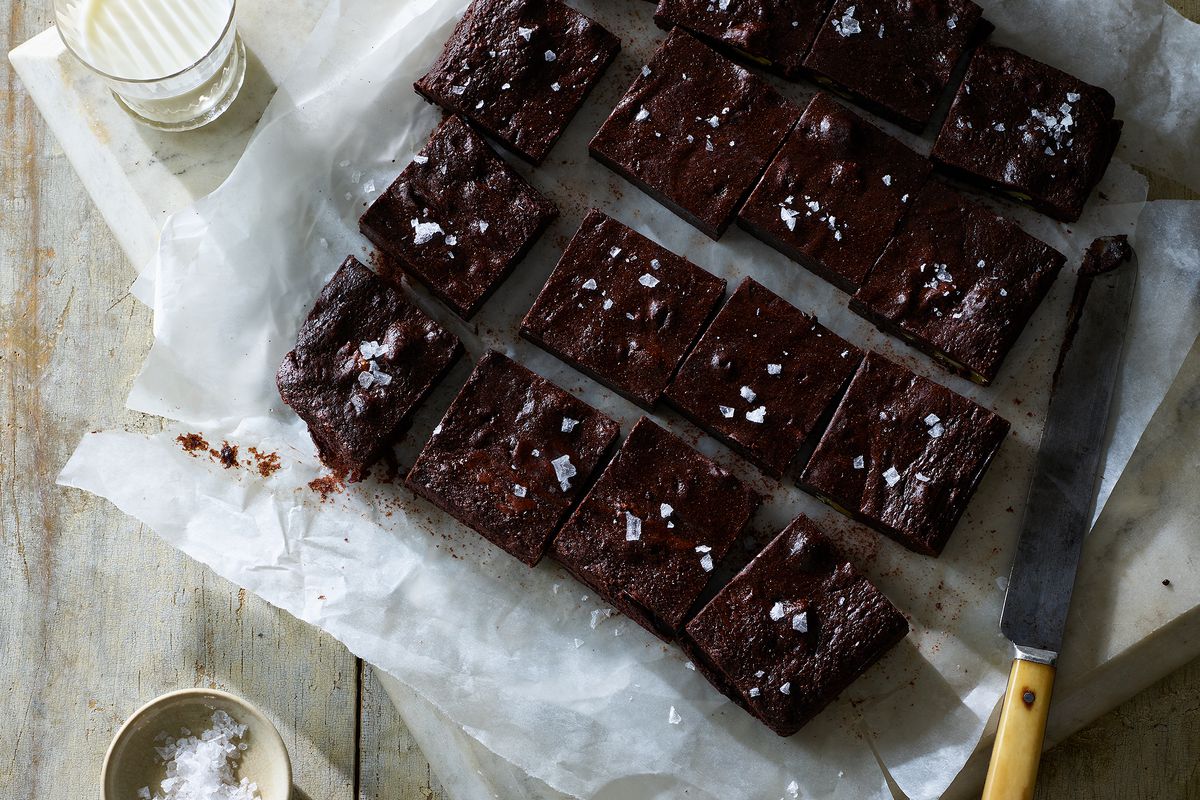 This recipe is one part of a master brownie recipe Medrich designed to use whatever chocolate you have in the house -- but the best version happens to be the one that only requires cocoa powder. By taking out the chocolate, with its inevitable fat...

Totally agreed! Those who never do anything, never fail.

Which recipe did you use? This one? TIA. 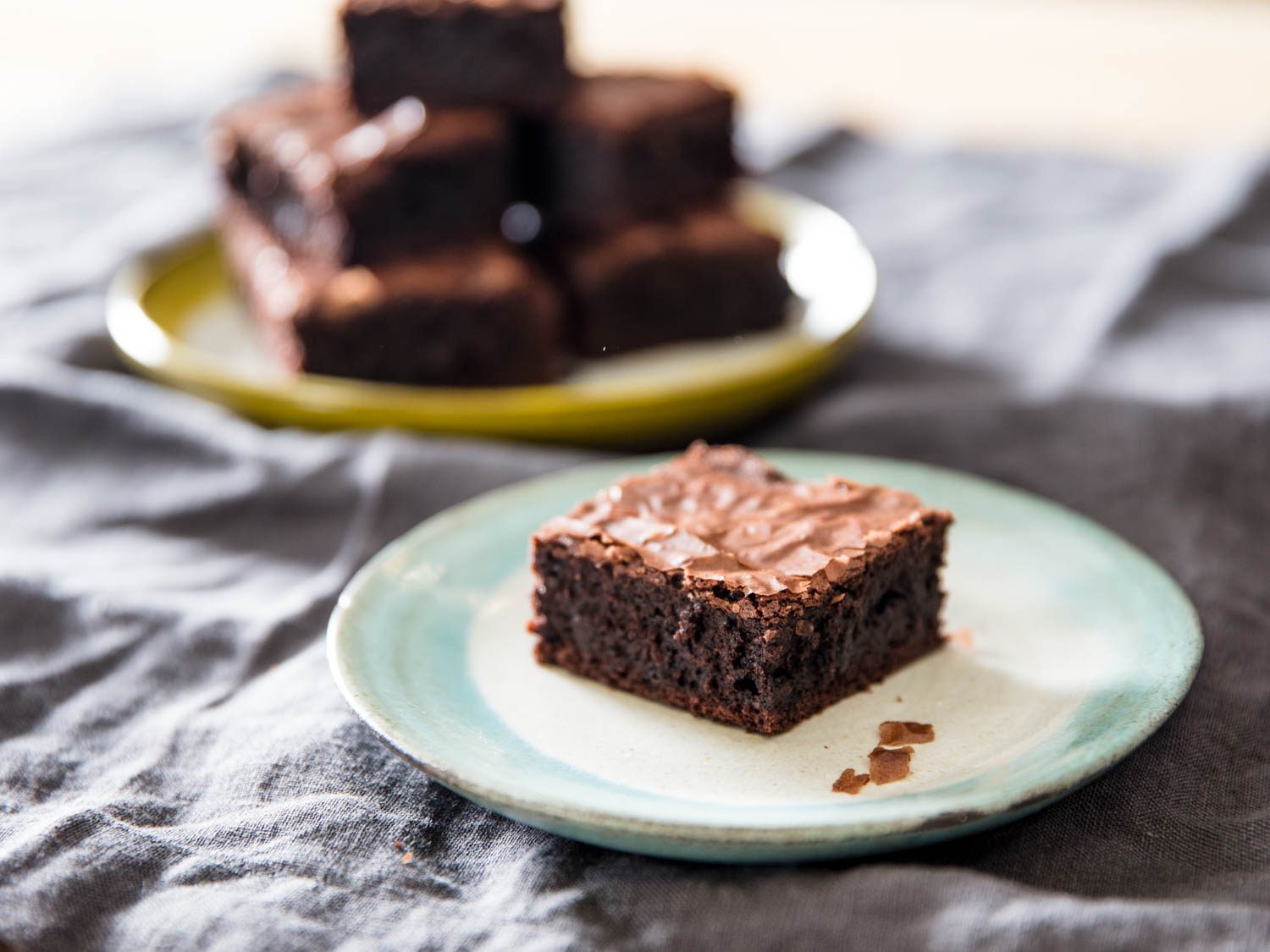 Loaded with cocoa butter from Dutch cocoa and bar chocolate, plus brown butter for richness, these chocolate brownies have a glossy, paper-thin crust and powerful flavor.

Yes, and the last sprinkle of maldon salt is worth it…just not when your gang wants brownie s’mores.

. Save it for yourself.

Thanks for the tips. Salt is a nice touch to a dessert!

Oh boy, that’s a hard one to take! But the idea sounds divine. Good luck on your next attempt. 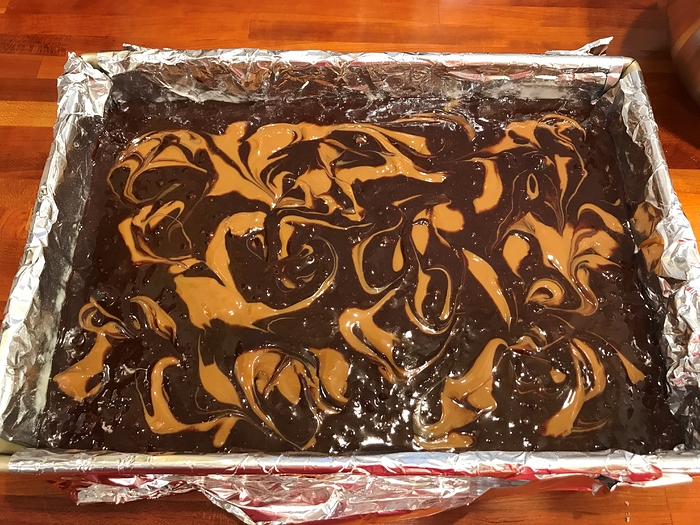 This past week I got out my Annova sous vide to cook up a batch of cranberry pork loin. Since I had it out and the water was hot, I decided to conduct an experiment on making my own dulce de leche with sweetened condensed milk. I got the bug because I read David Lebovitz’s blog and he had a discussion about making dulce de leche in the oven.

My theory was that since food is cooked in tin cans, that I would be able to make caramel out of sweetened condensed milk right in the same can. And since I was using sous vide, there was no chance of the water boiling, or doing anything else that might have caused the can to explode!

I decided to put two cans into a gallong ziploc bag, since I didn’t want any kind of explostion to damage my heating wand. I clipped them bag into the waterbath, and set the temperature at 185 degrees.

Googling had told me that some people felt that 12 hours resulted in a slightly light colored caramel. Since you can’t check on the status as you go, I decided to go with a 14 hours cook for maximum flavor. I had plenty of water in my bath, and I also have a lid to reduce evaporation.

After 14 hours I pulled them out, and let them cool. They were dark and very rich tasting! Also, they were slightly lighter on the top than the bottom of the can. That was fixed by a quick stir. Some people had noticed a “tinny” flavor in the caramel, but I didn’t detect that at all.

I love the Ghirardelli brownie mix because it’s a quick and very tasty way to share baked goods with friends and family. I stirred together one batch and placed that into the pan. Then I dolloped one can of caramel in, and swirled it around. I followed that with the second batch of brownie mix, and the final can of caramel. Once it was swirled, I popped it into the oven.

I baked it at 300 degrees on convection for an hour. It probably could have used a bit more time. As it was, it was incredibly fudgy and gooey with the caremel.

Everyone who tasted them loved them. It was a quick and easy assembly once the caramel was done. It’s going to be a regular part of my rotation now!

10 Likes
← previous page next page →
“Food is a pretty good prism through which to view humanity.”
― Jonathan Gold