Maybe wheat berries? I’m sure I got them in the bulk side at WinCo, probably quite awhile ago. I needed a grain for my winter squash recipe and wondered if it might work. 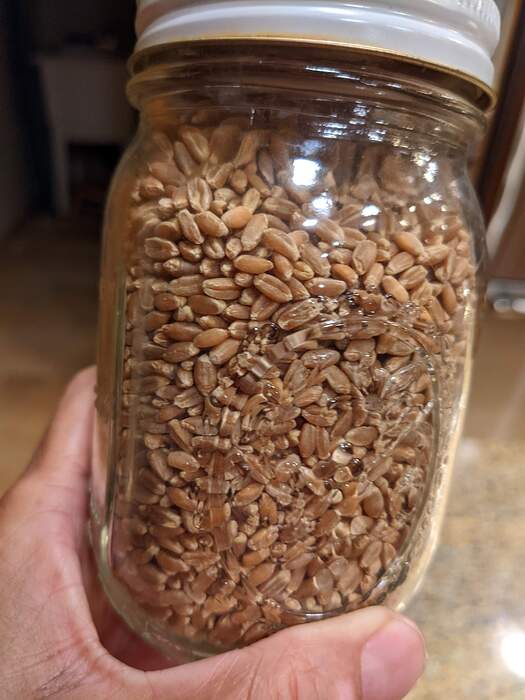 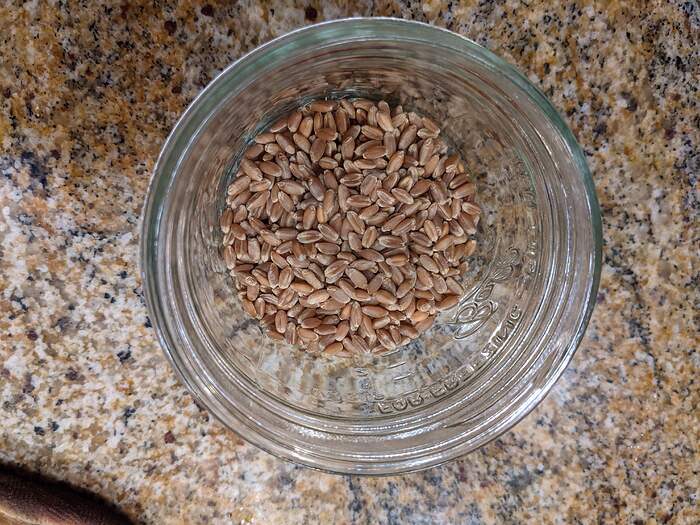 It could be farro . Just my guess .

That would be awesome ! 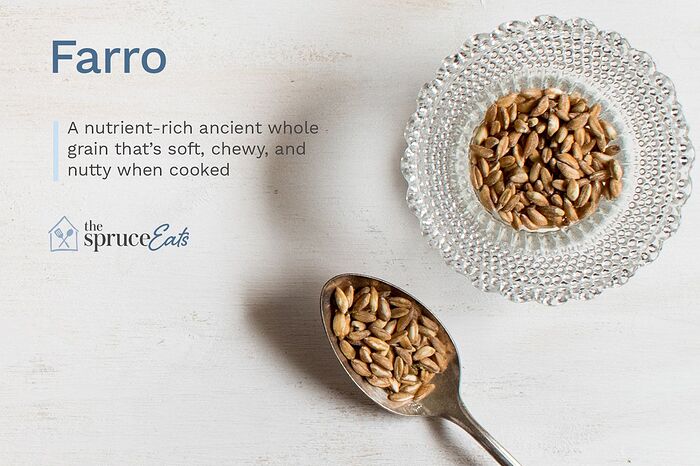 A Staple in the Mediterranean Diet, Farro Provides Plant-Based Protein

Farro, a so-called "ancient grain," has long been a favorite in Italy and has made its way into American kitchens as a healthier alternative to rice. 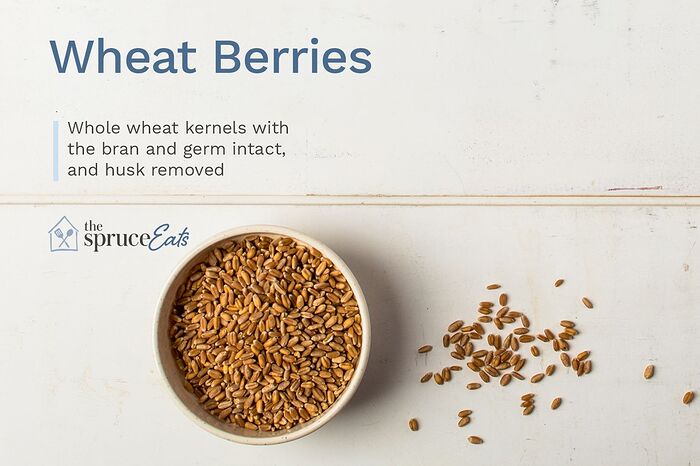 Wheat berries may be best known as the source of whole grain flour, but they are a versatile ingredient that can stand in for rice and other grains.

I’d love to try this one too. 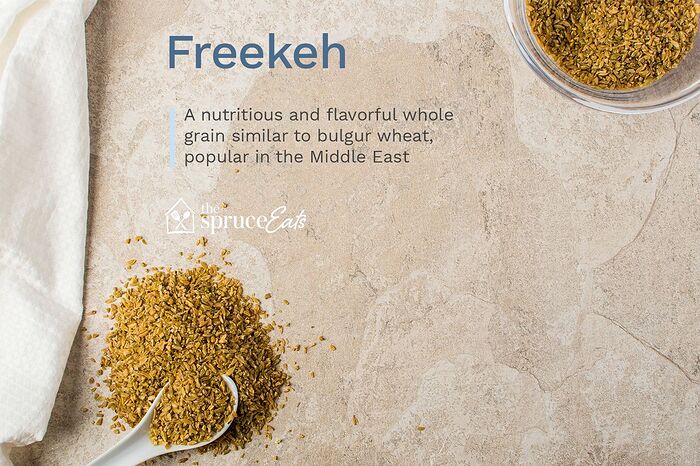 Make Room for Freekeh, a Healthy Whole Grain With Character

Freekeh, the young, unripe kernel of wheat, has a distinctive smoky flavor.

I also have this from DIL 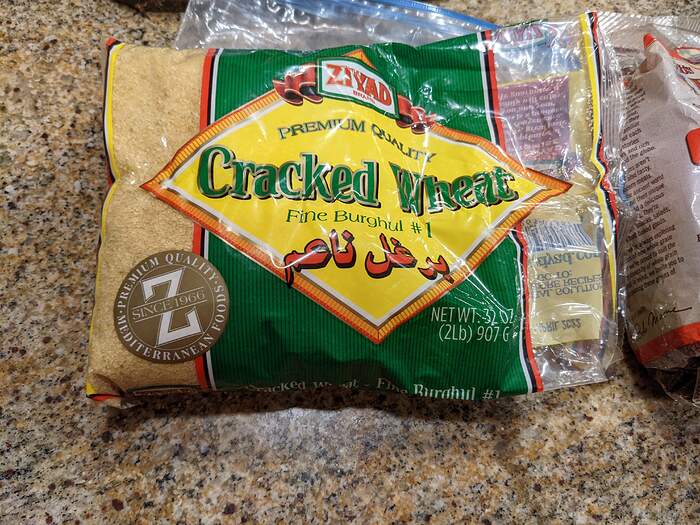 I think that is the same as 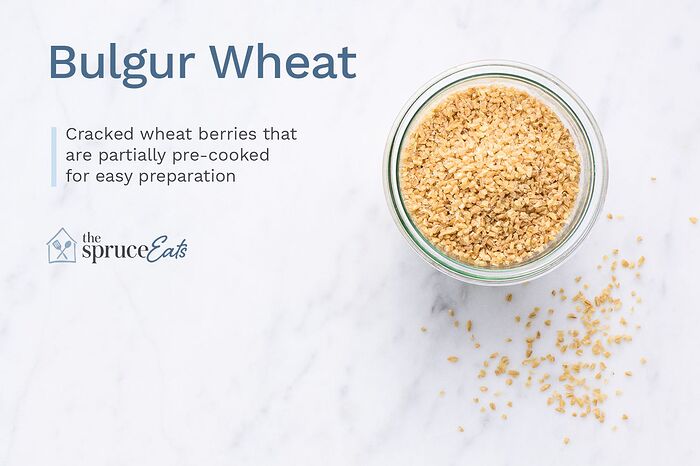 Choose quick-cooking bulgur wheat as the whole-grain base for tabbouleh and other nutritious salads or pilafs, soups, casseroles, and breakfast bowls.

But it seems to fine for this recipe.

I found this in the cabinet too. 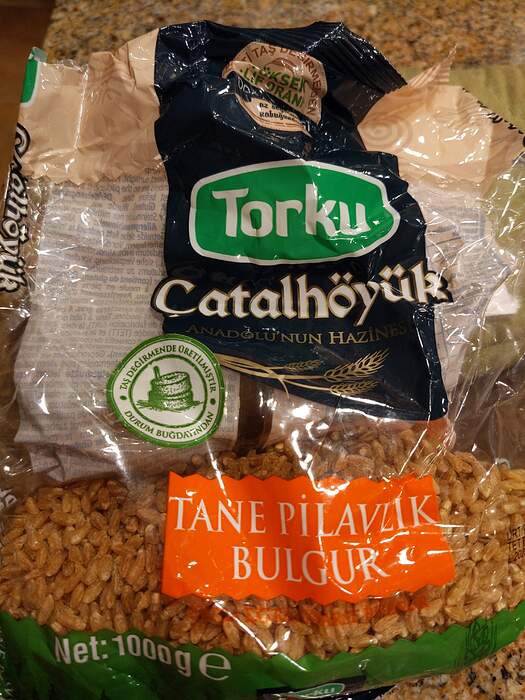 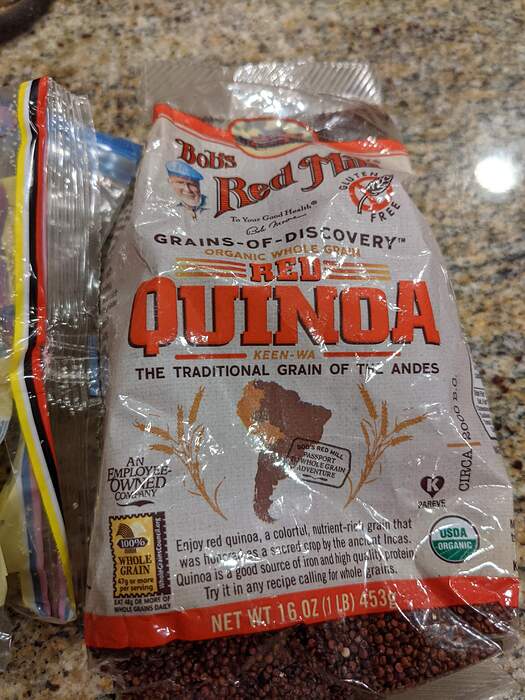 Pretty sure they’re wheat berries (farro looks shorter to me). I love wheat berries. In my experience, they usually take longer than farro to cook. This reminds me that I’m out of both. Gotta check if my local WF has them available in bulk (bulk foods are just returning to shelves near me; I think Wegman’s got rid of them altogether, which bummed me out).

Boulud has a great “farrotto” dish with wild mushrooms - couldn’t find a recipe for it, but this weird page popped up which actually looks pretty tasty, and who knew premiere moisson had recipes.

Thank you! I think I would remember if I bought farro, which sounds exciting. Is it more carb forward? 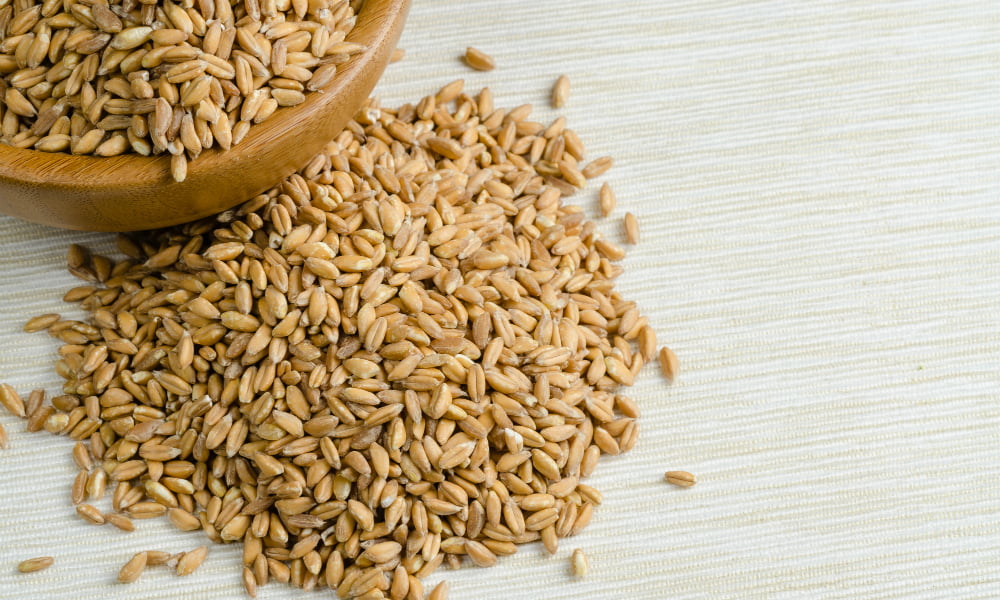 FARRO VS. WHEAT BERRIES: WHICH IS THE BETTER ANCIENT GRAIN? - SPUD.ca

Farro and wheat berries look almost the same, are both whole grains, and share similar taste and texture. But which one is better nutritionally?

I’m soaking it overnight, and hope that will afford more clues.

Thanks! I’ve been going with that, mostly. I can imagine buying wheat berries.

Turkish bulgur wheat, for making Turkish “pilaf”, but there are also other uses/recipes.

I buy many types of grains at Turkish supermarkets and this bulgur wheat is one of my most purchased.

Thanks everyone!
@Presunto , are you saying the grain in the bottle in the very first post is also bulgur, or the ones labeled cracked wheat and tane pilavlic bulgur?

Here’s a link from Chow 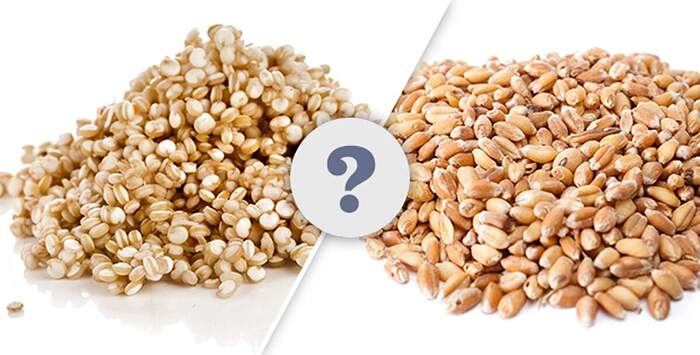 What Is the Difference Between Quinoa, Farro, and Wheat Berries?

Once upon a time, most people just cooked pasta or rice when it came to grains. Nowadays, the variety of starch-based side dishes has increased tenfold; couscous...

That article, and one I read in Forbes says
“Farro and wheatberries, it turns out, are very close kin. They’re each the grain of the wheat plant, which has a rough husk and, inside it, what can be imagined like an egg: a shell, called the “bran,” an “endosperm,” playing an egg white-like role, and within the endosperm, a yolk-like “germ” —literally, wheat germ. Farro and wheatberries are each the whole, three-part grain, just from different types of wheat plants. Farro comes from wheat varieties grown in warmer climates, while wheatberries come from colder-weather wheat.” 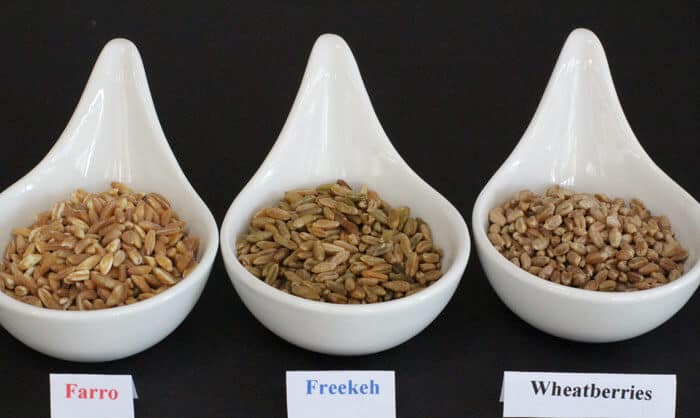 “Farro and wheatberries, it turns out, are very close kin. They’re each the grain of the wheat plant

Re bulgur - there are different grinds of cracked wheat / bulgur: yours looks whole rather than the coarsest grind. Coarse grinds are used for pilav - as also the whole grain.

Cracked wheat is alo popular in india - for both sweet and savory uses. (Depending on where in the country you are, it can be called lapsi, dalia, faada/fada or a host of other names.)

One last link, and then I’ll be quiet until I’ve tried cooking and tasting it. 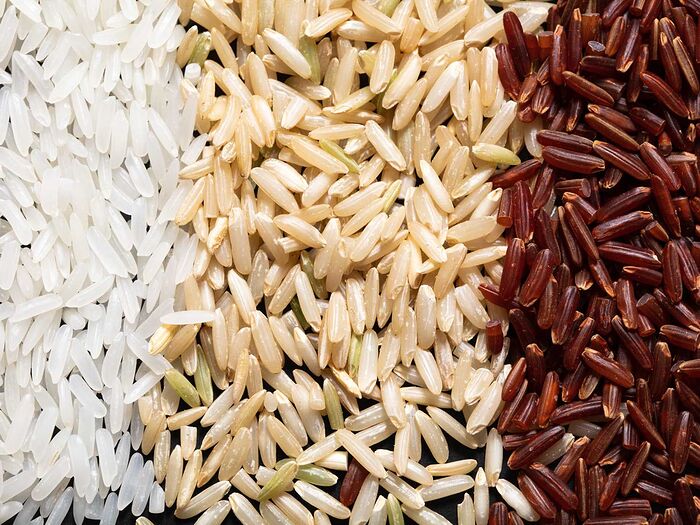 Grains have been a staple of the human diet for the last, oh, 10,000 years. Grains are also basically responsible for all the best things: beer, adorable pets, beds, and cheesy popcorn. But have you ever listened to someone wax rhapsodic about the...

Here’s one I liked 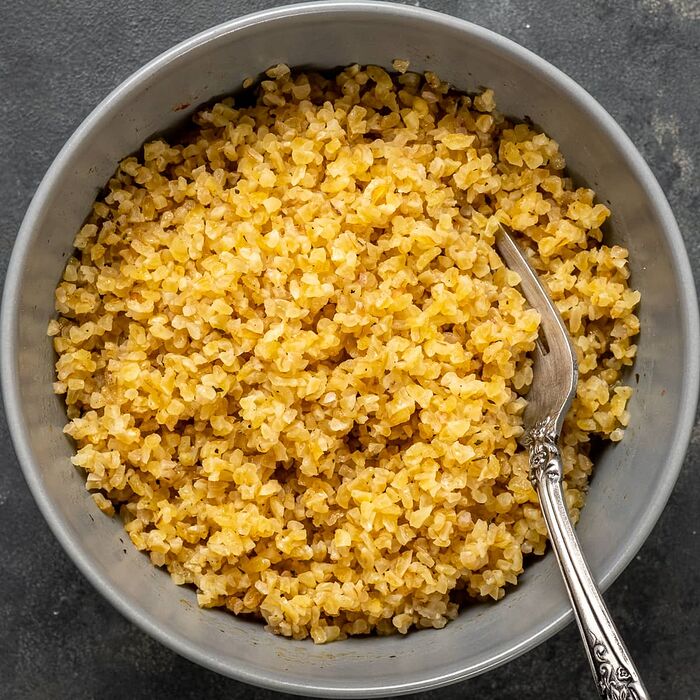 Learn how to cook bulgur wheat of all types including fine, medium, coarse and very coarse bulgur. Each has its own use. All are easy to make!

(Can you edit the title to add the grain names? Might make bookmarking abd finding easier in the future. @naf is that possible?)

(Can you edit the title to add the grain names? Might make bookmarking abd finding easier in the future. @naf is that possible?)

DIL says the fine one is used in falafel, and a desert like halva; Irmak?

I soaked about 12 hours
After soaking 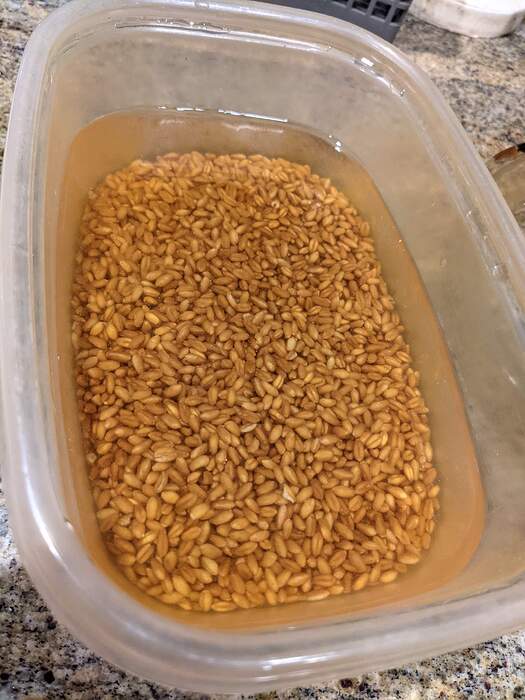 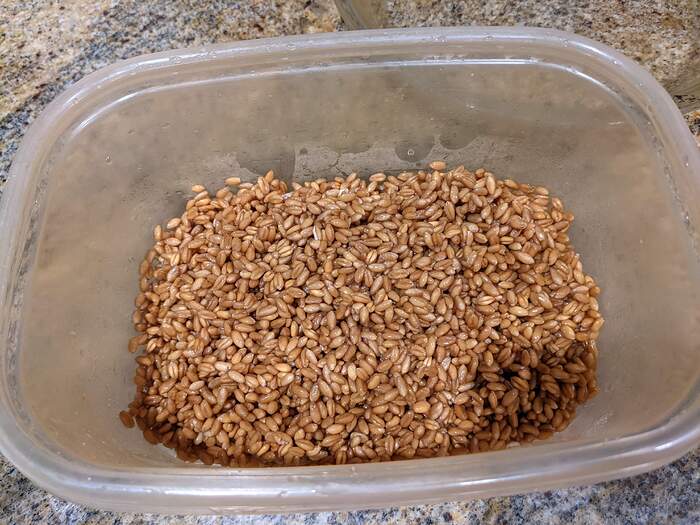 I saw a few things on the internet about toasting in the oven, so I tried that with half of it. It seemed dumb to soak and then dry in the oven, but I did it. I also “toasted” the first batch in the pan before boiling. 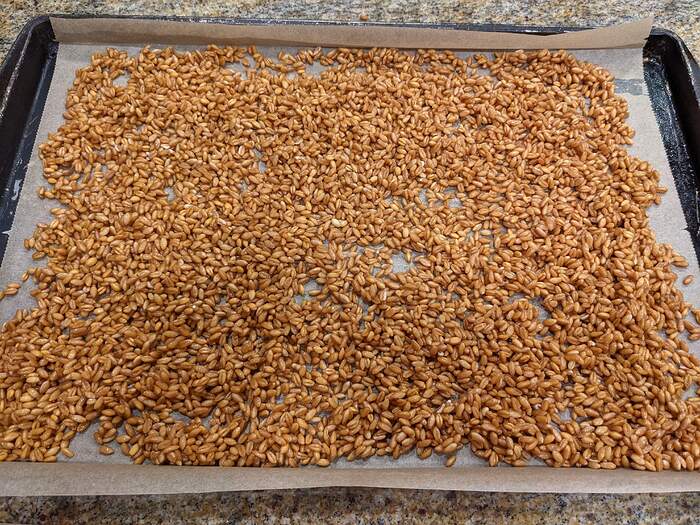 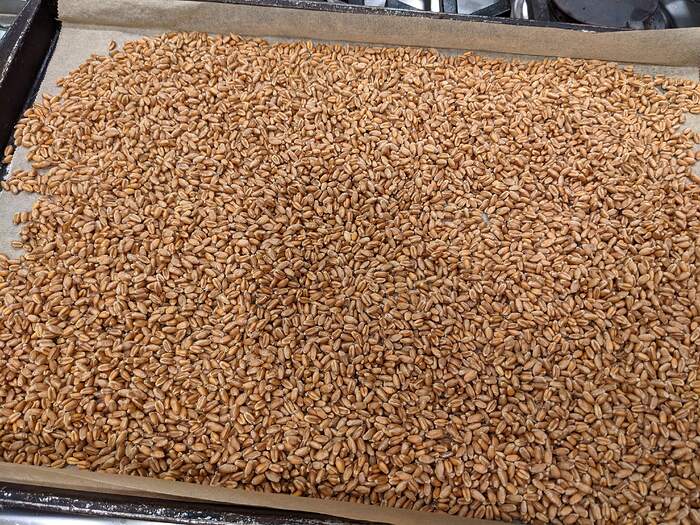 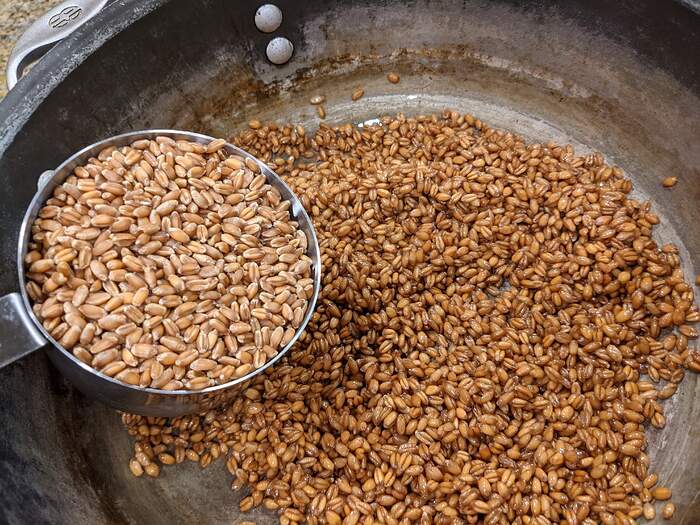 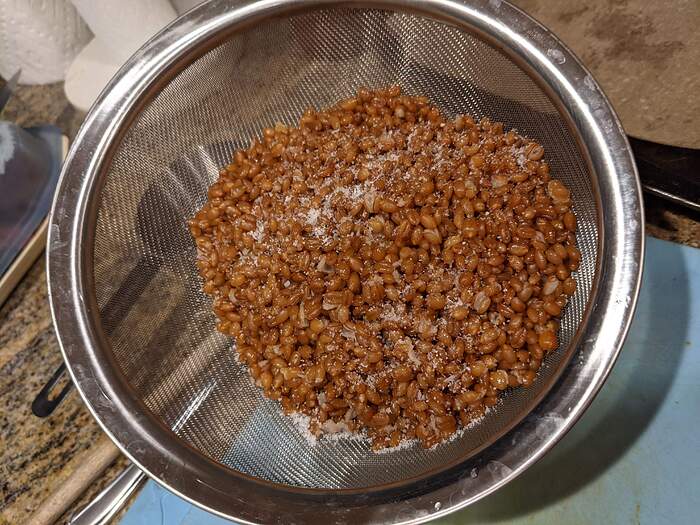 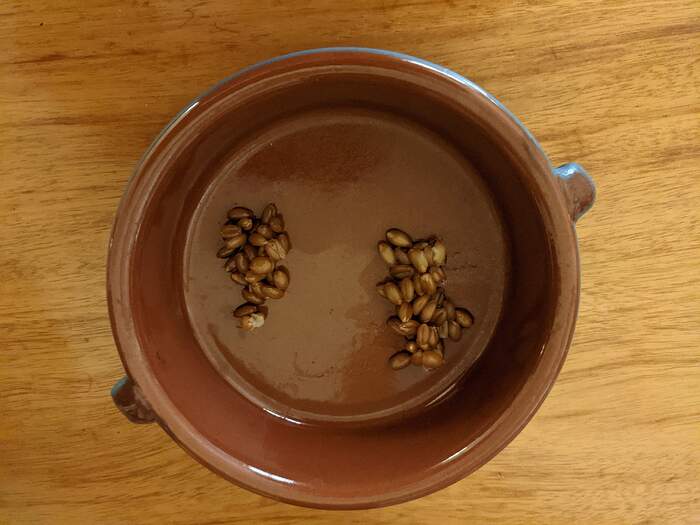 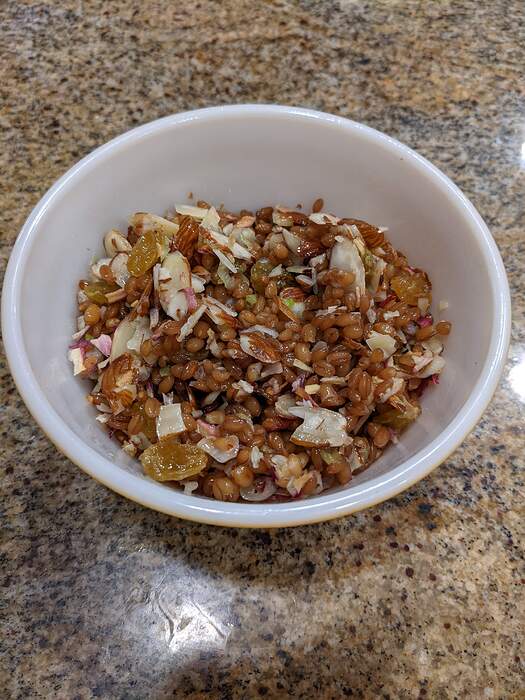 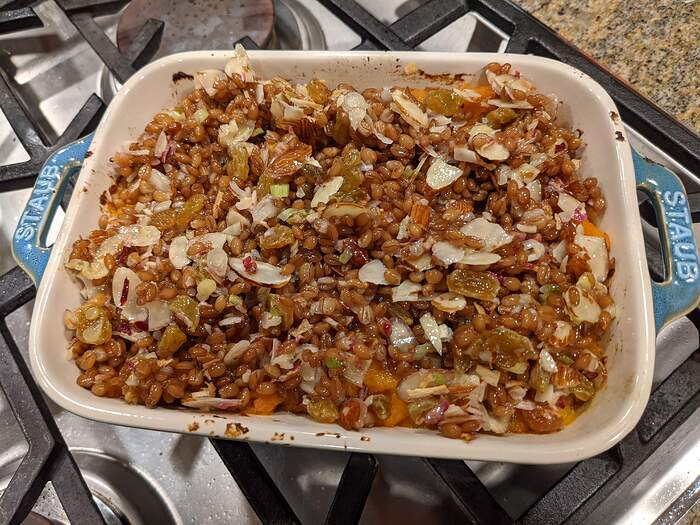