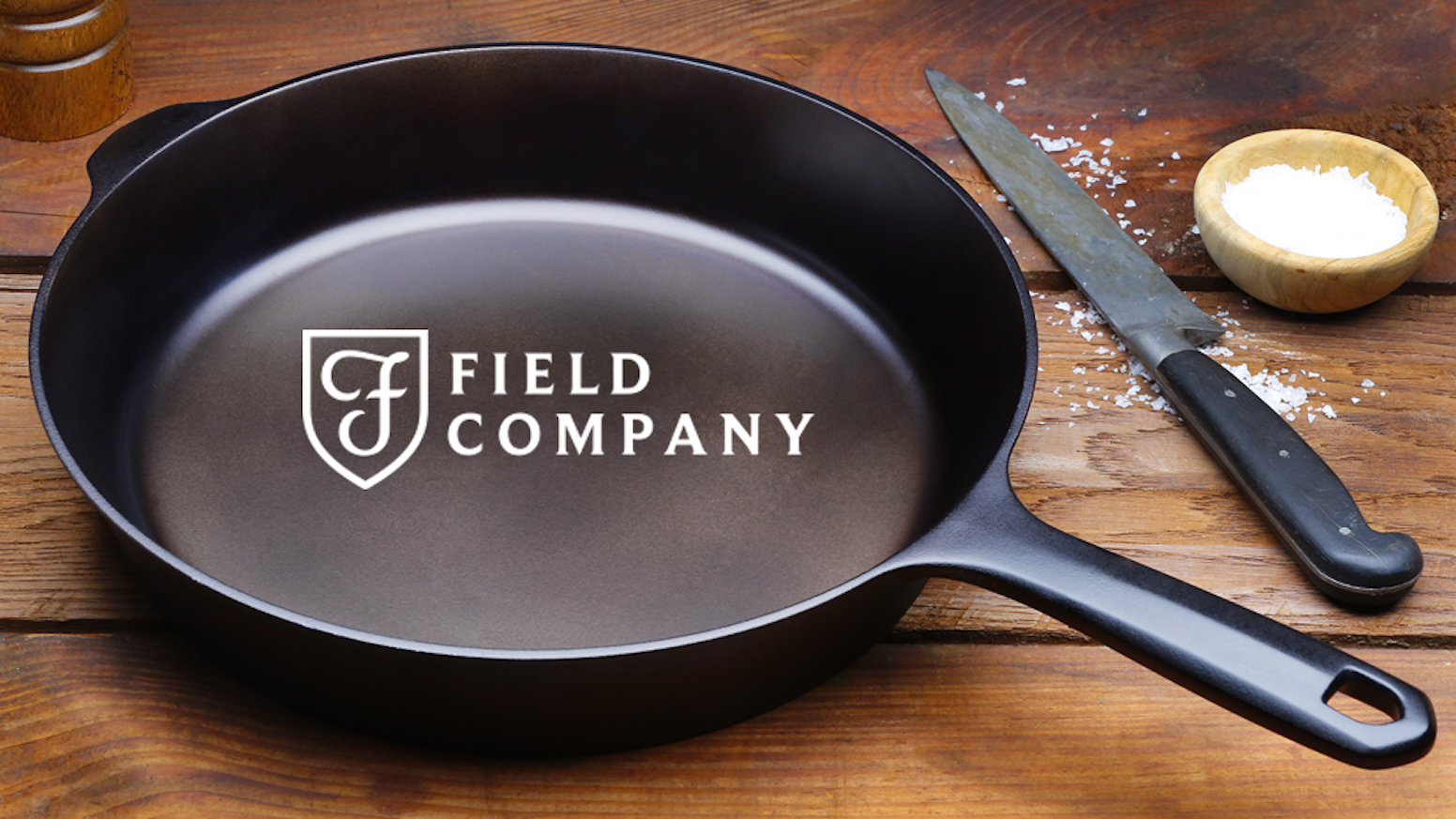 Considered that cast iron is a cheap and heavy duty cookware, do you think it makes sense to make it into an elite/high end cookware? Do you think it is a little like making a luxury truck? (play some devil’s advocators here)

No, I’m with you, it makes little sense. It’s still cast iron, and thinner means more uneven. They may find a niche. I wish them well, especially if they prod Lodge and others to adopt some of their techniques.

since you’re currently into the high end of metallurgy, perhaps one of your associates / vendors / resources can shed some factually light on “why was the old stuff thinner?”
is it “better” iron? I’ve heard stuff like “all the good iron was used up years ago” - huh? iron ore may have many qualities, but “the good stuff” is all gone sounds err, rather a bit fishy.

the non-machined / non-smooth (cooking) surface of “modern” cast iron being “just as good as a Xerox” is absolute and utter marketing BS in my experience. the smooth stuff builds a non-stick ‘seasoning’ faster and more completely - the sand pebble crap does not and never does approach the non-stick performance of an old Griswold.

yes - I used/cooked with the “new” stuff - picked up an old smooth Griswold at a flea market; sandblasted it and started cooking with it. non-stick-for-stick, the new stuff sux really big time. and, the old stuff is seriously lighter to boot.

in today’s modern ‘everything is done by computer’ world, why is the new stuff thicker? the one logical explanation is the cast iron material/method is not up to the quality of 100 years ago. not for lack of science, but more due to the economics of “made in China by the cheapest vendor.”

a couple of posters have reported their satisfaction after mechanically polishing the sand pebble surface of ‘new’ junk smooth to resemble ‘old’ cast iron. this is a business opportunity for someone - converting crappola to a superior pan at less than $400 per inch of the ‘new smooth dudes.’

I do not have definitive answers to your questions. But I have some informed theories:

They already make thinner, smoother iron-based pans with longer handles and flat bottoms–for a fraction of the price of this pan. Carbon steel. Yeah I know they try to make it sound like only their pan can season the “best” or whatever but carbon steel seasons acceptably well for many people.

Kaleo, so what’s the mystery meat you guys use? Graphene?

I cannot stand using Lodge pans. I hate the handles and the weight. I know the are heavy by nature but for my uses, I don’t need it. It turned me to carbon steel and I haven’t gone back to cast iron.

I used to primarily use one Lodge griddle for making tortillas and that will be replaced with a DeBuyer crepe pan this year.

I ground out and smooth ended my lodge pans to a mirror finish and while they are nicer, carbon steel fits my needs better. I don’t fry a lot, nor cook large cuts of meat or bake with pans.

I’ll end up giving my CI away when I complete my transition to Debuyer.

I hope these Feilds make a good product. I like to see new cooking items on the market. That $300 stop-sign shaped CI pan ended up being way too much for the usual CI customer.

I look at these cast iron pans a little like the Blu steel skillets–they’re both in the artisanal corner of the aspirational market. There’s a lot of puffery going on.

I still cant tell you much about our technology, but no, it’s not graphene.

I wuz in a WS retail joint - saw a whole wall of de Buyer steel pans.

having read a lot about them on various forums I sallied forth to fondle, handle, heft&test, etc etc etc

I was stunned. they’re heavier than either my copper or (Griswold) cast iron for a comparable size - and awkward to boot.

as to seasoning, there’s the old fashioned tried and true centuries proven techniques and the newfangled stuff.

I have difficulty envisioning Cookie, having busted his trusty cast iron pan over the head of a particularly Obnoxious Trail Boss, flagging down a Pony Express rider to order up some organic flax seed oil with a side of pink Hawaiian sea salt to properly season and clean his new pan . . . so he just used buffalo grease.

that worked, the new fangled methods seem to have a following of “I followed the directions and it still sticks!”

holy cow, they’ve raised $844K and it’s not even closed. I guess they will have 6,566 customers, as that’s the number of people who have bought in. And one even bought in at $5K.

I like their little graphic in their Kickstarter with the Finex pan. I have zero interest in that odd shaped pan with the uncomfortable handles. Overall I like the simple design and the lower height, but I’ll wait and see.

Wow, it really is a lot thinner. Not a selling point, for me.

Even before my recent adventures with induction, I never used cast iron fry pans, nor did my parents or grand parents–maybe my great grandmother with her wood stove. My eggs were/are most likely to be poached or soft boiled, my meats are likely to be grilled, and my sauteing often has me using a lid. With induction, I’ve chosen nonstick cladded for lower temperatures, and SS for higher temperature–sauteing for both with a lid. My one venture into use of cast iron for frying has been my Staub 11" crepe pan, which has a special enameled matte coating that almost seems like the surface on these Field prototypes. Without any seasoning, my Staub crepe pan most closely approximates the Field prototype.

Where induction and this pan may come together is the obvious reduction in mass, which might lead to a cast iron pan weighing about the same as my All Clad d5’s, about my klutsy-ness limit. I’d expect that this pan, used properly, would heat evenly with induction.

It would heat LESS evenly than a thicker pan, and not very evenly at that. A FLIR image or scorchprint would likely show the same donut-shaped hotspot we see in all cast iron pans on induction. Thickness mitigates that, thinness exacerbates it.

This just proves that the US economy is on the rise.

my grandmother used her cast iron stuff (multiple forms) on a coal stove. which is where/how I learned how hot is hot by the feel of the palm. go sticketh thy hand in a 500’F oven - I’ll bet you’ll quickly learn hot be a hot oven . . . she didn’t do temperatures - it was a slow/medium/fast/hot oven.

I do so like both the copper/stainless lined cast handles and the cast iron cast everything for the ability to go cooktop to oven no-nebber-mind what temp.

cast iron is not fast to heat up. forget the instant “even” heating thing - whether by induction or wood coals. it take time to get heat soaked and temp even/stable. once there, cast iron excels.

the problem with the youngster generation is not every recipe fits into a 128 character tweet and not every pan is instantly hot.

It’s not anything I’d likely ever use, so it’s probably a moot point, but experience with my Staub perfect pan and crepe pan suggests that with preheating, unevenness in any practical sense would not be a meaningful problem, and klutsy-ness would decline.

Preheating – only gives the system more time to reach equilibrium. If the equilibrium itself is uneven, then no amount of preheating will help.

There is a reason why delicate cooking like certain sauce making should not be done with glass vessel – regardless of the preheating time.

Often time, the real problem is the heat source and the cookware simply reflect the “unevenness” of the heat source. Some cookware materials are a little better at smoothing out the temperature unevenness – like copper and aluminum.

You can look at the mirror as long as you want, but you are not going to make yourself look prettier by looking at it longer.

I put my 11" crepe pan on my induction hob, and set the temperature at 300 degrees or so. I measure with my IR gun as the temperature increases, moving the sensor around, noticing the differences around the pan. The temperature will typically overshoot 300 degrees, then drop back. After awhile, everywhere I point to on the pan reads very close to 300 degrees. At that point, I consider it to be preheated.

With a little practice, I can determine the correct temperature for browning my swedish pancakes, set it, and measure with my IR gun until I achieve it. I believe that this approach would be equally effective with this new cast iron pan.

For delicate sauces, like hollandaise, I use the porcelain top pan in my All Clad 2 qt. double boiler to ensure even temperature.