Besides being a food enthusiast I am also a “car guy”, and in another thread we started talking about some of the cars of our youth, so to keep things more “on topic” I started this thread. Let’s share some of our favorite car & food related memories of our past.

Below you will find my first car a 1986 red Trans-Am. My biggest food related memories associated with this car was actually work related. At the time I was a cook at the Ponderossa in the Ocean County Mall in Toms River NJ and a host/asst. mgr at 2000 Park Ave. Restaurant in South Plainfield, NJ.

Having a Trans Am made the commute between the two, which are about 45 miles a part just a tad bit quicker.

My other food related memory with this car was going on dates. I would take out my girlfriend at the time and my big “date place” was the East Brunswick Chateau. Even though I was 17, I looked much older and worked in the industry so I knew how to carry myself. I would take my girlfriend to dinner and order a bottle of wine, Berringer White Zinfindel (my mom drank it) and I felt ohhhh soooo sophisticated. lol Never got carded.

So let’s see some of the rides of your youth and hear some of your favorite food related memories that goes along with the ride.

We need a pic of this Trans am!

@corvette_johnny - Not sure there are many that exist, if I find one I shall share it. Fire engine red - screaming eagle on hood, tinted windows and Trans Am on the bottom of the doors. (I occasionally look online to see if I can find a twin, I would love to own it again) It was a hell of a looker. After the TA was my Vette 86’s canary yellow lol such a “guido” .

…but was Sally Fields in the passenger seat?

Yes! The eagle hood is where it is at! I think you can get them still at a decent price but nice ones obviously cost more. I bet in twenty years prices will be high and they will be collector cars.

I’m building a time machine if anyone is interested 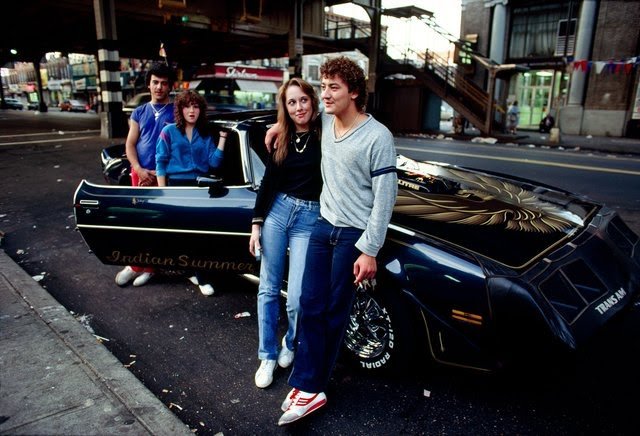 Amazing how the world works…ask me where my diploma is, I could probably never find it. Ask me for a Polaroid of my first car from 32 years go and I looked in one spot and there it is!! Unfortunately the glare washes out the screaming eagle but here she is none the less. 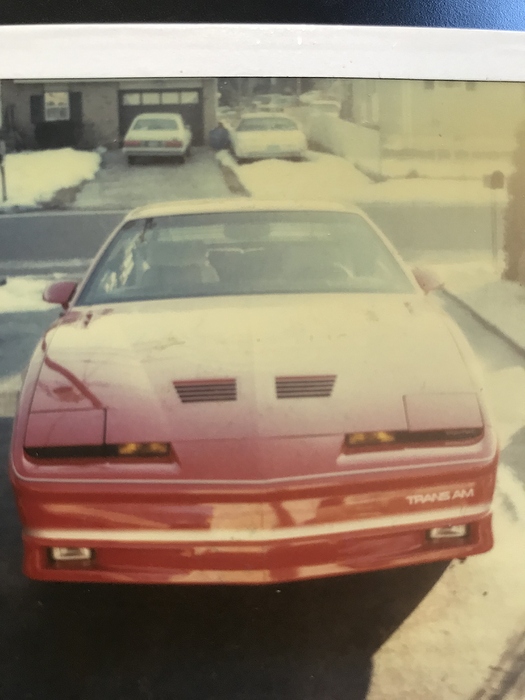 Were you rockin’ a mullet in them days?

bet you wuz a bad’ ass in that bad red sled.

Since we’re burning rubber down memory lane. My second car ever, when I was a lead footed lad of nineteen. 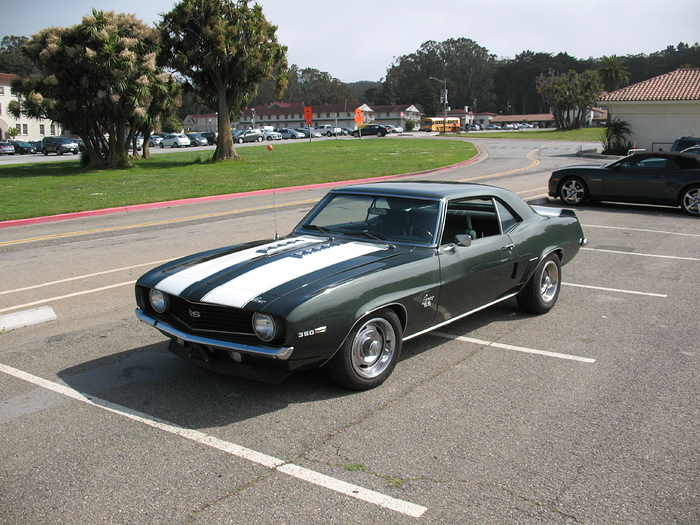 Picture courtesy of the guy I sold it to 30 yrs ago. He just laughs whenever I ask him to consider reuniting me with MY car. He’d want more than 30x what he paid me. His price for babysitting my baby for three decades.

I had a red-with-black-stripes 1969 Z/28. Bought new from Reedman Chevy. Loved that car; everyone else hated it. Didn’t even have a radio. Good times.

Gorgeous! I love that car!

Yep - that was her. The only mod I made was to replace the stock distributor/coil with a Mallory dual-point so that little engine would happily hit its 7200 RPM red-line with joy. I had a (numerically) low rear-end so your first shift was 62-64 MPH at 7200 RPM. What a joyous sound. (those bias-ply tires made everything just a bit scary.)

Could we make this across the World rather than New Jersey, deferring to the fact that NJ is indeed the center of the universe. But cars and food are a rite of passage ‘round the World, I’d hope, or at least imagine.

Good point, yes I will move the thread to a general board! Thanks!

So let’s see some of the rides of your youth and hear some of your favorite food related memories that goes along with the ride.

My favorite driver, hands down. '86 BMW CSI. Here on a weekend road trip. Parked on the Santa Cruz Pier to catch supper.

Over the span of 10 years, she and I collaborated on numerous “unplanned” 3 hour runs from San Francisco to Reno, just for lunch. That car carved up the Sierra Mountain roads like it was on rails.

That is/was an awesome ride. Loved that car! They replaced it with the highly unreliable 8 series and I guess now the equivalent would be the 6 series. Beautiful, thanks for sharing!

I once owned a 1972 Bavaria. Bought it used. When it all worked it was a magnificent car. Some things never worked really correctly - the power windows liked to get stuck DOWN; the automatic choke never worked in the winter; the electric cooling fan liked to work or not work at random. But it DROVE beautifully. Not as quirky as the Alfa it replaced but damned close.

No pictures, lost at my mom’s house in a flood…A “school teacher’s” 1968 blue Corvette convertible, with a 327 4 barrel 300 hp small block with a 4 speed, a/c and a radio. 68’s had no headrests, and no hardtop. The interior was white vinyl.

I bought it in 1971 with about 20,000 miles on it, because the owner just bought a new one with a 454 and wanted to dump the car… I do miss that car but not the heat it generated inside… but going to White Castle with my girl and the top down on a warm summer evening was the best!..
I sold it 4 years later when I graduated college and bought a new BMW 2002Tii…

Always wanted a '69 Z, still do. My wife would KILL me if I spent the bucks a cherry numbers matching Z goes for these days though. I did have a 70 1/2, which at the time did not sport the cache of the 1st generation. Now, all I have of her is her front plate. 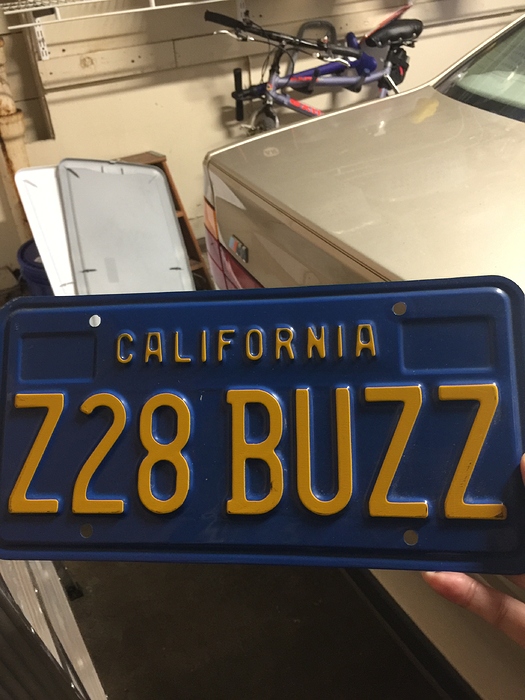 I grew up mere miles from Haight Ashbury in the 70’s. You may guess the state of my mind when I dreamed up the inspiration for my vanity plate. Buzzzzzzzed…