The cookbook to accompany his Channel 4 series. It fits well with his other recent books - 30 Minute Meals and 15 Minute Meals. The theory of all three is basically “Yes, I know you can’t be arsed to cook, but this is so easy you might as well.”

It’s not the first time that the “five ingredients” has been tried as an idea - last year, Bake Off winner, John Whaite, published “Perfect Plates in 5 Ingredients”. We bought it, read it through, sent it to the charity shop without cooking anything from it. Yes, it was that bad. Oliver’s effort is better and I can see us having a go at a handful of recipes - yes, on the days when we can’t be arsed cooking but feel we should.

But, as with at least one other of the 15/30 Minute books, there’s something that irritates the hell out of me. I suppose it’s the author in me. But there’s a phrase “season to perfection” which he uses. Now, leaving aside that it’s a meaningless bollocks phrase, it’s the total overuse of it. Out of 114 savoury recipes, it appears in no less than 64. And, yes, I’m so irritated by it that I have counted them! Now, if in one of my books, I’d used the same phrase every three or four paragraphs, I’d expect the editor at the publishers to be on to me quickly saying that was unacceptable and I should try to use a greater variety of English. It isn’t hard. And I’m not a multi-millionaire, employing staff to do this sort of thing. Rant ends…

“Salt to taste” annoys me, too. If I’m making a recipe for the first time, I need some guidance. I know that different brands of salt are different, but how difficult is it to just specify a brand of salt – e.g., Morton’s Kosher Salt – instead of having me guess how much salt I should put in a braise for a cut of meat I’ve never cooked before?

Bon Appetit or another of the food magazines I receive did a 5-ingredient issue a couple of months ago - completely worthless. Perhaps if I didn’t know the basics of cooking, I would find use for some of these “recipes,” but I can’t imagine that the average subscriber to one of these publications would need a recipe to make something as simple as a 2-vegetable salad with a 3-ingredient vinaigrette, etc.

I have another peeve, albeit minor.

In one recipe, you cook eggs in “vigorously simmering” water. Is this not a contradiction in terms? It is either vigorous, in which case it’s boiling, or it’s simmering at a gentle bubble.

Now, assuming you’re the target audience - one of the ones who can’t be arsed to cook - what do you do? Boil or simmer? Answer - boil for five and half minutes “exactly” (as it then instructs at the end of the same sentence. Piss poor use of English and sentence construction - shame on the publisher’s editor.

Bon Appetit or another of the food magazines I receive did a 5-ingredient issue a couple of months ago - completely worthless.

I got that issue of BA, too. I sense that this is part of an effort to make cooking more accessible in the face of a long-term shift where Americans, at least, just aren’t cooking as much. Folks like us probably not in that category being that we’re here at HO, do you think?

The author of the following article hypothesizes that cooking is becoming a niche activity like sewing. I have some friends and family who cook very little, if at all, and I not-so-secretly hope they might try their hand at preparing more meals for the health, savings–and especially!–the deliciousness of it all. 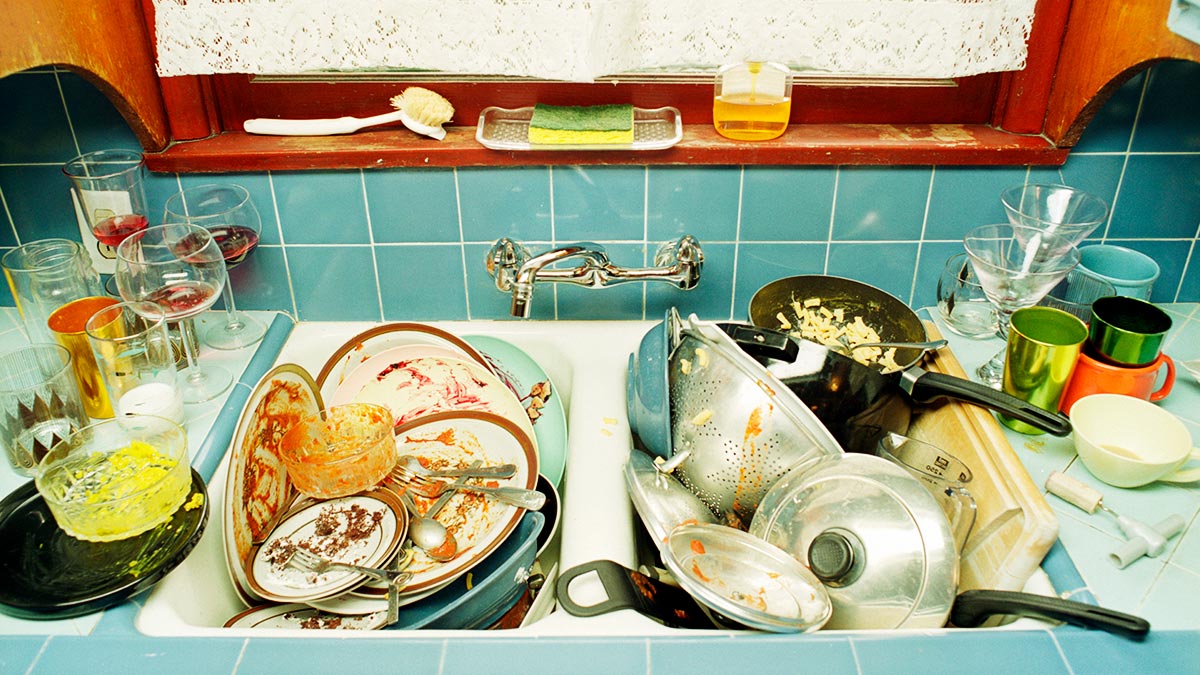 The Grocery Industry Confronts a New Problem: Only 10% of Americans Love Cooking

When I was first starting my food journey, these sort of instructions really made it difficult. Even until recently, I want exactly sure what it means to cream butter and sugar together. Some say until it changes color, others give a specific time, while others don’t give any extra hints. Also, I recently purchased a stand mixer and it behaves quite differently from a hand mixer, so times have to be adjusted. Some recipes say you can use a wooden spoon if you want, but “creaming” is very laborious, if not impossible, that way. Now I can look at the recipe and figure it out from experience, but it was really hard getting to this point.

But, as with at least one other of the 15/30 Minute books, there’s something that irritates the hell out of me. I suppose it’s the author in me. But there’s a phrase “season to perfection” which he uses. Now, leaving aside that it’s a meaningless bollocks phrase, it’s the total overuse of it. Out of 114 savoury recipes, it appears in no less than 64.

Impressive that you counted! Overall, is this a book worth having or should I take a pass?

is this a book worth having or should I take a pass?

Like most of Oliver’s recent books that we’ve bought, we’ve enjoyed the TV programmes more than the book. This one, like the 15/30 Minute ones, has left me wondering why we bought it (other than it was already on discount at the supermarket)

There is something about Jamie Oliver that i really can’t stand, For some reason, he always looks like he should not be around food to me. I have no idea how his food is because I somehow feel he should not be touching food. No idea why!!

The way he says “nibbles” makes me want to punch him in the throat. I have no idea why. But there it is.

Its a further mystery that anyone is actually buying books, much less cook books.

Between tablets and cell phones you pretty much have any recipe you want at your finger tips 24/7. No need to look things up.

Between tablets and cell phones you pretty much have any recipe you want at your finger tips 24/7. No need to look things up.

I read cookbooks for the same reason that one reads newspapers and journals for information, rather than clicking on links on social media. To understand, and be exposed to thoughtful and well-written explanations and to expand one’s knowledge.

A good cookbook provides a coherent vision of a particular cuisine or technique, instead of a list of ingredients and codified cooking steps; this is what good cookbooks offer that the Internet doesn’t.

Granted, there is much garbage out there, but not all chefs/cookbook authors have their books ghostwritten. For example, Nancy Silverton, James Patterson, and Fuschia Dunlop.

I read cookbooks for the same reason that one reads newspapers and journals for information,

Well I’m glad someone reads and buys books because I like them.

But I probably haven’t bought a cookbook retail in maybe 15 years. Most of my cookbooks are 20-30 years old, if not older. I view them more as reference works than a place to look for new ideas.

I also read 3-4 newspapers a day, including Swedish and German papers, but it’s also been 15 years since I bought one of those. Again everything online.

I do go to the library and borrow books, I just don’t buy them anymore. They’re just too heavy to move.

So a celebrity cookbook of dubious premise and provenance would be low down on my list.

I don’t buy print, I have digital subscriptions and ebooks. I do own a few, but they tend to be first editions of old books, or the occasional book given to me as a gift by people that know me and my tastes (Gjelina, Wakoshoku). If I am given stupid books (Rachel Ray??), I pass them along.

I am certainly not the president of the Jaime Oliver fan club, nor do i understand his popularity.

But you can’t deny that he has managed to reach a HUGE audience by trying to show that actually cooking a meal is accessible and adaptable to your abilities and finances- and for that alone i can’t bring myself to hate his guts because i think he is trying to make a difference.

Of course that doesn’t mean this is a worthwhile or well written book, but if this book helps more people start cooking for themselves more often - even with the potentially vague directions- then i think it’s valid and certainly more useful than the overly expensive large format vanity project cookbooks that exist to decorate coffee tables.

I can see how he’s not everybody’s cup of tea, but I quite like him, and there are many far less entertaining telly chefs around. However, he deserves star status for his campaigning for less crap food in schools. Never give up Jamie. 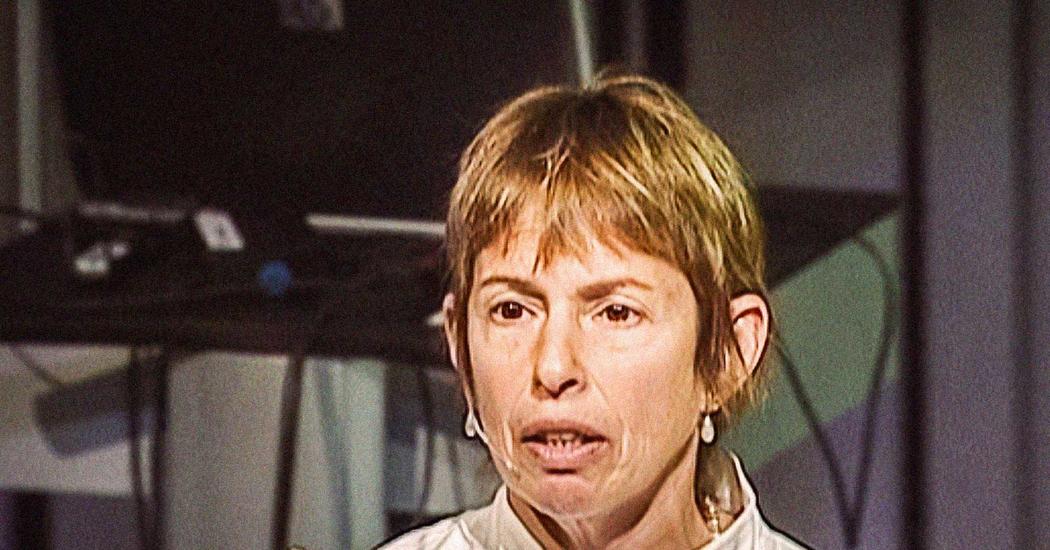 Speaking at the 2007 EG conference, "renegade lunch lady" Ann Cooper talks about the coming revolution in the way kids eat at school -- local, sustainable, seasonal and even educational food.

If I had the State education chequebook she’d get everything she wants, just to shut her up!

Yes, it’s curious how some telly cooks are better on the box than on the page. Nigella, however, is just the opposite IMO. Love the books, but not the programmes.

I think I’m in this camp too, I find some of his early (book) recipes useful, the ingredients are easy to find, instructions are clear, food is good. Note that my interest in cooking started quite late, I borrowed his book from a friend, and tried several recipes, I got good results, and helped me to want to cook more.

I have tried Nigella Lawson’s recipes, didn’t work for me.

Also salut his fight in school meal. You can easily dismiss it as a marketing plot, but I don’t see others doing the same.

Nigella, however, is just the opposite IMO. Love the books, but not the programmes.

I have never got to grips with Nigella (snigger, snigger). Bought several of her books, tried recipes, never really found them successful, gave books ot charity shops. Also can’t stand the breathy, bosom heaving nature of her on screen persona (yes, I know it’s supposed to appeal to middle aged straight men - but it just doesnt do it for this one). That said, I was watching an old Nigel Slater programme the other day on which the young Nigella appeared - such a different, almost modest character.

As for Oliver, I quite like the TV shows - there’s quite often a snippet where you think “yeah, good idea”. And, have to say, I admire his business acumen as well as the school dinner campaign but, more so, his 15 charity.

Cooking is definitely becoming niche. I know many who post on social media when they cook to highlight that they did it for once, as if that’s not how people historically fed themselves. Many of my coworkers eat out 2-3 meals a day. Dinner if at home is out of a box or some sort of 1-2-3 step throw together meal. I literally had someone say to me last week “wow you cook most of your meals.” Uh…yes.