Today at the Altadena GO. I’ll bet these would help make a tasty Japanese Highball. 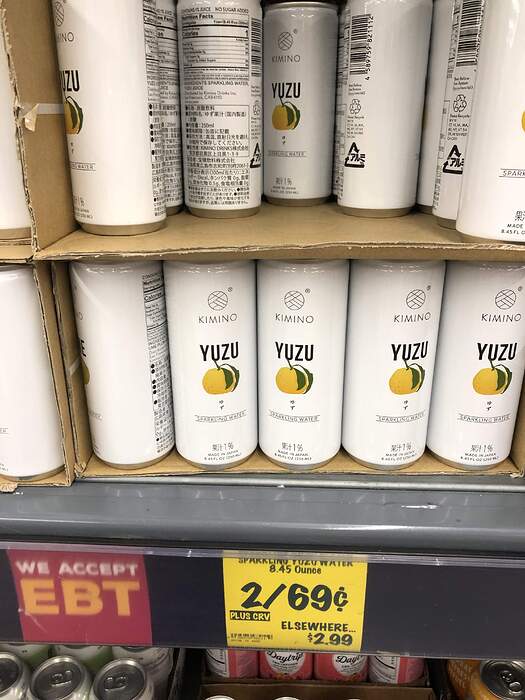 So apparently Melanie Wong has an Instagram page. It showed up on my IG feed this morning and featured a detailed report (from her view) of the disagreement she and I had on Chowhound about Grocery Outlet finds. Here on HO I’d said that it “kindof felt like she had a more than benign interest” in promoting GO as a brand. She said I’d accused her of shilling for GO, which is pretty much what I did. If that was all she’d said, that would be fine.

Instead she chose to belittle my shopping acumen, call me a numbskull, and essentially disparage my taste. NOT COOL! From what I’ve read she’s a mature accomplished person. The post was pretty brutal IMHO.

I shop at my closest Grocery Outlet every ten days or so. I almost always find a few good buys in wine, along with a few bargains in everyday products. I’ll pick up a couple of interesting ‘unique’ food items too. The point I was making was that it only made business sense that a GO franchisee would tailor their buying to what they sold best, so my local GO likely found less of an audience for the seemingly larger numbers of ‘finds’ being posted about mostly at NorCal stores. I still stand by that opinion. It’s not like I was attacking motherhood. Sheesh!

As the dust settles, I actually find this all kindof funny. In which Shakespeare play was the line “methinks thou dost protest too much”?

GO is not a hill to die on.
And of course, you’re correct.
GO owners tailor their product mix to their audience.
Basic principle of their business model, seems to me.

This is delicious! Thanks for recommending!

I would have gotten some nice Manchego at the East Hayward GO this morning had the cash registers not been down. 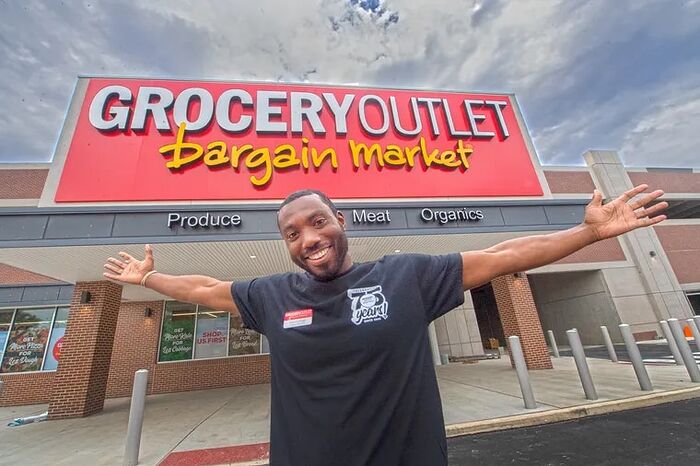 Donta Rose was helping to set up other Grocery Outlet stores in Philadelphia when he got the idea to own one himself, in his old neighborhood.

South San Francisco, Hickey Blvd.
.34 cents for a big Sabra hummus - let’s just call that free hummus.
The Big Pink rose is good - I think they’re exaggerating the retail price? But I like it. 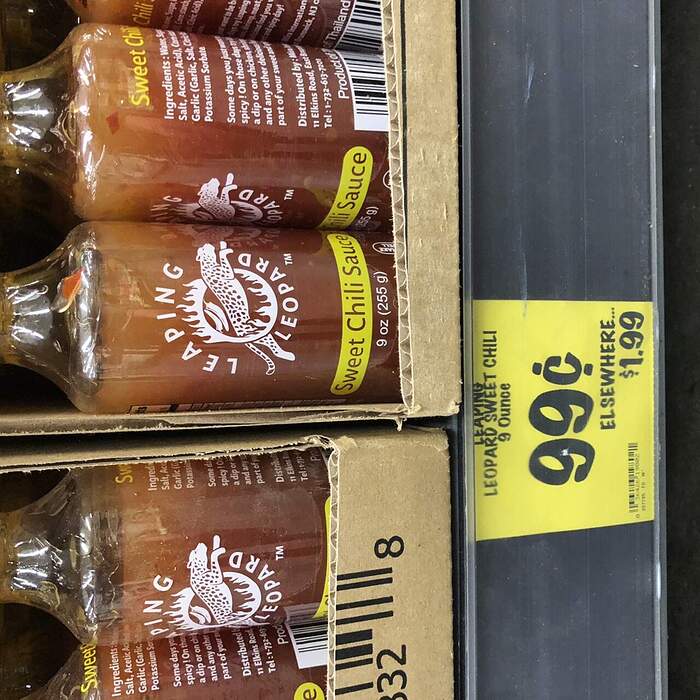 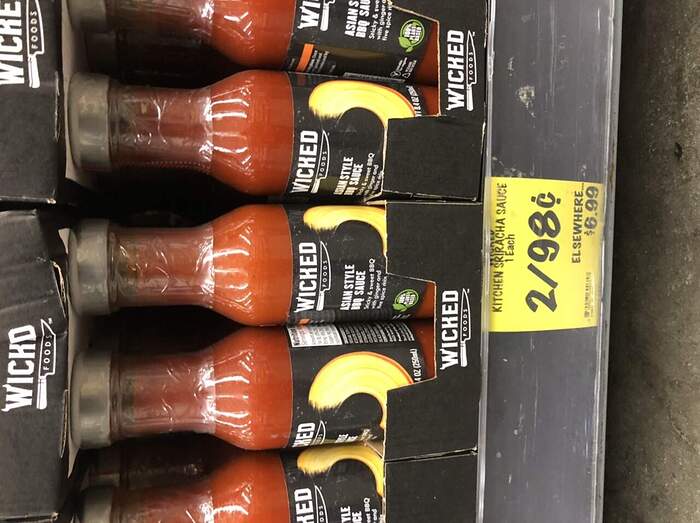 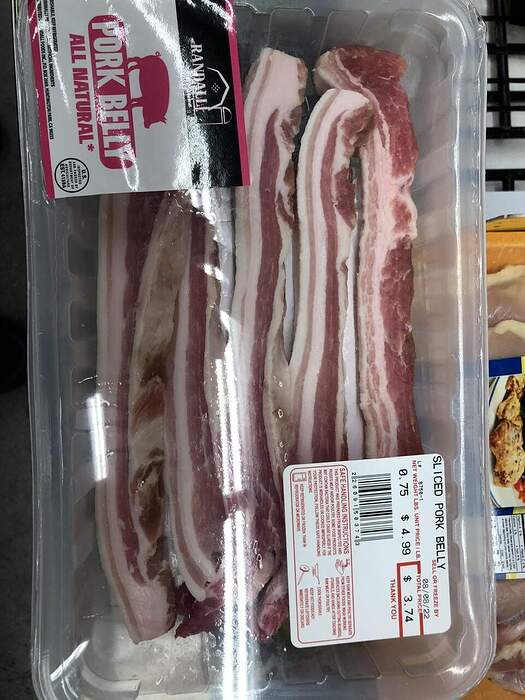 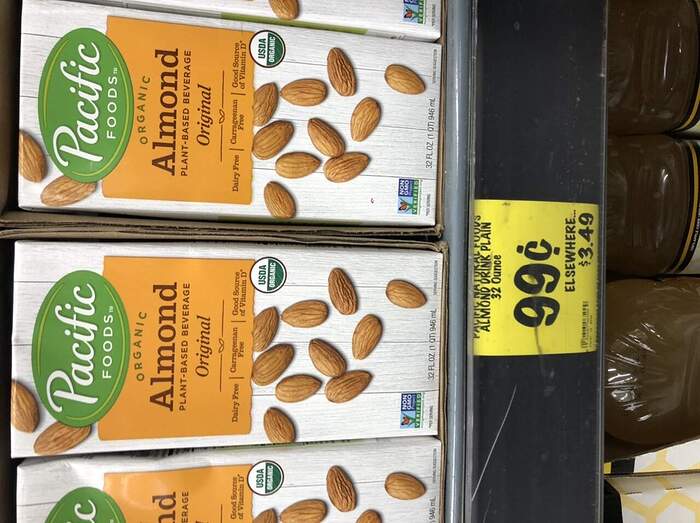 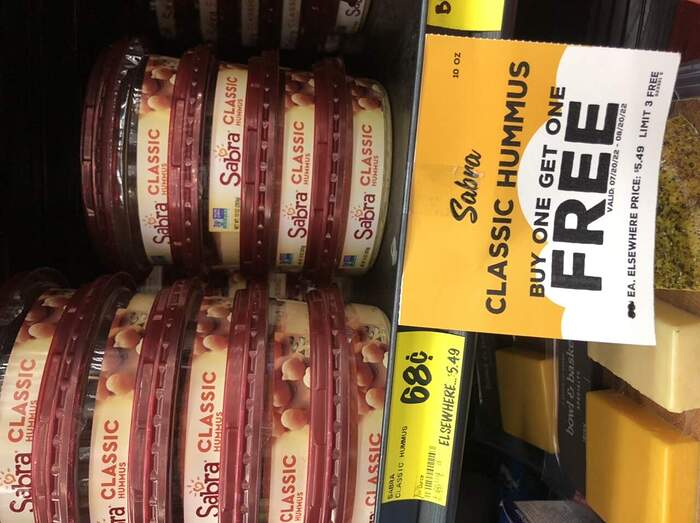 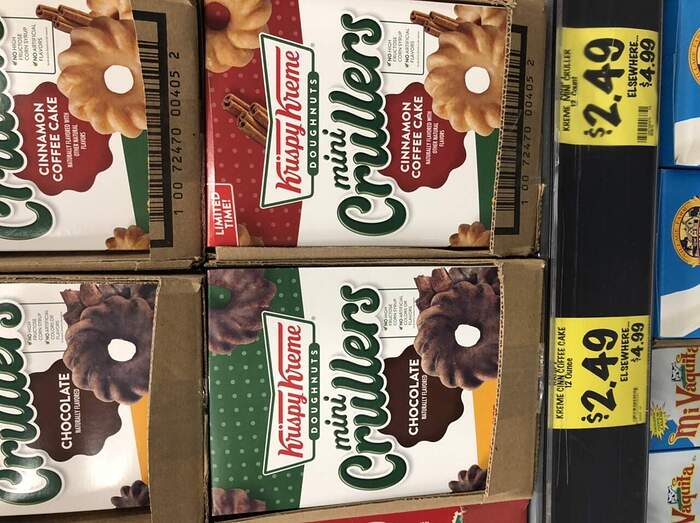 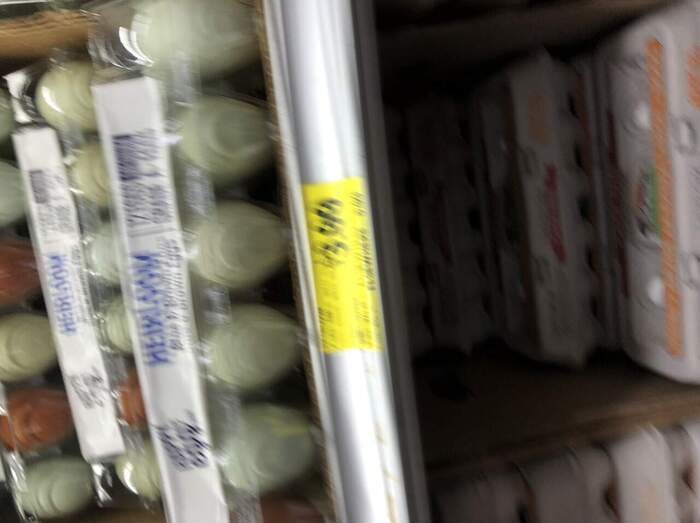 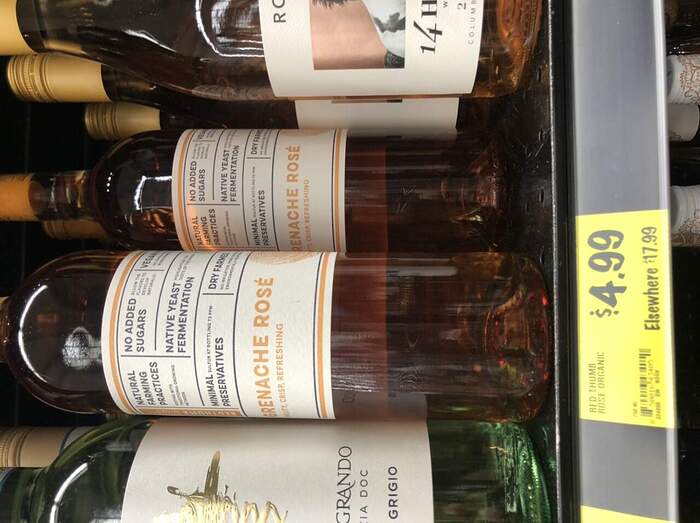 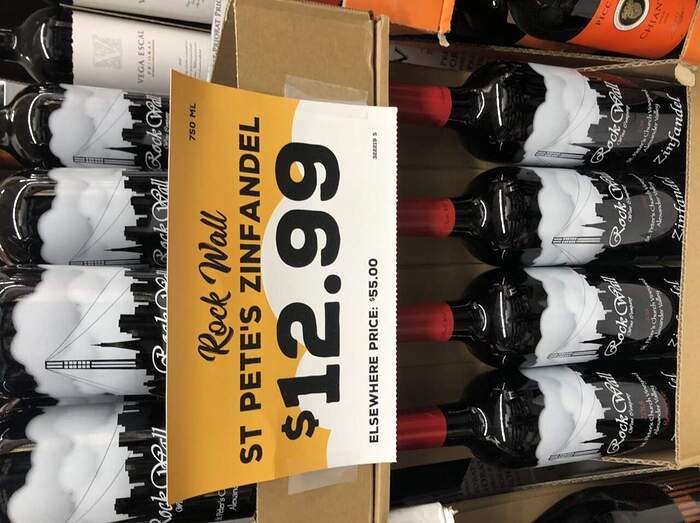 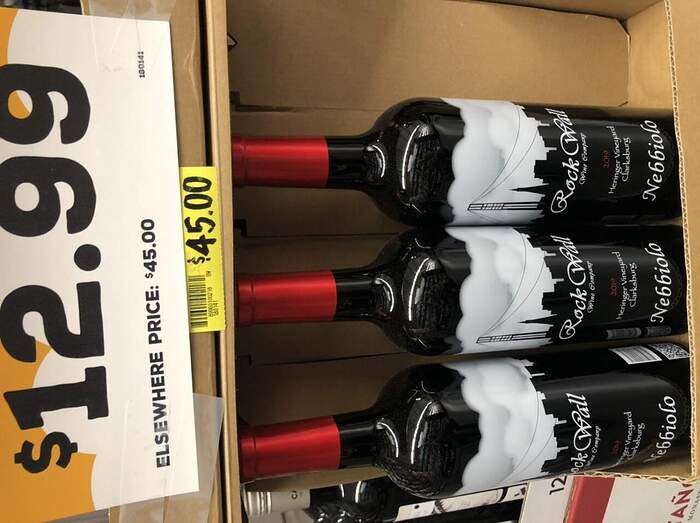 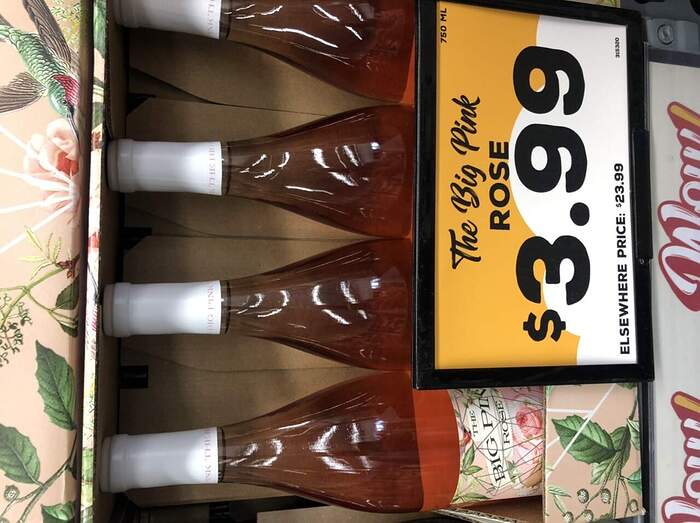 They are probably trying to move the hummus out before it expires (it is still 2 for $.99 at both South Van Ness and Portola I believe, the same as was advertised on a recent GO flyer.)

I also bought a bunch of Pillsbury refrigerated buttermilk biscuit dough for like $.25 each for a small canister.

South Van Ness also has the Kimino ume sparkling water for $.99/can and mikan (Japanese orange) sparking water for $.50/can, but I didn’t really care for either. They have some real fruit juice a la Spindrift sparkling waters, but this also makes them IMO unpleasantly acidic for drinking on their own. Maybe they’d be better as a mixer (or perhaps I just prefer the Kimino juice drinks to their waters).

The hummus keeps getting cheaper. Pretty soon it will just be “Get One Free”.

We’ve got the same hummus up here.
They must have bought a factory load.

We walked over to the Van Ness location yesterday to check on lotion (I guess they sometimes have the EO scent my gf likes for her ‘day lotion’). I don’t eat beef at home very much except for Flannery once a year or for some random dinner party/bbq which I just go to Fatted Calf down the street so don’t know how good of a deal this is. But wasn’t Marin Sun Farms popular a few or more years ago? Did they get bought? I forget, but they had a whole case of 12oz strip steaks (a lot of them looked good with nice marbling) for $7.99.

I got one but not sure when I’ll cook it. At that price might even just use it in a stir-fry or something not just a steak. 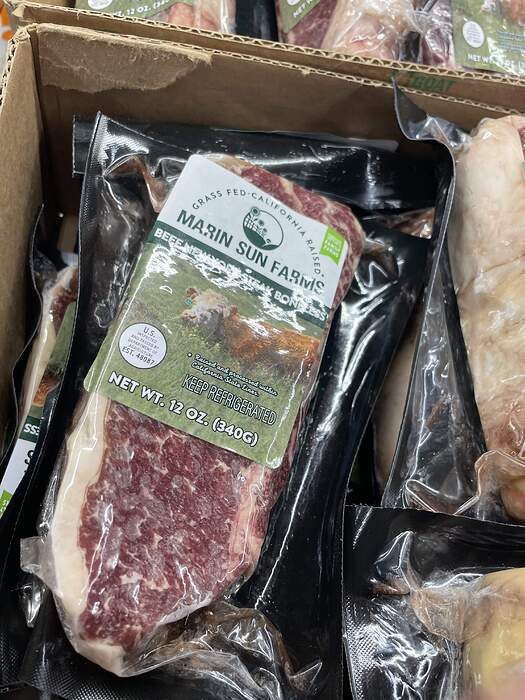 Have you or someone you know bought food at a salvage or outlet grocery store for the first time recently? Working on a story about food inflation. DM me and go directly to reporter heaven.

That’s a great price for that cut and from local butcher. Enjoy! 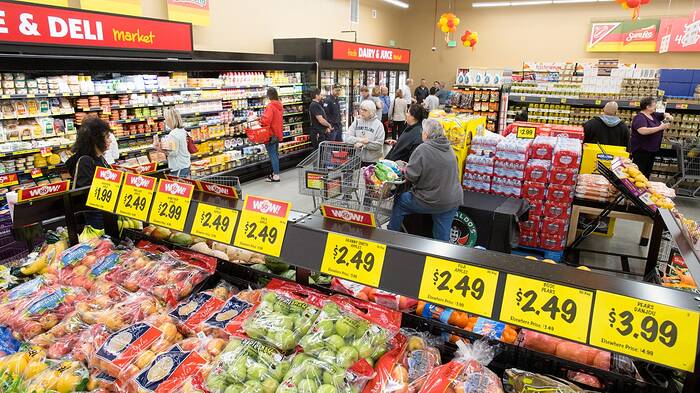 The East Hayward GO had those fancy eggs today, along with Philly Cream Cheese spreadable 1/3 less fat (my go-to–usually they just have weird flavors) and several varieties of Coolhaus ice cream (I got the S’Mores). 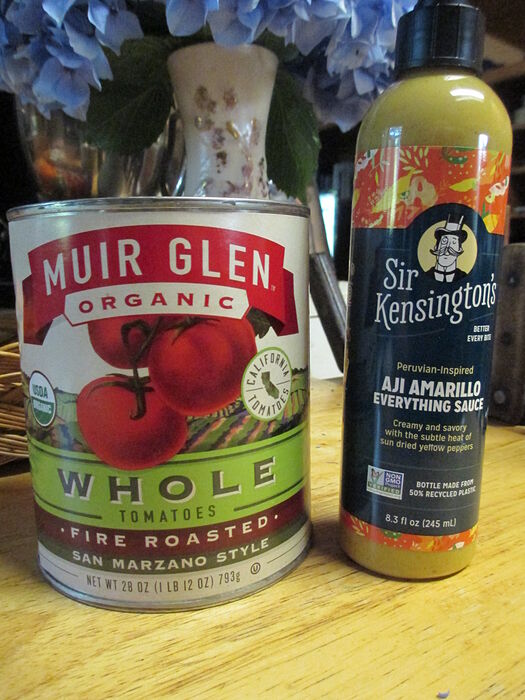