I believe when they opened and after my scathing review, I predicted they would last a year. Well, they lasted exactly two.

Zhang’s Grille in Holmdel is DONE. New preliminary signage has gone up advertising a seafood restaurant.

God damn, they never learn, do they?

If the seafood restaurant is in the mold of the original Peter’s, that would be wizard! But it will probably be more like Pride of the Sea.

So the “thia” food did not make it. Lol

Do you have any info on the new joint?

Bob do you know who bought the liquor license? (If anyone)

Nothing yet. Will keep digging.

Hopefully someone will reach out after I put my formal blog post up (with a couple digs at Zhang’s of course).

No, the THIA and Korean BBQ didn’t make it in Holmdel.

Man I really miss the ruby. That place was tremendous. For 5.95 you couldn’t beat those lunch specials. The eggroll alone was a meal.

Did you ever have the Monday (perhaps tuesday as well) special? It was ridiculous!!! It was something like 24.95 or maybe even less. You got two dinners, soup or eggroll, pupu platter, two mixed alcoholic drinks, and two desserts. It was almost to the point that I felt bad. You couldn’t finish the food and you could take home a bunch. I was like “can I offer you a few more dollars for this insane meal?”

Ruby was the only place I knew of that had Pan-Fried Noodles, and after a while it was pretty much all I ordered there.

That place was great. I really miss it. There is not anything around here like it that I know of. I loved their lomein. I would take half of the dish home.

Yes I remember! I went with my parents several times. They would get Mai Tai’s. I was too young to drink!

Good things don’t last forever! Now it would cost you twice as much, or more. A mixed drink now is 9/10 or more in most spots.

I think I made a “throwback” thread a while back. If I recall, I was asking what places we wish still existed. Let me see if I can find that, or it could be in dreams lol 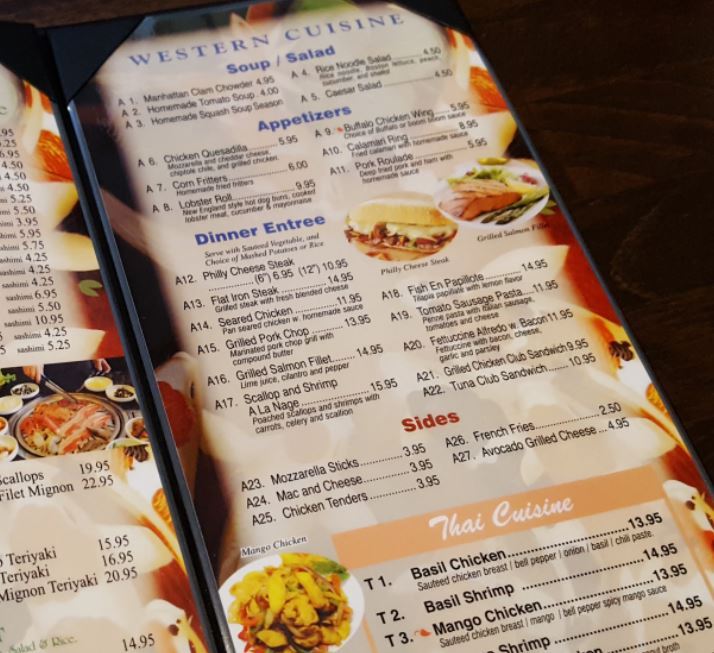 One of Zhang’s bizarre menu pages.

It was one of, if not the worst meals I’ve ever had in my life. In August of 2017, I predicted they would last a year. Two years to the month, they have shut their doors. Reviews were certainly mixed, but based on my experience, I had never seen such a ridiculous menu in all my life (tuna sandwiches and quesadillas next to General Tso’s Chicken and sushi, anyone?). They couldn’t even get their sign out front right: it read “ Thia and Korean BBQ”. Preliminary signage has gone up for the new business, advertising something along the lines of a seafood restaurant. 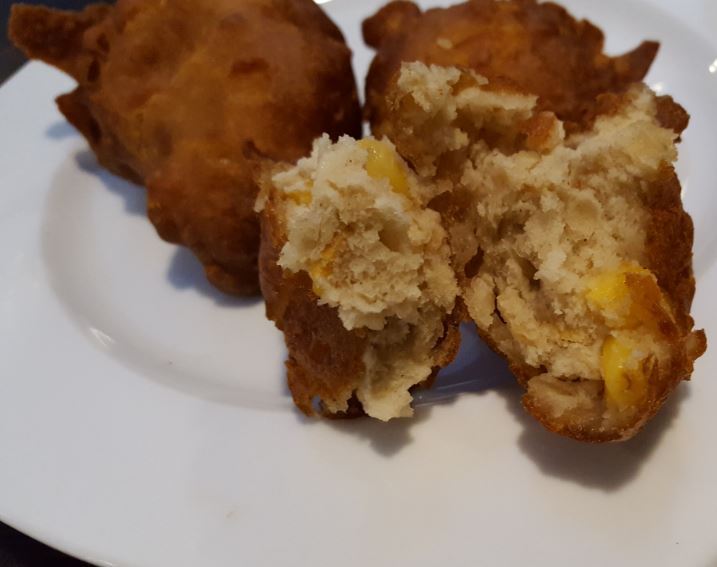 Inside a “corn fritter” I unfortunately ordered.

There is no other information available at this time. While I hope the new place succeeds, they could not have chosen a more odd place for a seafood joint. Though the Holmdel/Hazlet area lacks something of that nature, no place except Keyport Fishery (which is takeout only) has managed to thrive. It will be interesting to see how this develops over time. Not even Schooner’s Fishery in Belford (a lot closer to the water) could last longer than a year.

FWIW, Peter’s Fishery in Matawan lasted over thirty years, though it had a location change (catty corner), and one ownership change.

Someone claiming to be the GM (of the new place) just commented on one of my Facebook shares saying “its opened”. I didn’t think it looked ready, but I could be wrong. Will report back.

I passed by last night on way home from keyport and it was legit empty in the lot.

I last passed two days ago and it was far from ready. The sign was barely up.

Maybe it was a bot or spammer.

I had not seen anything from Pride of the Sea for quite sometime. Between the owner and customers posting in manic fashion on the Matawan Facebook pages, it was a daily occurrence to see a conversation regarding the place. I just checked their Facebook page, and it is empty. All posts dating back to 2018 have been removed.

@gracieggg did this place fold or what???

I was just about to post this. Looks like the landlord posted something on the door about not paying the rent… 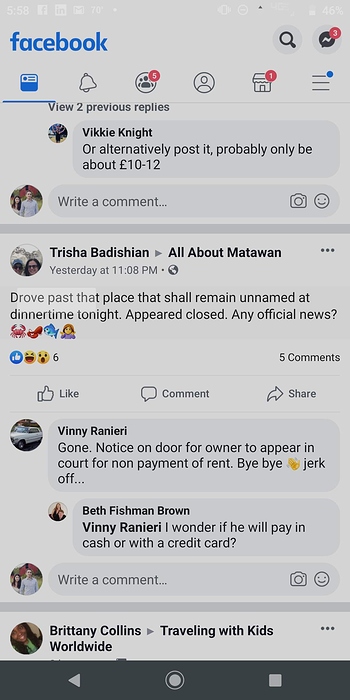 Just checked out the owner’s [public] Facebook page. Everything is gone. Like the place never existed. Was this just a scam? Did he just con people for as many months as he could without paying rent? I just woke up and may be foggy but…

It does feel like a large scale punking, right? He berated an entire town and managed to insult people on both sides of politics. Completely bizarre. I briefly considered that it was a money laundering operation, but it would be extra stupid to be so brazen. I would love a nice restaurant in that spot. It is so close!!!

I would love a nice restaurant in that spot. It is so close!!!

I would love a clone of the original Peter’s Fishery!

Peter’s Crab and Steakhouse will be the place (with the full service bar). Just got this in the mail. Shocked they are open. Exterior looked abandoned as of two days ago. 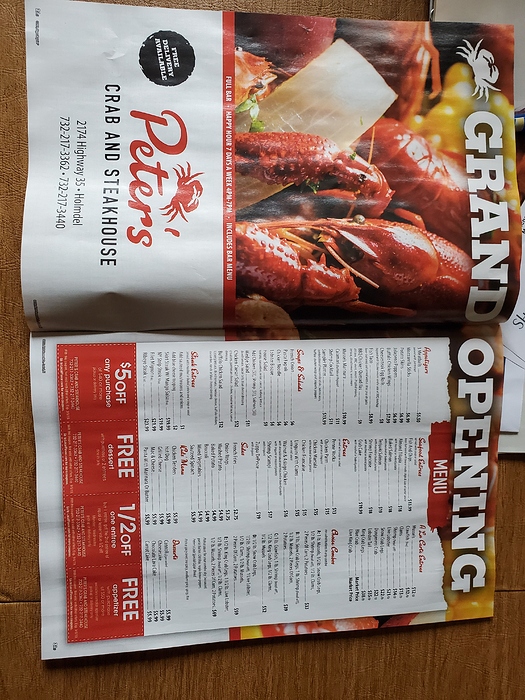 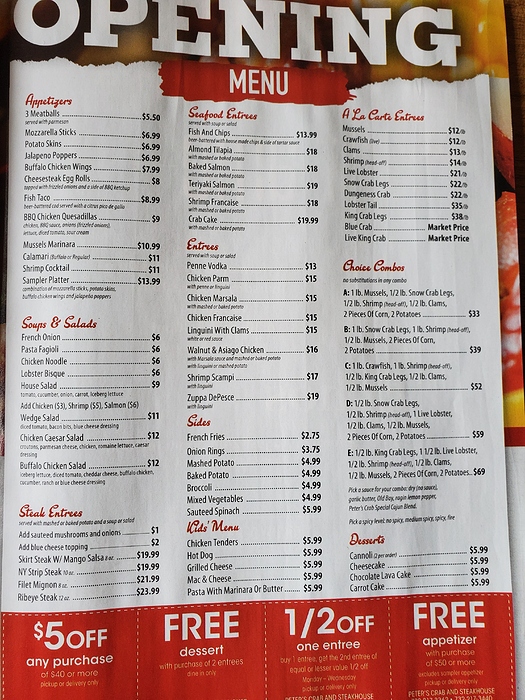