Your most unusual spice

Cleaning out my spice cabinet to prepare for a refresh. I found a container of Moghrabieh spices that I bought to use on baked winter squash. (No, I have never made the Lebanese dish Moghrabieh.)

What’s the most unusual spice in your cabinet? It doesn’t have to be rare or pricey. Single spices, blends, mixes, pastes—anything’s fair game. 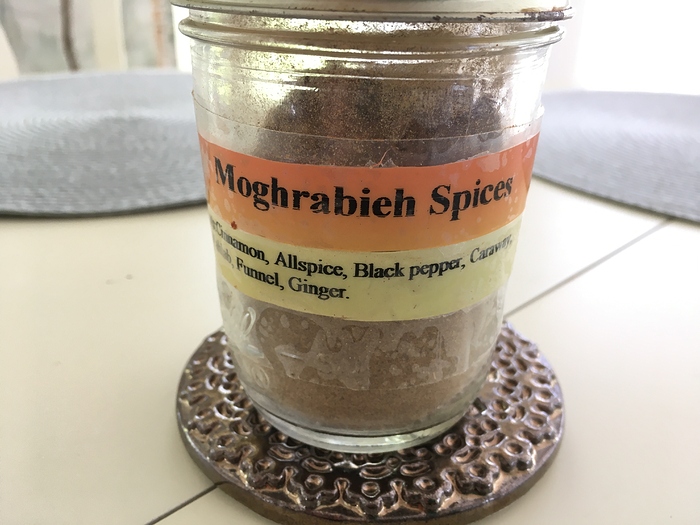 I don’t know how unusual it is, but this is my favorite: 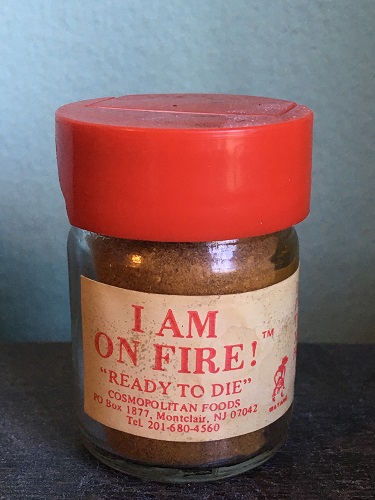 Here’s the back label - it not super descriptive! I’ve had this little jar for about 30 years, maybe more. I’ve never used the contents. But I’ve dropped the jar a few times, so it’s got some cracks. 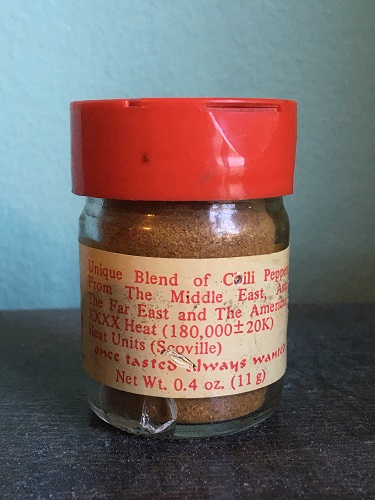 Not super unusual but the blend my family or friends ask about the most. I use it in bread dough and with olive oil as a bread dip. 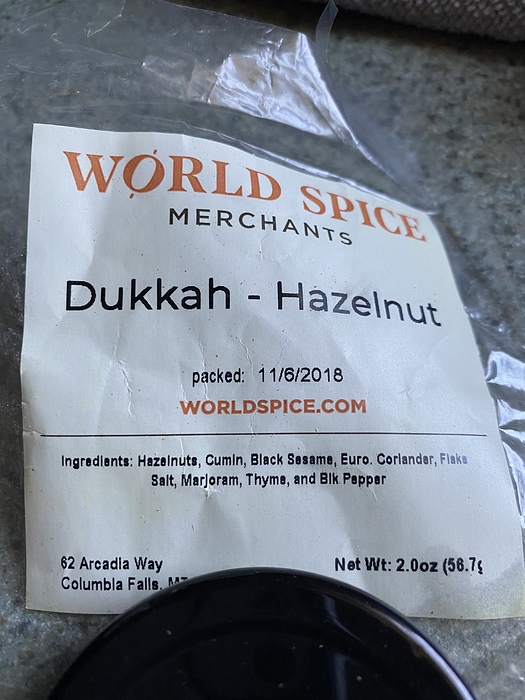 With that promise of heat on the label, I can understand why you haven’t opened that bottle!

I’m masochistic, but not suicidal.

Dukkah isn’t common here in the US, I think. A restaurant in Cambridge, Mass. called Oleana is where I was introduced to the stuff.

Hmmm, been a long time since we’ve had dukkah and I do have hazelnuts…

I love when the indiv spice list is included so you can replicate.

What’s the most unusual spice in your cabinet?

I suppose “unusual” must be in the context of my national cuisine. Of course, it isnt unusual in this house - but baharat won’t be in too many British kitchen cupboards.

This one, also a blend, I purchased recently. On any fish, eggs, dips, salad dressing, fries and popcorn it adds a brined flavor without being overly salty. 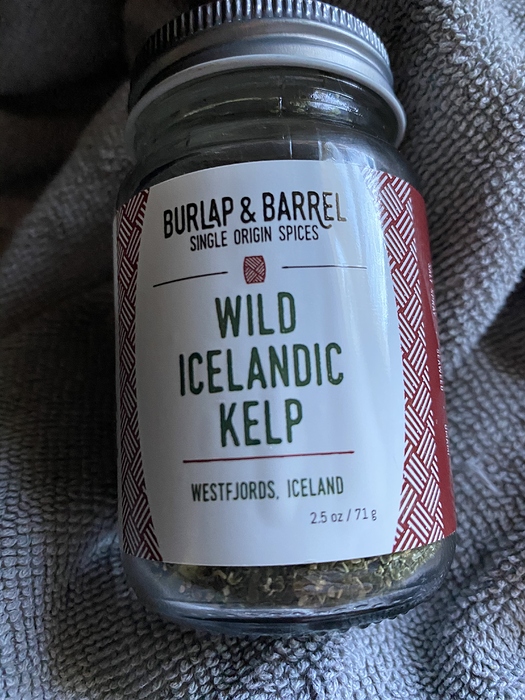 I’m like a magpie when it comes to previously-unknown-to me herbs and spices, so I have a lot of 'em, and I’m not sure what makes one more “unusual” than another, except maybe for their rarity in my native US/Western cuisines, or in the US marketplace?

In that vein, I guess I’d have to go with blue fenugreek (a Georgian spice, as far as I’ve seen, not grown or used elsewhere), and maybe edible camphor? I’ve used the former, which is very similar to regular fenugreek, but has a slightly different fragrance, a little more floral maybe? (But I’m not at all sure I could tell the difference in a dish, even side-by-side). I have not (yet) used the latter, which afaik is only rarely used even in Indian cookery (only in a few sweets/desserts), but it’s not at all easy to find (here), so I grabbed some when I did come across it locally.

Maybe Tajik cumin counts too. I’d never heard of it before I saw it at a local Uzbek grocery store, but according to the Interwebz Tajikistan is famous for it in some circles. I’m pretty sure it’s the same species as regular cumin, just a localized strain (and maybe terroir-specific), and it’s used like/where regular cumin might otherwise be used, but I’d describe it almost as a cross between regular cumin and black cumin. Has a definite earthier edge to it like black cumin has, but not as overwhelming as black cumin. (I don’t know if anyone in South Asia ever uses black cumin in place of  the regular kind - the recipes I’ve seen treat them as different flavors - but I myself would not like as a one-to-one replacement for regular cumin.) 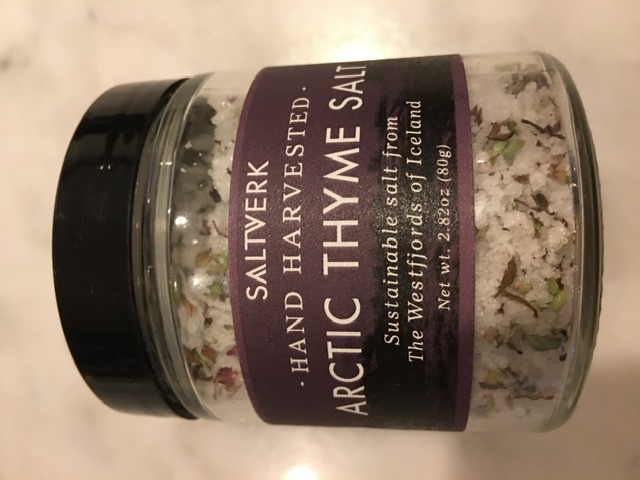 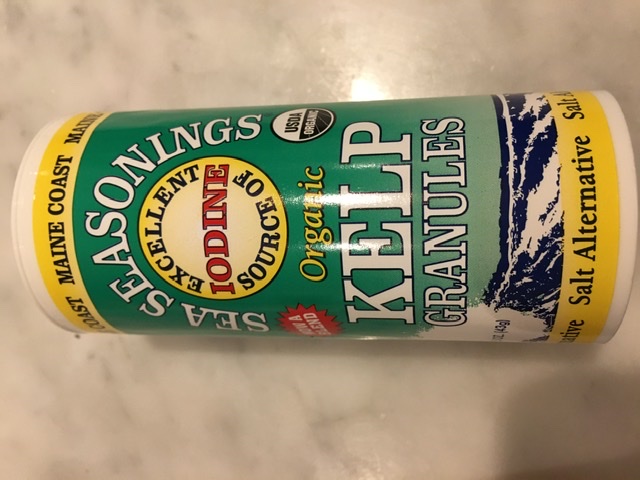 And my dukkah contribution. 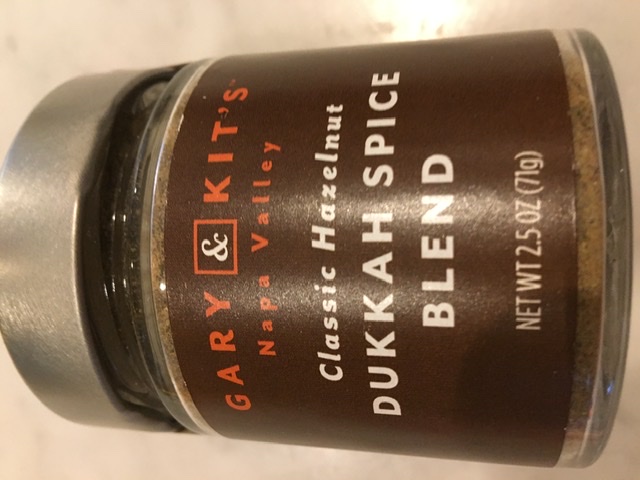 But I don’t have anything out of the ordinary, surprisingly, since I usually buy spices on a whim.

ETA: Don’t have time to fiddle with the photo orientation.

baharat won’t be in too many British kitchen cupboards.

I had baharat on my list too, because it’s unusual for me to remember to use it. I use berbere a lot, but it may be just as common.

Some I have and want to use more are
Vadouvan
Sumac and
That blend with sumac…brb…Za’atar!

I have about 230 spice and spice blends plus 3 kinds of pepper and 12 salts. I have 5 others on order already from a small shop in Cambridge, MA. And now I have to go searching (on-line) for some of the spices I don’t already have. Is there a Spice Buyers Anonymous?

Kari Gosse is a curry from Brittany, formulated by and sold only in pharmacies on the Southern Coast. I know because I tried every village pharmacy on the north coast to be met with shrugs and confusion. it is, I am told, the quintessential and defining flavor of humble fish soups in that area of France. 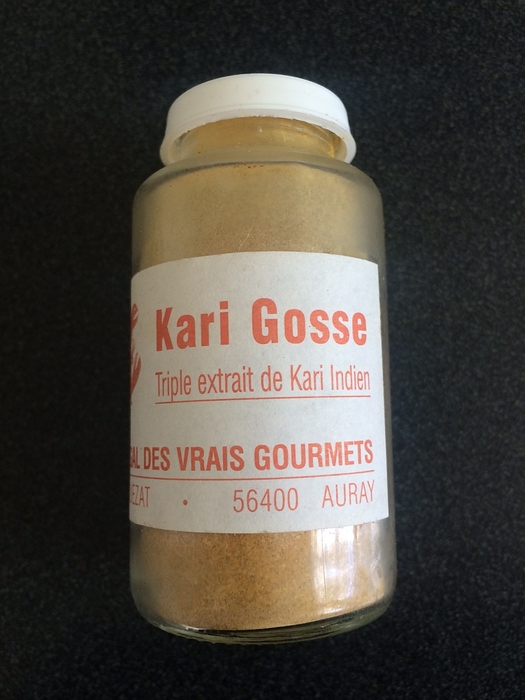 Hmm. Ras al Hanout is hard to find in the US, as is Chinese 5 spice powder…but there they sit next to the herbes de Provence (because I won’t buy the travesty that Penzeys sells), a jar of juniper berries, and my beloved jar of Goya Adobo (because I put that sh*t on everything)

The Adobo is common here in Florida because of the Latin heritage here, but I think it’s an anomaly elsewhere.

Might be an anomaly here (N Cal), but the Mexican markets carry several kinds, and a few kinds of Sazon as well . These are the ones I keep. 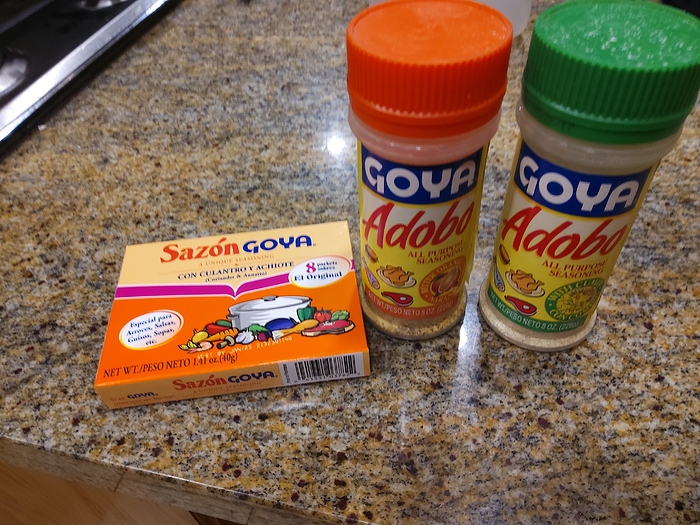 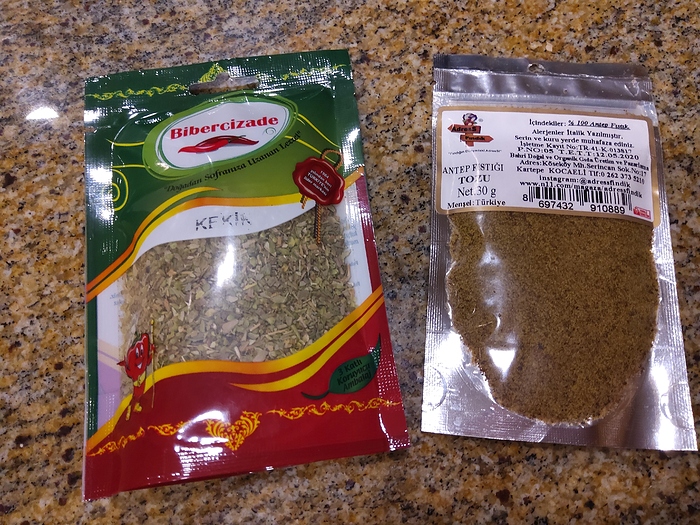 Tricky thing for me is, a few herbs go by the same name in Turkey. I believe that is Turkish oregano on the left, and pistachio powder on the right.

What do look for in Ras al Hanout?

Nicest thing we do with za’atar is to take a flatbread, drizzle with a little olive poil and heavily sprinkle with za’atar, then put in a hot oven for 30 seconds or so to crisp up.

Our nearby Middle Eastern shop usually stocks versions from Syria, Palestine and Jordan. If I understood the woman in the shop correctly (we got by with very poor French, as I have no Arabic and she had little English), the main difference is salt quantity, with the Jordanian having the highest ratio.