"You should cook your steak directly from frozen, every time."

I just got a delivery from “Crow Cow”, and that’s what they say! Lately I’ve been doing a reverse seared thing, after starting in a 250 f

Cooking frozen steaks without thawing!
They say it was tested by
Cooks Illustrated
Anybody here do this?

Indeed. Works beautifully. But you can’t marinate or use a lot of flavorings beforehand.

Someone else figured this out, though, not CI…

Thanks for reminding me of a technique my aunt used.

Salt and pepper steak (not frozen) and pop in the freezer for a half hour. Then grill per usual.

I was skeptical, but the steak finished beautifully. Will try with my next hunk of meat.

). Is there a thread for that? 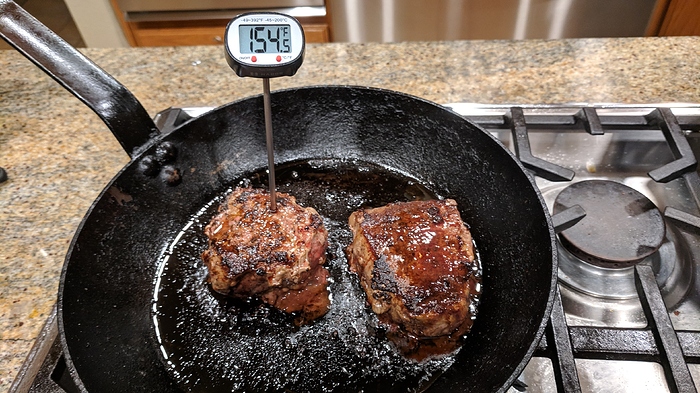 Didn’t hear as expected, but so far so good, at least the way husband likes it.

I had a friend who did roast beef that way, and it was wonderful. Good bark but still rare at the center. Sadly, I don’t know what oven temp she used but if memory serves, a 5-6 pound roast took four hours.

I often cook frozen steak. Searing works best if the steak is flat and a cast iron pan is very, very hot and the steak is dry. Put a little oil on the frozen steak. A minute or less per side on top of the stove should do it. Next, the steak goes in an unheated pan and into a 200 degree oven until an instant thermometer says it’s done. I like my steaks about halfway between rare and medium rare and this could take 45 -60 minutes in the low oven.
Roast beef is cooked in a similar way. Since stove top searing won’t work for a large roast, I sear those on the grill, take the roast off until the grill is as low as I can get it and then return the meat to the grill. Sometimes I sear it on the grill and complete the cooking in a low temp indoor oven. And, sometimes I sear after the roast is done and rested while I get the broiler or grill very, very hot.
Cooking from frozen is less important than the low and slow oven in my view.

This is a very scary thread. 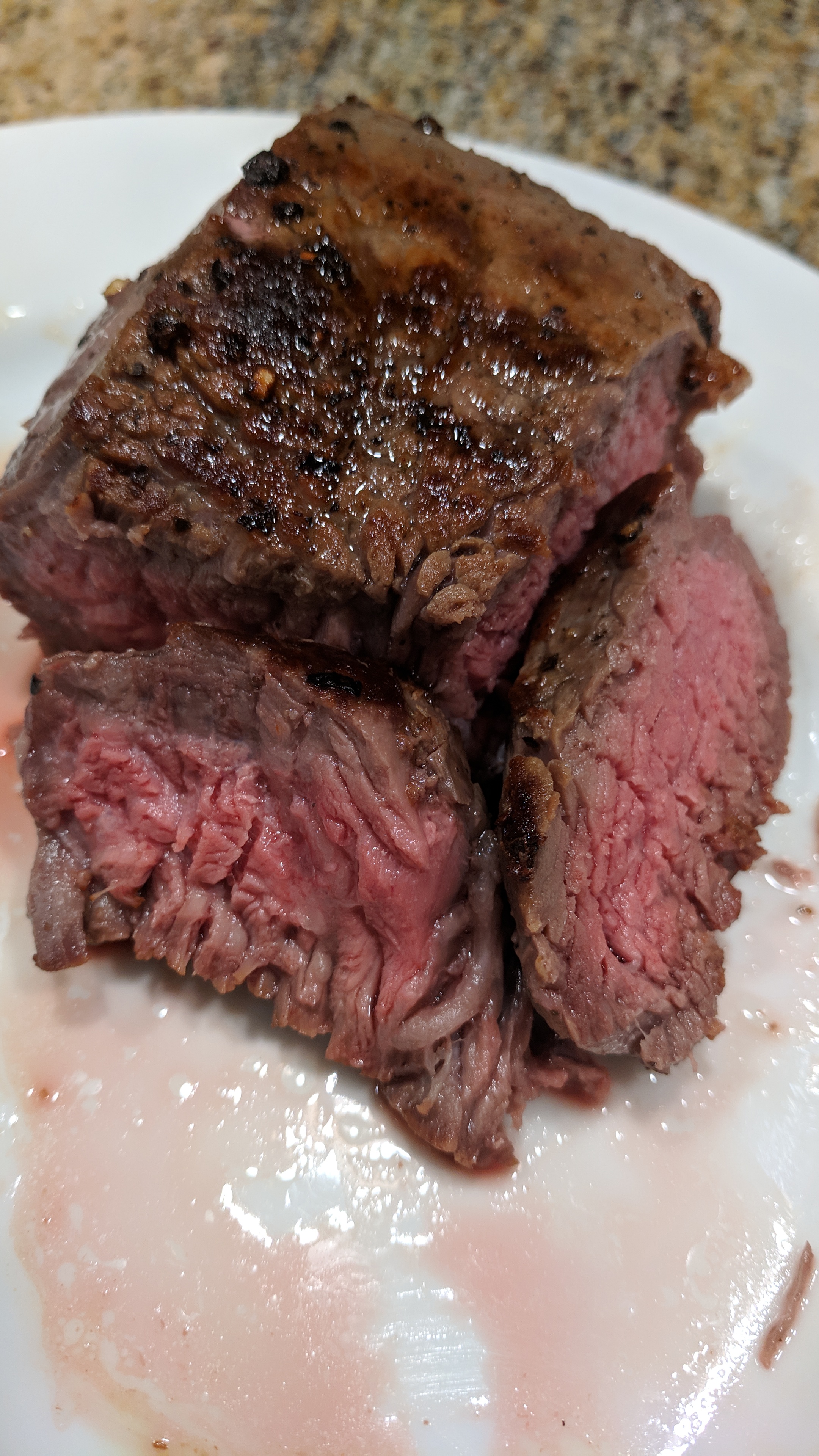 Here’s some i made from thawed. 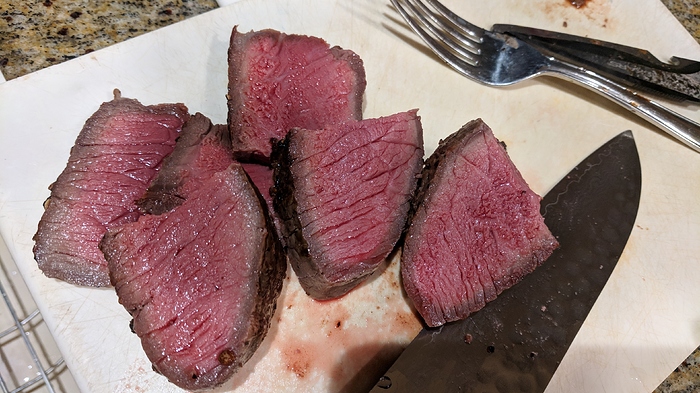 I on!y tried the second one. Husband had the first. We both enjoyed them. Not a very scientific experiment.

How much more time was the frozen exposed to heat? The non frozen looks the rarer of the two

That’s because it’s how we prefer it. Husband likes medium to well, and I like rare. I didn’t time it, I just went by feel.
I was also experimenting with the right way to cut it in the first piece.
I know; not much of an experiment.

I know for certain that my friend used only the oven for her roast beef, and did not sear separately, though it is possible that at some point in the process she switched the setting from roast to broil.

At the low temperature, the cap won’t get that beautiful brown of high temp roasting. But if you take the meat out, crank up the oven to as high as it will go or set it to broil, you can return the roast for 4-5 minutes to crisp up the exterior.
Another disadvantage of low temperature is lack of drippings for Yorkshire pudding, gravy, sauces.
An alternative is to roast the meat at 450 or so for about 20 minutes to get the exterior going and then turn down the oven for the rest of the cooking time.
And then there are the 40 plus other recipes for cooking roast beef.

I was told to let a defrosted protein sit out of frig 15 mins before preparing. No?

My friend always made this roast with Yorkshire Pudding, pouring the batter around the meat towards the end of roasting. So maybe she was using a hotter temp throughout, but must have been in the last hour.