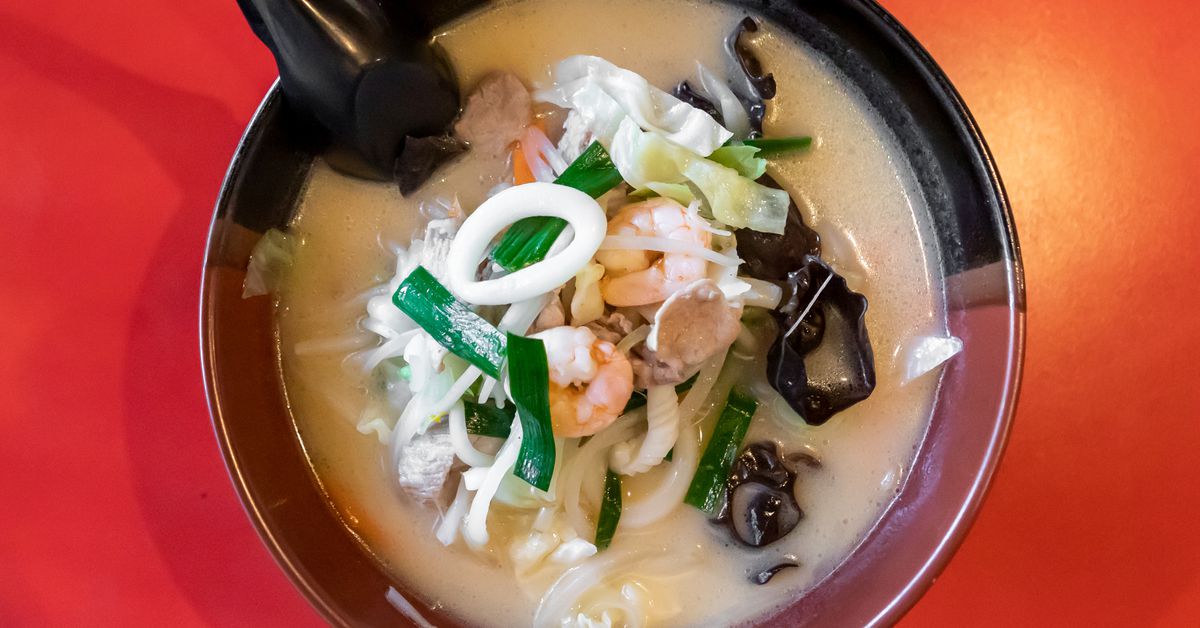 I used to work in San Mateo and definitely got a sense of the sheer number of Japanese restaurants there. It’s also where I had my first truly great bowl of ramen (at Santa in their old location). Missing a mention of one of the best sushi restaurants in the bay though (Sushi Yoshizumi).

Thanks for sharing. While the article does feature a number of great places in San Mateo (Yu-Raku for example) I do wish there was more variety to be found other than Ramen and Sushi. It seems to most Americans this is what “real” Japanese food is. Would love to see a Tempura bar, Okonomiyaki or fast casual Tonkatsu place similar to what you can find in Tokyo. Sadly I don’t think there is enough demand for those kinds of places but with most people around here being foodies and well traveled I wouldn’t be surprised if place like that did well.

Is Usagi still around? I enjoyed their omelette rice a few years back but haven’t eaten since.

Also San Mateo’s always fascinating. Within a one month period there is something closing or opening…

Agree that the turnover in SM is pretty high, guess rents must be expensive and the unsuccessful businesses get weeded out fairly quickly.

Ack! I don’t usually walk around in Usagi’s direction. I’m sad to hear it is gone now

Can’t comment on Burlingame as I don’t go there too often but Millbrae also has a decent turn over ratio, although based solely on observation it does seem to be slower than San Mateo. San Mateo seems to be a magnet for concept style asian businesses so perhaps if the concept doesn’t work out that could be contributing.

It does seem that there can never be too many boba shops in SM apparently. Considering it probably costs less than $0.25 to make a drink and they sell for close to $5 at most places the profit margin must be pretty high to be able to sustain that much competition. Unfortunately the amount of competition doesn’t seem to be driving up quality as I’ve tried most of the places in downtown SM and feel the quality is mediocre at best.

We live in the EBay so we don’t get out to the San Mateo/Burlingame area very often. However, this past May we were flying out of SFO so stayed overnite at a hotel nearby.

We took a Lyft over to Sushi Maruyama/SMateo which was pretty good. A couple of excellent small plates altho the rest were pedestrian. The sashimi looked amazing but my DH confounded me by preferring to try all small plates that night (he is usually a sashimi fanatic and wipes out 20-pc platters by himself after we share some starters).

I had picked Maruyama because the menu was a change from the “let’s offer everything” menus of today. It reminded me more of the type of restaurant I remember growing up in the JA community in Chicago, when the restaurants were more apt to specialize.

Small, intimate; amazing service. Until that meal I hadn’t realized how long it had been since I heard an entire staff speaking Japanese, LOL.

We visited Suruki Market early in 2018. I wrote this summary in my notes:
"…Suruki is not a destination market. It’s an anachronism: one of the few remaining examples of what was a cultural resurgence of Japanese-American businesses that prospered after release from the West Coast relocation camps. The idea of a Japanese market as an exotic “ethnic” shopping trip now seems quaint. This is a dying breed, rare now on the Peninsula and almost non-existent in the East and North Bays.

As the Japanese-American community further disperses, both geographically and racially – the community has the highest rate of interracial marriage of any ethnicity in the U.S. – someday soon Japanese markets like Suruki will disappear entirely, consumed by Ranch 99 and its ilk of all-purpose Asian foodstuffs, or Safeway/Lucky/Whole Foods as their ethnic aisles expand. "

Suruki is a small Japanese grocery store in downtown San Mateo. What sets Suruki apart from many Japanese grocery stores is their fish counter in the back that offers cut-to-order sashimi. They have a pretty large variety of sashimi fish available- one can easily get the classics covered at a very attractive price. Its no Yoshizumi and there is nowhere to sit, but its also magnitudes cheaper. They also have vinegared rice available, so one can get a small or big package to go with the sashim…

Your DH can certainly wipe out 20 pc here at a very attractive price.

<<Your DH can certainly wipe out 20 pc here at a very attractive price.>>

Nope, unfortunately. We wouldn’t wait around just to get a sale, especially since we live in the EBay. On those rare occasions we visit the South Bay just for the day, we are either staying for dinner with friends, or trying to get back across the San Mateo/Hayward bridge well before 3p. The curse of SFBA traffic, LOL!

I was referring to even the regular price. I know they are like half off at 6pm (the prepackaged ones, not the cut-to-order ones i believe). But one can cobble a bunch of sashimi together for a very reasonable price, even at lunch time.

Traffic gets significantly better if you can wait after 10… >_>

Hi all, thanks for the discussion! I agree that there wasn’t quite as much variety as I would have hoped to find in San Mateo—like, I really wanted to find a place serving a traditional Japanese breakfast (Morning Wood, a Japanese-Hawaiian spot, seemed to be the closest thing), or a tonkatsu spot, or a really good curry specialist or yoshoku restaurant, or even just a soba or udon specialist. Would love to hear about it if these places exist and just slipped underneath my radar; I know there are a handful of places elsewhere on the Peninsula. I do think the expensiveness of the area makes probably makes it harder to take a risk, though maybe the success of something like Marugame will embolden investors.

And I know there are higher-end places that I omitted just because budgetary constraints prevented me from visiting every restaurant that seemed interesting to me!

All that said, I do think spots like Sushi Sam’s, Yu-Raku, and Takahashi Market are one-of-a-kind type places in the Bay Area.

I think the problem is that, Bay Area just don’t get a lot of new immigration from Japan. So the restaurants aren’t necessarily the types that cater to Japanese, for us to get a specialist type of place that aren’t sushi, ramen or izakaya.

I agree that is likely one of the reasons, although I don’t see why Americans wouldn’t enjoy other types of Japanese food as well. I think part of the reason it’s so challenging to open up a restaurant that specializes in say Okonomiyaki is just educating the locals on what the food is and getting them to try it. It’s already risky enough opening a restaurant let alone specializing in something most Americans have never heard of. It’s much less risky to just follow the trend of Sushi/Ramen/Izakaya and be guaranteed a decent amount of business.

Usagi had a change of chef or ownership a while back and the menu changed. They no longer had the amazing demiglaze sauce for the hamburger steak.

Do you have any other recommendations for this dish? There was a place in SF that was very homestyle japanese that had a super soft (tofu added?) hamburger steak that I loved. And now that place and Usagi are gone so I am at a loss.

I guess I understand why they closed down now, the demi glace was the reason I used to go there and was the best thing on the menu by far.

If you find any other place that does a great demi glace sauce with hambagu please share, as I miss eating this as well. I’ve been able to recreate a similar dish at home but haven’t found any other Yoshoku restaurants on the Peninsula or South Bay.

I would hazard those places are all over the bay area, they’re just not focused in one spot. If there was immigration to a particular neighborhood, there would be restaurants serving and of that group, but we have lots of various japanese restaurants. Thus not focused in San Mateo.

I like Kemuri in RWC, and Guru Katsu for Katsu, in MV near the Los Altos border.