Thanks - it looks really good! What is the banana looking thing to the right? Is it a plank of eggplant maybe?

What is the banana looking thing to the right?

Oh awesome I wouldn’t have guessed! I’m sure it was very delish.

Wow, you would not have believed it! We have a package of four more in the freezer, but I’m not expecting the same quality - it’s a crapshoot for sure. I actually think the 2 steaks on Friday were from the same animal. I said a little prayer on behalf of the steer.

Came up with a bunch of ideas but didn’t feel like eating any of them.

So I put some dal and rice+quinoa in the instant pot (in stacked separators) and cauliflower to roast. Then got some inspiration and turned the cauliflower into gobi matar with a quick base of onions, ginger, garlic, and tomato paste plus frozen peas. 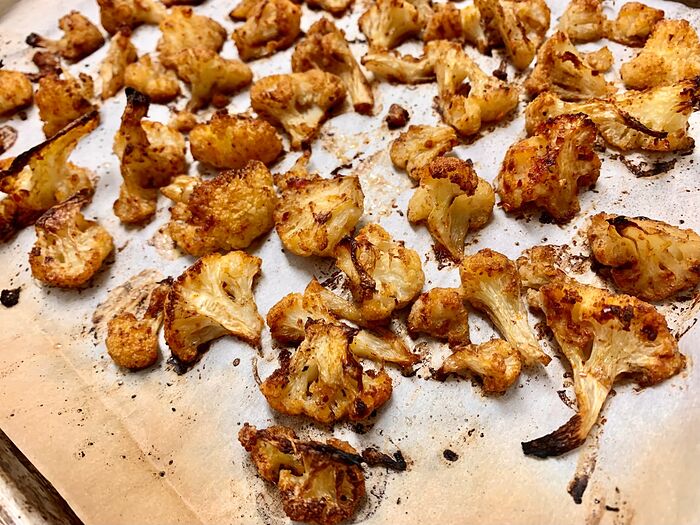 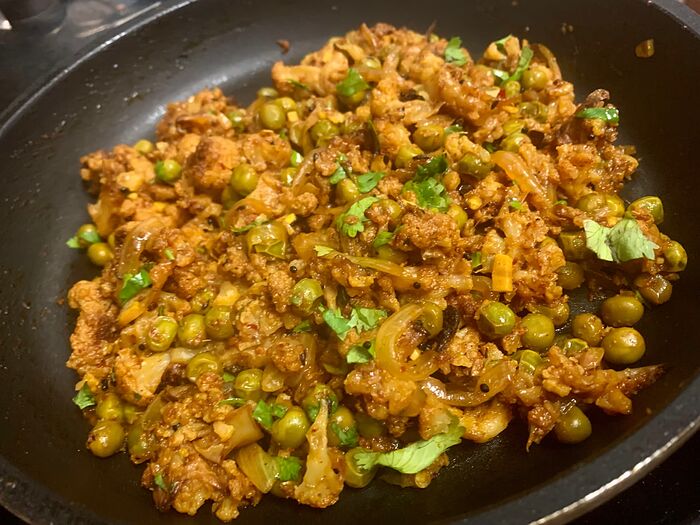 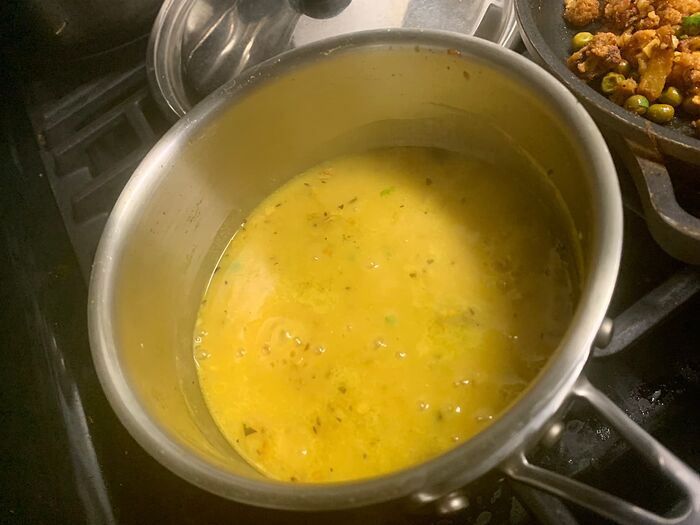 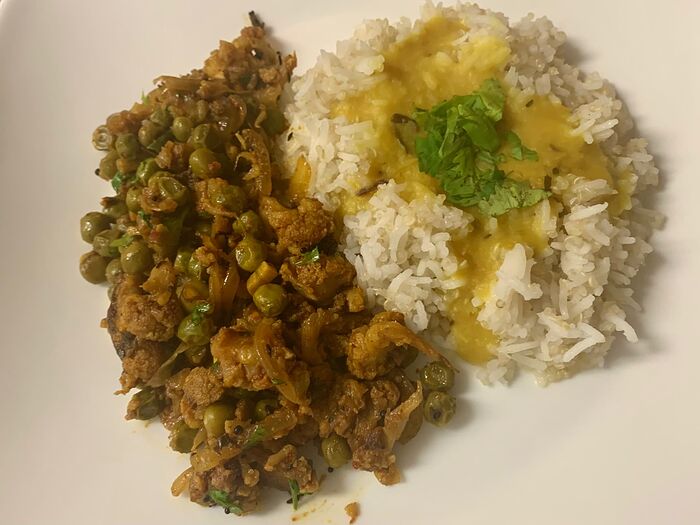 Back to the simple life . Cheers . 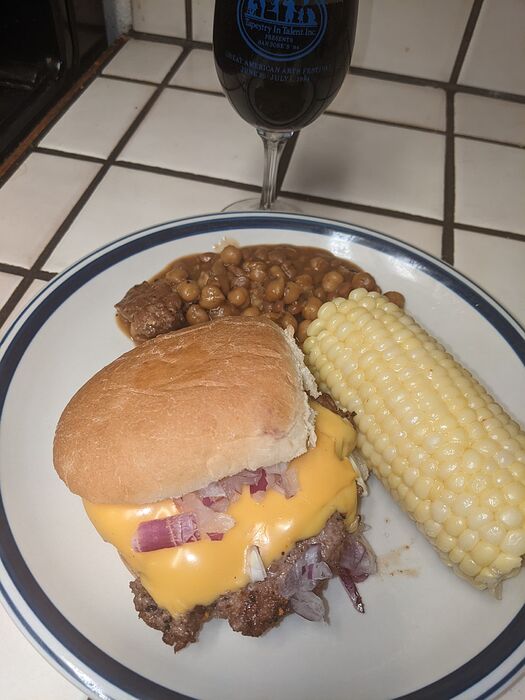 Tonight’s dinner was Sausage Meatloaf, baked potatoes and green beans. The meatloaf sauce is quite simple… ketchup, brown sugar and Worcester sauce. This sauce is another “Mom” recipe and my girlfriend loves the stuff, so it works. For some reason, my girlfriend wanted some cornbread tonight with dinner. I had a box of “Jiffy” cornbread in the pantry, so I made that up for her. 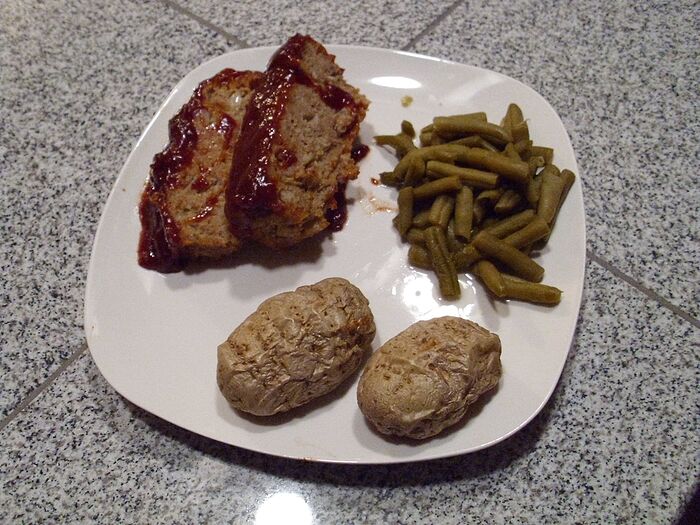 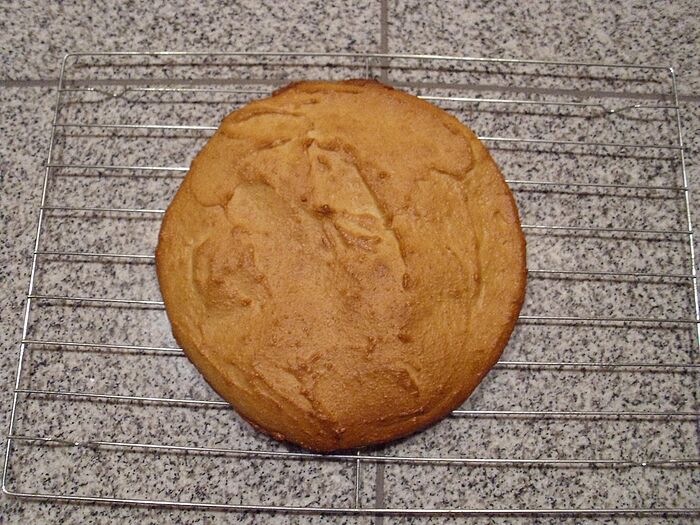 Fantastic idea for dressing the mushroom ravs. I usually go with… mushrooms or shroom sauce.

This is hella more interesting.

For some reason, my girlfriend wanted some cornbread tonight with dinner. I had a box of “Jiffy” cornbread in the pantry,

BF made Bourbon Chicken last night. Its a monthly dish for us. He did make some changes such as using primarily dark soy sauce, a potato starch coating instead of corn starch (really made it crispier), and, at my request, adding the broccoli into the dish instead of leaving on the side. I thought this made the dish better, he did not, though I agree it turned more into a generic stir fry. He also thought the sauce was too dark. 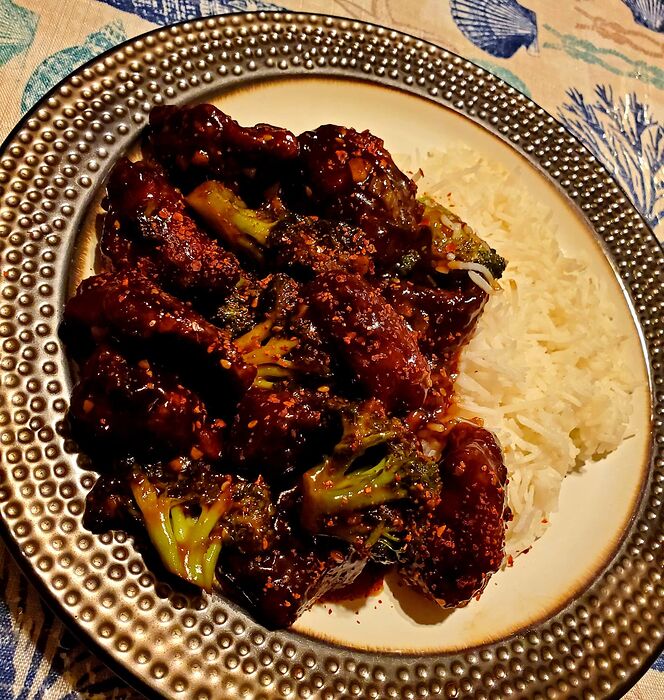 There was a Stoli rocks.

It’s funny I was thinking as I was eating it thar I’ll bet it would taste really good if served hot. And thanks for sharing the link to the article - it was interesting!

Yes… and its inexpensive, so I always keep a box or two in the pantry for those “cornbread” requests.
I do put a “buttered” parchment disk in the baking dish so it doesn’t stick. That also makes cleanup easier.

The place mat is actually an old but well loved lap tray that was given to me for Christmas one year by my sister. I asked for one at one point since I wanted one to use on the nights I want to eat in front of the tv. The bottom and left hand side of the wood frame have since come loose and broke off at one point - not while I was eating. The picture was of a bowl of fruit which has since faded. I guess I should buy a new lap tray 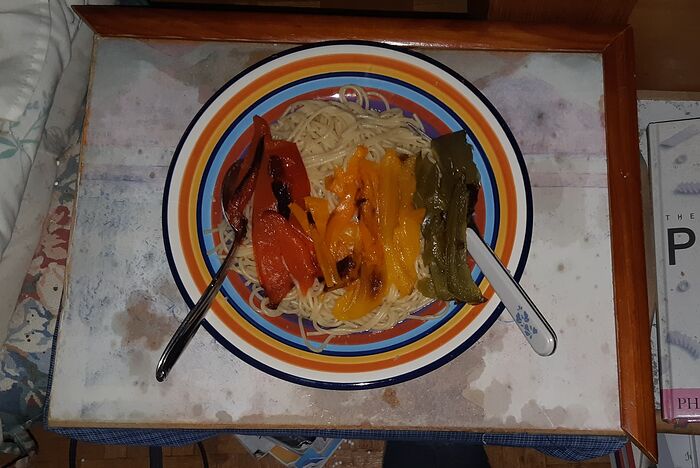 Thanks! In my last batch of groceries I made a point of getting a couple bags each of refrigerated ravioli and linguine. I thought the mushroom flavor might be more “fun” than standard cheese. The toppings were born out of what was available in the fridge and pantry, because I was feeling too lazy to defrost a two cup container of walnut pesto I’d previously made. Worked out!

I agree with this - Jiffy is a great product. We use one extra egg. Also use it as waffle batter with a touch of veg oil and a bit more milk.

We use one extra egg.

My mother adds a tablespoon of melted butter and a teaspoon of sugar to the Jiffy mix.
The egg addition sounds better and I’ll try that next time.
Thank you!!

Plenty of butter on top and in the middle when it comes out! i’ll try some more butter inside the batter can’t hurt!

Sorry in advance - no pic, not that pretty. But it was a rescue dinner! I tried the Andres gazpacho recipe that calls for pre salting and freezing first. It came out too too salty, even when I added an add’l tomato and cuke. We fought our way through one small bowl each. And then I had a lightbulb moment. I used the remainder plus a bit of water to cook rice, and the rice was bomb! I also had some gorgeous poblanos from the FM. I was planning to do @shrinkrap 's poblano casserole, but then felt bad about using 6 of those beauties in something H wouldn’t eat. So instead, I did a sort of Mex shepherd’s pie? Bottom layer was seasoned and cooked gr beef, mixed with a can of refried beans and some dregs of salsa jars in the fridge. On top was the gazpacho rice into which I stirred 6 chopped roasted poblanos. Then a good layer of mozz. In the oven for 30 at 350, then broiled the mozz at the end. I quite liked it. I think the others did too. A big dish for 3. I’m grabbing some tortillas next time I shop and we are going to roll the leftovers into burritos. They are an excellent thing to store in the freezer for school lunches!