my youngest stepbrother who’s in from England

Are you planning a return visit? I owe you a dinner.

Another work night here & plans for a late night showing of the Krampus movie – probably our last chance to catch it.

And so, I already started prepping dinner, which will be cauliflower soup. Sautéed some onion, tossed in the chopped cauli, added dried rosemary & smoked paprika. It’s all simmering in BTB and will be blended later on. Probably some light cream added, and (if I have the time), topped with crispy pancetta & pan-fried baby bellas.

my youngest stepbrother who’s in from England

Are you planning a return visit? I owe you a dinner.

I need a vacation. A REAL vacation. And my Amex Membership Reward points are gathering dust in my account. So yes, I’m hoping to get over there this year! Stepbrother has won a part in Jersey Boys (one of the main gangsters, I believe) to start rehearsals on the West End in the Spring. He’s been touring in Scotland and Wales, I believe, doing the same part, so glad he can stay home and play a character he knows well. I’d love to see him in the show, as I’m a Jersey Girl myself.

Such a miserable day weatherwise and it was a dumb idea to go to the pub, at first. After a good time at the pub I came home to steamed mussels with celery and white wine.

Do we know anyone called Bob

WFD: ~ Spicy Lamburger on Garlic Naan. The burger recipe in 101 Easy Asian from Fresh Peach: Cumin, crushed Sichuan peppercorns, RPF, salt are mixed into the mince then fried in peanut oil. We love these on the rare side.

This meat, these greens, and the little salad go together very well, I find.

After hearing glowing reviews by such a trusted person (and work unblocked me, ha!) - I decided to wade into the unknown.

I’m poaching cod in a garlicky-white winey tomato sauce and serving it over steamed basmati. Might toss in a few peas for something green.

I’m hoping to get over there this year!

Give me lots of notice of the trip - if I can get down to London, it’d be good to meet up again.

Home again tonight so I could cook, quick stop at the grocery store showed they had some Dover sole! Couldn’t resist it, simply baked little with butter, water, salt, pepper and paprika. Easy peasy! Some grilled asparagus and broccoli as a side. 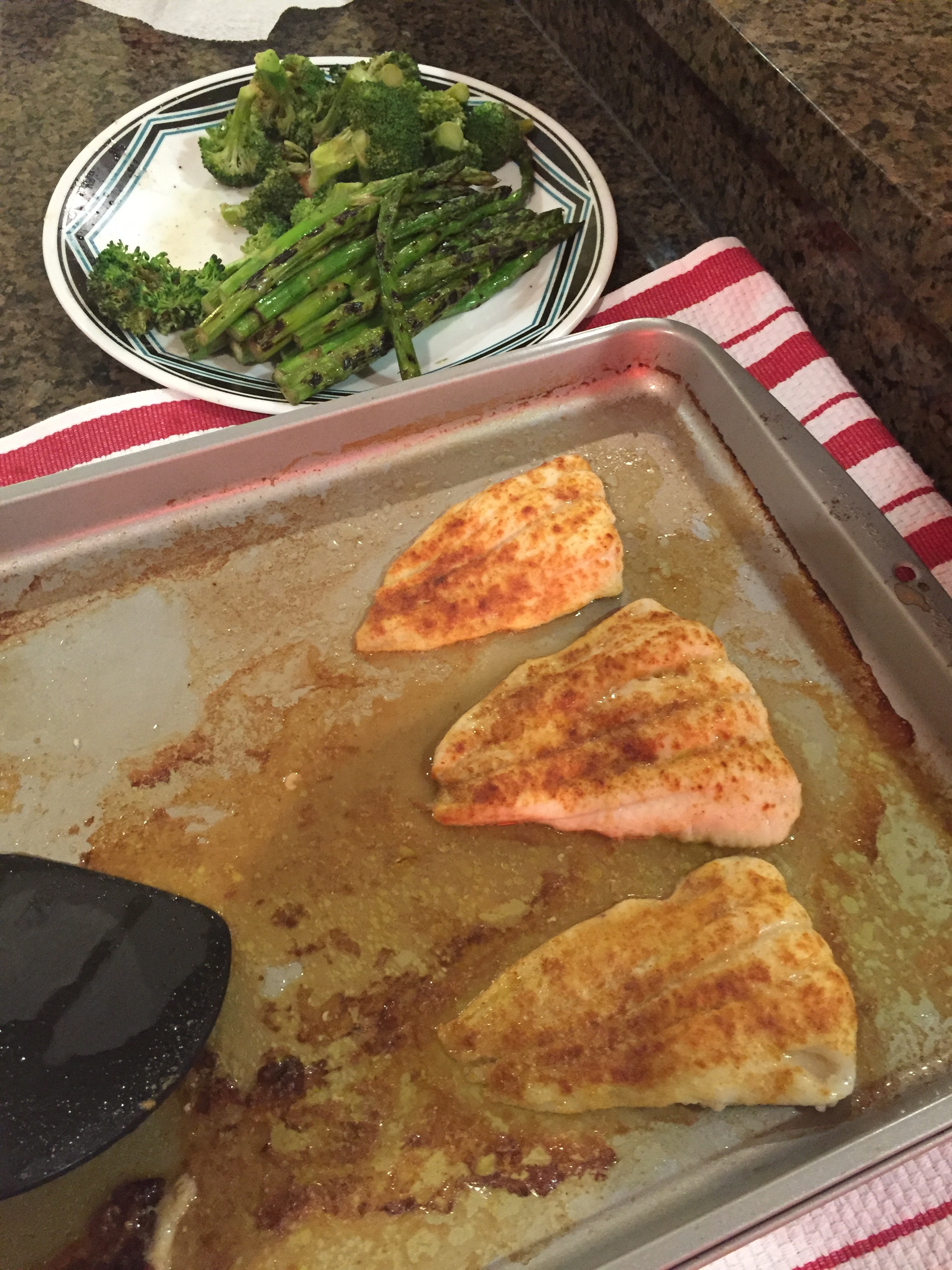 Curious, why with water?

Honestly that’s just the way I was taught back in my line cooking days. Water goes on the hot plate (or this case baking sheet), butter, salt, pepper and paprika goes directly on the fish, into the boiler!

DH is at rehearsal so it was just me tonight - I opted for quick and made a scramble with peppers, shallots, a little summer sausage and eggs. Thinking I might prep some Lucky Peach cumin lamb for tomorrow!

Baked chicken breasts with BBQ seasoning, mac and cheese, and brocolli rabe with romesco sauce. Very good, warm dinner, and not one thing was made by me…all assembled from my stop at Gelsons. This first week of 2016 has been crazy busy. Hopefully this weekend I can get back to the kitchen.

Is DOTM a big thing at Chowhound? I am just wondering if anyone is interested in doing that here.

Last night was roasted broccoli and cheddar soup with BLTs with delicious North Country Smokehouse applewood-smoked bacon and passable winter tomatoes. Very tasty meal, as simple as it was. The soup was not a very appetizing color, but delicious with bits of veggies and a tangy Cabot Seriously Sharp cheddar pumping the flavor.

I’m not actually replying to bear, but I can’t figure out how to just respond to the original post. Hmmm.

My daughter brought home a couple bowls of clam chowder and an order of calamari from Legal’s, so that is what is for lunch today.

Gio’s lamb-burger dinner sounds so good to me, I might try to recreate it for dinner for us tonight, but I’ll probably make pita bread instead of the naan.

Hit the reply button at the bottom of the page (or the one in the original post).

Doh! I swear it wasn’t there before!