Love me som crab cakes, but to me there are two distinct kinds of crab cakes, good vs. bad. To me it’s on of those things there’s really no in between they are good or they suck. Those look good enjoy!

My oven died last night 15 mins after putting a whole chicken with potatoes, onions and carrots in it. Fired up the gas grill and cooked it on that. Wasn’t as good as it was going to be, but it worked.

Then woke up this morning with creeping crud. The oven situation can wait til Monday.

Called the DH a few mins ago and asked him to pick me up some hot and sour soup and shrimp toast on his way home.

So, WFD is soup and sandwich.

Dessert was better than dinner tonight. The cheeseburger didn’t break any new ground, but was satisfying all the same. There was a quite stale heel of Irish Soda Bread on the counter, so a bread pudding was baking during dinner time.

I had slight misgivings about the caraway seeds clashing (yes, there were raisins, too) but carried on. I set my smallest casserole (12 oz.) into a water bath. The basic custard mixture was flavored with cinnamon, nutmeg, and a tiny pinch of salt.

Ate a portion and set the rest in the fridge for tomorrow.

Oh, thanks for the encouragement, willowen. My son has been vegetarian since he was a young teen, and in his teens was pretty adamant about not eating anything potentially contaminated by meat. He has softened considerably and will now occasionally eat miso soup and doesn’t mind if I use a little bit of Lea & Perrins in the mac and cheese, so he probably wouldn’t object to a bit of anchovy in a dish. Gotta love conviction, though!

Good luck with your oven.

And like Maureen, dessert is better than the meal.

My dinner was a simple udon with tuna and some vegetable since we had sweet overdosed. Ate a big portion of Pierre Herme’s Galette des Rois in the early evening, sublime, the puff pastry was perfect.
More on the dessert here: Taste spotting in Paris! French dessert and pastry

bear, I’m pretty sure it had a lot to do with all the Asian cooking I’ve been doing since she went veggie … and the fact that I was being blissfully unthinking about all the little fishies that got their juices turned into Red Boat! And then as I was getting the anchovy paste out to add to some braised broccolini I thought, “Ooopsie!” and went in to ask about that … and she answered with that pronouncement. And aside from anchovy-derived products she loves them on pizza …

And aside from anchovy-derived products she loves them on pizza …

Wow, she’s a real keeper if she loves anchovies on pizza! Most of the hard-core carnivores I know are anchovy-phobic. My son has thought seriously about the consciousness and self-awareness of the tiny sea life like anchovies and isn’t too opposed to having some slip into his meal in a small way, but is still pretty much a purist otherwise. He’s open to dairy and eggs, though.

After a heavy meal of a duck ragu with buccatini last night [All about Braising] we went much lighter tonight. Lovely leeks at the farm, so leek and potato soup it was! It was a cold, cold day here and I walked all over playing tour guide to a visiting cousin. This was the perfect end to the day. As Mr. SMT said, it is like eating a water bottle to have soup on a night like tonight. 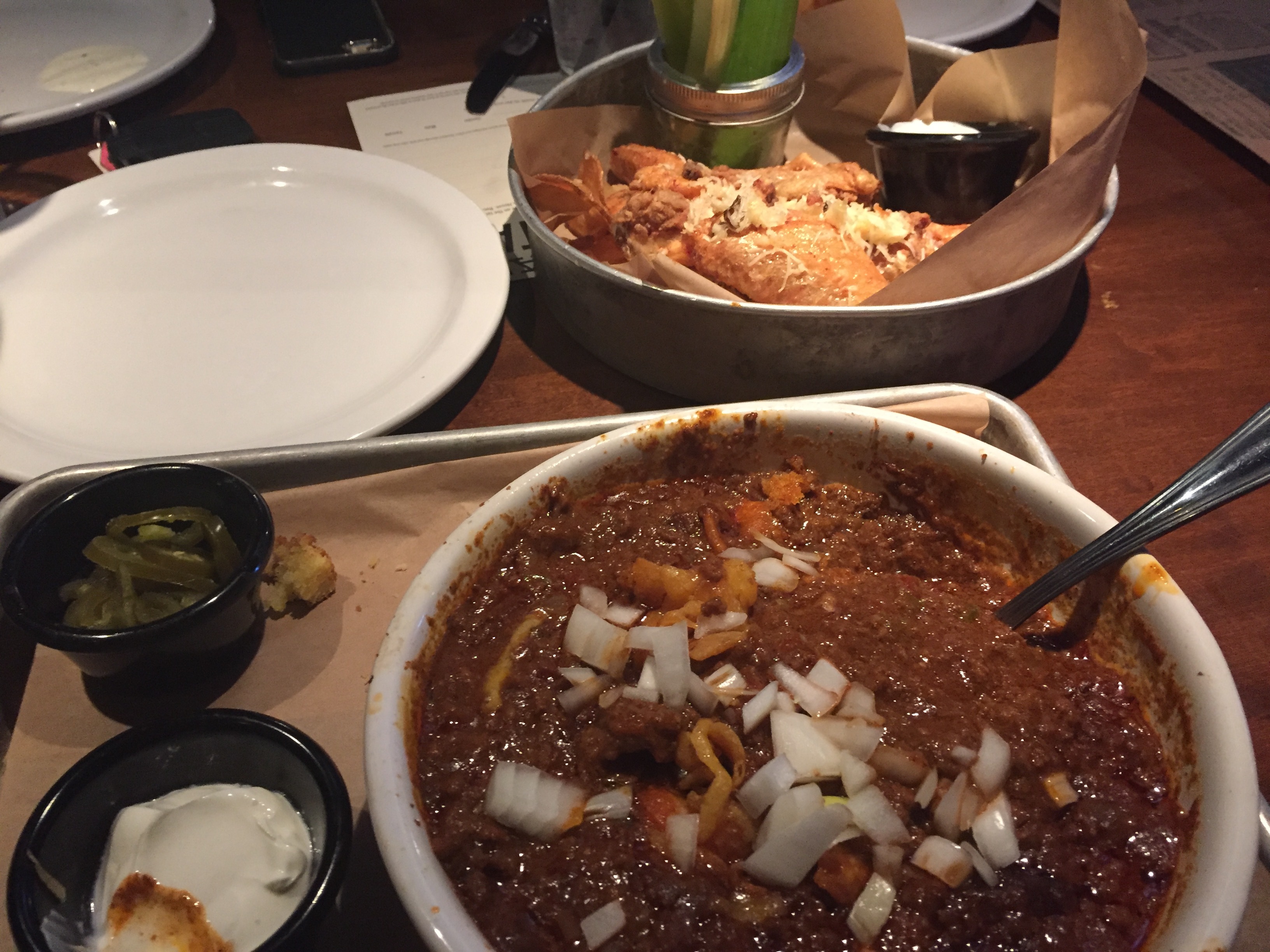 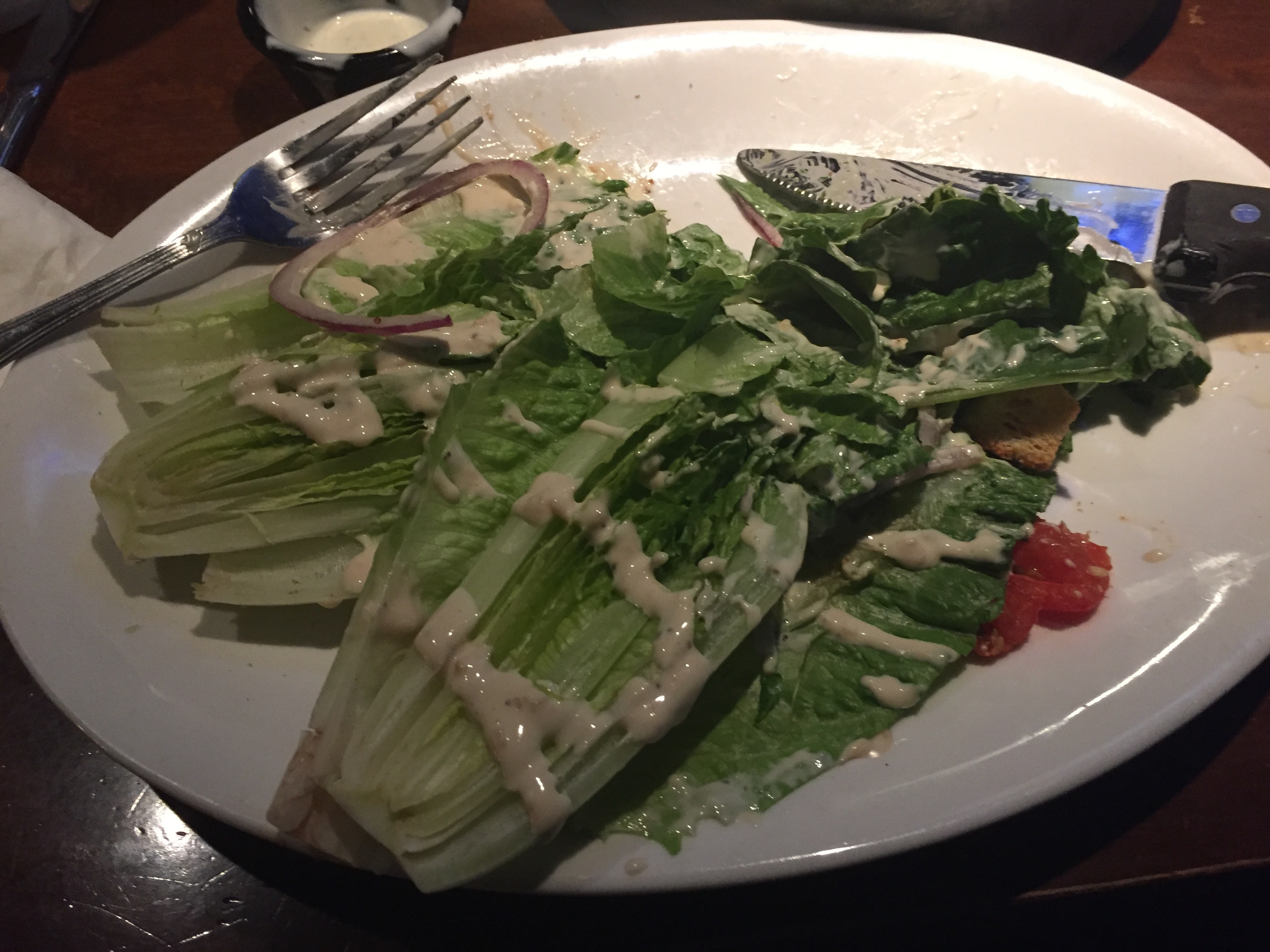 Pork tenderloin cutlets in a quick Asian marinade (shaoxing wine, sambal oelek, soy, peanut oil) and red cabbage sauteed in coconut oil with coriander and ginger. Squirt of sriracha over all to finish. Simple and good!

Then woke up this morning with creeping crud.

UGH. A weekend with the crud. Hope it clears up very soon!

Last night, there was lots of family, love, laughter, and great food and drink tonight. A perfect way to end a very busy week.

Dinner in Ipswich at my stepbrother’s home with three of my four stepbrothers and two of their spouses (youngest stepbrother’s wife and son FaceTimed with us as they’re in England), stepsister, Mom, sister and BIL, and several adult stepnieces and nephew.

Chicken, mashed potatoes (with LOTS of butter and sour cream!), roasted broccoli and cauliflower, carrots, and spinach salad with balsamic vinaigrette. The wine was flowing, the voices were loud and boisterous, the jokes were zinging around the table, stories were told, and everyone’s faces hurt from smiling and laughing so much. Irish families are really so sedate, aren’t they?

Time to renew my passport…

weekend with the crud.

Yes, those of us in Florida dread the holiday season – not only because of the sheer headcount of tourists coming to share our nice weather, but because every plane that lands in Florida unloads hundreds of people hacking and sneezing their way across the state.

I’ve been seriously lucky (so far!) Fingers crossed that it stays that way!

We had the Lucky Peach Lamburgers. We really liked them. They were delicious. I made pita bread – not my best version as I didn’t have whole wheat flour. Turns out pita bread is not great without at least half of the flour being whole wheat. And, continuing to copy Gio, our accompanying salad was dressed with oil and malt vinegar. I confess I’ve only ever used malt vinegar on French fries!

I’ve only ever used malt vinegar on French fries!

Perhaps oddly, I never put vinegar on American style fries but always do on British chips.