I hated eggs as a child. Once I tried different preparations served elsewhere I came to love them. My family cooked them more than I like - the eggs became tough and dried. I forgot about this until I made eggs for my father on my last visit. He thought my soft scrambled eggs were vile! Different strokes…

I’m sure I’ve shared this before, and my MIL denies it, but husband says he was told the crispy edges on his fried eggs were bacon!

Pork is king in NC! This place will prove it!

Nahunta Pork Center has a variety of delicious pork in the state of NC. We carry all cuts including whole pig, country cured, pork sausage & bacon! Stop in today!

I like the cut of their jib! Trying to decide between retiring in the Triangle vs ATL and the pork is getting lots of votes.

For us it’s cultural. There was no concept of anything other than well done in India until recently - probably for health reasons.

We eat a lot of seafood, though (coasts and rivers), so it’s just whats “normal” where one is, I guess.

Someone had linked this video on CH a couple of years ago, incredulous at how long the fish is cooked, and how much chilli is used. Different strokes.

That was an interesting video! It seemed very deliberate. Was the water they were washing with drinkable? I was cringing at the thought of using that much water to wash a fish here in California.

The in laws are from Jamaica, so I’m thinking lots of overlap. My mom’s family is largely from Trinidad, and lots of overlap there too, but she was born in Brooklyn. One or two generations makes a difference.

NC all the way.

That looks delicious - I will have to give it a try. I adore larb, and crispy garlic makes everything better!

Upcoming - Cumberland sausages. These are a farmers market purchase made from organic rare breed piggies. As is traditional with Cumberland sausages, the sausages are coiled, rather than in individual links (to be completely traditional, they would have been sold by length, rather than weight). That said, these are not “Traditional Cumberland Sausages”, which is a legal definition under the European Union Protected Georgraphical Indication and requires that they be made in the county of Cumbria (whereas these were made in Lancashire). 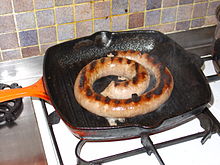 Cumberland sausage is a form of sausage that originated in the ancient county of Cumberland, England, now part of Cumbria. They are traditionally very long, up to 21 inches (50 cm), and sold rolled in a flat, circular coil, but within western Cumbria, they are more often served in long, curved lengths.[citation needed] The meat is pork, and seasonings are prepared from a variety of spices and herbs, though the flavour palate is commonly dominated by pepper, both black and white, in contrast to ...

We’re having them with lentils - a pre-cooked pouch of Puy ones that just need warming through. In fact, we’ll fry off a little onion, carrot and celery before putting the lentils in, with a splash or two of veggie stock. Just before serving, I’ve half a bag of spinach left over from the other day that’'ll go in just to wilt down a bit.

Stir Fry to kick off July.

Cubed pork chops and other leftovers… 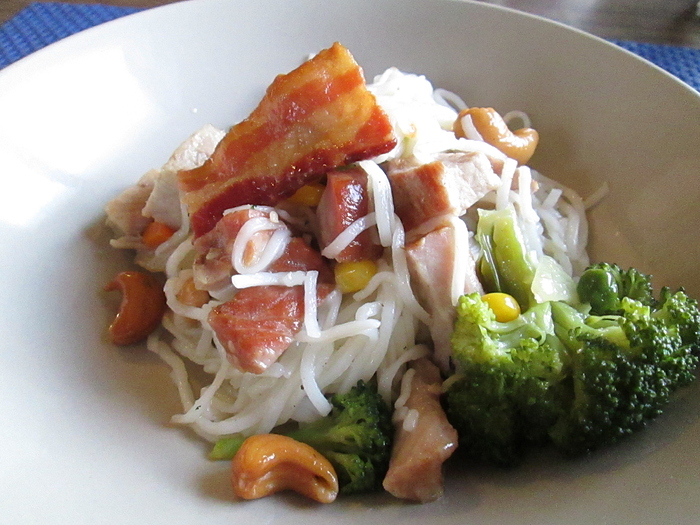 First really decent tomatoes of the season. We stopped at a farm and bought a flat of supposed “over-ripes” which are exactly what you want for sauce and out-of-hand enjoyment. 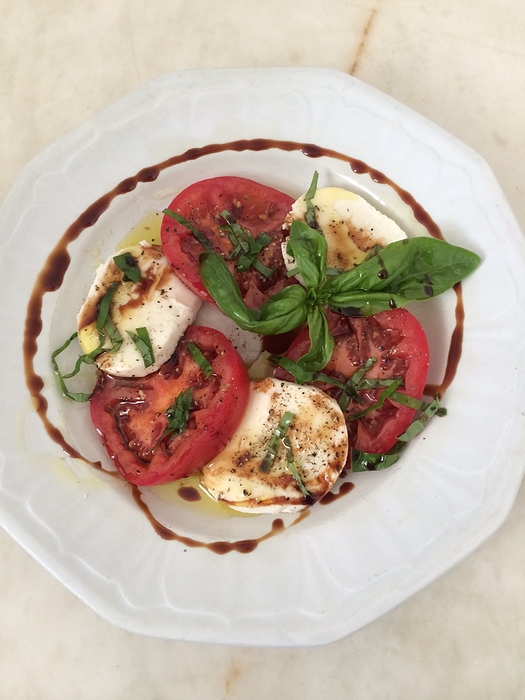 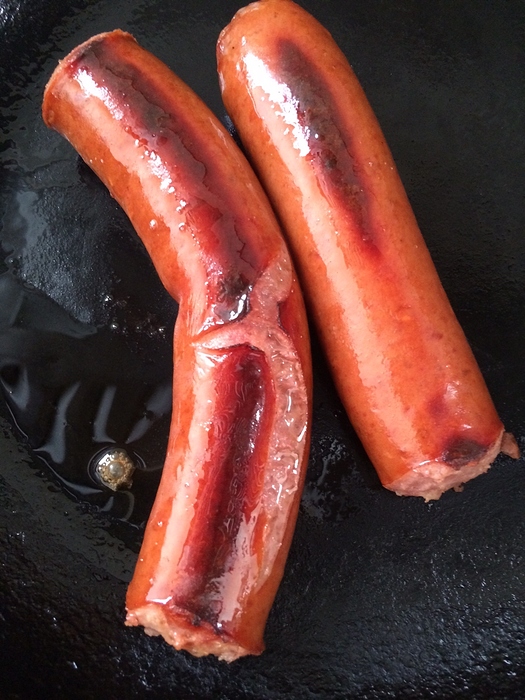 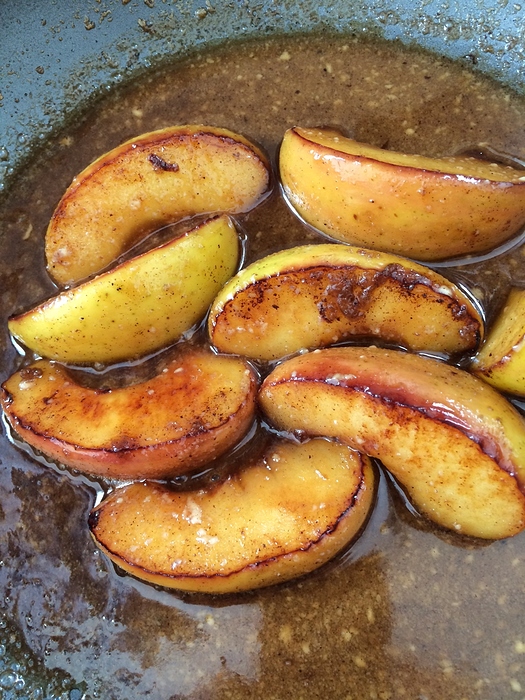 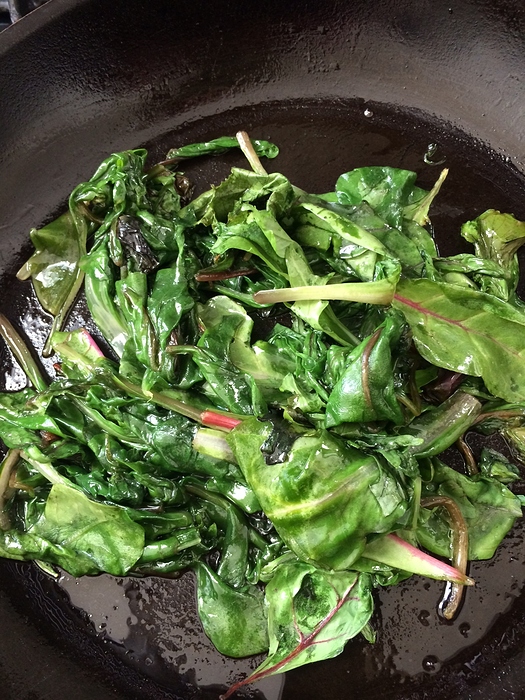 Kinch is proud of you!

Perfect caramelization on those apples!

Thanks. An easy accompaniment to porky things.

His favorite elbow pasta with PSTOB, and i even managed to reheat some chicken he wanted (honestly couldn’t tell you the last time i did that-thankfully it was already cooked, don’t think i could being myself to cook chicken) 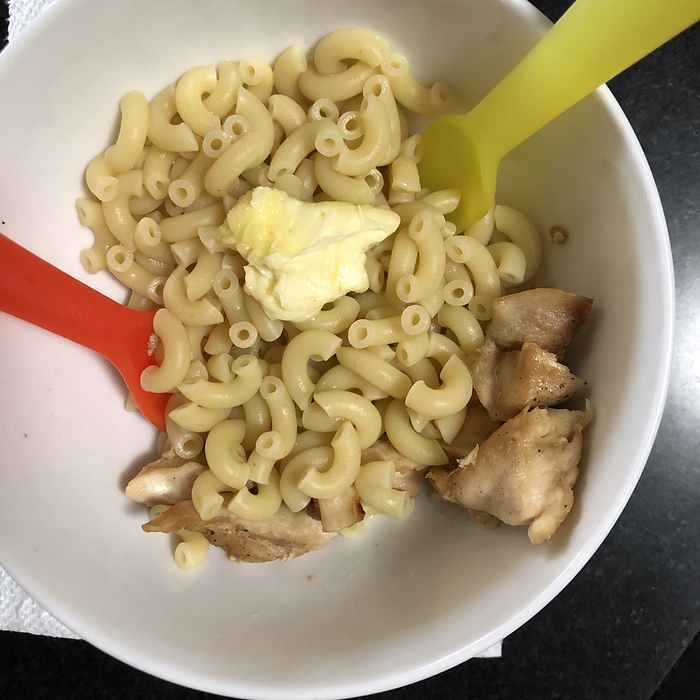 I brought some watermelon because he loves that 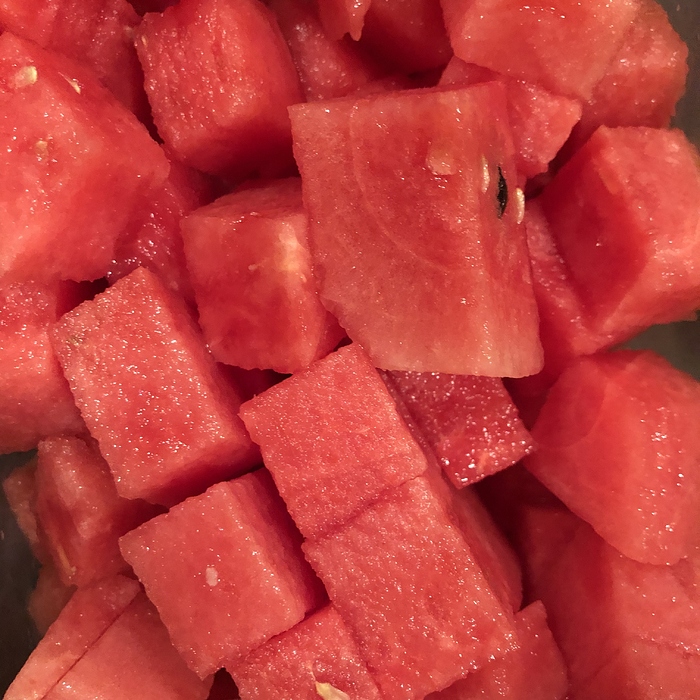 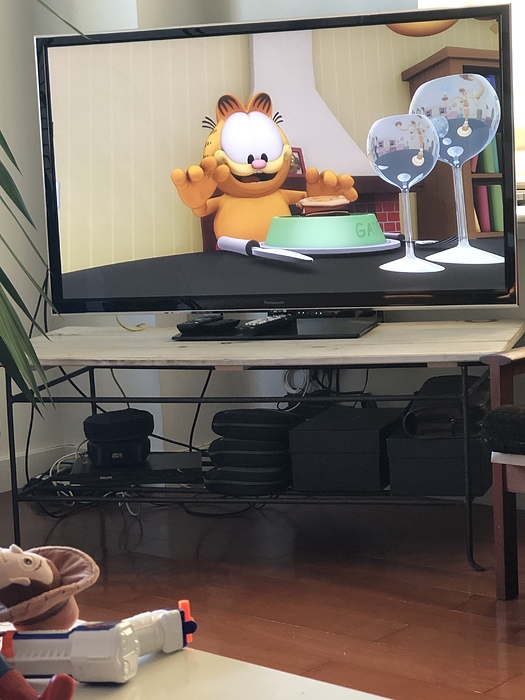 Found my favorite vegan dumplings on sale, i think the name “super lunch” is funny 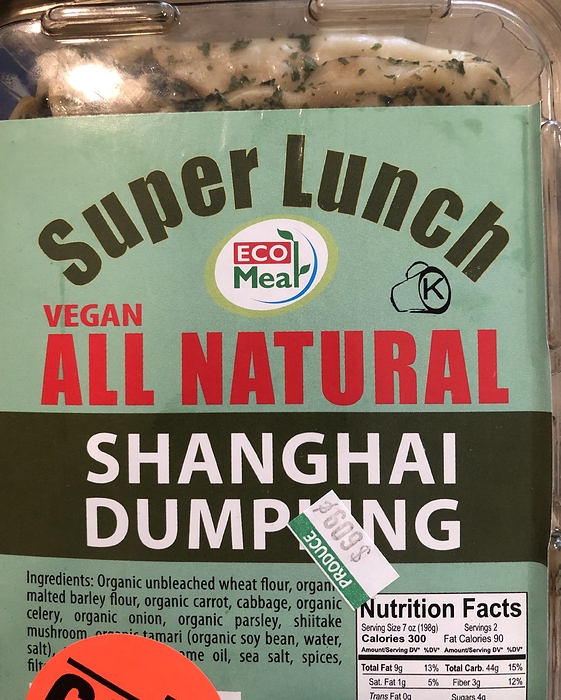 Added some random peas for a bit of green, soy sauce, sesame seeds and sesame oil 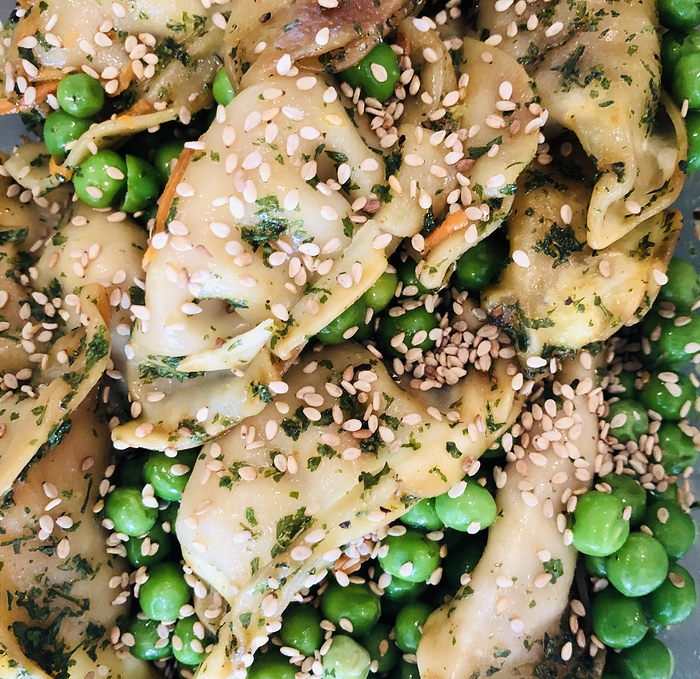 Do you recall the difference between 48 vs 72 hours? I did the 72 hours several years ago and was pleased. If there isn’t a big difference in texture I’d just a soon go with 48 hours. My kitchen is modest enough that I do have to plan ahead when loosing a chunk of counter space for more than a day!

Saregama, thanks so much for that fabulous video! What a tutorial, and what a feast! Want!

Mrs. P made a spicy blackened tilapia salad with a Cajun dry rub 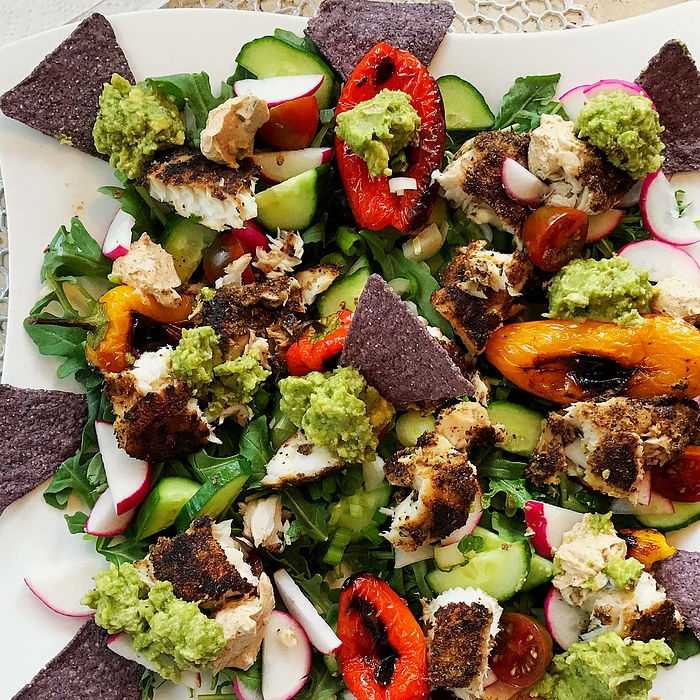 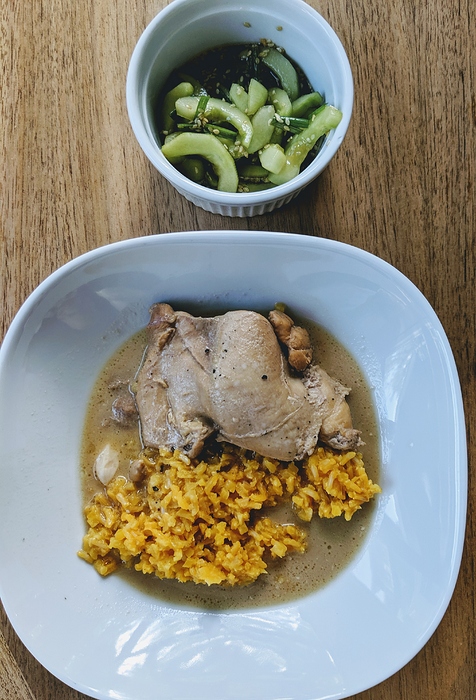