I like the Simplicity of the tacos. For me I just make them simple like you. Some grilled meat or done in the pan on the stove top with some spices . Garnished with chopped white onion and cilantro. That’s it. 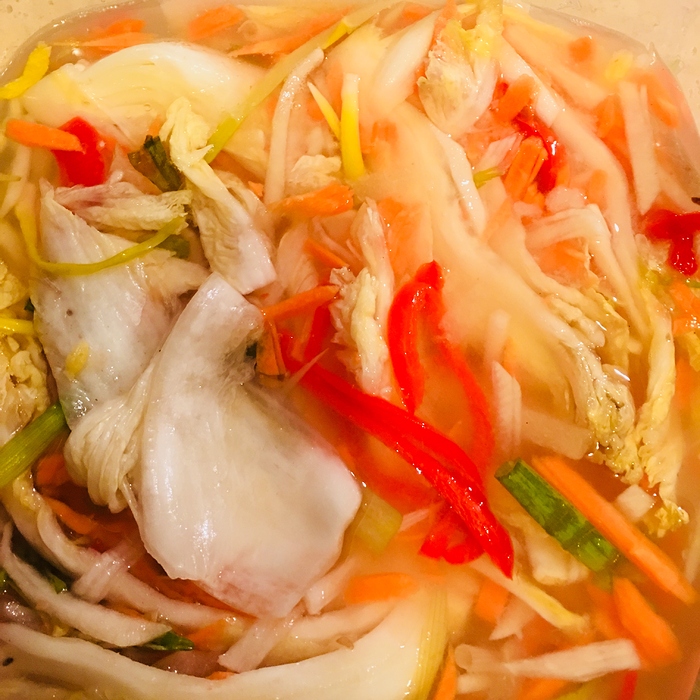 I had a good sized side dish of the kimchi and brine, then made a big bowl of mild miso soup with lots of soft tofu, seawed, scallions, and a big handful of spinach.
I’ll have my big fuji apple with a good gob of nut butter for dessert soon since it was a light meal

Put in another 5 hours gardening - this time with no breaks! Feels good to be getting into better shape.
Dinner tonight was a “Cobb” -ish salad from Sprouts that I added avocado, scallions, cucumber and radish to. It was actually pretty good for a grocery prepared salad. One of the first I’ve had that isn’t loaded with more “ribs” than leaf of the lettuce. Cheese and crackers (Coastal cheddar from Costco) will be a snack in a bit.

Earlier in the week made chicken piccata with pasta and grilled asparagus. Found a small rump roast (2.25 lbs) which was served with roasted potatoes, onion and carrots. Side of grilled tomatoes and grilled asparagus. Asparagus has been lovely and priced quite low so it’s been on the menu everyday in one way or another. The roast beef has made for nice lunches - hash with the leftover veg and eggs and sandwiches with horseradish, lettuce and tomatoes.

I’m finding that cooking a full meal 2-3 times a week with planned leftovers is working best for my current energy level and desire to get cranking on household projects that have been neglected the last few years. Cooking mojo not back but it seems to be getting closer!

You’re just in a slump. You’ll have your mojo back and looks like you’re off to a good start

I like the ribs of the lettuce better than the leaves. My cooking Mojo is not back either but getting closer.

What are you growing in your garden?

Kimchi fried rice using a recipe from Deuki Hong’s Koreatown: A Cookbook thanks to this thread: Deals in e-cookbooks (new additions every other day) 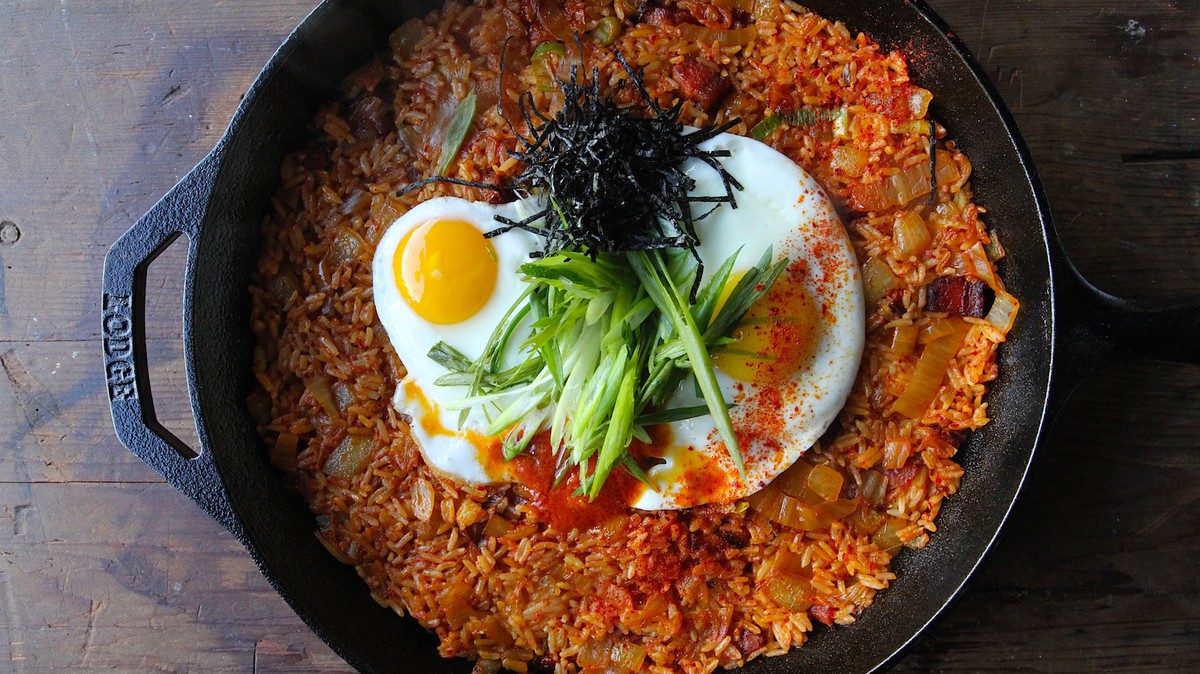 Not sure what to do with all that leftover rice? We've got your answer right here. 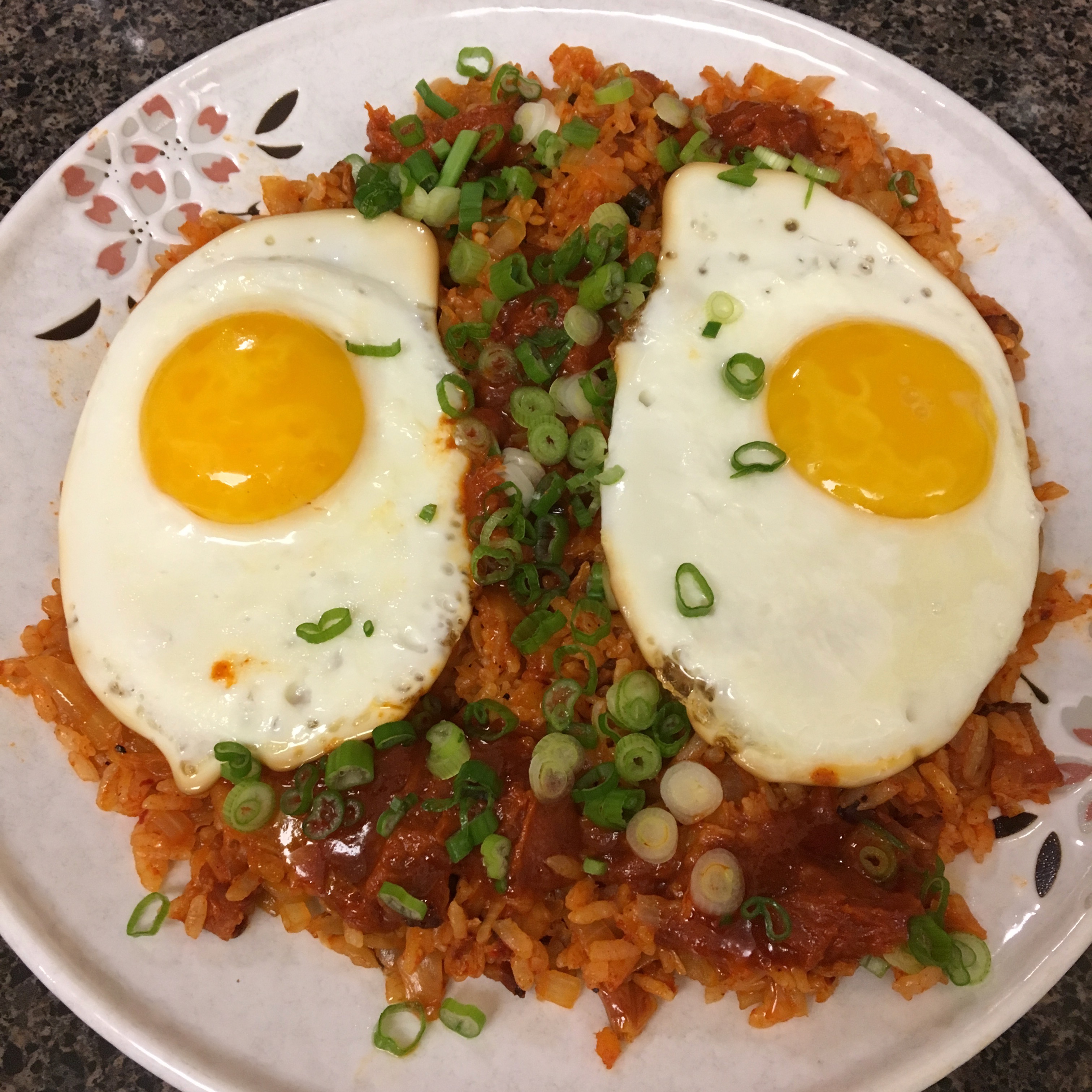 So the other day we were talking about next Thanksgiving almost 7 months away, and what would be the family plans…well two day later I had a yen for turkey!!! Since we forgo the other parts (Breast, thighs) to our guests, we have the wings and the legs!!! As much , I went to the local market and purchased a package of turkey wings and two legs… .with about 2 1/2 pounds of legs and a 1 1/2 pounds of wings…we marinated and roasted in the usual manner…We were in heaven munching on the parts…
A minor note, we had mashed potatoes and some broccoli left over, along with one of the “piernas grande”…(big legs)…not to fret…carved off the leg meat and made some Sheppard Pie with
Turkey, broccoli, mashed, a can of turkey gravy, some turkey drippings and a smattering of cheddar baked off at 350 degrees for 30 minutes… 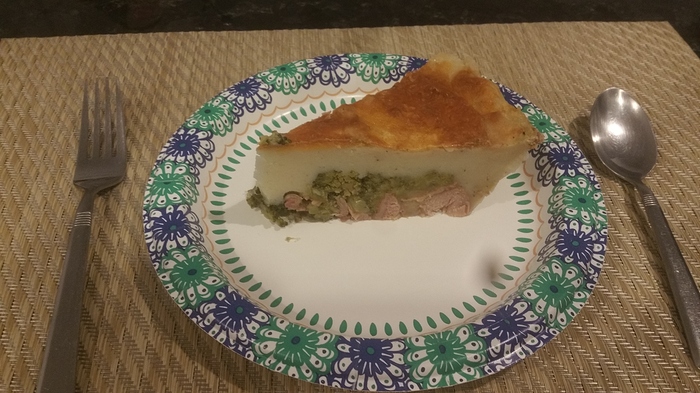 ribs of the lettuce

I like them but they seem to turn brown quickly in a grab-n-go salad. I’m convinced they use extra to increase the weight cheaply.

Now that you have everything moved you can start exploring new markets and hopefully the mojo will find it’s way home!

I’m in a townhouse with a relatively small plot that was brambles and rock when I moved in. AT&T laid new cable last summer and in the process removed massive amounts of bramble. So I’m trying to terrace, fill with soil, cover with weed cloth and mulch the areas I can now access before the wild takes over.

I seem to be the only resident who has attempted growing vegetables. Unfortunately word got out to the squirrel population and they went wild. After 5 years of effort I’ve given up. I can safely grow herbs, tubers and greens.

Only edibles planted so far this year are julep mint, parsley and nasturtiums. Hoping to prep space for passion fruit once I’ve re-stained the deck. Even if the varmints eat the fruit the vegetation makes a nice dye. Divided about 100 Asiatic lilies, dozens of day lilies. Most new planting are things for dye and eco-printing.

The cat next door seems to have encouraged the squirrels to nest further afield. So I’ll probably succumb to a few tomatoes, peppers and perhaps okra. My flavored sugars are about used up so will look for scented geraniums at the herb festival.

Got to hang out with my favorite four year old last night! There was a last minute baby sitter crisis and i got to make lego houses and discuss the fine points of the lemmings behavior in “norm of the north”- which is way more amusing that I anticipated.
He helped cutting up our avocado for dinner, i went with a matching bowl to his. And yes, favorite monkey is always within arms reach 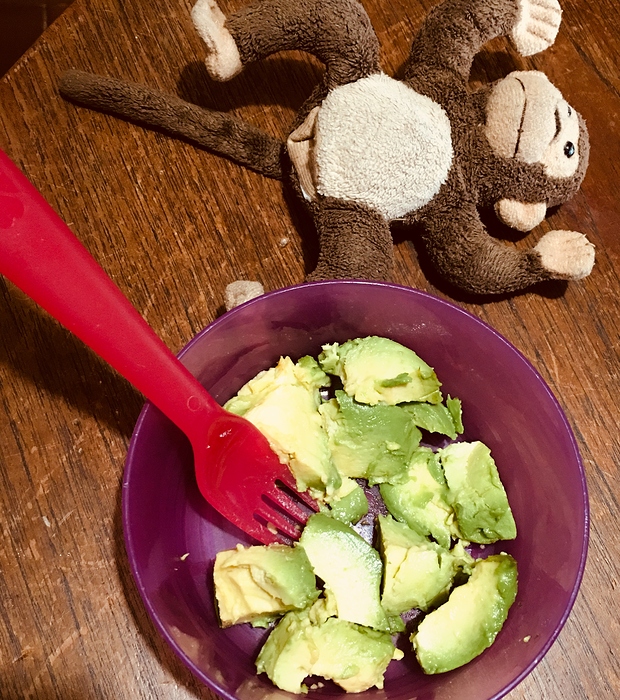 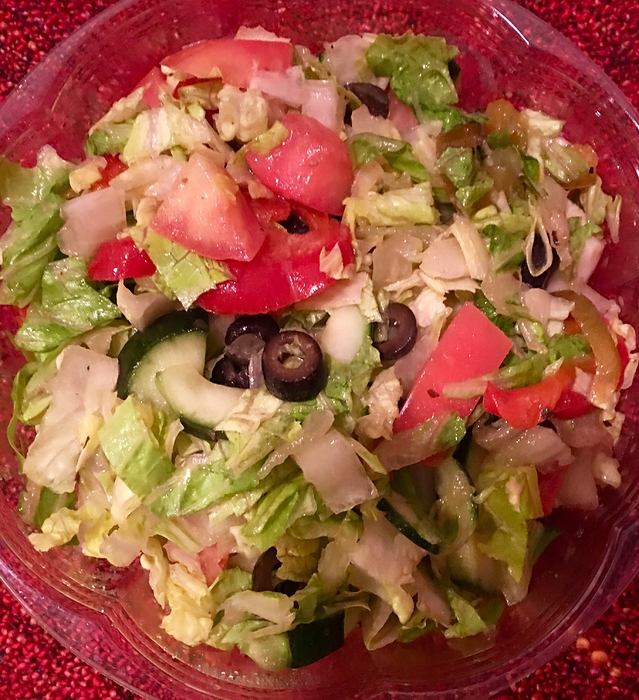 Got here today. Waiting for the bus to the centre. 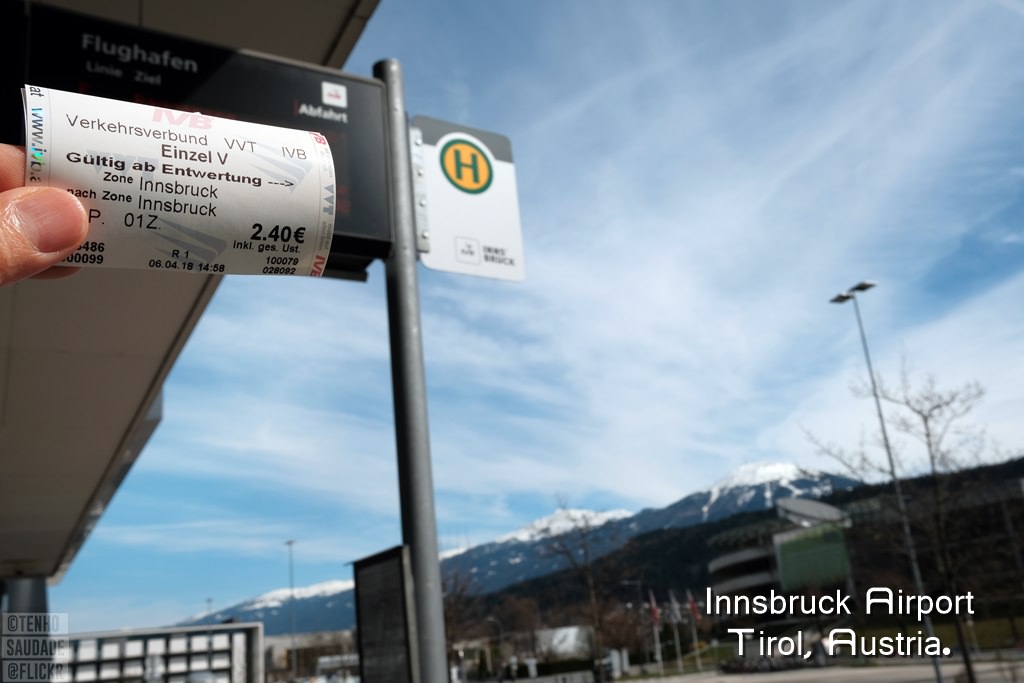 Got off at central railway station to catch another bus to the village where I’m staying (about 12km from Innsbruck). This is a Speck shop at the station. 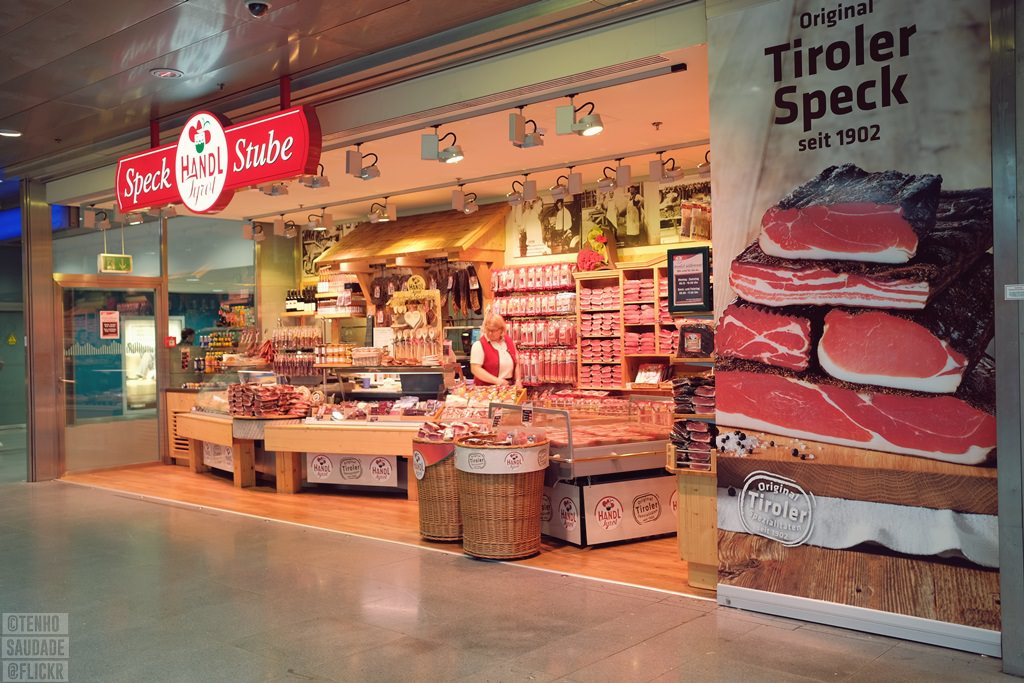 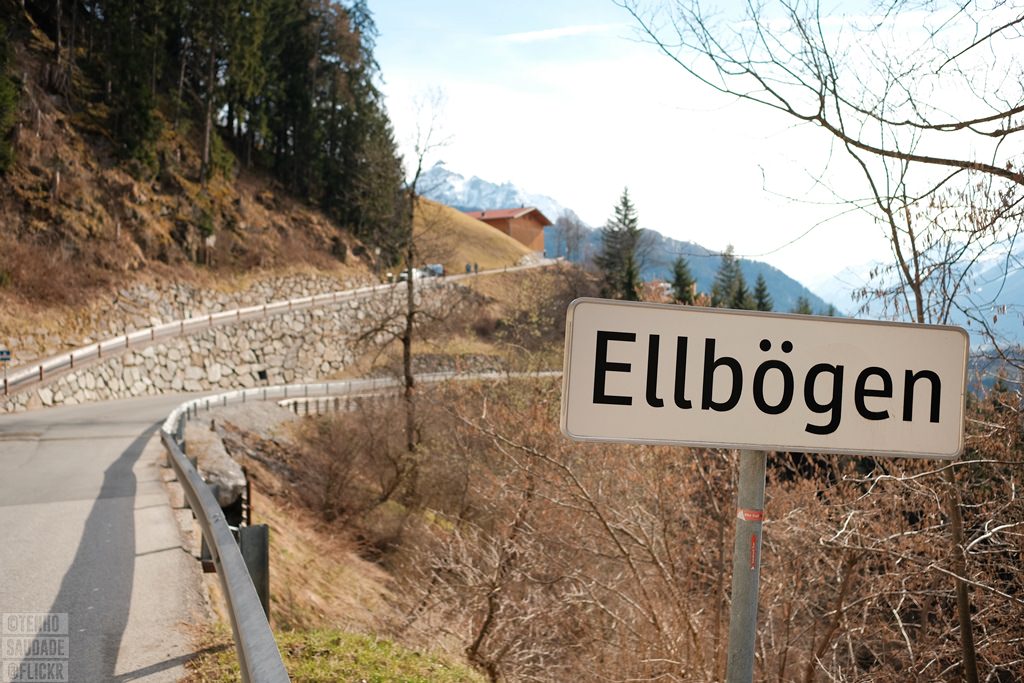 This is the view from my balcony without the power lines. 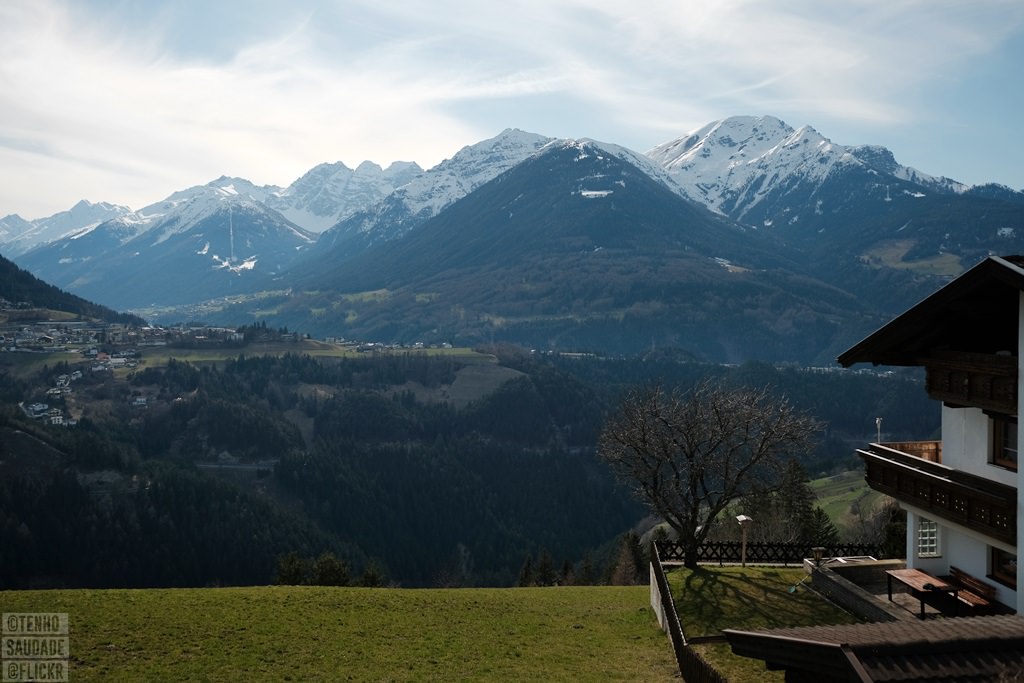 Got 2 6-packs of beer straight away as supermarkets are closed at noon on saturday and closed all day on sunday. 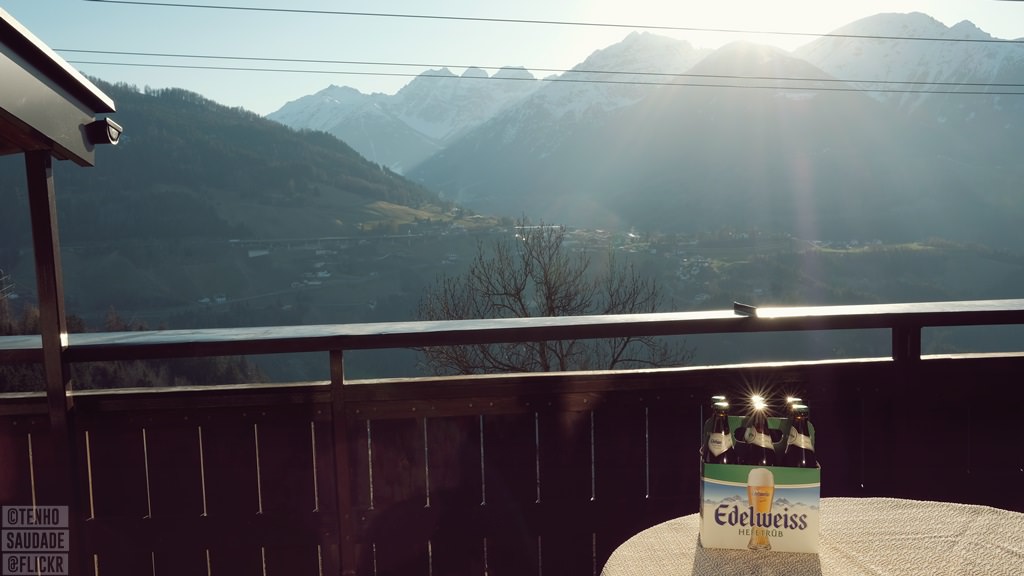 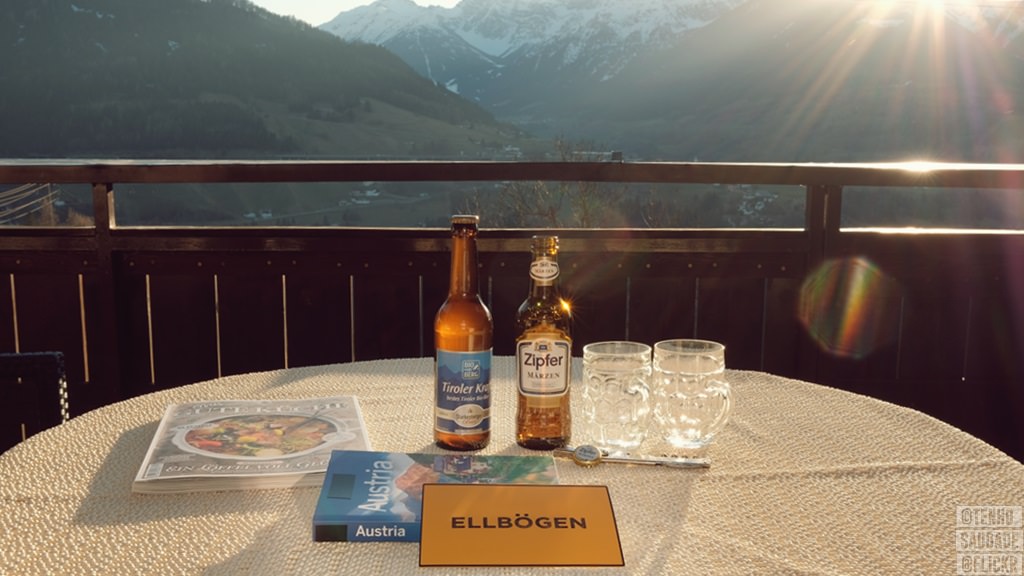 Walked 1km downhill to a tiny supermarket to pick up a few items. The supermarket is literally in a former house so it’s extremely small and the selection is more like a convenience or corner shop. One thing you can always rely on here in Tirol is Speck, something the entire region is tremendously proud of and eat a lot of.

This is all for my first night. The wine is very decent. There’s daikon in the mix. I like that. We don’t have daikon in any frozen vegs at home. 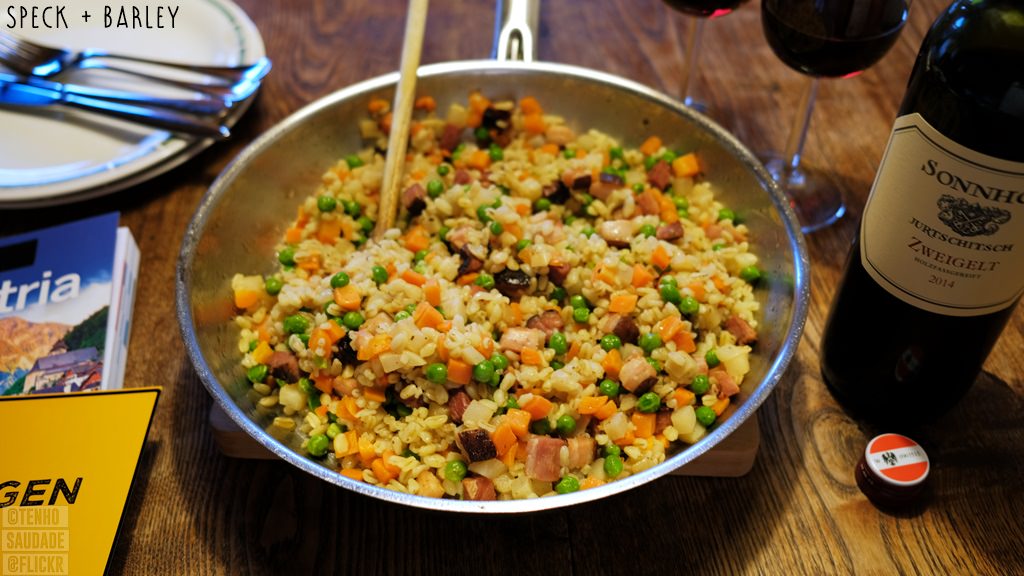 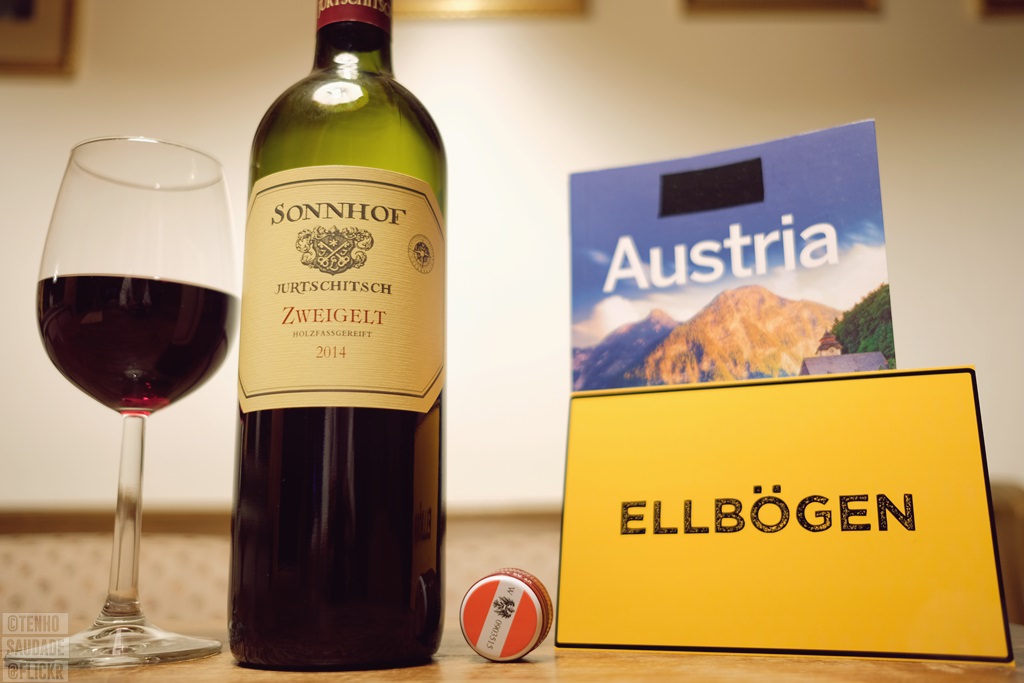 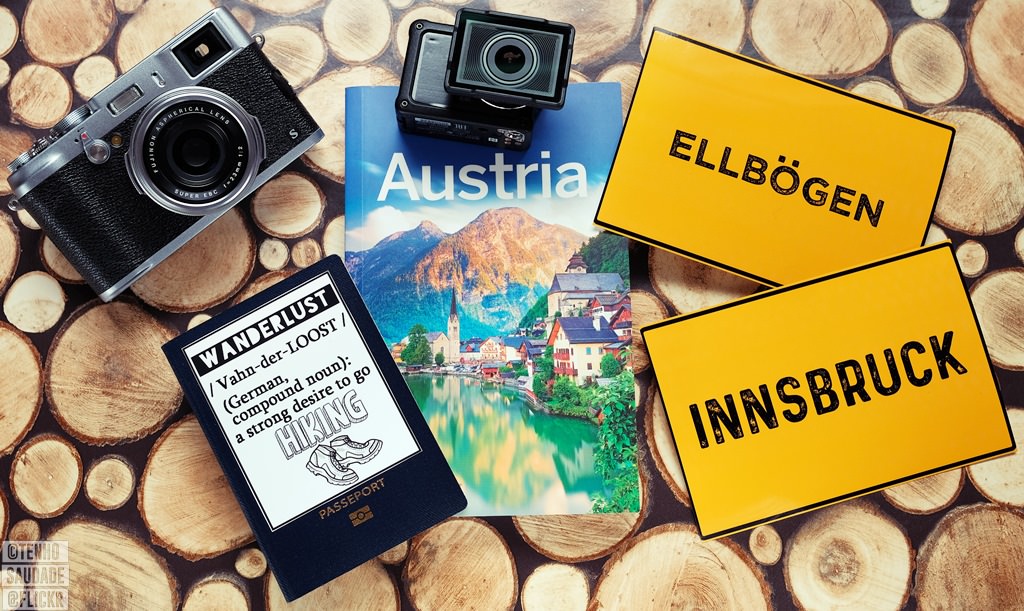 Ok, back to food. I have to say, I prefer gardening these days than cooking. I think it’s the spring effect on me. 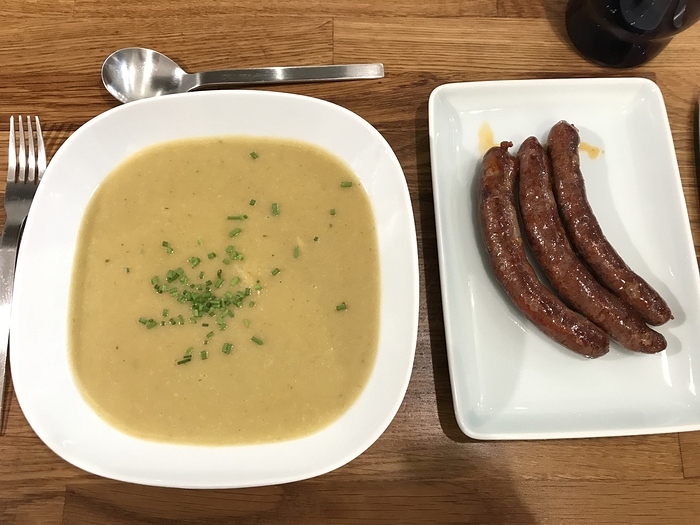 James Peterson’s borscht recipe - 17 years ago, made exactly this same recipe, failed miserably, was extremely acid, led to psychological blockage. This time I made it with white balsamic vinegar, a success.
Looking back, I have to admit proudly, that my cooking improved. 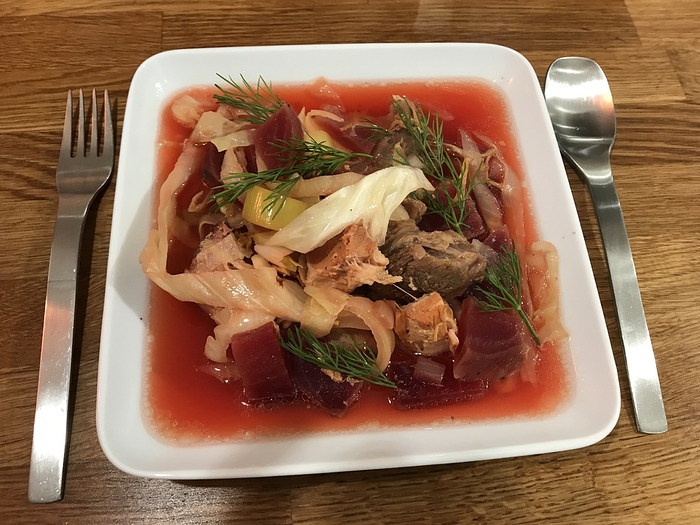 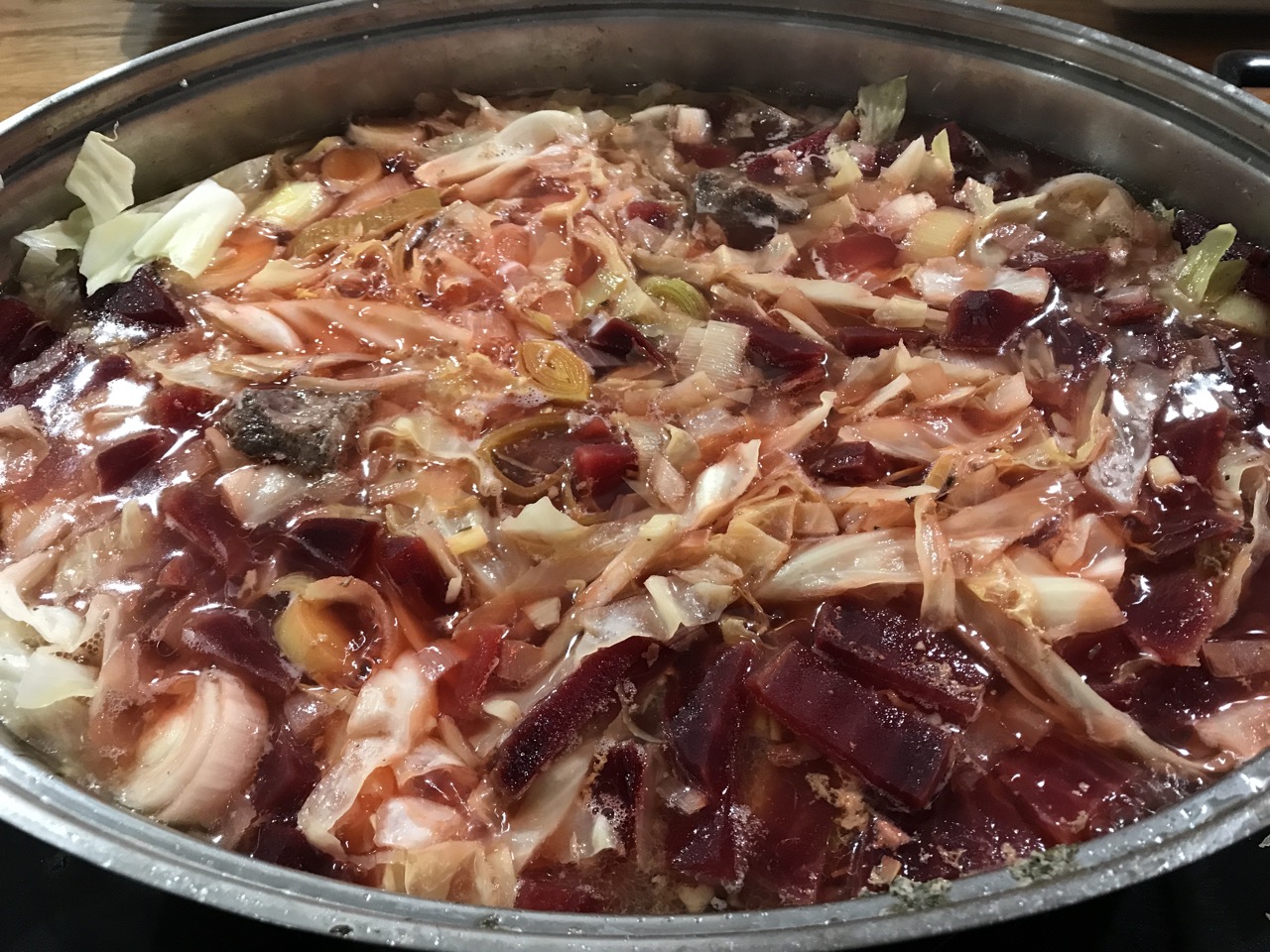 Scallops and mango, I made this often. 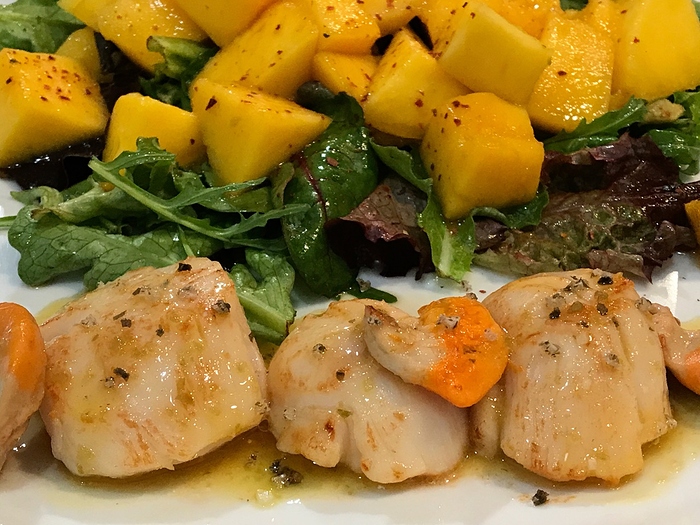 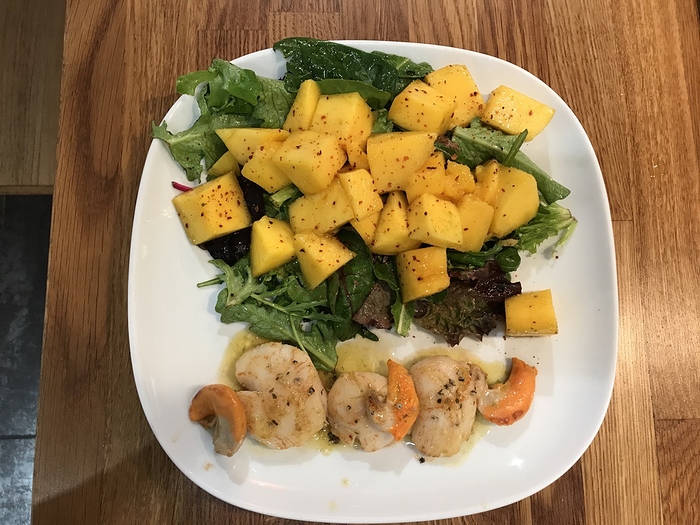 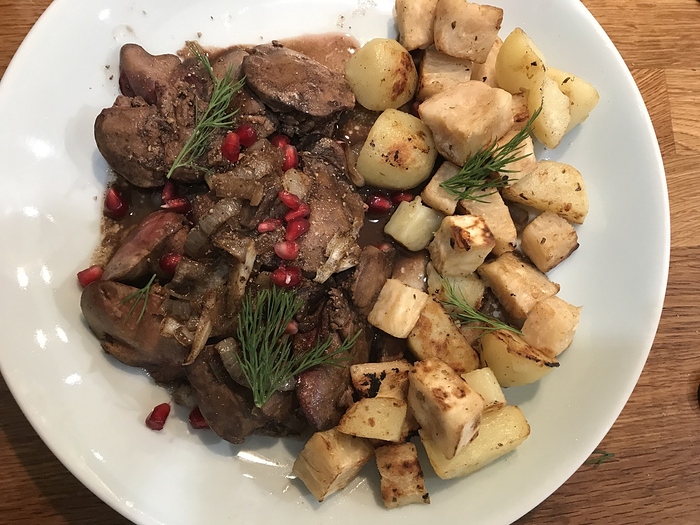 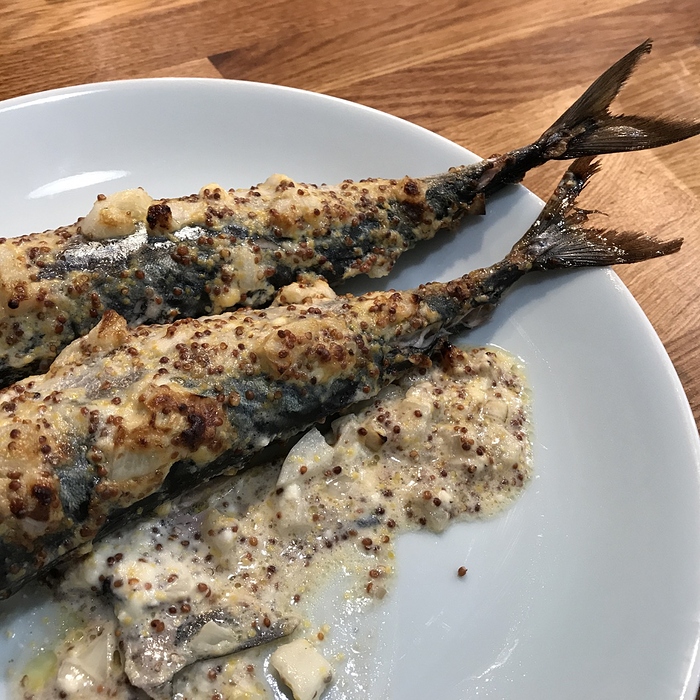 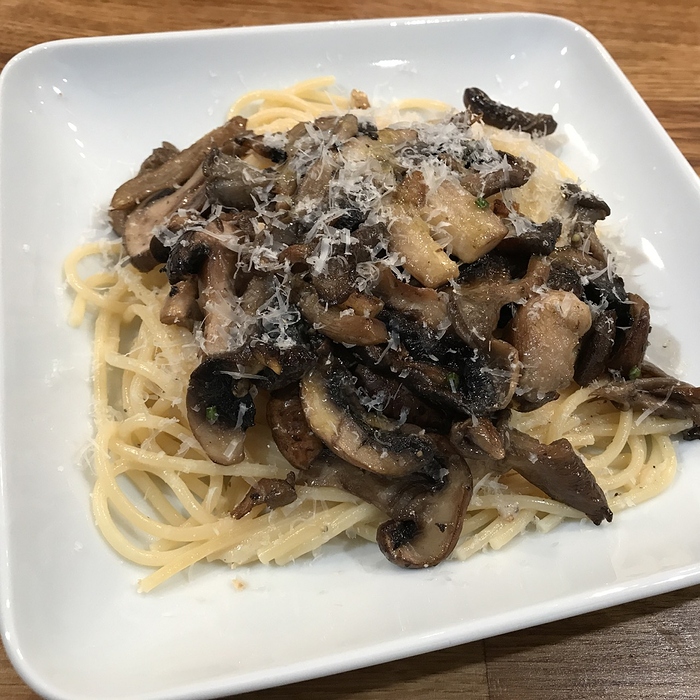 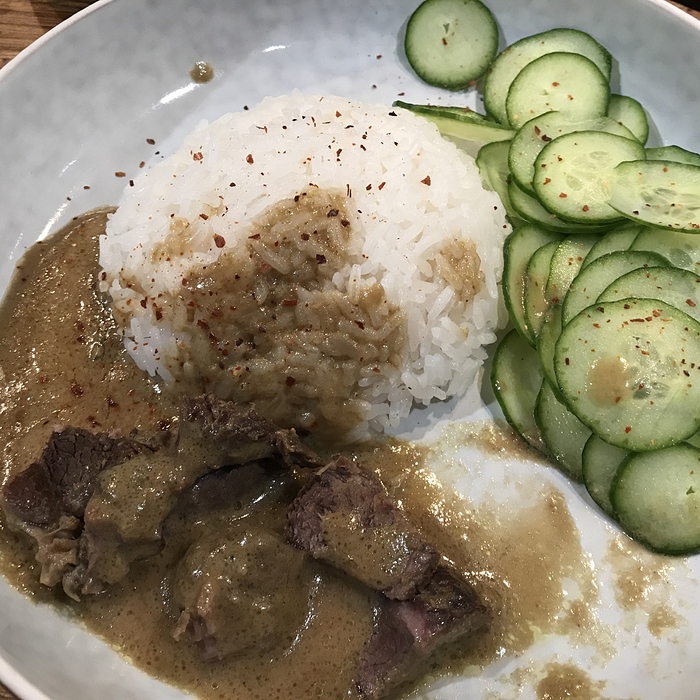 Gotta love those work weeks where you’re not home before 7:30 most nights. Wait. No, actually, you really don’t.

The usual first-week-of-the-month craziness. Plus lots of ad-hoc gotta-have-it-answered-Emailed-written-up-proofread-figured-out-because-no-one-else-is-willing-to-do-so-because-it’s-easier-to-just-ask-me “stuff”.

So it’s a “Mom Meal” - for me. Some Lemon Pot Roast from the freezer, and some new potatoes and carrots, boiled and buttered.

This is the view from my balcony without the power lines.

hurting bad from pulling weeds for 4 h ours, sitting on pebbles and belgian blocks, Wander how those manor houses in UK did it with pebbles and there does not seem to be weeds?
Hate to spray because of babies but also bec it is still too cold and very windy. I normally pull taller weeds then spray once after temp goes up, then use preemergent.
Dinner then is Ma Po To Fu cooked with caramelized onions, garlic precooked in EVOO, black beans and chili sauce, Ma Po sauce, some peppers, and Sechuan peppercorn towns the end.
This is enough for me for days if not more since so is away, that is why i used Sechuan peppercorn.

It’s not about the food tonight. But who I am with. My favorite couple. Pork scallopini. Drinks, wine. A nice salad. Rice for the starch. Cheers​:wine_glass:

10 Likes
← previous page next page →
“Food is a pretty good prism through which to view humanity.”
― Jonathan Gold