At some point over the weekend I recall hearing Ming Tsai’s cooking show on PBS. I was only half paying attention but it was the inspiration for these turkey patties in lettuce leaves. Mixed the meat with shallot, garlic, anaheim chilies, fish sauce, salt, pepper, ginger, and gochujang. Let the mix chill in the frig for a few hours. Served on lettuce with shredded carrots and a sauce of mayo, lime juice, shallots, and sriracha. Topped with more lettuce.
Side were baked regular and sweet potato fries, and bourbon. 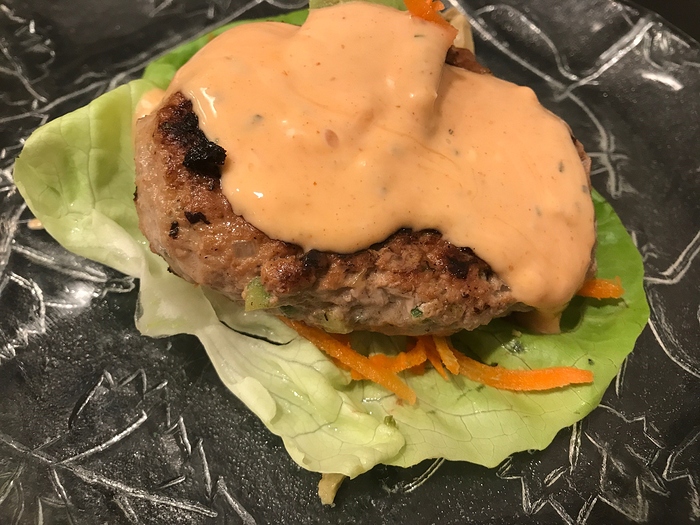 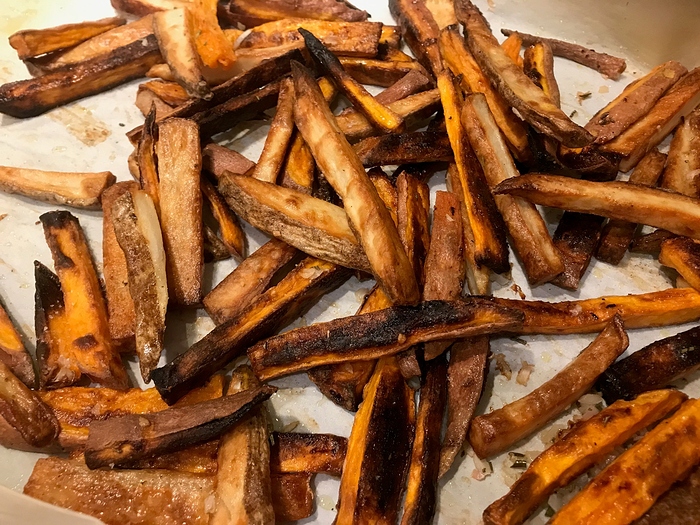 The Bourbon was for drinking–not food prep. right?

The better for toddler hand-grabbing

You might want to check out this old thread:

There is quite a bit of handy info and links to more in depth articles. 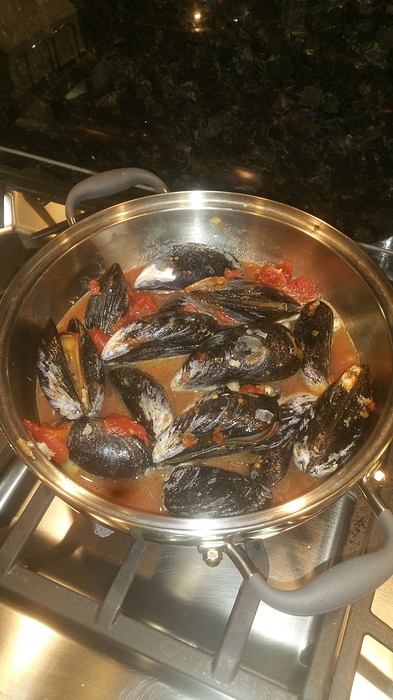 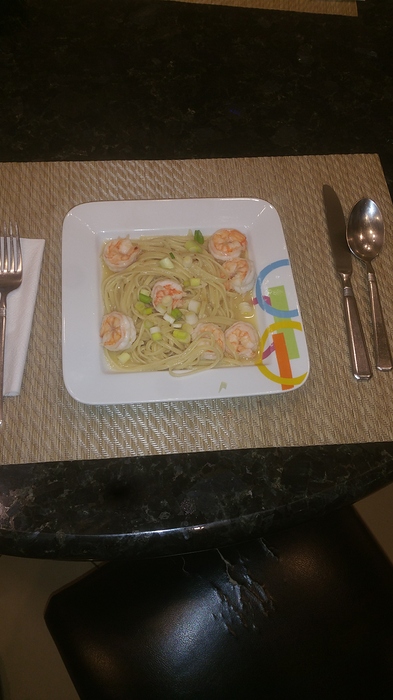 *Proverbial Shit Ton Of Garlic
Finally got the pictures up

My cold has decided to expand to the nose and throat leaving the eyes able to read for a bit! Last nights scrambled egg sandwich became a soft boiled egg on toast since I could keep my eyes closed while it was cooking. The original scrambled eggs will be on the menu tonight.

Sunday I had unexpectedly ended up near a large grocery - mainly Chinese products but a little from many Asian countries hence the name Grand Asia. I didn’t really need groceries but couldn’t not go in! One of the things I purchased was a freshly made 4 pack of scallion stuffed sesame buns from the refrigerated section. Each is about the size of a small dinner roll and heats up within minutes in the toaster oven. These have been the perfect little meal for a cold.

This morning I learned that the she-devil cat is intimidated by the UPS truck and driver. I’m not sure how this intelligence may help me in my dealings with her but I feel it could be important…

This morning I learned that the she-devil cat is intimidated by the UPS truck and driver. I’m not sure how this intelligence may help me in my dealings with her but I feel it could be important…

Watch the auto auctions in your area. When a Big Brown Truck is in the inventory, win the bidding for it and bring it home. But then, there’s the whole uniform thing…

I think I can cobble together a suitable brown ensemble - I don’t think she has had time to develop an eye for fashion between performances of her death-defying stunts.

The Bourbon was for drinking–not food prep. right?

Yes - the bourbon was for drinking.

I tried this. I had the idea that the flavor would be awful. But it wasn’t! I did a 2:1 ratio honey : turmeric with 2 grinds from the pepper mill. Tasted like honey, tongue slightly tingly after from the pepper. Within 5 minutes my nose cleared and I could breath normally!

I am officially a convert. Thank you!

Well, I stayed clear for an hour. I’m still better than I was. With that experience I think this trick is particularly great just before a meal or trying to sleep. That window of breathing easy could make a big difference in being able to eat or fall asleep.

I might try adding the mix to hot tea and see if steady sipping provides longer relief.

Topped with crispy Speck version originates from the Slovakian region. There are various versions in eastern Europe and Austria. Austrians are deeply nostalgic about the countries and cuisines of its former empire, this dish is now also “Austrian” but has an Austrian name: “Topfenfleckerln”. The dairy could be (sour) cream, cottage cheese, quark, farmer’s cheese, sheep’s cheese, ewe’s cheese etc. The other thing is either pasta or (potato) dumplings.

In Hungary it’s called Túrós Tészta. I ate it in Tokaj, Hungary. (Someone has a recipe here) 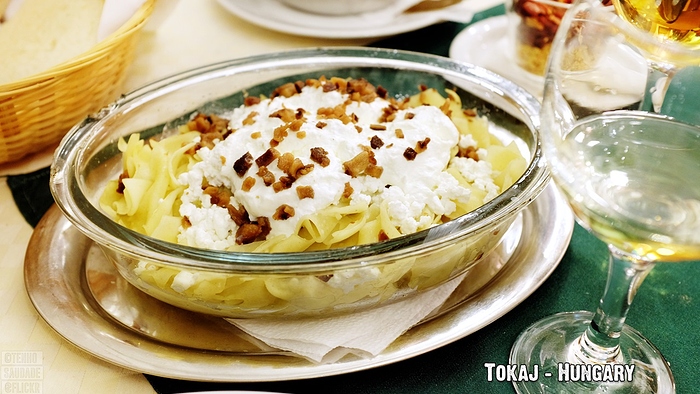 Think of it as doses of medicine and take it 2-3x a day, it kills stuff on the inside. I use it to ward off anything before it starts… works like magic.

If you want a sipping version, boil a tsp of turmeric in water and salt, add a tsp of ghee at the end. The salt and ghee are soothing. Or in milk - replace the salt with honey at the end.

Think of it as doses of medicine and take it 2-3x a day, it kills stuff on the inside. I use it to ward off anything before it starts… works like magic.

Wait, I need to bookmark this magic portion! Thanks for sharing!

@meatn3
Good that now you’re feeling better, you are ready for the ultimate combat with brown uniform. Keep us update.

BTW, when will the boss of she-devil return?

The couple are in Hong Kong visiting her parents. The wife is gone for a month. The husband returns after 10 days. I’ll be on call once he returns since his work schedule is erratic. 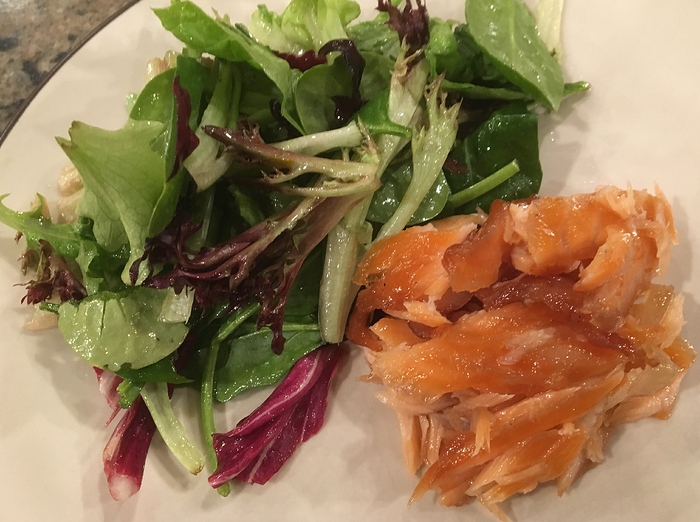 Had guests over. Made the biryani from a few days ago, along with cucumber raita and cilantro chutney. It came out exactly how I wanted it. Everyone loved it, from our parents on down to 4 year olds. Phew.