What Is Your Favorite Vegetable?

Or…If you were allowed only one vegetable for the rest of your life, what would it be?

To drill down a bit on who I am and how I might have been influenced growing up:

I’m a 64yo white American woman who grew up in northern NJ. My father traveled around the world countless times on business (he was a freelance motion picture producer/director, mostly for industrial or tourist-related films). So I was introduced to world flavors in the 60s and 70s that, while not “exotic” now, certainly were then.

My mother, on the other hand, was not an adventurous eater or cook. Dont get me wrong, she fed us very well, but they were typical American dishes for the 60s and 70s. To reverse-paraphrase the old Chowhound manifesto, she ate to live, not lived to eat.

I will say, however, to her credit, she chose NOT to be a short order cook, and wouldn’t make different meals for us kids and then a different one for my father when he was home from his film trips. It was always one meal; we all ate the same thing at the dining room table (or a single meal for the 4 of us at the kitchen table when Dad wasn’t home). If we didnt like what was being served, we were welcome to make a PB&J sandwich or pour ourselves a bowl of cereal.

ANYWAY…I grew up with a meat, starch and veg on the plate almost 85-90% of the time.

And having my dinner tonight with steamed green beans, my brain said “Damn, I love green beans!” Then it wandered and said “But you love…like really❤LOVE❤ peas! And fresh corn on the cob, and roasted Brussels sprouts, and… and… and…”

So I got to thinking, which veg would I want in my life if all others disappeared? You’re allowed spices and herbs, but no accent veggies (like shallots or garlic).

As much as I love green peas, I think I’d have to go with green beans. So many ways to prepare them. They’re amenable to so many spices.

Are potatoes allowed? Because then, POTATOES!

Oh my, I’d be bereft without potatoes TOO!

Although on a 10 day trip to Ireland with my mother in the early 2000s, I was SO happy to see a pub offer rice pilaf on our 6th day there. It was dry as hell, but it wasn’t potatoes.

Thankfully, tomatoes are botanically a fruit. The state fruit of Ohio (where I am visiting right now) is the tomato. I like green beans a lot. But I love broccoli - and I would miss it. So I’m going with broccoli .

Peas… I always have at least 24 cans of peas in stock (2 - 12 can trays). I’ll mix them with pasta and olive oil, into rice & lentils, with mac and cheese, into fritters or basically anything.
So my vote is PEAS, please!!

The A’s have it…artichokes and asparagus. Growing up in the SF Bay Area it was always fresh, never canned or frozen, unless we processed it ourselves for year 'round enjoyment. They are almost too expensive and the quality is not what it used to be.

I couldn’t possibly choose a favorite, but I’d be quite happy eating eggplant all the time. Plus it’s underrated, so I like giving it a little extra love. And yes I know it’s technically a fruit…

My personal truth is that I’d probably tire of every vegetable if I could have only that one forevermore.

That said and under the OP construct, I choose potatoes for versatility.

I will pick two…
Chinese broccoli also known as Gai Lan; very easy to clean and cook and last for relatively long time in refrigerator (1 week with no issue, and often 2 weeks) 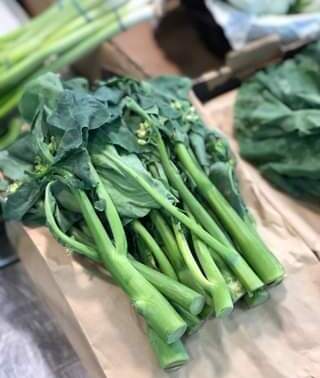 Pea sprout (very tasty, but it does take time to wash and to pluck 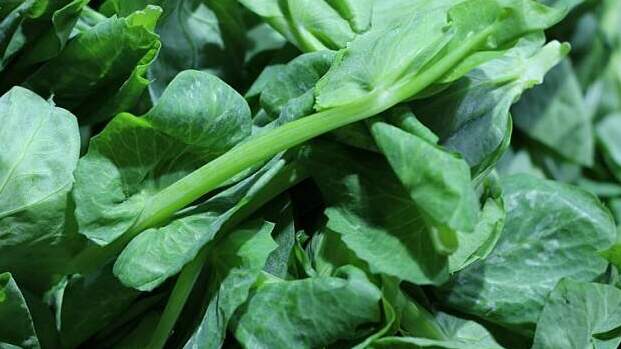 Mine would be all the fruit-vegetables (tomato, eggplant, cucumber, chili’s, pumpkin, beans etc) and for this query, I keep them neatly in their fruit category

Potato to me falls in the starch category. Always got confused in restaurants here to be asked “would you like chips or salad with your steak?” I want both!
I like potatoes sometimes, but I prefer rice, so that’s my starch taken care off

So now it’s become an easier question: Onion and Garlic

I get tired of any of them if I eat them too often.

Probably tomatoes, if I had to choose one.

I’m happy to have a tomato by itself, drizzled with olive oil , with mozzarella, on bread.

Arugula out of the green ones.

Gai lan is one of my favourites.

Hard to pick just one. if we’re excluding fruit (like tomatoes or cucumbers) and starches (like potatoes), my top three would likely be spinach, eggplant, bok choy.

I don’t think of alliums as veggies, either, but of course love onions and garlic. I consider them seasonings.

Impossible to choose just one.
I echo what a lot of others are saying about alliums, aromatics.
Among botanical fruits - I love all nightshades.
I love brassicas: cauliflower and cabbage especially. Delicious, nutritious, versatile, and (in the case of cabbage), cheap.
Also lots of okra love here.

Yeah, onions and garlic are, to me, “accent veggies” or seasonings…used in conjunction with the “main veg”, so to speak. They usually enhance vs. are the star.

'cept for those scrumptious miso onions…

If only one is allowed.

If 3 is allowed, add onion and potato.

Been hesitating between garlic and onion. but onion can be eaten young and leafy as well.

I notice nobody mention carrot.