What Fast Food Chain Do You Love?

I like the chicken tenders at Chick Filet, with the variety of dipping sauces, but like kobuta I find them way too salty. There are variations from time to time, and occasionally they’re not too salty. A location popped up within 20 minutes from us about 2 years ago, but we haven’t bothered to go. Once or twice a year we’ll get Popeyes, which is just right. (Now I’m sounding like Goldilocks…)

But where are the bears?

There are better fast food than Chick fil A, but many of the better ones are higher-end fast foods. For fast food restaurants at the same price range, Chic-fil-A is pretty good – say compare to McDonald and Burger King…etc.

I’ve never seen a bbq sauce flavored bun. With bbq sauce already on it, I wonder what the need is?

I’ve heard they hang out at The Black Bear Diner! (An actual chain in parts of the west)

’ve never seen a bbq sauce flavored bun. With bbq sauce already on it, I wonder what the need is?

I was thinking the same thing.

So awesome. I wonder if UK McDonalds are better.

The fact that none of featured sandwiches seem to have much to do with their supposed city/state of origin is certainly the same concept as our US summer menu of “foreign“ treats .

The New York one sounds vaguely like a Reuben. Except for the bagel and the beef burger and the ketchup.

I wonder what “cornbread style” is.

There are better fast food than Chick fil A, but many of the better ones are higher-end fast foods

I wonder if those are “fast-CASUAL”.

Thrillist-“Underrated Burger Chains That Need to Be in Every State”

I think " why are they waiting in a drive through line? Maybe I should get out of the car, and walk inside. Maybe its faster."

I haven’t done it in awhile, but sometimes there is no line inside!

Exactly what I mean. Like Shake Shack or Bobby Burger Palace… Fast causal… Basically, the burgers will be 50-100% more expensive than the likes of Burger King or McDonald. 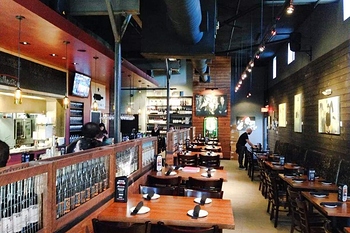 Hamburger on a bagel, let alone with all those wet ingredients, is not appealing to me at all. Bagel as sandwich vehicle is a bad idea. Too chewy and then there’s that hole in the center.

Not that the Mississippi and South Carolina ones sound much better.

Bagel as sandwich vehicle is a bad idea.

I’ve always felt that way too. I eat my bagel as two halves. Once in a while hot and buttered. 95% of the time it is toasted with cream cheese and lox. Often tomato. Sometimes thin sliced red onion or capers.

Damn. Now I’m hungry and not a bagel in sight!

My fellow KCer, in London currently to see Bryan Ferry and King Crimson, refused to take one for the team and try this.
His comment,
:” No. No one should be eating a BBQ-flavored bun.”
So, CJ, you are correct. We que snobs have standards, low may they be.