What’s in your oven?

We’re gearing up for berry season. We finished the last of the frozen strawberries last week (waffles), and have a couple of quarts of frozen summer blueberries to eat through before July. Other than fresh out of hand, this cake is my favorite way to eat them. 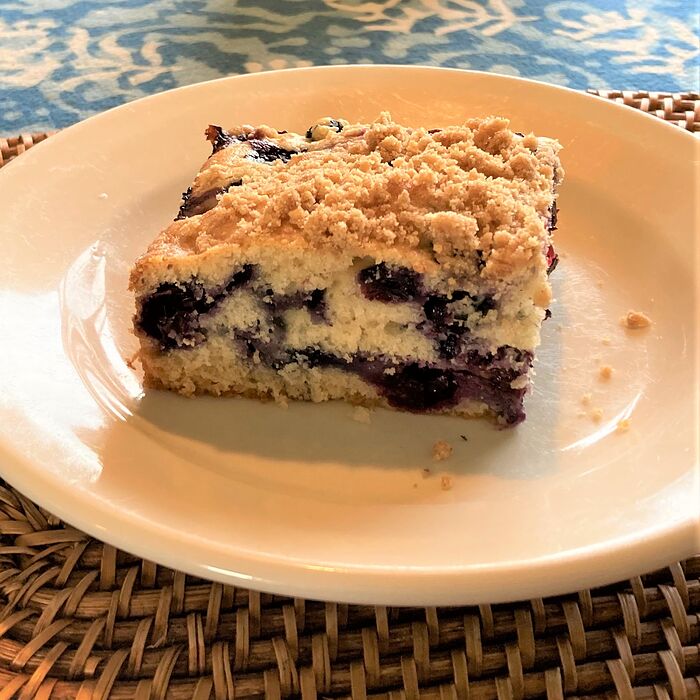 Rhubarb berry tart…bits and bobs of assorted berries I had on hand, the rhubarb is from our garden. I sure wish I had big, fat red stalks that I see at the farmer’s market but mine are skinny and green. Tastes fine but won’t win a beauty prize for rhubarb. The crust though…delicious! It’s adapted from the Goose Feet cookie recipe and it’s flaky, tender and fragile. I’ve used the crust for savory galettes and we have really enjoyed them. As the cookie dough has no sugar in it, I did add a small amount of sugar to this crust. The bottom of the crust is very crispy and I’m totally smitten with it, at least
until the next new crust comes along! 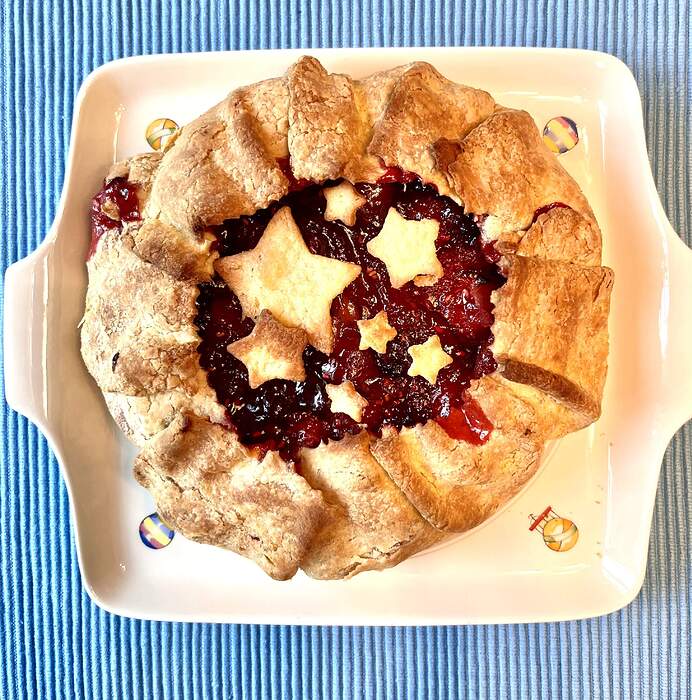 Lovely, I think I’ll have some rhubarb next week. I have 2 plants and every year keep a tap on how many lbs. I get. I put down sheep manure around them and one is nice and strong and the other has weak stalks. This year I worked in some Epsom salt around them. Will see if that helps.

Hmm, I just asked my DH if he had fertilized them…ummm…no. We had some manure that he had put in the compote pile, but all gone. I think it’s the unloved plant in our garden.

I have a few bags of last year’s rhubarb in my freezer… will have to use them up before this year’s starts appearing!

I haven’t figured out how to start a new thread so decided to put this here.

I like Food52 site more and more and just read this Mother’s Day Cake Recipes article. They sound great! I’ve made Nigella’s Chocolate Loaf, easy, spectacular. I think Mig is enthusiastic about the Lemon Buttermilk cake one.

Which one do you want to make first? 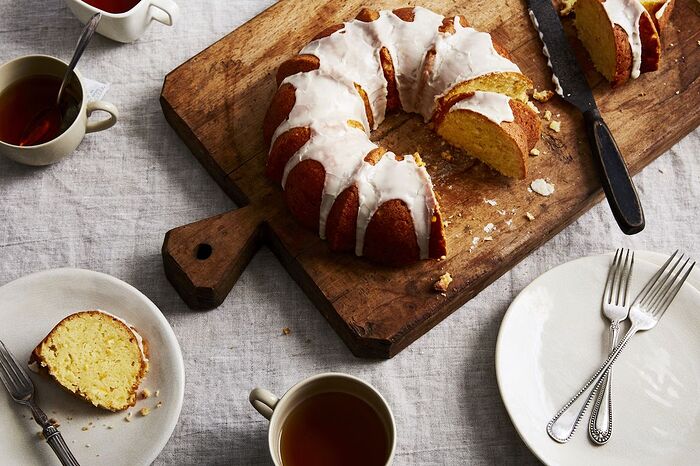 Our best cakes, just in time to save Mother's Day.

The chocolate cloud cake and Marie-Helene’s apple cake are both great.

I don’t think I’ve made that particular lemon buttermilk cake, but I can’t imagine I wouldn’t love it!

If you try this one, let us know how they compare.

Almond Poppyseed Cake from Dessert Person. I first made this when DP was the baking book in Chowhound times. I liked it the first day, even though the almond extract flavour was quite strong. However, in the days following, the almond extract taste became overpowering and cloying. That said, my mother loved it and told me she didn’t share it with anyone. So, I made her one for Mother’s Day. This time I used a scant teaspoon of almond extract and the almond flavour is very light. I would probably go with the full 1.5 teaspoons in the cake next time. I think the important thing for me is not to use any extract in the glaze. I did a simple lemon juice and granulated sugar glaze instead of the one in the book. Easy and delicious cake. I also used an extra tablespoonful of poppy seeds. 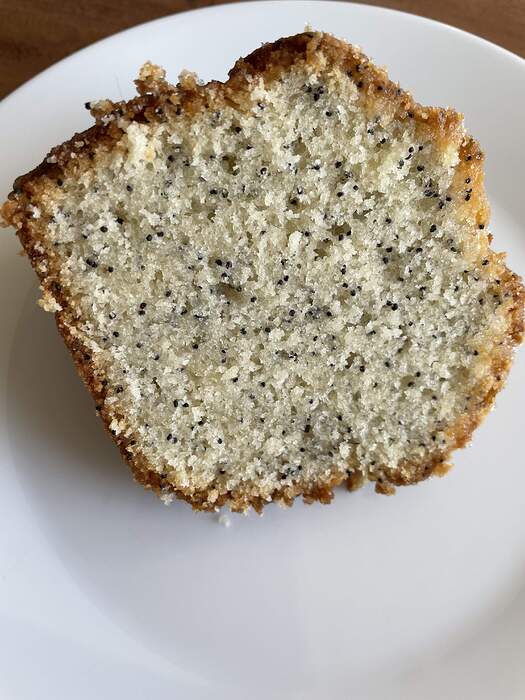 Jacques Pepin’s almond cake that is made in the food processor. I was going back and forth between this and Lindsey Shere’s to use up the last of the almond paste I made a while back and froze, and decided on his because as much as I love almond paste, I prefer cakes where it is equal proportion to the flour for a fluffier crumb. I cut the sugar down to the weight of the flour and added a little almond extract since I love bitter almond flavor.
He called for just “a dash of salt” and I used around 1.5% salt and should have used a full 2%. The 2 oz of almonds in almond paste basically count towards the weight of flour, so if I had used 1.5% of 170 g that would have been better, or 2% of just the flour (115 g).
Cake is good and moist as all cakes made with almond paste are, though obviously wish it had a little more salt. Karen DeMasco’s almond cake is still my favorite cake made with almond paste, though. It’s almost the same recipe as Pepin’s, but with double the butter 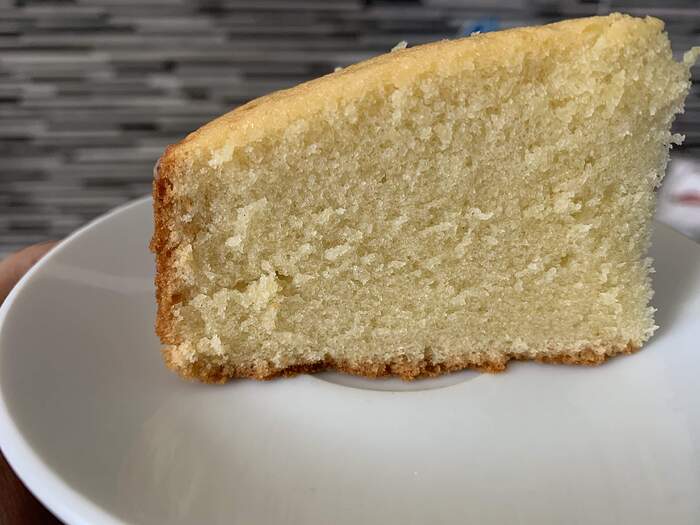 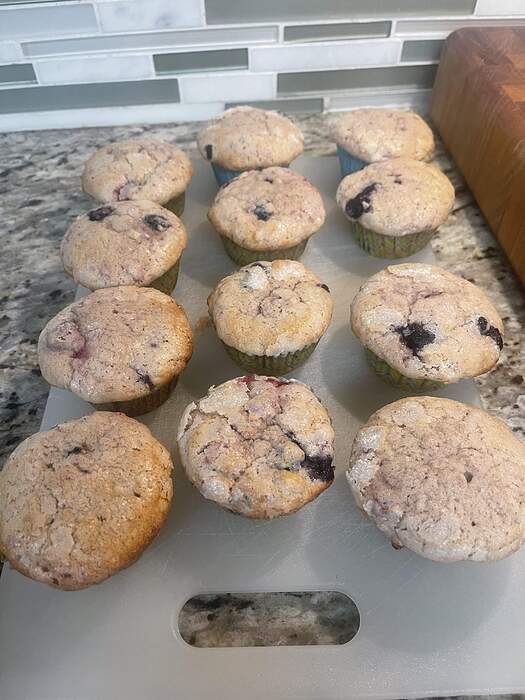 I’ve never had issues with any recipe. How do you make your almond paste? Do you use almond flour or almonds you grind yourself?

I got French Pastry Made Simple by Molly Wilkinson for Mothers Day. Made Rustic Seasonal Fruit Galette using my first stalks of rhubarb with some purchased strawberries and blackberries. The pastry was pate sucree with has all purpose flour and almond flour. It was very hard to handle. Will be served with whip cream. 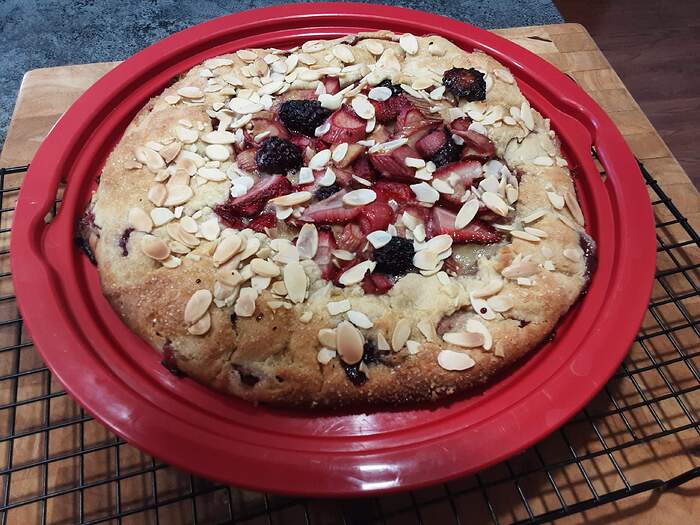 That’s likely the issue. To make almond paste I first grind my blanched almonds and most of the sugar in the food processor to the point that they’re as fine as they can get without starting to turn into almond butter. Then I grind them in my coffee/spice grinder. I sift the powder to get anything that wasn’t finely ground and whatever is left I grind with the sugar I hold back initially. Then back in the food processor with egg whites and flavorings (I like to add a few drops of rose water and almond extract for the bitter almond flavor).
The food processor just can’t get almonds to a very fine grind. To get around that you can use commercial almond flour, but the grinder works great for me since I don’t like buying almond flour due to price and short shelf life.
The paste comes out very smooth and similar in consistency to commercial, and it tastes great.

Green olive sticks from Local Breads. I once again employed my starter rather than biga and didn’t adjust the hydration or flour in the formula. I wanted soft sticks similar to some we used to buy at an Italian bakery near our house when I was growing up.
I think the ones from my youth were likely made with a slightly enriched dough whereas these use a lean dough. They were also thinner and longer. I might try again sometime to make them more like that, but these are delicious. My parchment is reused from making cream puffs yesterday btw. 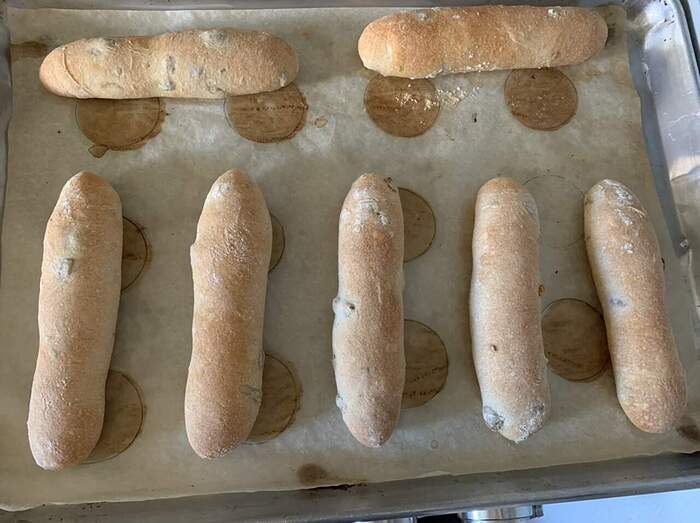 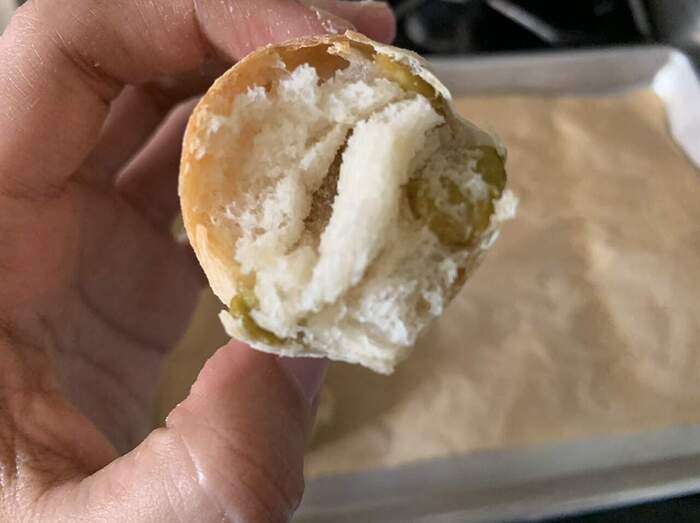