Qatar airlines serves ’ Camel Wrap ’ as snacks in their Business Class.
Wonder if Qantas serves Kangaroo meat onboard their flight?

Camel wrap, I wonder what it is?!

Turkish Airlines business class has the best food I’ve had on a plane.

Oh, my. That took me right back to the Virgin airlines food complaint from years ago. If you haven’t seen it before:

Dear Customer Relations: The Most Read Complaint letter of All Time - Virgin...

This letter by Oliver Beale about the food on a flight to Mumbai is widely rated as the best complaint ever written. Hilarious.

Camel wrap, I wonder what it is?!

My family just flew Qatar and they did not mention this!

Strangest thing I ever ate (not as a dish but as a concept, on a flight) was poached lobster as part of the appetizer course on Emirates - perfectly cooked!

I am so envious of those who have been fortunate enough to travel business class. My partner’s late parents and all four of her siblings have been able to do so. Either because their employer was paying or they got a freebie upgrade. We once came close to it, for a transatlantic flight - BiL was ex British Airways cabin crew and knew the guy who was going to be the crew manager on our flight. A conversation had taken place and we fully expected to be invited forward when the guy came and introduced himself. But he just said he wasnt able to do it.

A camel wrap at a place in Qatar

Thanks for solving this Carmel wrap mystery, I don’t think I’ve eaten any camel in my life.

My previous work has allowed me to have a few business class trips. Flight was short, 3-4 hours, there was a large selection of drinks to choose from, and every hour, they came and propose another drink.

We were upgraded once by Aeroflot long haul, food wasn’t different except seats were more comfortable, we were able to sleep at least 6 hours.

Best food I would say by Air Asia, but you pay for your food as it’s not included in the ticket fee.

Worst experience on an airline was on Aeroflot…from London to Hong Kong…years ago!
Air stewardess actually said ’ Nyet ’ and refused giving me any water when I asked for a glass!!

Air stewardess actually said ’ Nyet ’ and refused giving me any water when I asked for a glass!!

Exactly, the air stewardess were quite rude, including the airport staff in Moscow.

Surely dating ourselves, we remember rack of lamb carved on a cart was standard fare on a large domestic airline’s longer dinnertime flights. It was reason enough to book that certain flight.

When airline food was first class. Photos from the 50’s and 60’s. Everyone was nicely dressed. Nowadays most people wear tracksuits and pyjamas. 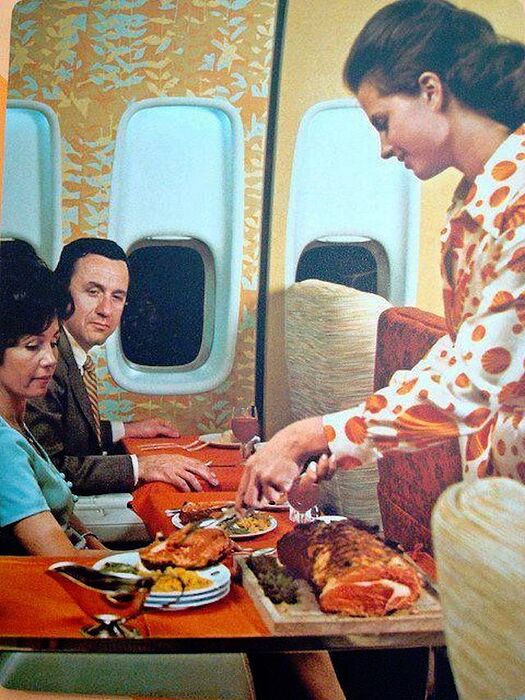 IIRC the next 2 photos are by SAS (Scandinavian Airline) 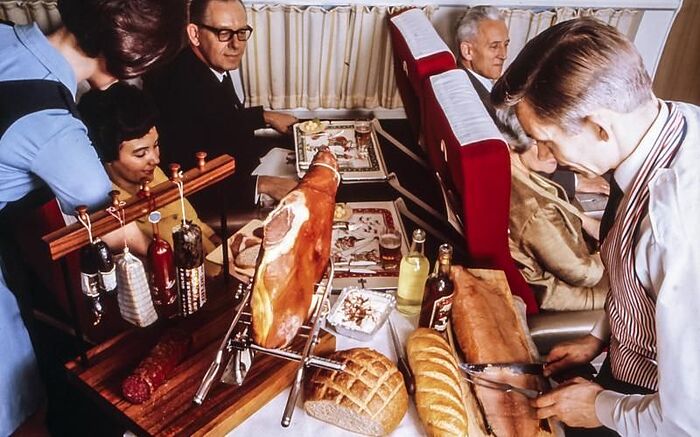 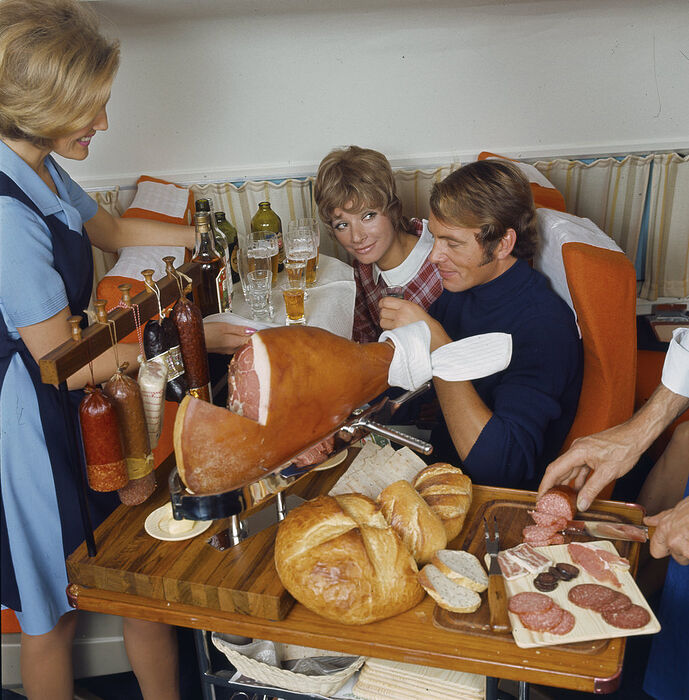 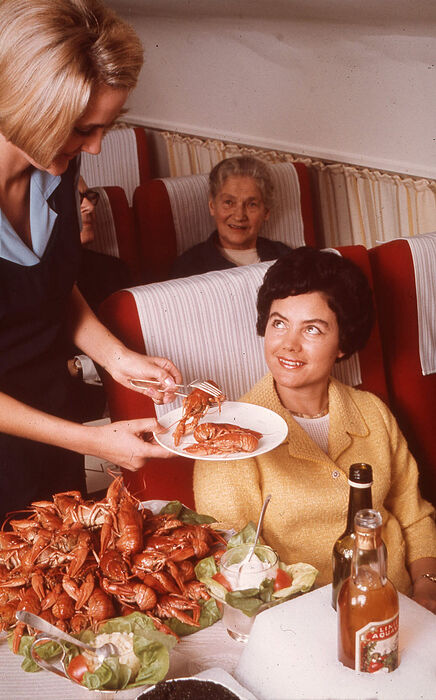 This was in “economy” 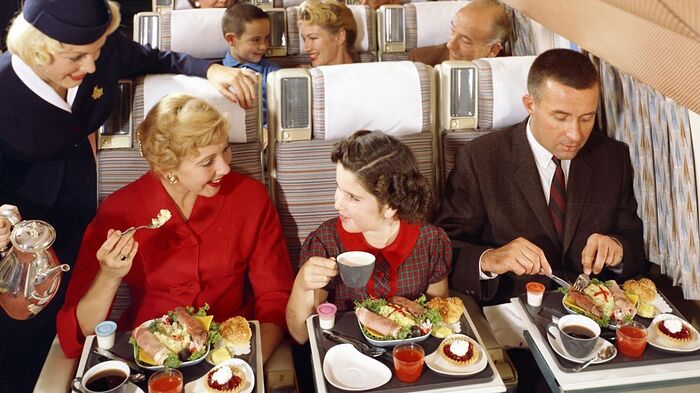 So that fewer people can afford it?

Everyone was nicely dressed.

My late FiL used to work for British Airways, as a baggage loading supervisor. His service entitled him to an annual free flight, albeit on a stand-by basis. He always used to travel wearing a jacket and tie - working on the basis that, if he was smartly dressed, he might get upgraded. Worked a couple of times.

Huh. So only rich people should get to visit their families overseas?

You know what else works? Flying on your birthday. Ask me how I know!

The fares are sometimes too crazy low. That unfortunately also attracts some egotistical A-holes sitting with you in economy.

How are ‘egotistical A-holes’ limited by income? And I thought the complaint was that people didn’t dress up to fly anymore?