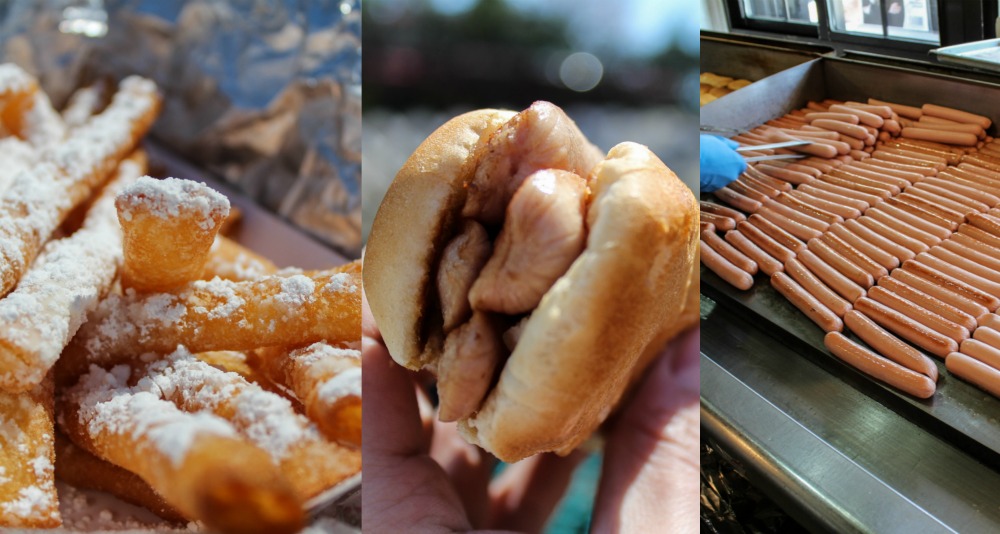 Get ready, Stamford, an almost 100-year-old hot dog institution, with a ton of accolades, is opening just in time for your summer sausage eating pleasure. Walter’s Hot Dogs is set to split, grill, and slather up their famed franks in early to...

Years ago (as i recall) Walter’s did several franchises - Yonkers and one in ct. (maybe). Sold to “friends” of the family, so perhaps that helps explain why neither lasted too long. Personally, I’ve always felt that the location and the roadside architecture are the biggest factors in why they have done so well. I hope they do well at the new locations,but if the menu is still primarily hot dogs,fries and ice cream, I don’t see even a well located storefront being particularly profitable.

Good points. Know that it won’t be a storefront but a freestanding stricture in the middle of a small park. But no hungry high schoolers across the street. Will be interesting to see if they can succeed on new turf. It’s a good product.

Well, if the location is right, they should do ok with a kiosk. But I feel that they’re all about the kitsch, and location in Mamaroneck. I never cared for their food. Boring hot dogs with no character, soggy fries, creamed sweet potato nugget things, flavorless mustard/relish, and buns are over or under toasted that fall apart. I have had a good malted upon occasion, but usually they aren’t that good, over or under malted, and the ices have been either watery or too sweet. When I think of Walters I think of bland and boring, characterless food, mass produced by 16 yr. olds who don’t really care.

Personally I like hot dogs with a natural casing with a nice snap and good spicing and smoke, mustard with some boldness too it, and several toppings, sauces, chili, relishes, etc that are original, house made, and have good spicing and flavor, from hot to mild. And sides that are well made, and interesting.

I’m happy to see someone else feels like I do about Walter’s. In the past 20 years, I’ve tried them about 4-5 times with the hope that I would someday find them to be as good as those who rave about them do. It never happened. For me, they are absolutely bland and boring. The sausage may be a custom blend, but it’s as if the flavor was removed from the meat mix. The bun refuses to stay intact, probably in protest of its fillings. The mustard seems dumbed down. I’d trade a freshly-made Walter’s for a stale Nathan’s any day.

Walters was discussed here too, not a fan either What food is worth the drive even if it's not in New Jersey? (neighboring states only please)

Yep, they still look awful!! Never had one, and from those pix, never will!!!

@JMF where is your favorite hot dog in Westchester?

I’ve never been to this place… One time I went on a wild goose chase with my mom to try to find it and we never could!

Since i live within a few miles of Walter’s, I am a fan of the business more so than the hot dog itself. It is a (relatively) bland hot dog, both bun and dog slathered in oil/butter and then grilled. The mustard/relish works well with their dogs BUT it does not add to any other dog (I can’t explain it but its true) so no need to buy a jar of it. Again,with the lack of roadside architecture/food in the area it is something to be enjoyed and experienced (perhaps even a meetup or is that meatup. Just know that no toppings are available, the hot dogs are good in their own right,just not a spicy ny style.

@JMF where is your favorite hot dog in Westchester?

Well, I have a list in my car food file of a half dozen places around westchester for good dogs, but I never made it to any of them. I usually make them at home, with home made mustards, home fermented sauerkraut, and home made spicy onion sauce. Occasionally I make an all meat spicy chili sauce.

Here are two places I want to try.
Dobbs Dawg House in Dobbs Ferry.
Lubins and Links in Tarrytown,

Since I pass it often, I like Rafi’s truck by the Sprain Parkway on Jackson Ave at the old Mickey’s location. He makes great onion and chili sauces, and has home made Peruvian food on Wed/Thurs. Good burritos and burgers too. 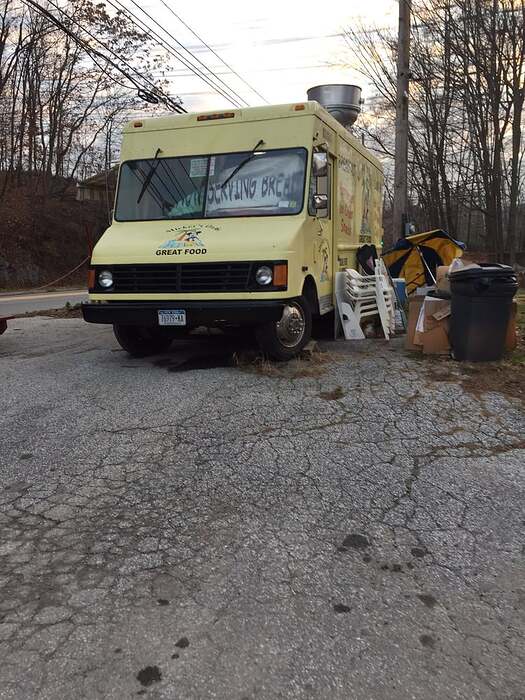 6 reviews of Raffi's Red Hot Grill - CLOSED "This is one of the best food trucks in westchester.. Chilli is awesome he does Peruvian food wed and thurs and its fantastic! Try the specials of the day, chili cheese dogs and burritos!"

My favorite CT. dogs are crafted at Super Duper Weenie’s in Fairfield. Just off the highway…

Dobb’s Dawgs has a ton of topping options and 6 dog options. The last time we ordered, they had your standard hot dog, turkey dog, veggie dog, brats, knockwurst, and my favorite, the hot smoked sausage. You can also order your dog deep fried (like a Rutt’s “Ripper”). We’ve tried about 2/3 of their menu, including the IHOPP, Redneck Caviar, all of the Big Joe’s, Rubble Rage, Mango Tango, Sushi Dawg, Reuben, Trailer Park, GFX, and at least 12 others. We’ve never had a clunker. The guy(s) behind the counter are genuinely nice and very accommodating.
Http://www.dobbsdawghouse.com

Walter’s Hot Dog Truck does very well at the White Plains Farmers Market on Wednesdays. There are often lines. So they probably figure giving Walter’s a permanent spot in town would work.

Lubins & Links is awesome. Great hot dogs and lubins (tender brisket on a bun). Tons of options to top your dog or lubin. Really nice owners too. I catered from them and it was huge hit. Their lubin with spicy peppers and cheese sauce is my favorite. I once brought home a “Shroomin’ Lubin’” for the hubby after an argument as an apology. It was a very smart move.

I really liked Swanky Franks on the Post Road i(aka CTAve) inn Norwalk . The ambience as much as the steak tube. But they recently closed their doors, leaving Super Duper up in Fairfield as the top place for dogs (unless you crave Rawleys Deep Fried Dogs.) in SW Ct. That’s why Walter’s might be able to carve out a beachhead in lower FFC. Having raised a hungry son in Mamaroneck, I enjoyed their dog, but allow that maybe it was because Walter’s was as indigenous to the town as Sal’s :Pizza. I have a Hollywood friend (a major figure out there) who hits Walter’s and Sals everytime he’s back East.

Jersey is Hot Dog heaven, of course, but a haul.

I was passing by swanky franks the other day and was going to stop by- my surprise,to find them closed,hadn’t heard anything about it, and then after wandering in pc, considered brandi pizza (wanted to try them but it was lunch-time) only to find they are only open for dinner - doubt I’ll go back - too upscale if they are dinner only, then a walk to hubba bubba - closed for repairs. Off the subject, I always enjoy the chili from longo park deli for a good chili- dog. who else serves a good chili dog?

been a while since I lived in Greenwich, but drop into Dougie’s Standby when I’m in the area for dogs/burgers/etc

Walter’s are my favorite hot dogs in the world. I like the blander beef and pork style vs the smokey, garlicky kosher style. The Stamford location will be challenging because there is little parking. They plan to stay open year round? That won’t last too long. Back in the mid to late 1990’s they opened a franchise in Norwalk located in a strip mall. The hot dogs were as good as Mamaroneck but they closed quickly.