Has anyone been yet? I will get there soon and wanted to go tonight, but it is my cousin’s b day. So I need to go buy him some drinks.

It is on route 36 east/south bound where the minature golf place is.

@VikingKaj I believe you’re in the middletown area. Any intel?

I’d like to know what kind of wood they use.

I believe you’re in the middletown area. Any intel?

I’ll put it on the list but I don’t hold out much hope. They say “Texas” style but no beef ribs and no sausage and no turkey and no clod, just lots of pork. So not really Texas meats.

That said, I’m always up for trying a new bbq place.

Well you’re close enough that we go to some of the same spots lol.

More BBQ competition in Monmouth County is definitely a good thing for us.

So I just decided to jet over and I was pleasantly surprised. More to come but a pic of my half rack, “fire and ice” pickles, red cabbage slaw and spicy cherry BBQ sauce to go…not the best pic but I just tore stuff open and started chowing down.

I will get into some details soon but if anyone is in the area, this place had some seriously legit ribs. 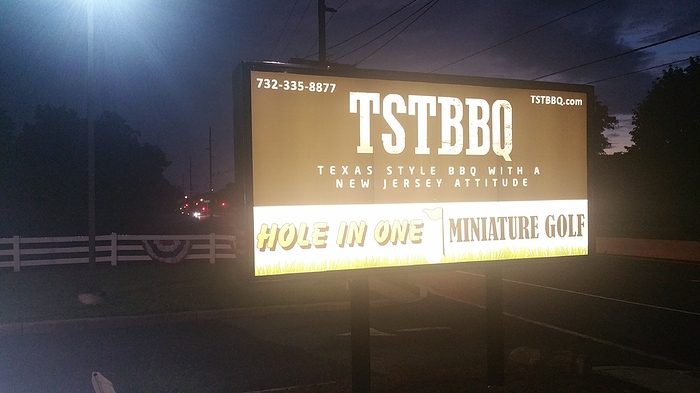 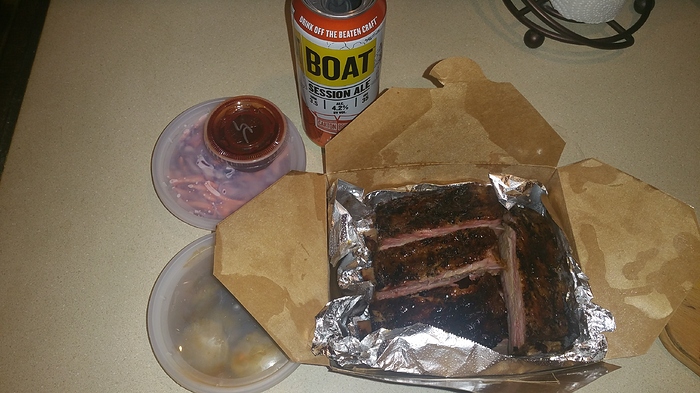 So here’s a crazy idea. I say we do an easy three joint bbq crawl. One Saturday or Sunday this summer we start at TST around 11 am, then head over to Surf bbq, and finish up at Local Smoke in Red Bank. Just sayin…

Wow…according to my page this thread was started 15hours ago, and has gone from inquiry, to rebuttal, to trial, to next HO crawl. Shazaam! Things are moving pretty fast in the big city boys!!

t I just tore stuff open and started chowing down.

For the record, we are no longer “chowing” anything, from now on please use the appropriate verbiage “I just tore stuff open and started HOeing down”. Thank you for your cooperation.

we start at TST around 11 am, then head over to Surf bbq, and finish up at Local Smoke in Red Bank

Seal…seal? We’ve met a few times…I’m fat and am getting fatter. I couldn’t even jokingly say I could do Surf AND Local back to back, yet you want to go to 3 BBQ places in one afternoon? WTF? I assume if there was a group you could do a sampling at each, but what fun would that be? If I go to a bbq place I’m not sure I can leave without getting elbows over assholes covered in bbq sauce from brisket or ribs.

Honestly after reading this thread I’m starting to get intimidated by you folks.

Sir, I have witnessed your ability to consume meats. WE WILL SHARE. And you’ll be fine…we’ll all watch out for you!

@seal you’re a beast! I can’t do 3 bbq spots in a day lol…well maybe if we just sample some things and don’t go nuts at the first stop.

So I’ve been two more times.

The brisket was very good and I liked the peppery bark. The pulled pork isn’t exactly on the same level…nothing bad at all but their ribs are hands down the winner. On a side note, surf BBQ is putting out some killer pulled pork now! It is far better than I remember when it opened up a while back. Back to tstbbq…

I have had 4 different sides since my first trip. The fries and onion rings were nothing to write home about. In fact, they should really work on getting better fries. The onion rings were just a side dish and not their hand cut bacon wrapped ones. My rings were some frozen fried ones that were just mediocre.

The mac n cheese was overwhelmingly bland I thought, but maybe I’ll try another batch soon. The brown sugar roasted Brussel sprouts are good, but they don’t hold a candle to the local smoke chili sprouts.

So far the ribs, fire and ice pickles and the cherry spicy BBQ sauce are my picks. So I enjoyed my first trip the best. Nothing has been bad at all but the sides dishes haven’t blown me away.

My gripe with this place is they don’t have BBQ sauce bottles on the tables, nor do they have salt and pepper shakers. Oh and the picknick tables aren’t built for heftier fellas like me. I have to squeeze into them. @NotJrvedivici I don’t know if you’re going to make it big guy. It’s tight lol

Folks keep in mind this is essentially a bbq “hole in the wall” that operates a mini golf place. It is far from fancy so if ambiance and bbq are what you are after, surf bbq is the mutimillion dollar operation to visit, and they gave great bbq. This place just happens to be lower in cost and the owner seems very cool. It is kind of like a golf snack bar that happens to make some damn good ribs. It’s byob too.

Folks keep in mind this is essentially a bbq “hole in the wall” that operates a mini golf place.

Do you get a deal on the putt putt if you order a whole rack???

Do you get a deal on the putt putt

Putt, putt? Did we move south of the Mason Dixon line?

Get your minds off of racks and back on bbq!

I am serious about this crawl idea. The way to do it is to only order one rack of pork ribs and one other item at each place. Rate the food and move on. The three are close enough that we could do the whole thing in under three hours. Takers?

I could be all depends on scheduling and if @corvette_johnny is going to come out from behind the curtain.

I’m in depending on scheduling

@seal I think a 3 spot crawl is an awesome idea but I had another idea too. What if we did a local smoke hodown and worked through some ribs and all their different wing styles? I think they have quite a few different styles at LS. I don’t think I’m hardcore enough for a 3 BBQ spot venture lol.

@NotJrvedivici I was all amped up for the rodizio trip until the date got changed! Timing is everthing

So I tried round two of the TST ribs and they were again solid. We went with the spicy cherry bbq sauce. I also tried the bacon wrapped onion rings. They were good but not awesome. 3 for 5 dollars. For a “more complex” side dish, the smoked jalapeños at LS are killer. 5 for 7 dollars…love those things. 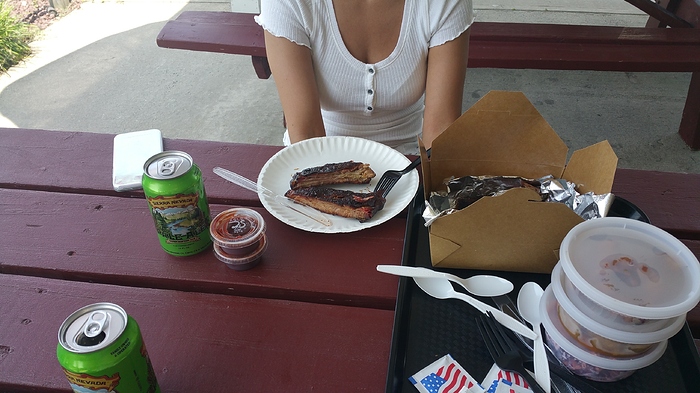 @VikingKaj I saw the post about clod and it got me thinking about this sandwich. I want to give it a try. 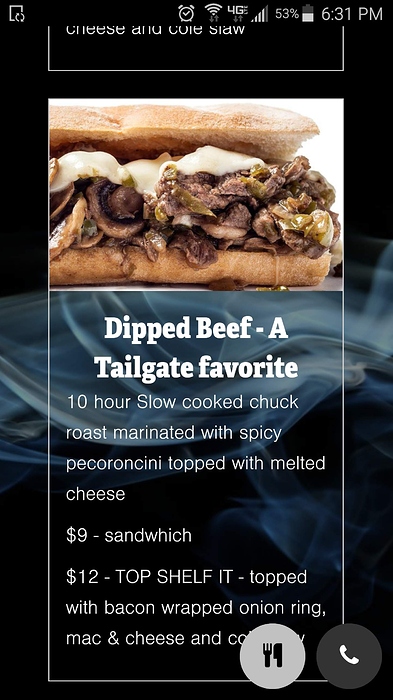