Just booting up for the new year!

Yea: Ginger Spread. The label says this is made from puréed and candied (or crystallized) ginger, and the net effect is a texture and flavor very like Robertson’s and other British brands’ ginger marmalades, of which I’m a fan. I’ve enjoyed on buttered toast, peanut butter toast, and on toast with soft goat cheese.

And another yea for the kimchi. It’s fairly mild, and also fairly chunky, but good. Works well in my favorite grilled cheese (chopped kimchi, thinly sliced crisp apple or Asian pear, and aged cheddar or Gruyère). I wish it were in a glass rather than plastic jar, though.

Has anyone seen the new scallion soy noodles yet (I’m guessing by the same folks who make the momofuku ones, A-Sha)?

That big time TJs blogger (TraderJoesList) bought them in Santa Monica a few days ago. My TJs is smaller and doesn’t seem to get everything or get what it gets quickly. I’ll be there later today or tomorrow and will check.

just saw them in the manhattan 59th st store, looked like they were selling briskly. they also had the goop knockoff, first time I’ve seen them in stock anywhere, bought one for my wife to try.

I bought those noodles at Target; I rarely toss food out but my friend and I detested.

What section of the store would those be in? I recall asking about the momofuku mail order noodles, and was told they were only meh for the price. But I’m guessing TJ’s will have the right price point for a taste.

i found them on the shelf with their “new to TJs” items. seemed like a good price point.

Thank you. I wasn’t sure if they were in the frozens, refrigerated. Sounds like a shelf stable product then?

The original non-Momofuku ones are available at Target.

The ‘real’ Momofuku’ ones were sold at a Target in Irvine, CA about six months ago. Haven’t checked back since as they were nothing special. Gonna try the TJs’ soon if I can find them.

dang, accidentally deleted my reply, yes, they are shelf stable. my favorite store bought ramen noodles are Sun noodles, as recommended by the ramen lord, mike santinover. they can be purchased at whole foods.

target on 86th has the fuku branded noodles if someone wants to do a comparison.

Thanks I’ll likely try TJs for it, as I have reason to be there, and rarely any reason to be at Target which is farther from me in any case.

Has anyone seen the new scallion soy noodles yet (I’m guessing by the same folks who make the momofuku ones, A-Sha)

Get the ones from Tseng Noodles if you want instant carb gratification in a bag.

the cheese sauce was okay, but the gnocchi themselves were rubbery and tough.

Any sightings yet of the Sky Valley Heirloom Navels in MA or NH?

A big ? to the sweet cannoli dip. It tastes nothing like cannolo filling; rather, I get more of a cheap zabaione taste.

Have been eating it with peanut butter to turn it into a Yea. 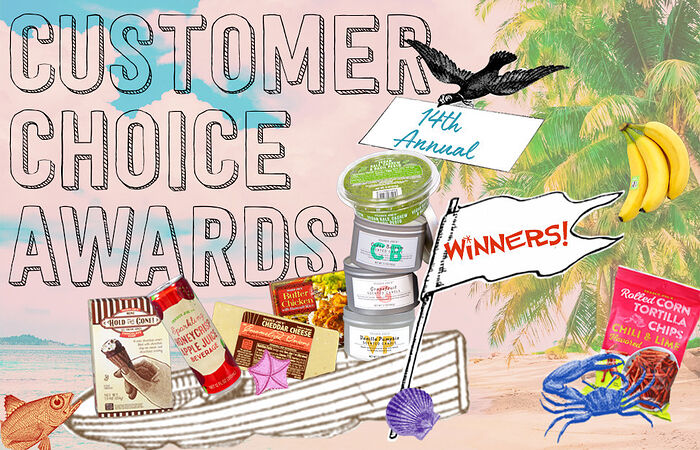 we didnt care for the orange chicken, anyone try the kung pao or teriyaki?