Has anyone been to this buffet? Looks like a great deal for 25 bucks or so. I have a friend who wants to smash some crab legs, and trying to decide between this one and the one in Eatontown.

@corvette_johnny where do you get that butter warmer? Can I borrow yours?

I’ve been a hand full of times over the years, I would say it’s far better than the Eatontown Buffet so I suggest giving this place a try. Not only does the food just seem “better” their selection is more diverse. I forget if it’s this one or the one in East Brunswick that has oysters too. Anyway, yes I suggest this.

My kids and husband go there about once a month, they like the sushi. They have crab legs at dinner (just ok), but they go more for the sushi.

I’ve been a few times. Nothing to go out of your way for, but servicable enough. Try the guy grilling meats in the back.

Thanks folks! Looks and sounds like a pretty good buffet, I am surprised to see sashimi being put out. I’ll be there rocking some crab legs tonight if anyone wants to join 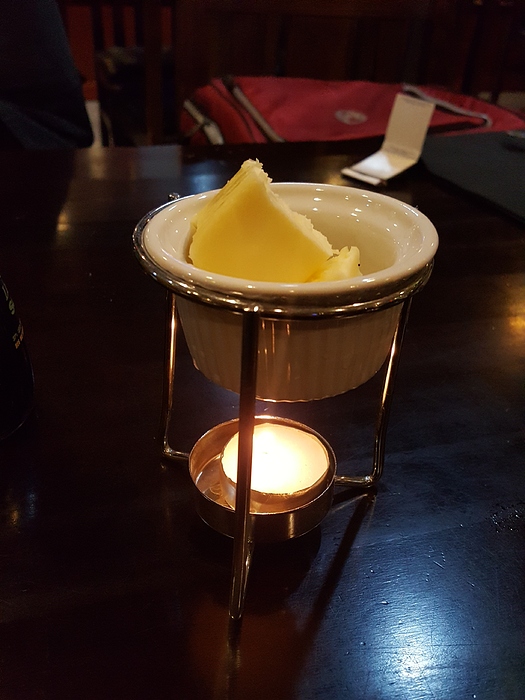 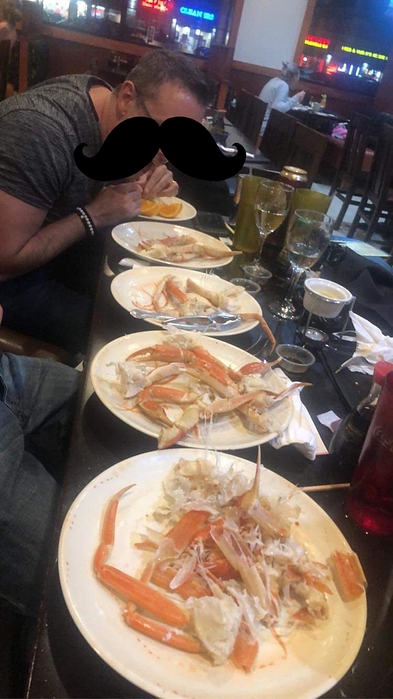 Hahahaha!!! A tribute to @corvette_johnny!!!

Well Joon besides the fresh melted butter what did you think of the place overall?

I thought it was fantastic. The place is clean, food is presented nicely, they have a good selection of different types of food - sushi, Chinese, grill station, they even had a pressed pork and pork skin terrine/pate/head cheese kind of thing, which I just fucking love. Oysters, shrimp cocktail, all you can eat crab. Sushi is not overloaded with rice, and you get access to 4 different sashimi. All that for 21-25 bucks (school night vs weekend) is really fantastic I think. With a 10% coupon it came to something like 27 bucks out the door including tip. Considering we ate and drank for nearly 3 hours I think that’s just an absurd bargain.

Sashimi quality was good for salmon and escolar. Mackerel was good as well, tuna was decent - but great for a buffet.

The butter warmer was amazing, especially toward the end of the night when it became nicely browned and clarified. My fatphobic friend who normally wouldn’t dip anything in butter even went for it. @corvette_johnny you are a legend!!

It’s better than Eatontown in almost every way, but Eatontown is cheaper and they have duck and prime rib, and also the stir fry station (all you can eat shrimp cooked to order) so I think that place is still worth going to.

Excellent glad you enjoyed!! As I said I think it’s superior to Eatontown, the food just seems fresher and better quality.

Damn dude, if you invited Bob and I we probably could have made the snow crab extinct lol.

Did I steer you wrong with the butter warmer? It completely changes the game! I’m glad to hear you had a good time. Next time give me a little notice and I’m all in.

That’s the biggest turn off to me about the crab at the Eatontown town buffet, they serve something, not butter with their crab. I think it’s the same stuff movie theaters put on the popcorn.

I agree. This is why I bring real butter and the warmer. It changes everything.

Yeah it’s pretty obviously not butter at any of these places. I can’t say I blame them… butter is expensive shit and people are wasteful with condiments at buffets.

@corvette_johnny you are basically like my Chinese buffet Moses.

You bring your own butter? I like to bring my own pepper grinder and my husband gets mad at me so I don’t

There should be a thread ‘what have you brought from home’. I’ve brought my own tomatoes, dressing, and tea before (at different times). I’m sure there’s more that I’m forgetting.

Haha yes that sounds like an epic thread! I usually bring my own scissors for crab cutting.

You do you and bring your own pepper!

I am kind of surprised by the positive review. I live nearby and my family used to go every once a while. But it went downhill gradually and I have not been back for a good while.
It does have a decent variety but I felt the quality of food just wasn’t good. The raw oyster and calm and cocktail shrimp were pretty flavorless even for AYCE standard. The sushi and sashimi are okay. So I actually enjoyed their cooked food more than the sushi.

Maybe they improved things recently… Joon’s growing review kind of make me want to give the place another shot.

Thank you sir! I will take that title any day.

Jr, that would be a hilarious thread to start. I might know just the guy to do it

We might just have differing standards - I love buffets in general, even the really shitty ones, as long as there are 1 or 2 things I can eat that are good value.

For shrimp cocktail, usually you’ll see peel and eat at buffets, this one wasn’t as flavorful as those but I liked that they were peeled so you can just eat them. They also had like 4 other shrimp options most of which were pretty good. I mean yes, the sushi and sashimi aren’t great, they are crappy compared to a real restaurant in general. Actually the salmon was perfectly fine - I imagine salmon has a pretty high floor on how bad it can be. You’re right that the oysters weren’t particularly good, but the fact that it exists is good enough for me.

Add AYCE crab legs and tolerable galbi style short ribs and some other well done items - like black bean style clams, some fish items, squid and what not, I really think it’s some of the best 20-25$ you can spend at a restaurant. If your goal is to eat large quantities of mediocre protein.

Exactly, when talking buffet’s there is a curve applied when it comes to quality. You aren’t judging any buffet, outside Oyster Point Brunch or The Manor Friday Seafood Buffet, on the same grading scale as a sit down restaurant. With that said, I think Tokyo given the competition in Monmouth County does stand above the rest, particularly Eatontown. (which by the way I do enjoy their peel and eat shrimp better than Tokyo, but that’s about all I prefer between the two)

You expressed my feelings as well, the food is mediocre Chinese food. The sushi selection(s) offered are superior than most, the raw bar is really unheard of, and they have the crab legs. This goes on par with the Tapa…whatever in East Brunswick. Those are the two best Chinese Buffets in you ask me. The rest are on a level lower than these two.

Just out of curiosity Joon have you ever been to Golden Coral? If so thoughts?