Let’s face it. Whether at home or away, whether rib eye, porterhouse, strip, skirt, flank, cowboy, cowgirl, rump, round, filet, sirloin, chicken fried or even venison, we all love steak.

This thread is about the best steaks in the garden state.

I’ll get it started. I’m doing a 4 ½ lb sirloin tonight on the grill: 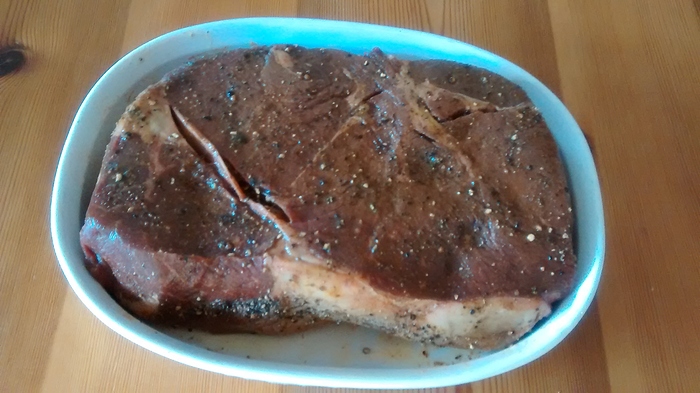 Seasoned up with a wet rub of Lawry’s, Worcestershire, cracked black pepper and EVO. 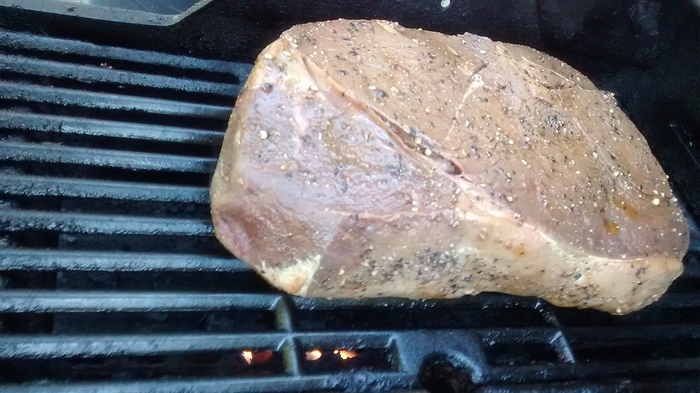 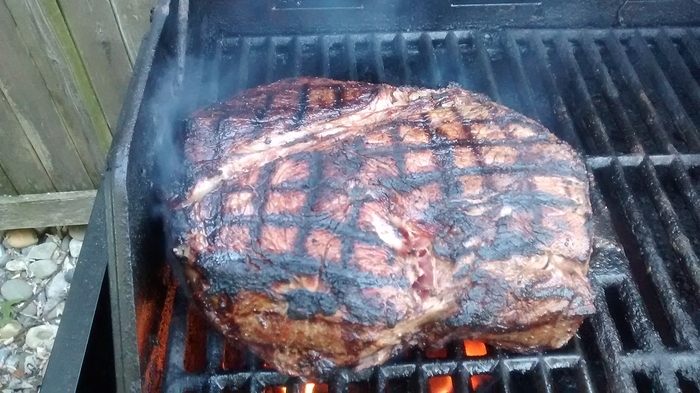 It’s was a perfect rare with warm center all through: 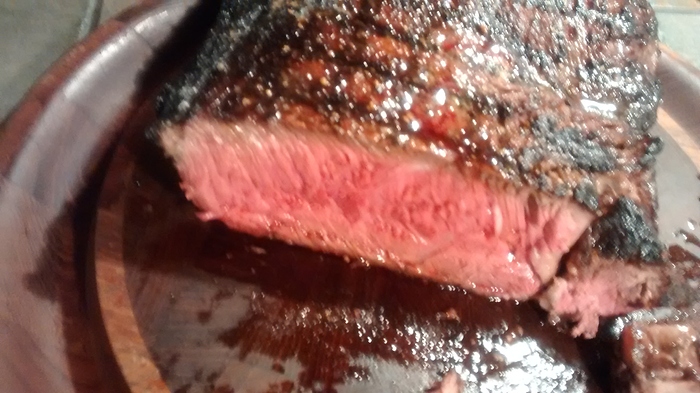 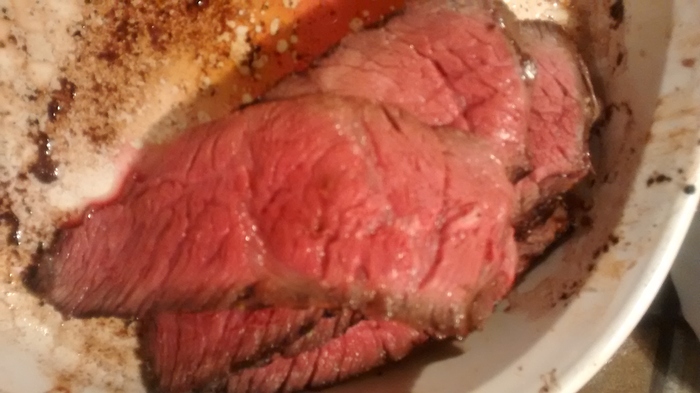 With paprika fried potatoes, fried puffball mushrooms from the yard, and zucchini all forno: 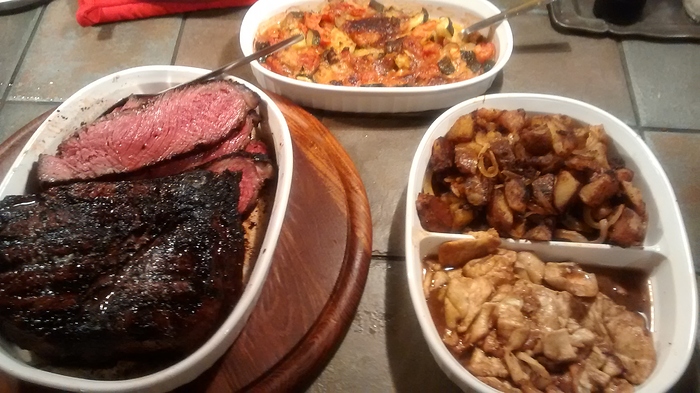 Ahhhhhhh vk …I can make some recommendations.

I’m always up for chasing a little skirt…

It’s when I catch em that the problems start !

Wait… I can eat those puffball mushrooms in my yard? I’ve got a bunch!

And here I was thinking maybe they were “magic” mushrooms.

Might as well call this the “Big Ole Notjr Thread”…funny last night I had this little darling at the Ruth’s Chris in Plainsboro/Princeton area (rt. 1) after an appointment. Strip on the bone, perfect medium for me, creamed spinach and bernaise on the side. Not pictured was the shrimp cocktail and wedge salad for apps.

While Ruth’s Chris is obviously a very well known and respected high end steak house chain, I find them about the least favorable of the big boys. For example I was at the Ruth’s Chris at Mohegan Sun in the Pocono’s two weeks ago they has oysters on the half shell, the strip on the bone was served sliced off the bone and they had hot horseradish to accompany the oysters (and shrimp). Now last night I’m at the Plainsboro / Princeton location…no oysters, strip served un-sliced and no hot horseradish. I have found this lack of conformity to be a very bad habit of Ruth’s Chris. Some locations like the Washington DC were simply HORRIBLE…so while I still go if they are the only game in the area they are my least favorite of the prime/aged style steakhouses. Meal last night was good, very good, but still disappointing because I had my hopes up for some oysters.

FYI after going astray from my self imposed carb restricted diet the past couple of months, I’ve started to put some weight back on and am overall pissed off with my over-all eating habits so I’ve been trying to curtail my carb consumption again. I’ve been eating what would technically be considered a “shit ton” of steak, so trust me this will be turning into the NotJr thread over time.

For purchasing steak for home consumption I’ve been a long time fan of Foodtown in Red Bank butcher. They are selling CAB , not prime nor aged, but I’ve always been very happy with their very large cuts of beef. They know how to charge for it, per lbs. they are charging as much if not more than Wegmans is for their prime aged. I was recently turned onto Wegmans, although it’s a bit of a ride from home, I was surprised to find they do sell prime aged steaks. The problem with Wegmans is they seem to be pre-cut and on the “smallish” side for my desire a strip is probably 10-12 oz. (yes I buy two for myself). I don’t know if they will custom cut if you request, I haven’t asked yet…but they are very good.

I know some people have given some suggestions for butchers in Red Bank which I"m going to be checking out soon, I really want to start cooking more prime aged at home, especially now that winter is coming and I’m going to be switching from the grill to my new cast iron pan!! (never had one before…I see a strip or rib eye with some olive oil, butter, garlic and rosemary in my future!!!)

My favorite NJ Steakhouse locations are; (in no particular order) 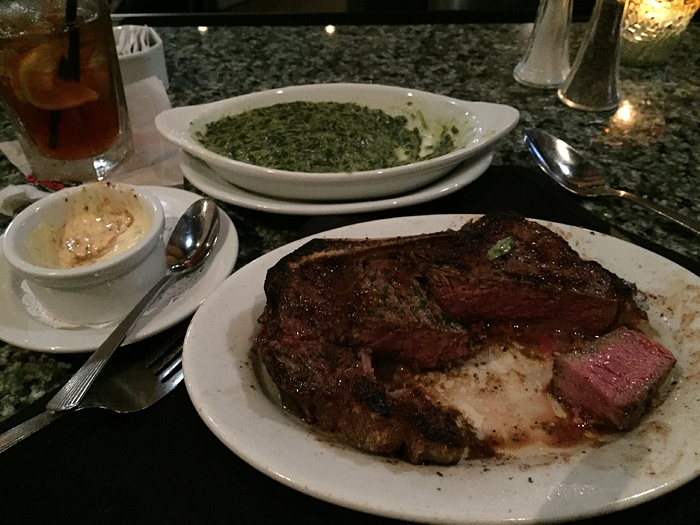 I know we said NJ, but do you still like Ben & Jacks in the City?

And that looks delishus !!!

Wait… I can eat those puffball mushrooms in my yard? I’ve got a bunch! 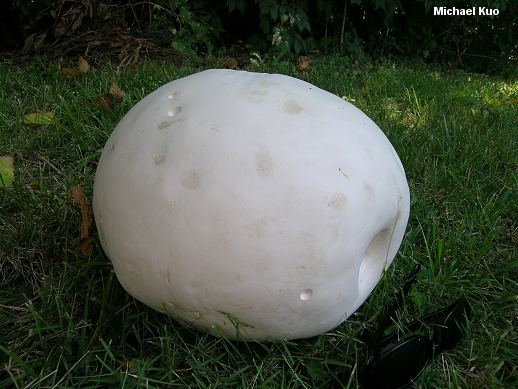 They take a lot of butter and cook down a lot when you fry them, but they are delicious.

While I have had a very long love affair with Ben and Jacks I have to say their sister/brother/red headed step son, Empire Steakhouse, specifically the E. 50th location has stolen my heart. As you have pointed out the thread was specifically NJ so I kept my response on topic, however Empire would top my list of all time favorites, including Luger. Over the years I’ve gotten over the “you are lucky to be eating here” attitude they have there. Well that and the fact they returned my Peter Luger credit card application torn up into little pieces in the mail to me has turned me off of the place. (no joke, but long story like so many aspects of my life)

In accordance with my vow to single handily dominate this thread I offer you tonight steak du jour;

Steak was very good ordered medium rare per my guests request was more rare than I prefer. Sides were very good as was the seafood platter, steak was no bargain at $100. However it came with the 4 sides so that helps offset the high price of the steak. The seafood platter was $48 for 2 so $24pp and was well worth it.

Given the lack of competition in the area I can’t fault this, I won’t go out of my way to go back for this but if the area on biz again I wouldn’t hesitate to order again.

Side note some bizarre drama between male bartender and drunk female patron, thankfully they didn’t have the gong show caliber singer tonight. 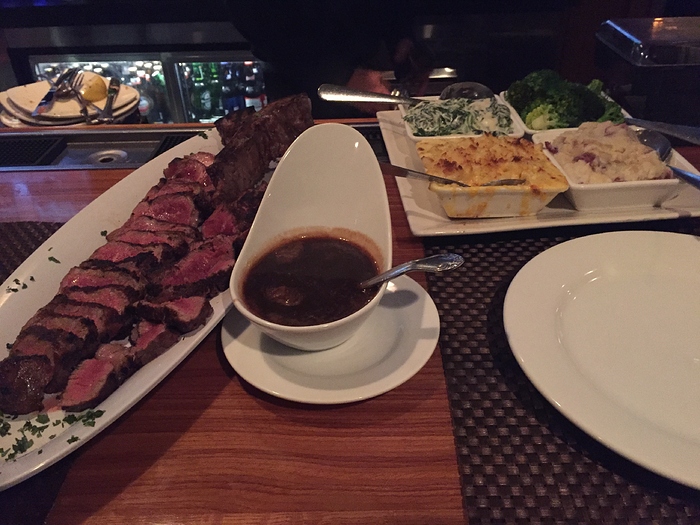 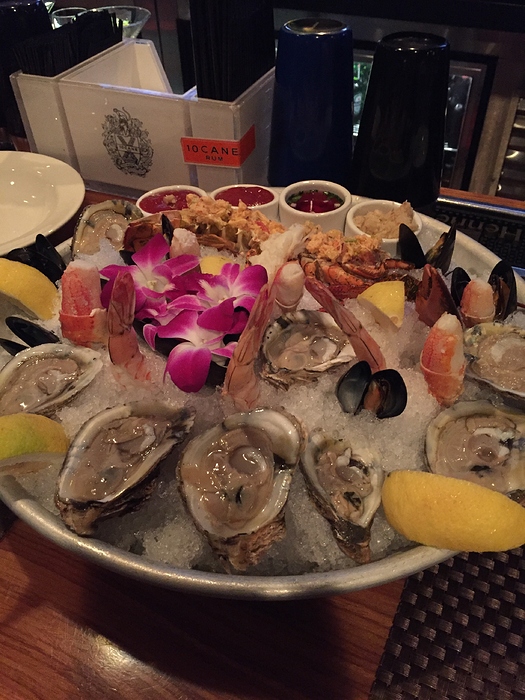 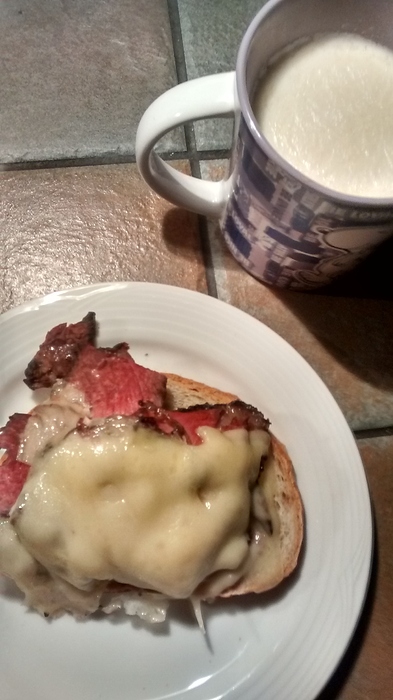 steak was no bargain at $100. However it came with the 4 sides so that helps offset the high price of the steak.

Most of the places (Shipwreck, Dannys, Neil Michaels, Prime 13, Char) in our area are running $85-95 for porterhouse or tomahawks for two without sides.

So $99 with four sides actually seems right in the wheelhouse for our area.

I thought it looked good too, I’d be tempted to give it a shot.

Especially since service and quality at char, dannys, shipwreck etc all famously suck.

The best skirt steak is at The City Tavern in Elizabeth. Get it Con Cinco Estrellas. It is quite simply, the best. The most overrated steak is from Roots. Choice at prime prices. The best is Wolfgang’s in Somerville, followed by The Strip House in Livingston. I know this because my wife agrees with me. Honorable mention, Rod’s in Convent Station and Edward’s in Jersey City. Oh, and butcher would be John’s in Scotch Plains. Them’s the facts.

While I have had a very long love affair with Ben and Jacks I have to say their sister/brother/red headed step son, Empire Steakhouse, specifically the E. 50th location has stolen my heart.

I too like Ben and Jacks, and also the Benjamin on the east side near grand central.

But I am always on the lookout for the new, and am looking forward to trying Empire.

Luger IMO is vastly overrated unless you go for lunch. Somehow the sad décor seems better in the daylight, the crowd is less pretentious, and I am a big fan of the burger and the prime ribs which are only available at lunch. As far as the whole dry aged steak for two spiel with tomatoes, bacon, and creamed spinach, it seems there are so many clones out there such that I don’t see the mystique anymore.

I am still a fan of the huge lamb (mutton?) chop at Keens, and their sides are good too.

Btw, the daughter and I recently had dinner at St Anselm in Brooklyn, which I can highly recommend. The décor is a little gritty, but the steak is really good, and the crowd is not snotty. The also specialize in unusual cuts like onglet and skirt steak, which is nice to see.

I know this because my wife agrees with me.

That my friend is one of the best reasons for holding an opinion, bar none.

And one of the safest !

Ahhhhhhh vk …I can make some recommendations.

The American Hotel Freehold had skirt steak on special last night. The porterhouse was pretty good so I would say it’s worth a try, sorry I didn’t take note as to the price.

I accept the challenge and will get on on here for you ASAP boss!!! (although it might take about a week before I’m at a place worthy)