Now, OK, you might think that M & S has won this already as they had British grass a few weeks back but that was grown in polytunnels.

The real race is for the first outdoor stuff to reach the shops. According to today’s Guardian, it looks like Tesco will win and will have it in the shops before the weekend. Apparently a new early strain, Jubilee, is being grown for them in Herefordshire. Sainsbury looks like being a close second and will have product in shops within the week. The paper reports Sainsbury saying that all their stocks will be British by the end of the month. Which is more than Waitrose could claim last year when, at the height of our season, it had nothing but Peruvian grass in our local supermarket.

Not in England, but glad to know I’m not the only one with my eye on the local farmstandsfor asparagus this time of year. Haven’t seen anything right close by, but might be time for a ride. The second they’re harvested I will be first in line!

It’s available everywhere this week but I’m waiting to get it it from the farm near my house (15mins by bicycle to the next village). They say it will be available at the farm shop in “mid April”. They say this every year and it’s true. 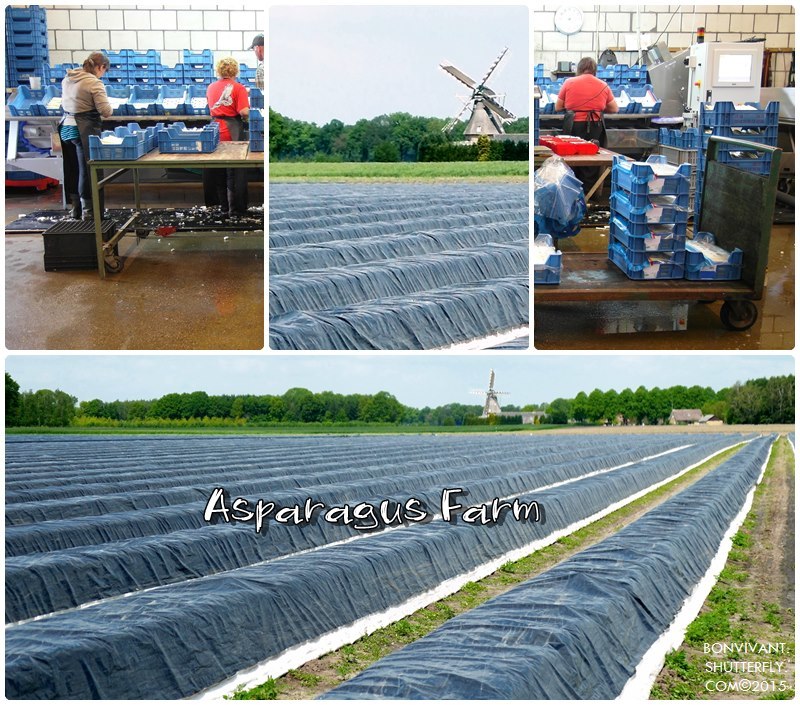 Thanks for the reminder to start checking. I look forward to this every year having banished Peruvian from the dinner table a few years ago. The few times I popped into Waitrose in London last year was dire on the English front as well, and then I had the same problem with English sweetcorn later into the summer.

By the by, the peculiar addition of “UK, Ireland” to the thread title is not my doing. Having posted the thread to the UK/Ireland board, it’s irrelevent.

I’m in New England, and we’ll have to wait for local asparagus for another month, if we’re lucky.

Luckily my parents are coming down from Ipswich to stay with us at the end of the month, so the timing is just right for me to charge them one bunch of Suffolk asparagus as the price of admission. There’s a farm on the road to Snape/Aldeburgh that produces as good as I’ve ever had.

There’s a farm on the road to Snape/Aldeburgh that produces as good as I’ve ever had.

I think the best I’ve had was from a farm shop, in a wooden hut, on the main road through the Vale of Evesham. The guy said that we were about 7 - 10 days too early for the real glut of the stuff, when you could walk away with a boxful for next to nothing. We bought a couple of bunches that had been cut that morning and it was in the steamer within a couple of hours. Pretty much perfect.

Reminds me of Simon Hopkinson’s bit in Roast Chicken and Other stories (I think?) where he talks about taking his primus stove down the garden so they can go from soil to steamer in an instant!

Nothing but Peruvian in our local Waitrose last year too. Very poor showing.

Oo which farm is that? My parents are based around there too!

I think it is Valley Farm on the Aldeburgh Road next to the Church which marks the turn off to Snape Maltings. I’ll try and confirm with my parents.

OK. So where’s the fecking asparagus.

I go out of the country for a while. Come back today expecting there to be loads of English stuff in Sainsburys. Not a jot. It’s all still Peruvian or Italian.

We got some yesterday from our local farmers’ market type shop. First I have seen this year. So late…

I know times have changed with these newer varieties, but apparently St Georges Day traditionally marked the beginning of the season, so it’s not all lost yet.

Picked up some on Saturday from Natoora in Bermondsey. I was expecting to need a loan based on their usual pricing but this was pretty much what you’d pay in the supermarkets.

Had some on the 15th whilst dining out - Naughty Piglets in Brixton seemed to know where to find the elusive stuff.

My local farmer just opened yesterday, selling local asparagus and nothing else. Finally!

STOP PRESS: Tragically, the farm near Snape has been sold recently and has stopped selling tot he public. Damn!!!

Tesco today had a proud sign for Jubilee British asparagus, but the pallet was a mixture of Peruvian and Italian.
Managed to find some English the other day, but it was just the tips.

Sainsbury’s normally been pretty good in the past, a few weeks in and they have a glut of it and it goes on offer.

Good job I took a detour whilst out of London on the bank holiday to pick some up from a Farm, it’s not looking good otherwise.

What are the characteristics of asparagus in the UK? Thick or thin? Green or violet or white? Where I live in Italy it is generally either quite thin or thick + violet. I’ve never seen locally grown white asparagus in Italy but it might exist somewhere.

What do you generally do with asparagus in the UK? In Italy, I like to serve it with hard-boiled eggs.