Not my typical steakhouse destination, but I was in the area and it was dinner time. This for those of you who don’t know is a direct competitor of Outback, same price range, same target audience people looking for a decent steak(s) at reasonable prices. The do this very well.

I’m not going to go into my normal review of all the nuances of the experience however I ordered a 24 oz porterhouse for $26.95 which came with 2 sides (house salad and mixed veggies). The steak was fine…it’s size was accurate and it was a decent steak. No complaints, the salad was actually a very decent size.

Daughter had grilled shrimp over rice and wife had pulled pork, perhaps the highlight of the meal. Not only was it very good, it was a very ample serving, again with two sides and only $9.95!!

Tuesday happened to be family night, face painting and free ice cream bar for kids. Also free peel your own peanuts on each table. I would say a notch less “formal” than Outback, but a notch better with value.

As a family destination, I guess it is ok. Reasonable prices and all. The Roadhouse they opened here in New Rochelle, N.Y. is often teaming with children running around indiscriminately. I prefer a quieter location for a steak…

It was similar like that on Tuesday, however I attributed that to it being “Family Night”. I’m not familiar enough to judge it fairly on most nights, it’s certainly not a place to take a date if your looking to impress them, but if your looking for a decent meal priced right, I can’t argue with it.

It’s not just kids running around–it’s that every once in a while, the servers all get together and line dance to loud music.

it’s that every once in a while, the servers all get together and line dance to loud music.

Wow, we have one here in suburban Philly. I’ve never been curious enough to try it, but now I have a reason to actively avoid it

We are going to one in Danbury tonight with friends who suggested it. Glad it was ok!!

We’ve never dined in but that pulled pork entree I have ordered for parties. Big timesaver that feeds a group at a price I cant match anywhere else.

Only been to the Holmdel location once. I live down the street but if I had to choose a chain steakhouse, would prefer to drive to the Texas Roadhouse in Parlin. Last I was at the Holmdel one, they were so incredibly pushy with drinks that it bordered on harassment. It was so bad I entirely forgot about the food. But you’re right, they are usually a good value with decent quality.

As an ironic aside, my family plans on going to Outback in Middletown tonight. None of us are big fans but we have a gift card and should probably use it soon. The gift card is good for four different restaurants, several of which have gone out of business in this area (ex: Bonefish Grill).

At this level you have Outback, Texas Roadhouse and Longhorn. I put the first two as equals in Kwality with Longhorn slightly behind.

Last time I went to a Longhorn was in Woodbridge. Maybe 3 or 4 years ago. There wasn’t enough there to get me to ever return to one of their locations.

We went to the one near us last night, so not in Joisey! It looked like the Outback and felt like the Outback. We did call ahead seating and only waited about 5 minutes, despite the large crowd. The place was so noisy! They walked us to the table with rolls and butter. Those rolls were good! Hot and buttery, and the butter had a hint of cinnamon, which made the bread taste more like dessert. They were constantly trying to up-sell. DH ordered a tequila sort of martini and they said for$2 more we’ll make it a double. Smallest double I’ve ever seen. Same with the wine, though larger, but my friend and I shared a bottle. Food was ok - I had an end cut of prime rib that had no crust on it. Flavor was ok. The meat felt more braised or steamed than roasted. The others all had steaks. Mushrooms and onions were offered as if they were free, which they were not. We all got salads but I didn’t take mine when I saw all the egg on top (Yes, I hate eggs). Anyway, bottom line is, it was not expensive, but I won’t go back. Crossed off the list…well, it was never on the list until my friends wanted to go!

I tried the one in Parlin twice about 6 years ago. I’m not hard to please and don’t have high expectations for chains. Longhorn and Outback I’ve always found to be satisfactory. I didn’t even mind Sizzler back in the day. But I thought the food at TR was pretty lousy both times and wrote them off. One recently opened in Bergen County near where my parents live. I got invited to lunch and figured I’d play it safe and order a burger. Even that wasn’t very good. By comparison, I’ve had very good burgers at Longhorn. I just can’t take to this place.

27 bucks for a 24oz porter with 2 sides is an unbelievable bargain. Wow.

27 bucks for a 24oz porter with 2 sides is an unbelievable bargain. Wow 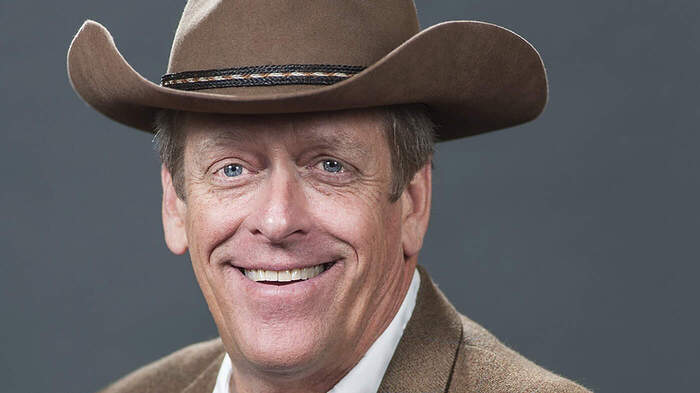 Taylor, who gave up his salary last year to support front-line restaurant workers, is being remembered as a "people-first leader." He died by suicide last week at age 65.

Very sad. He really wanted to help his team, by donating his salary during the pandemic. Nobody is immune, it seems.

For those of us who are not as discerning about steaks, TR is a pretty good deal. I prefer the 6-ounce sirloin, which is just about the right size for me. But pretty much everyone else here’s mileage varies on that.

I agree- obviously not top of the market- like a Luger, etc- but a reasonably good cut of meat at a decent price. I find it much better than the other steak chains locally. They were running some really good family meal plans over last year or so and were doing a very good job of keeping safe practices when I did car side pickup there. The rolls with honey butter and also quite addictive.
Sad to hear, seemed to be one of the few CEO’s really looking out for his every day people. Hopefully we can get enough people vaccinated to where we can start to see a “normalcy” returning one day soon and won’t have stories like this anymore.

I think I would, have done better with the steak. I had the prime rib and didn’t like it or how pushy the server was. I’m all for a deal on a steak. I used to like Outback. I would never compare TR or Outback to Peter Luger.