As Souperman and others have discussed on Chowhound and on SF Gate, the Inner Richmond now has a Jiangnan-style restaurant. Jiangnan refers to the area south of the Yangtze River, and the cuisine is usually lumped together under Shanghainese label. There has been a general decline in Shanghainese restaurants in the Bay Area, so it’s good to see the emergence of a restaurant with both good food and a focus that distinguishes itself from all-purpose Shanghainese restaurants. An appetizer of fried buns is a must-order. The outsides had some marshmallow-y flavors and they paired well with the dip of sweetened condensed milk. The server assured me the “steamed bean curd roll” was a form of tofu, but the texture and taste were a dead ringer for wheat gluten. Frozen tofu becomes a bit gluten-like, but I’m pretty sure this was gluten. Whatever it was, this was a quality starter and the only local rival I can think of in terms of freshness and uniform structure is Jai Yun’s gluten. The braised pork belly was delicious. The intense sauce could coat the back of a spoon, and avoided being too sweet. We tried the tomato and egg noodle dish, and found the noodles soggy. As an alternative, I hope to soon try Gourmet Noodle House, a Shanghai-style noodle place Melanie Wong recently noticed on Geary.

The Wuxi-style won ton soup is my fave soup - although I have yet to taste the Wuxi-style tofu soup. My other faves: steamed shredded cabbage and pork, steamed eggs with salted egg yolk.

In what’s probably the best braised meat deal in town, I had their “hand grabbed” pork bone the other day. For $4.95, you get a whole pig bone that’s cleaved in two and served with two gloves to maximize gnawing potential. Lots of tender meat clung to the bone, even some silky pieces of tendon. The braising liquid, in which the meat is braised for one hour, is balanced more toward savory and sweet and I couldn’t taste any particular spices. These, combined with some ribs from Wing Lee, would make for a great carnivore picnic-date in Golden Gate Park. Maybe not a first date. 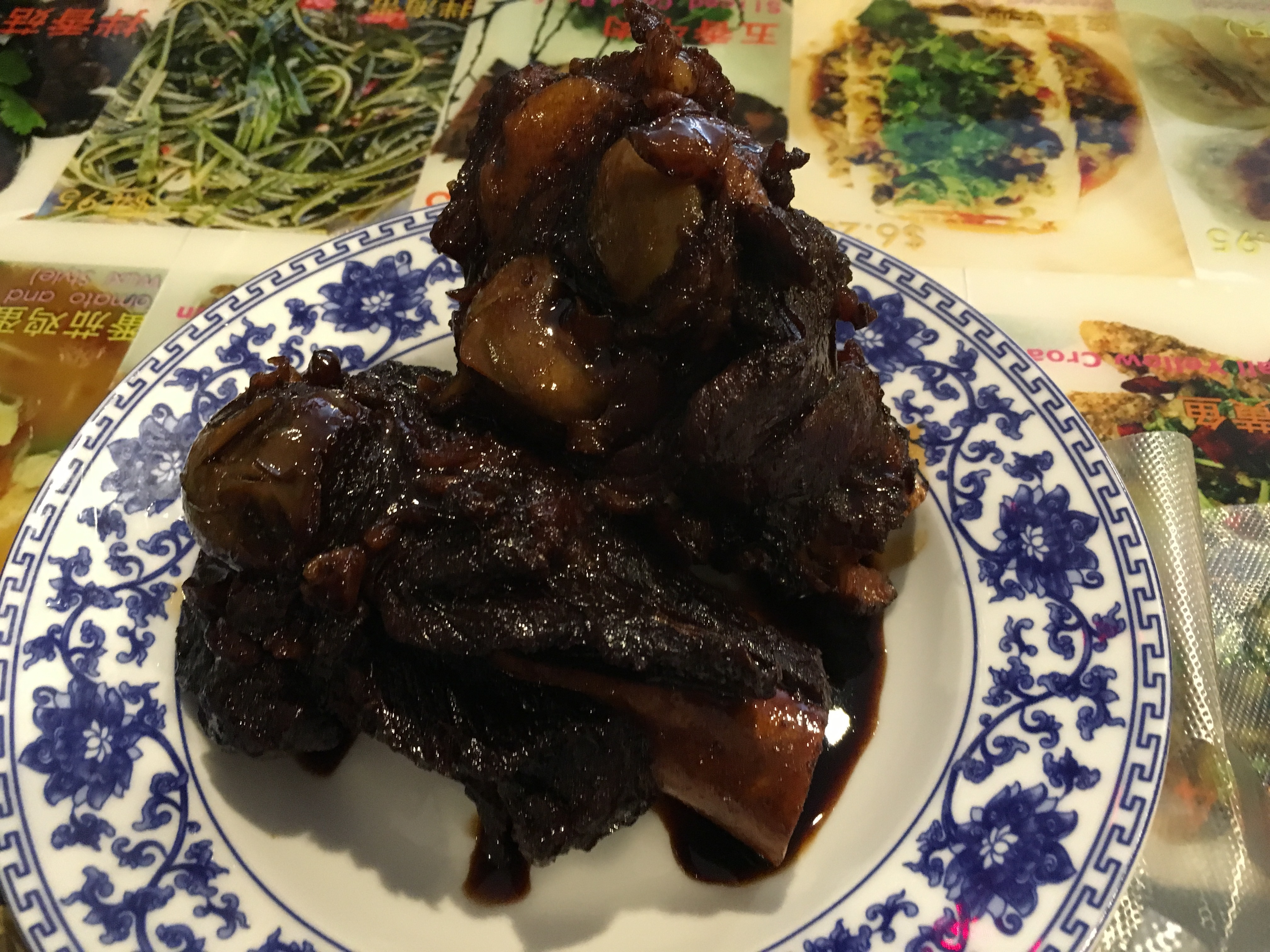 I felt the need to get out and celebrate the two-month birthday of my new titanium hip joint, so I finally made the effort to persuade a couple of my skeptical in-house Wuxi cuisine know-it-alls (my wife and her daughter) to vet some of the dishes there. I had only been to Taste of Jiangnan a couple of times solo to check out the Wuxi-style wontons and a noodle soup, but those plus the photos posted by hyerbowler above convinced me there was something real there. It might have something to do with the fact that Taste of Jiangnan’s chef hails from Ju Ju’s ancestral village in Wuxi (and her own cooking is heavily informed by Wuxi style), but she and hew daughter were wowed by the experience.

The eggplant dish was as good (if not as spicy) as any Sichuanese version of this dish I’ve had, slightly sweeter and more multi-dimensional.

From its Chinese name and appearance, I expected the “traditional tofu” so to be something fiery like doufu nao, but it was far subtler, with the freshness of the creamy tofu really coming through.

The Wuxi-style spare ribs were up to this dish’s fame (it’s all but synymous with Wuxi). It’s really a local version of “sweet and sour pork” wth the sweetness provided by rock sugar and the sour from Zhenjiang vingegar. My wife found it even better than her own version, a rare admission.

The whole steamed yellowfish (a. k. a. Yellow Croaker) is another sweet-and-sour dish, with a lighter sauce. They also offer a sea bass version of the dish, which you might consider ordering if you have the Gueilao Fear of Fish Bones (as I do). Overall, though, it was worth picking out the few stray tiny bones.

The Fermented Glutenous Rice Soup is a favorite dessert of my wife’s. I declined, not liking its sweetness (or the sweetness of almost any dessert) but noticed theat the two women finihed it off with alacrity. 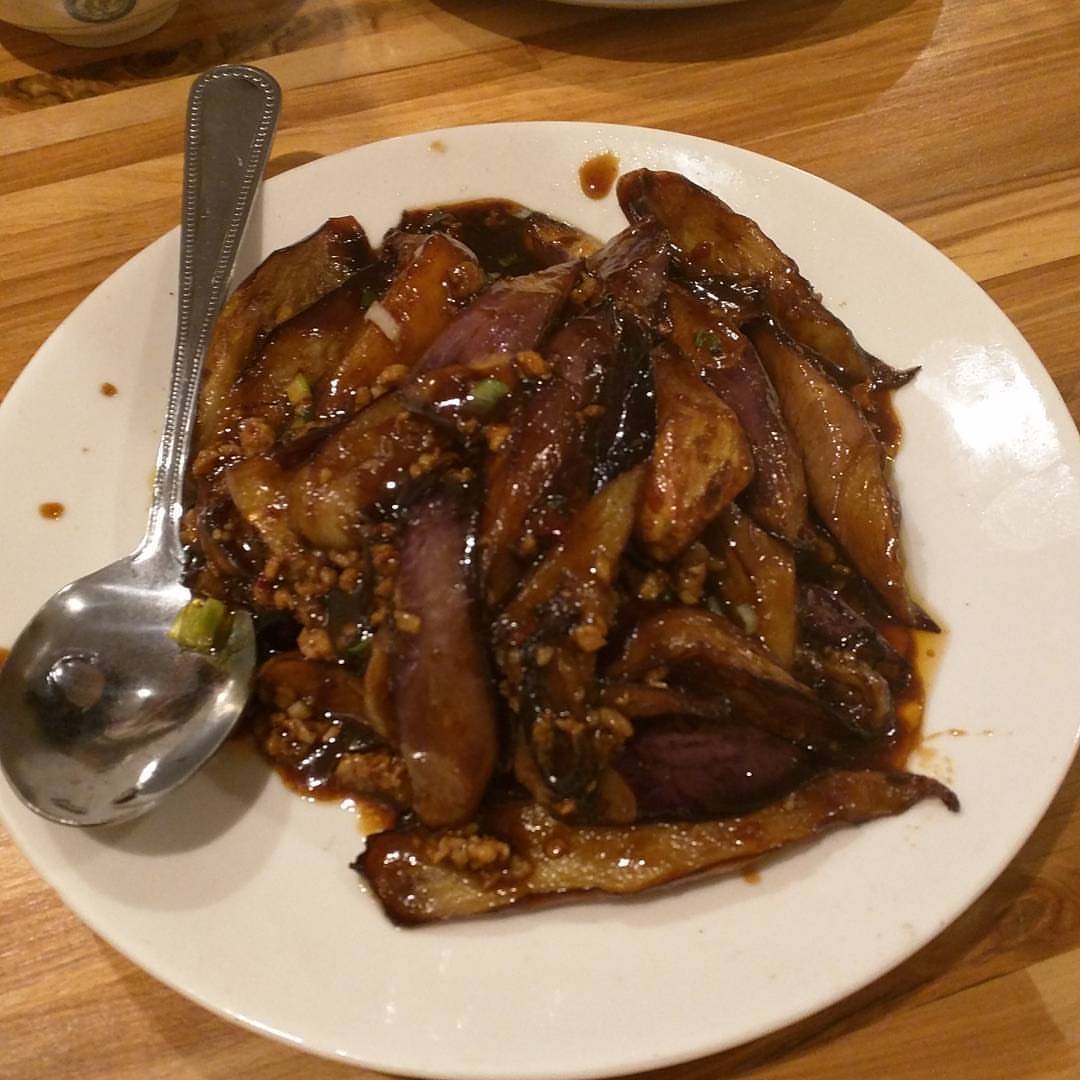 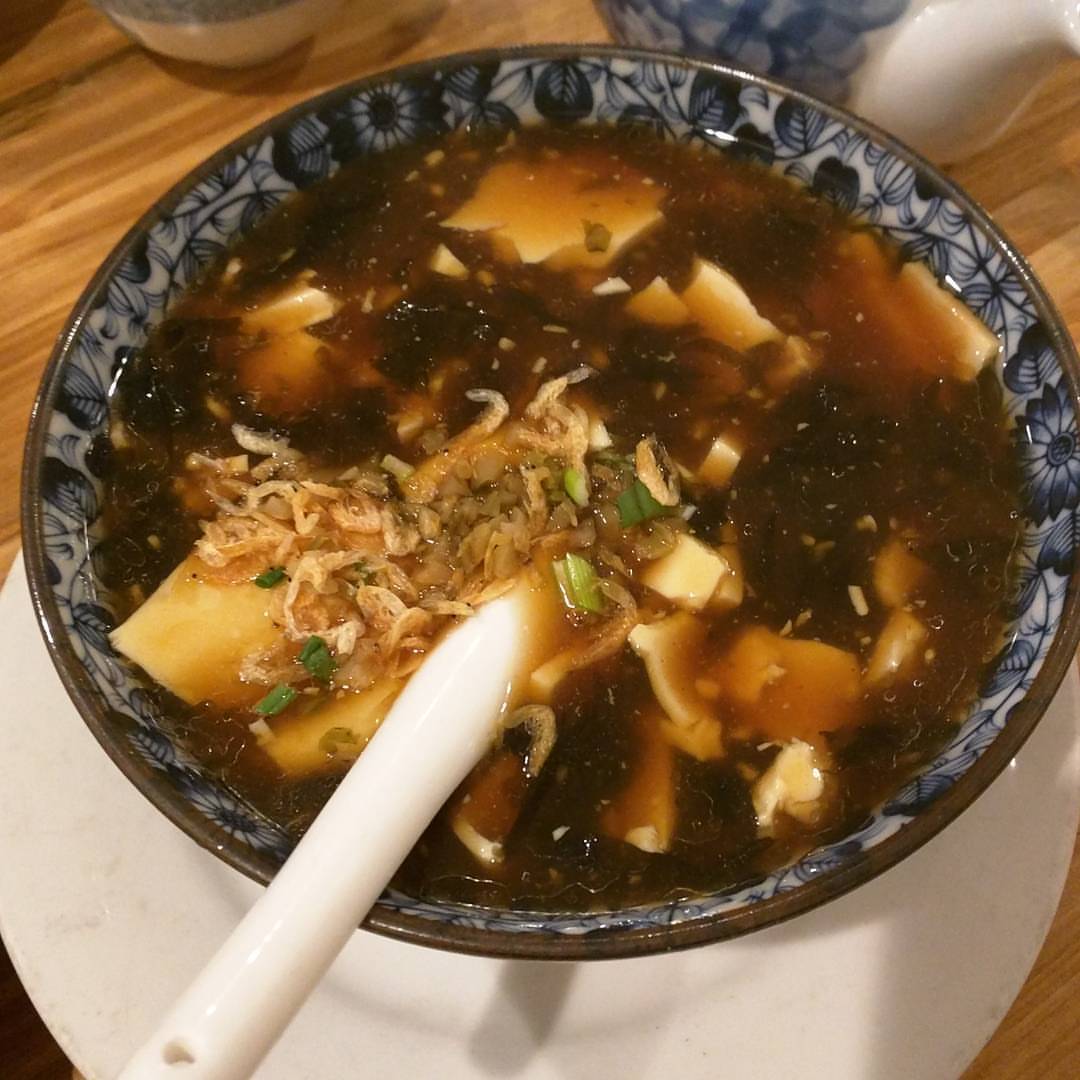 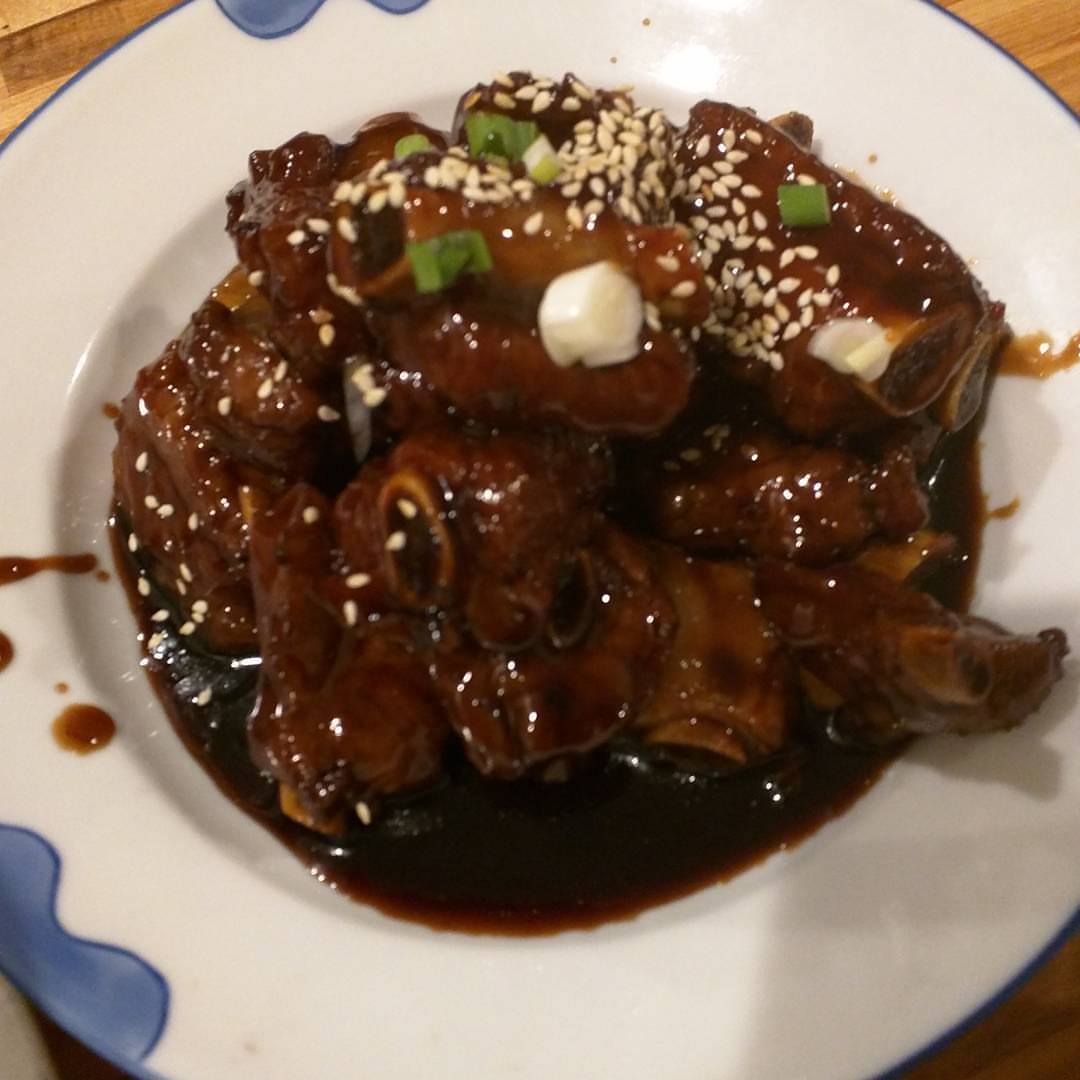 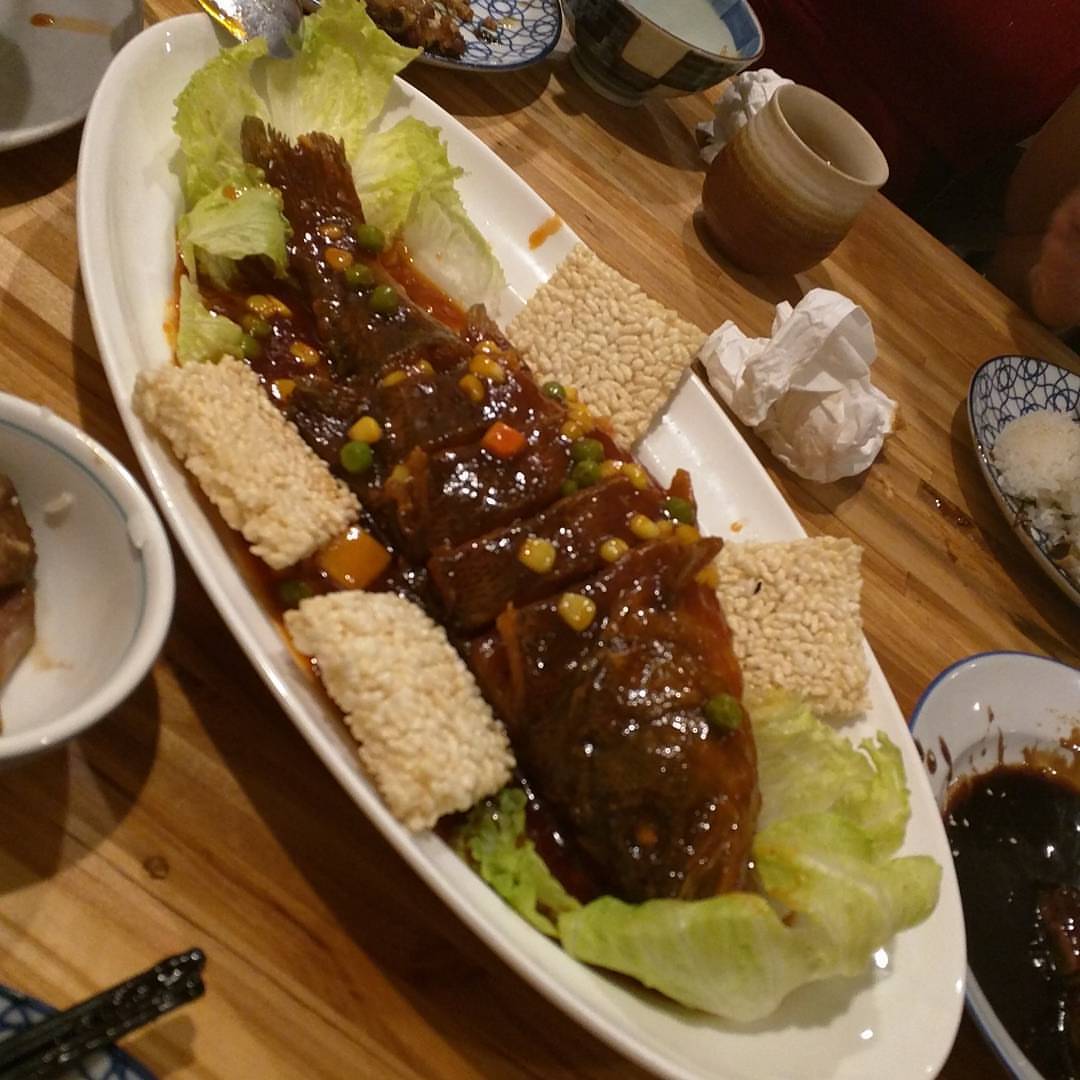 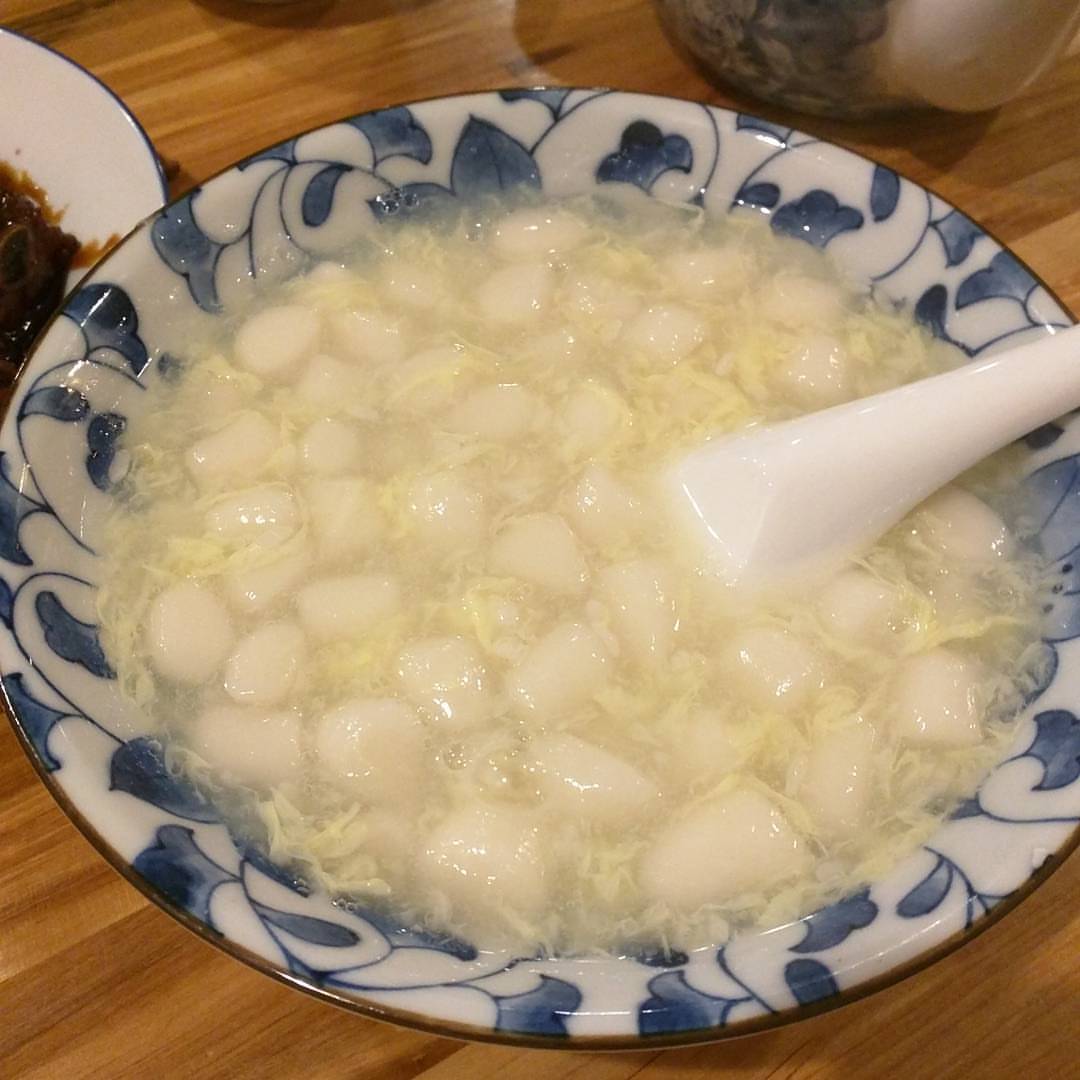 Congratulations on the recovery and a great meal!

Anyone have their upstairs dim sum menu? 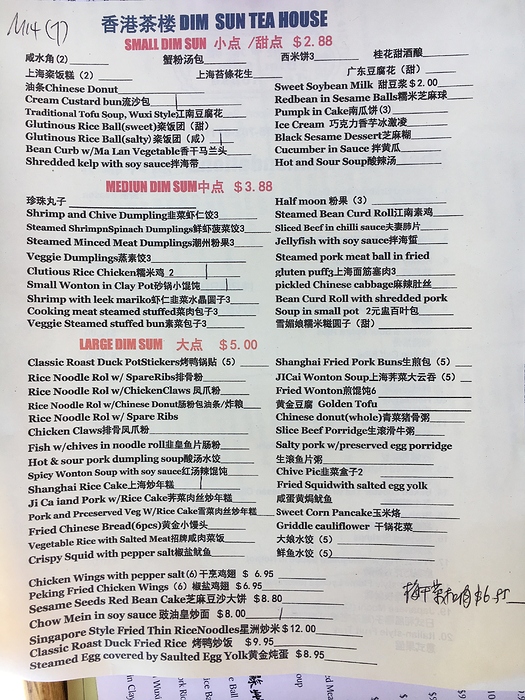 This is from February. 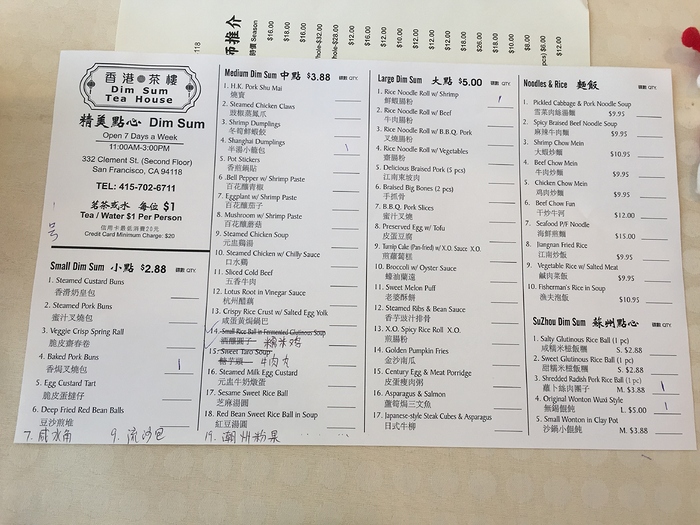