Back when it first opened, Nick’s Seafood set the bar where al fresco dining is concerned in Sydney. Owner, Nick Manettas, whose grandfather came over to Sydney from Kastellorizo, Greece, opened Nick’s Seafood at Cockle Bay Wharf, Darling Harbour, back in 1998. His was the first restaurant to open at the-then newly-developed city centre dining precinct and, after 21 years, remained the most popular one. 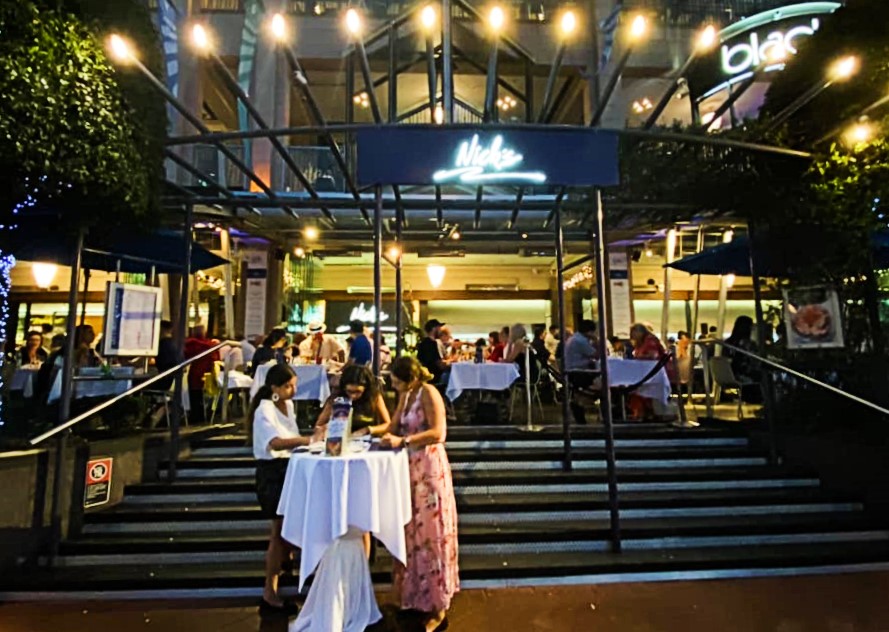 We were back there again last Friday. One tip - book ahead, even if the gargantuan restaurant seats close to 500 people. There is a permanent queue to get in, and the most desirable tables on its harbourfront al fresco deck, with expansive views of Darling Harbour, are almost permanently filled unless one requested for it during booking. 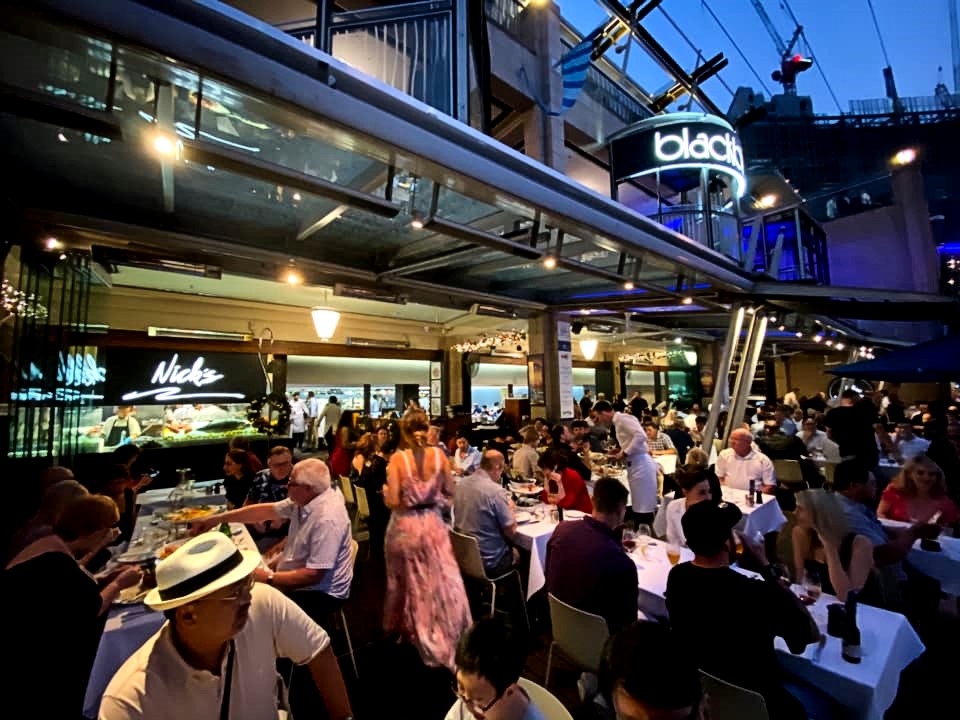 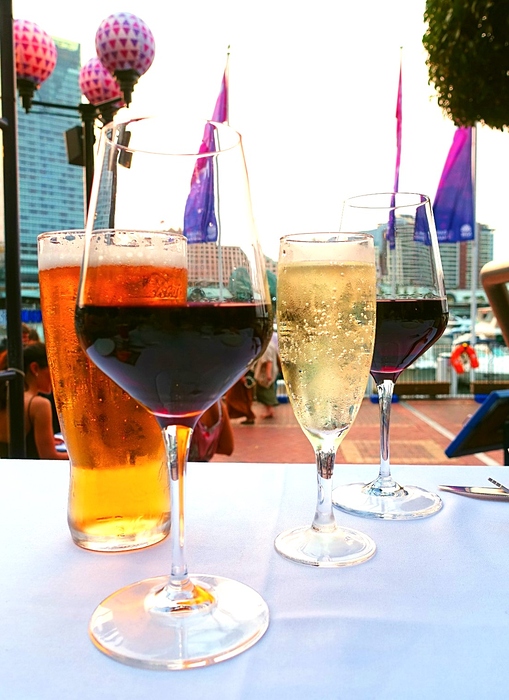 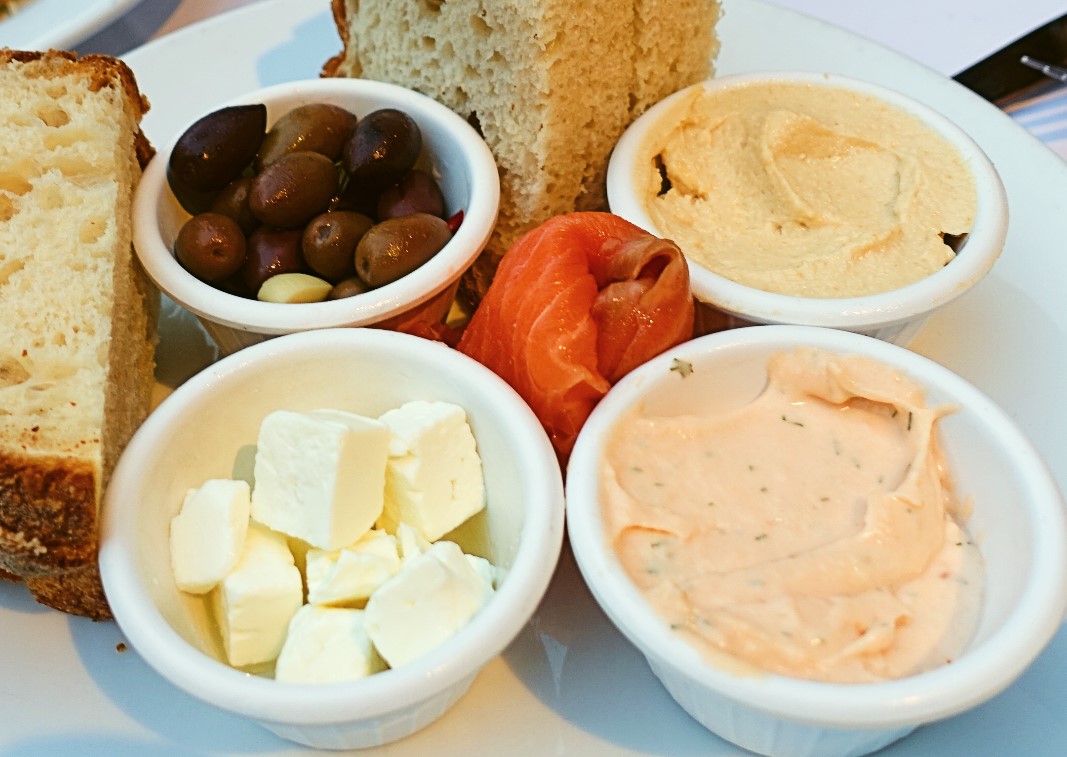 Sydney rock oysters - these were amazingly plump. Absolutely love them!

Nick’s signature seafood chowder - creamiest chowder this side of the globe!! 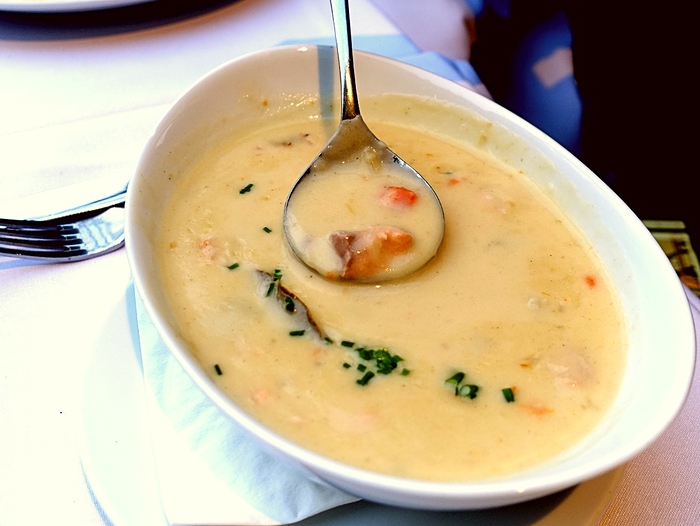 Crab ravioli with wilted spinach and Pernod cream - above-average rendition of a standard trattoria fare. Nick’s kitchen seem to do a very competent job of churning out these staples. 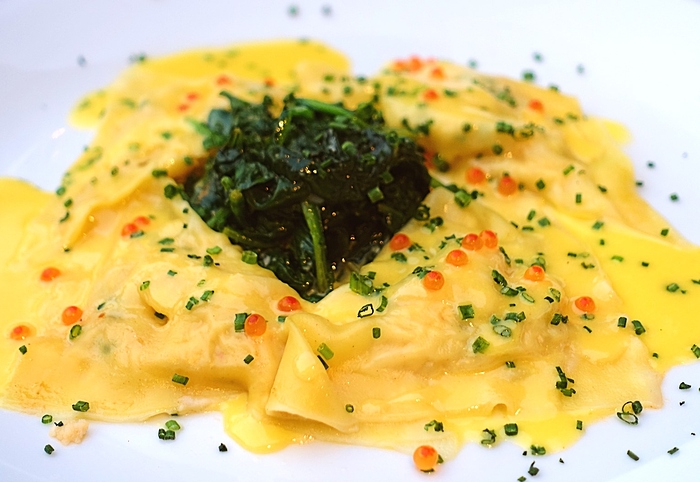 Vongole and crabmeat pasta - my least favourite fish for the evening: it tasted a tad heavy, and the texture of the paste was not al dente as I’d expected. But the clams were super-fresh and cooked perfectly to the minute. 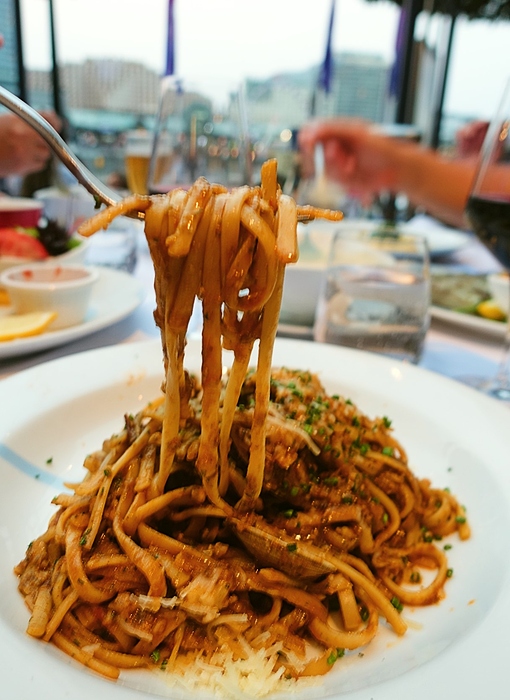 Char-grilled tuna steak, with chips - perfect example of Nick’s sea-to-plate approach, combining the freshest seafood with some pretty light treatment, in order to showcase the fresh produce. Not an easy dish to “like”, but this one is pretty well-done. 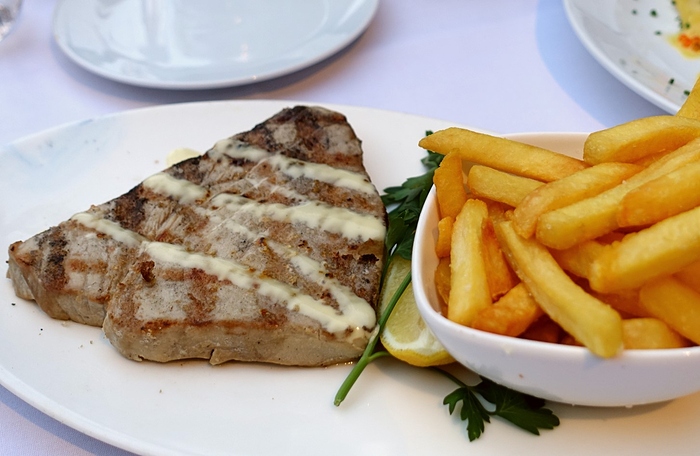 Lobster & fish pie - this was my order (I was stealing from my dining companions’ plates to write my review of the other dishes) and it was perhaps a bit too creamy-rich for my taste. I’d had some sinfully-rich, creamy seafood bakes elsewhere, notably in America (especially at San Francisco’s wharves) but this one takes the cake!

The buttery, light, flaky pastry was absolutely delish, though. 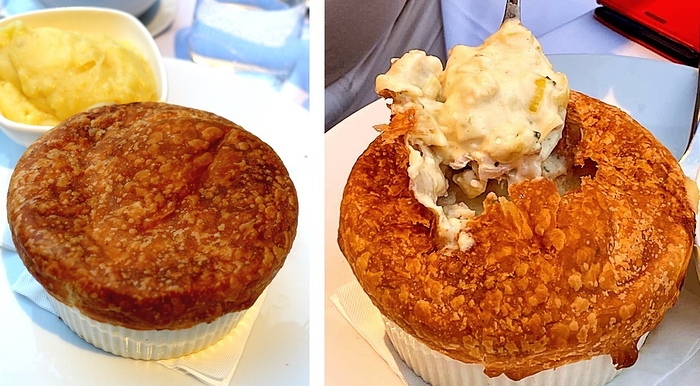 I’d been coming to Nick’s Seafood ever since 2000 (two years after its conceptualisation), and have enjoyed each and every visit - more than a dozen times over the past 2 decades. Since then, Nick Manettas has expanded his empire multiple-fold, taking over most of the Cockle Bay Wharf dining complex with his other restaurants: Cyren, Adria, I’m Angus, etc. But Nick’s Seafood remained the most recognisable brand-name, built over the decades - always dependable. Always good to know that some things don’t change. 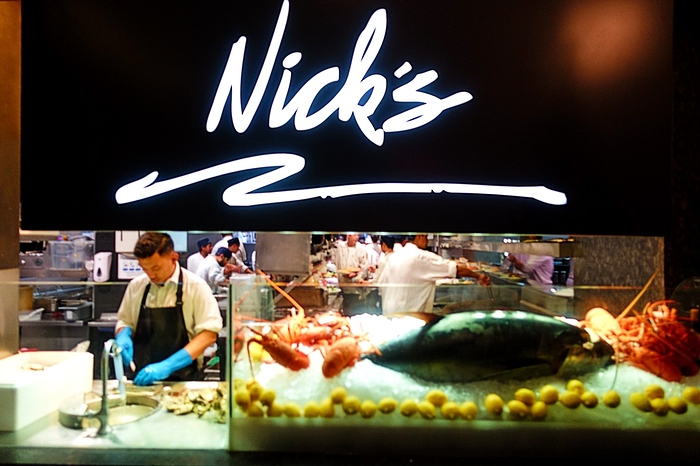 Love these. They taste like a hybrid of Canadian Fanny Bay and Washington Shigoku oysters.

For me, that would a bit redundant to have both seafood chowder and lobster & fish pie. Both very rich and creamy but otherwise very good dishes.

to have both seafood chowder and lobster & fish pie

The clam chowder wasn’t mine - I stole a taste from one of my dining companions. It really would’ve been too cloyingly rich to be followed-up with the lobster-and-fish pie, which I had but yet, even then, couldn’t even finish!