Biryani fans rejoice! Thursday is biryani-dosa buffet at Sankranti. Sankranti was started by the same owner who started Athidhi and Ulavacharu. FYI he’s from Hyderabad. 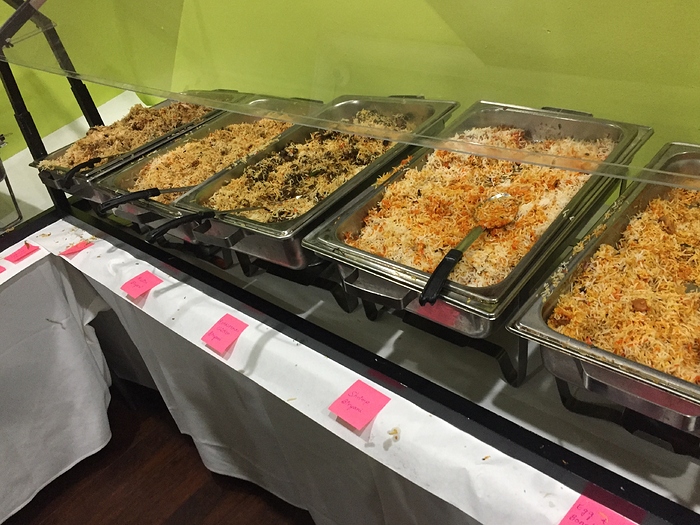 Vegetarian biryani on the left: 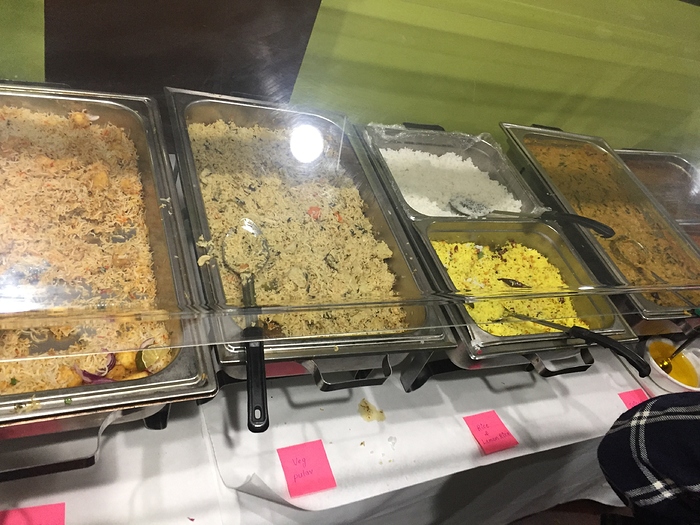 My plate. The tiny dosa was crispy and had potato and onions inside. Pretty good. 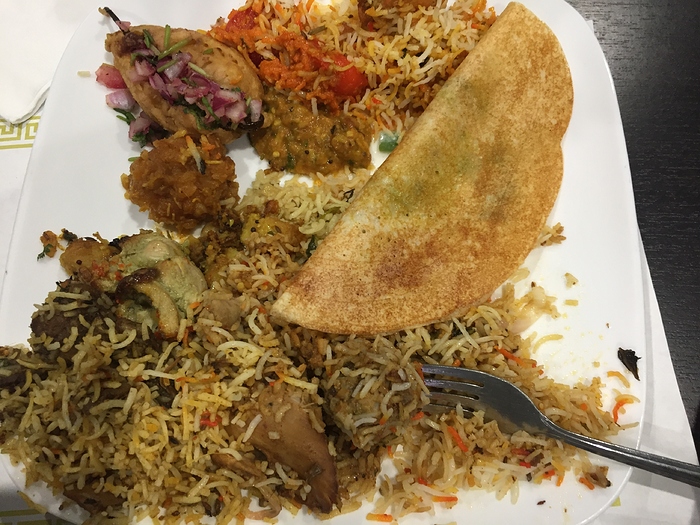 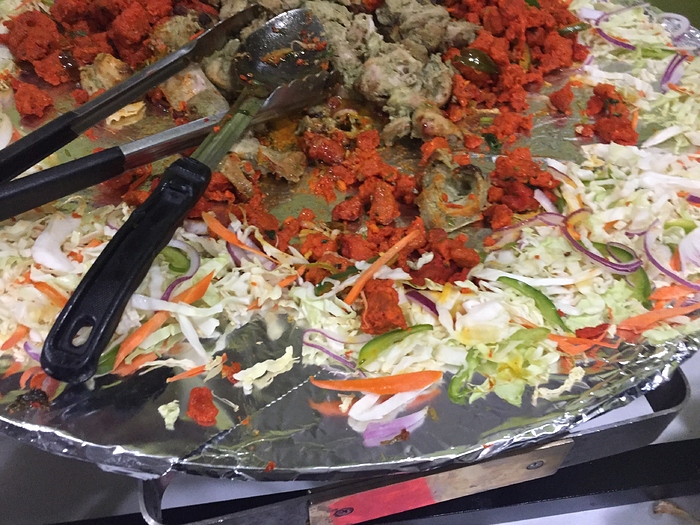 They even have small size biryani to-go. 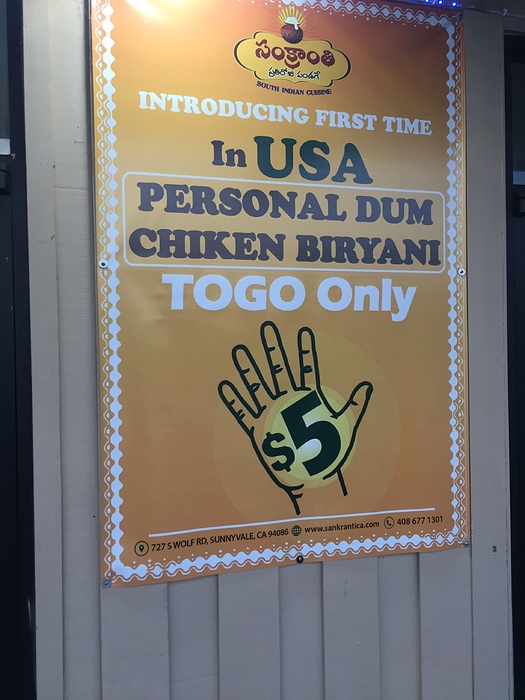 Looks really good. I love the mini dosa. Wish this had been there when we lived in Sunnyvale!