Sungai Bakap, a tiny but historic town on the mainland part of Penang (foreign visitors are more familiar with George Town on the island of Penang itself) has a large Teochew or Chaozhou (潮州人) population. The Teochew people are a significant minority in Guangdong Province in southern China, but who speak a language more akin to Hokkien or Minnan language, rather than Guangdong’s native Cantonese language, as the Teochews’ homeland borders Fujian Province.

For close to a millennia, the Chinese have been emigrating to South-east Asia, known as Nanyang or the South Seas. The Hokkiens form a majority of the Chinese populace found in SE-Asian cities like Jakarta (Indonesia), Manila (the Philippines), Ho Chi Minh City/Saigon (Vietnam), Singapore and Penang, the Teochews are the majority in Bangkok (Thailand) and with a sizeable influence in Singapore, whereas the Cantonese predominate in Kuala Lumpur and Ipoh in Malaysia. In all SE-Asian countries with Chinese minorities, the Hakkas and Hainanese are also present in significant numbers.

Cuisine-wise, the Teochews prefer a style of cooking much lighter than those from both Fujian or Guangdong. This is also reflected in the cooking of Penang state in Malaysia, where the Hokkiens/Fujianese form the majority on Penang Island, whereas the Teochews predominate Province Wellesley, the mainland part of Penang state.

Penang island is seen on the left on this map, whereas mainland Penang (where Sungai Bakap is located) is on the right. One can sense the distinct change of language use, and even the taste of the food, once one crosses the 13.5 km Penang Bridge linking the two parts of Penang state. 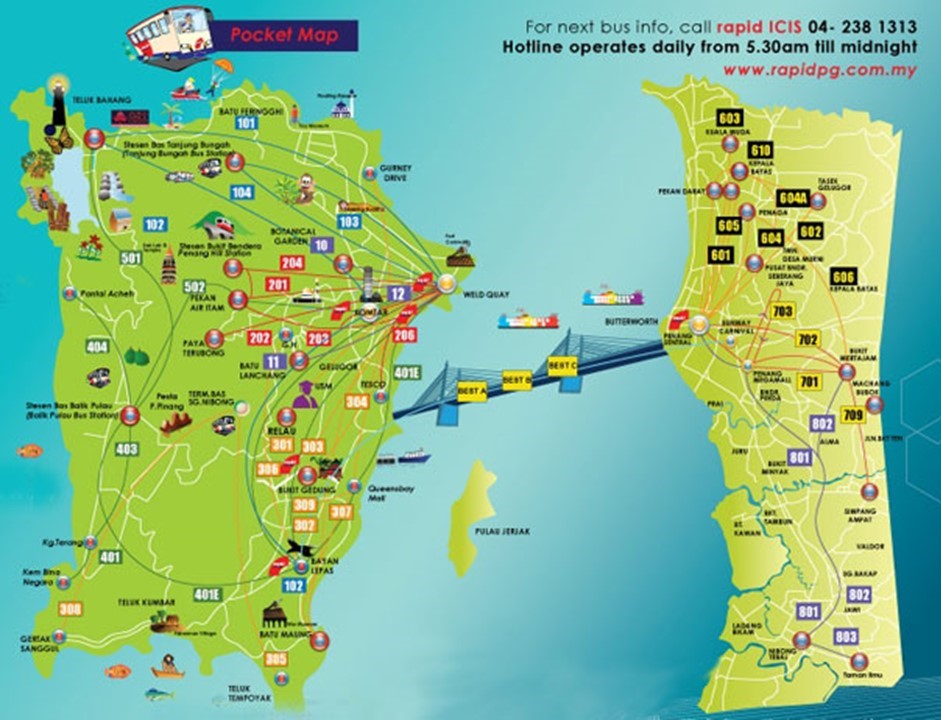 One of oldest, and best-known, eateries in Sungai Bakap is Soon Lee (Est. 1924), which serves Teochew-style “sio bee” (dim sum). It’s an atmospheric eatery, preserved in a time warp circa 1960. Sungai Bakap residents are small-town folks, togged up mostly in t-shirts, shorts and slippers, as they eat out. 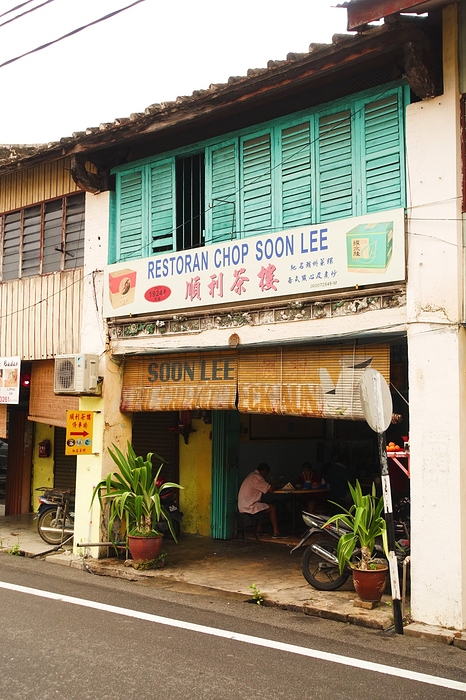 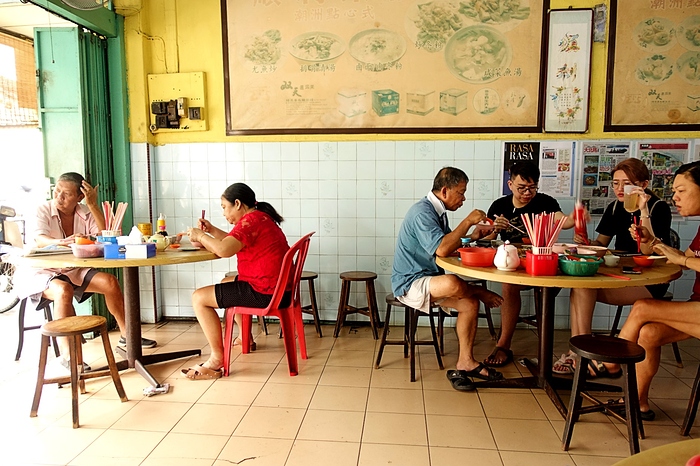 The Teochew-style “dim sum” here is amazing - lighter and less greasy compared to the Cantonese version. Crabmeat is used in abundance here, often paired with minced pork, which resulted in an addictive, delicious “dim sum” item we call “chim kway”: 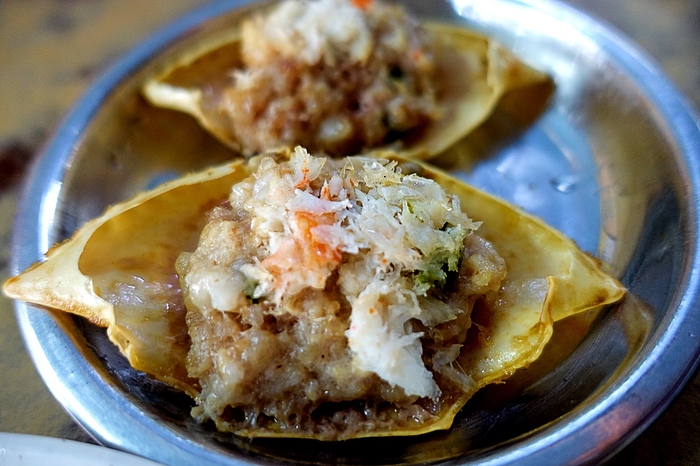 The waitress will come by your table, bearing a large trayful of freshly-steamed dumplings, a practice similar to that at old dim sum spots in Hong Kong like Luk Yu Tea House in Hong Kong which, at 87-years-old, is a full 9 years younger than Soon Lee. 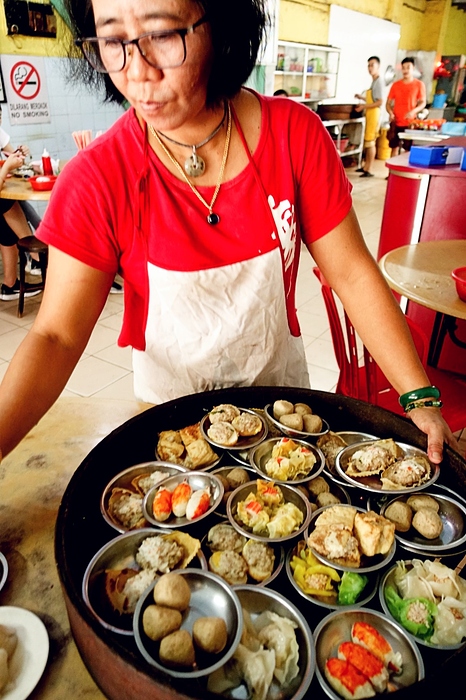 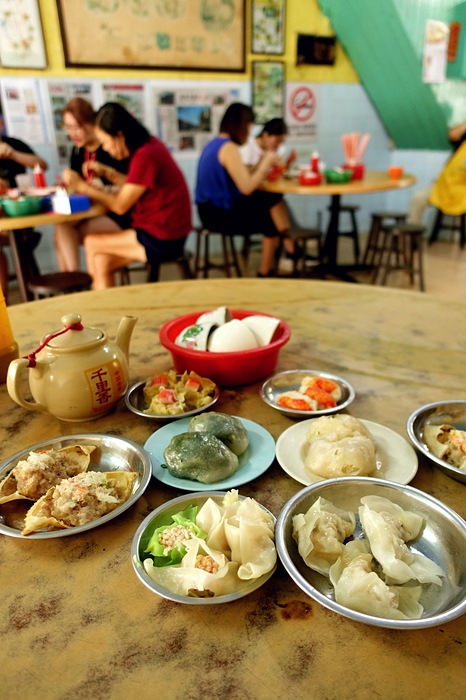 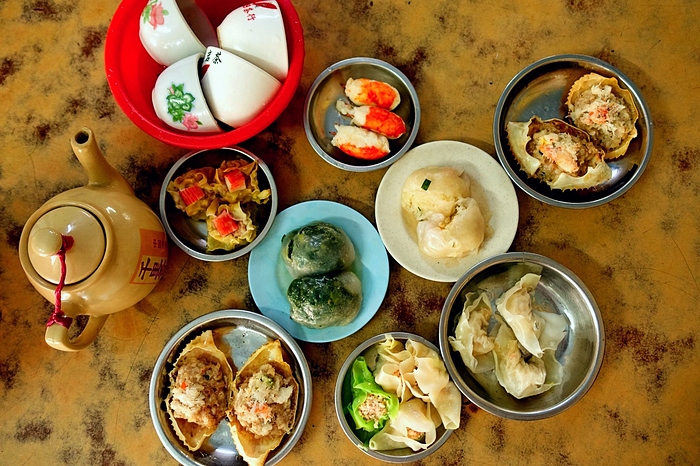 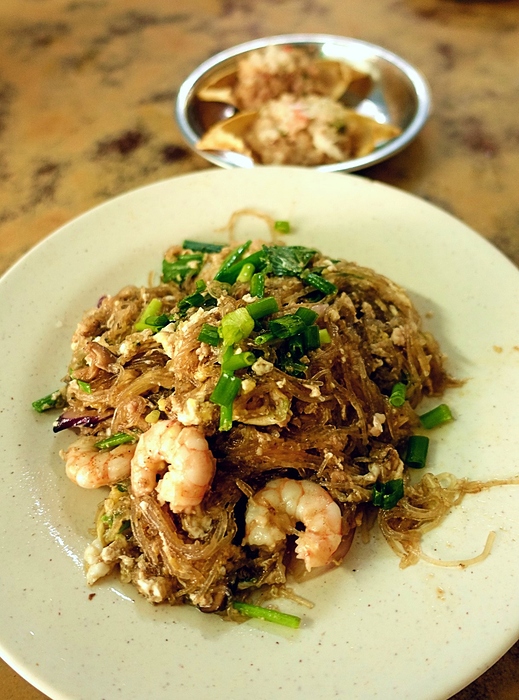 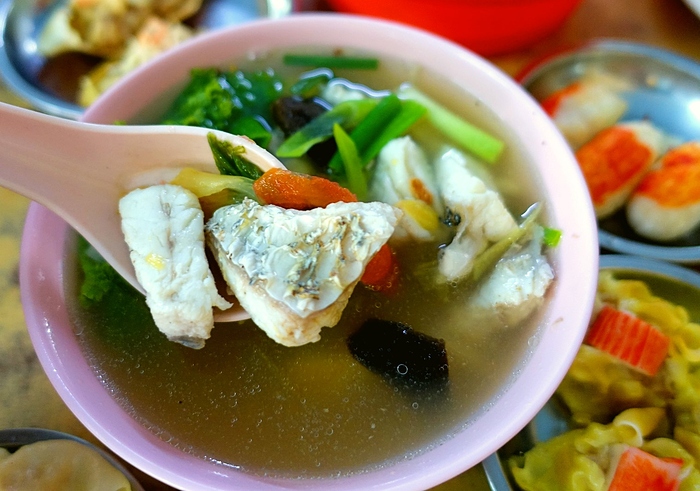 Also must-not-miss items are their rendition of the signature Teochew vegetable dumplings - the chives-stuffed ku chai kway and the soon kway with jicama filling, both excellent and tastier than ones I’d tried elsewhere on Province Wellesley. 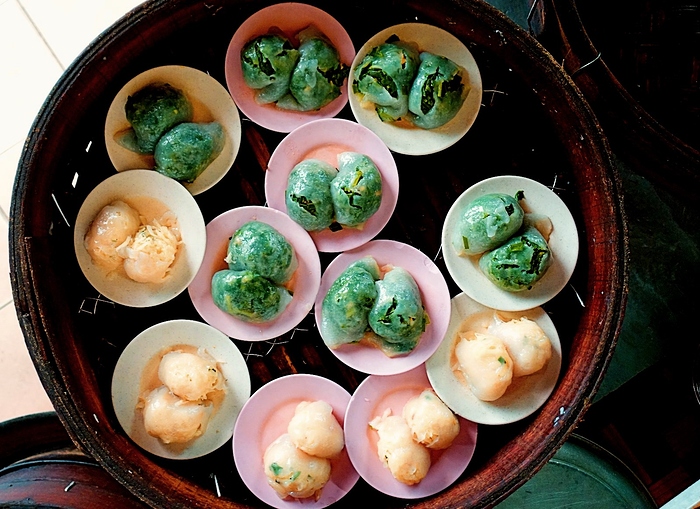 The dumplings were steamed covered in a massive, cast-iron wok: 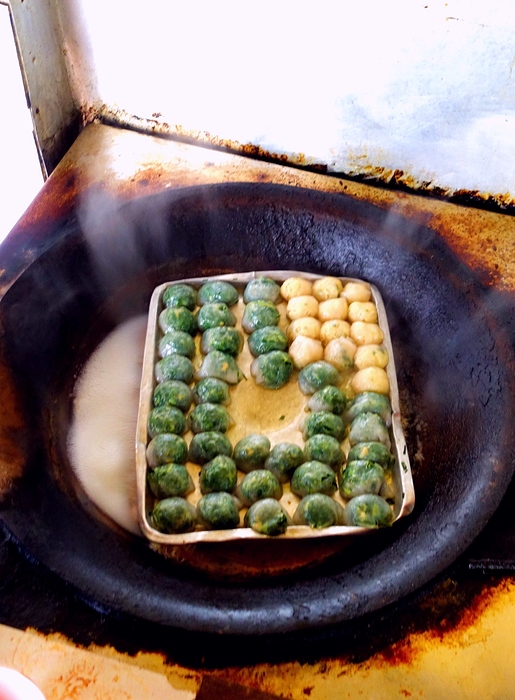 The founder-patriarch, Lim Ah Kwai, has passed on - he was a chef at the Kee Mansion (owned by the Kee family, the main landowners of Sungai Bakap) up the road, before striking out and starting his own restaurant here in 1924.
Ah Kwai’s son, Lim Yam Ju, 80, still cooks these days, whilst the grandson, 50-something-year-old Lim Choon Heng, manages the front of the restaurant. 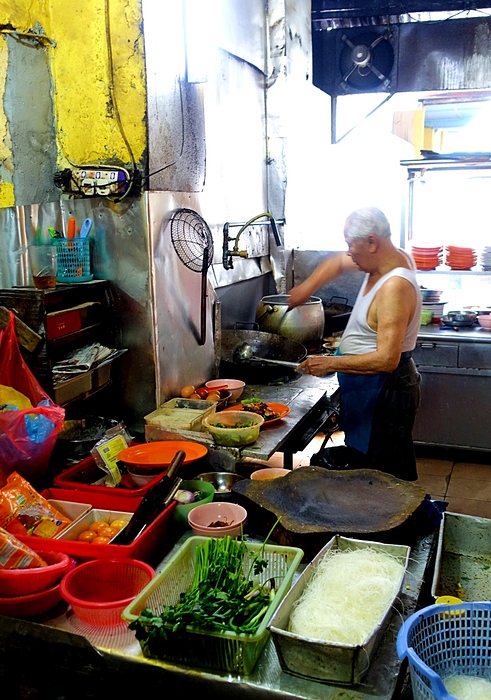 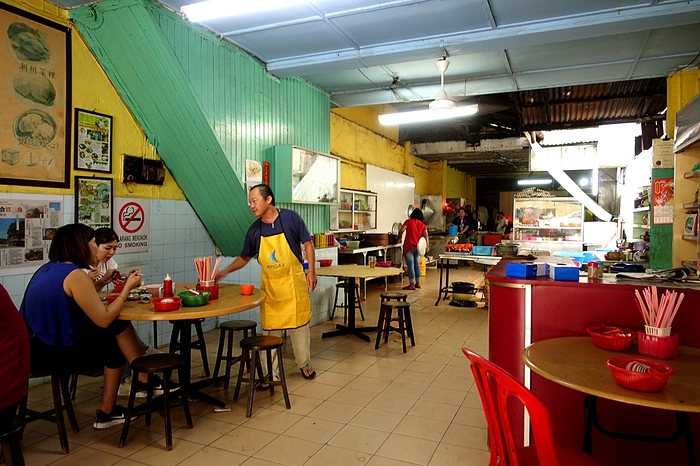 An offshoot of Soon Lee, though not directly related in terms of operation or management, is Sin Soon Lee down the road, run by the family of Mr Lim Yam Ju’s younger brother. Similar menu offerings but, taste-wise, is nowhere as tasty as Soon Lee’s, IMO.

One can never have too much of a good thing. Back here at Soon Lee this Sunday morning, before our excursion to Caledonia House at the Byram Estate nearby.

Soon Lee’s Teochew (Chaozhou) sio bee, which is what the Teochews call “dim sum”, are still the best I’d come across anywhere in Malaysia, especially its chim bak - minced pork-crabmeat cake, steamed and served in crabshells. 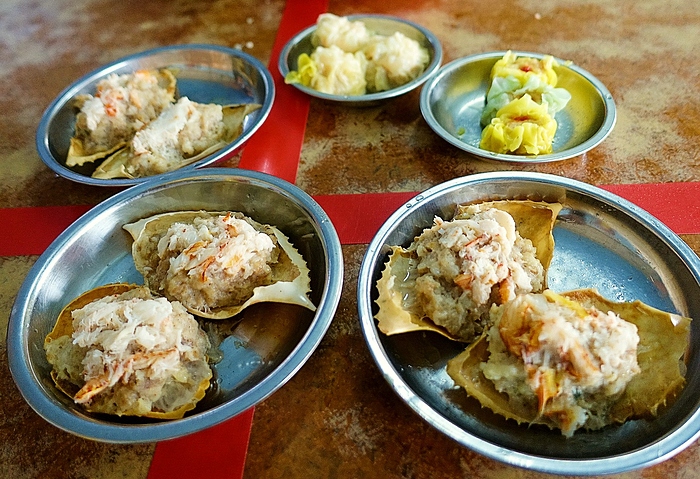 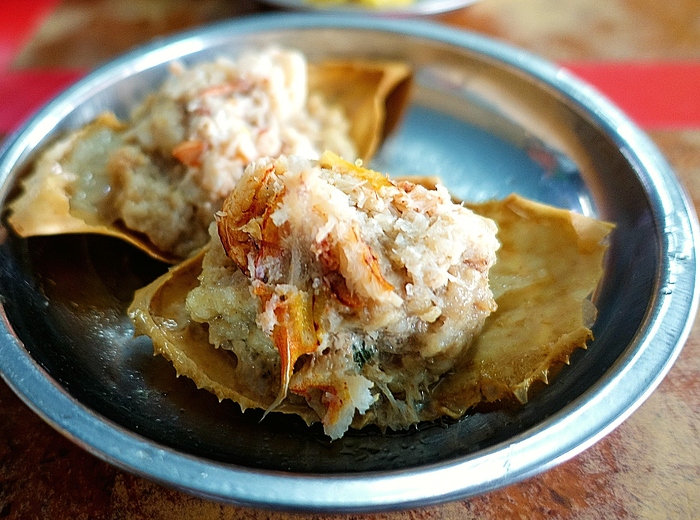 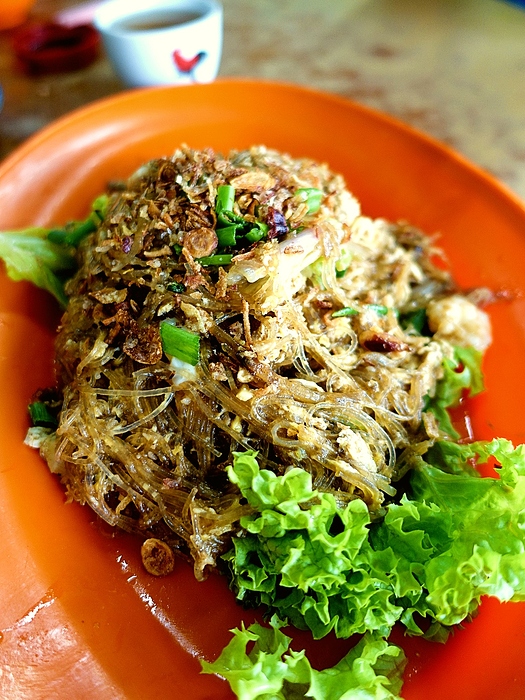 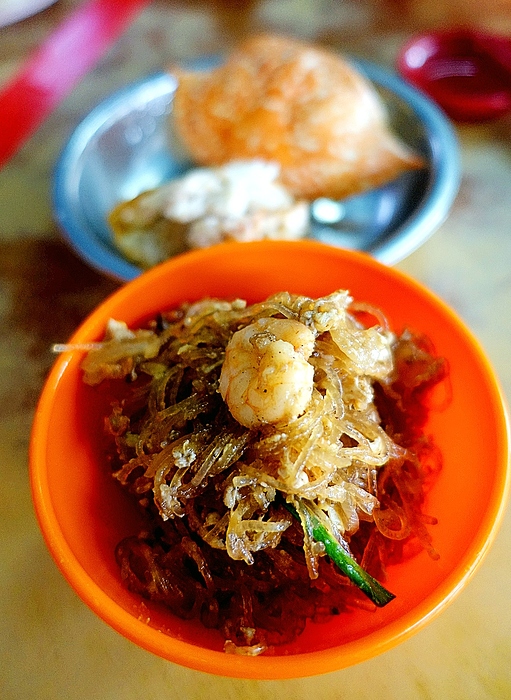 Soon Lee also does very good chai kueh - steamed Teochew dumplings stuffed with either jicama or chives, but it’s not really my cup of tea. 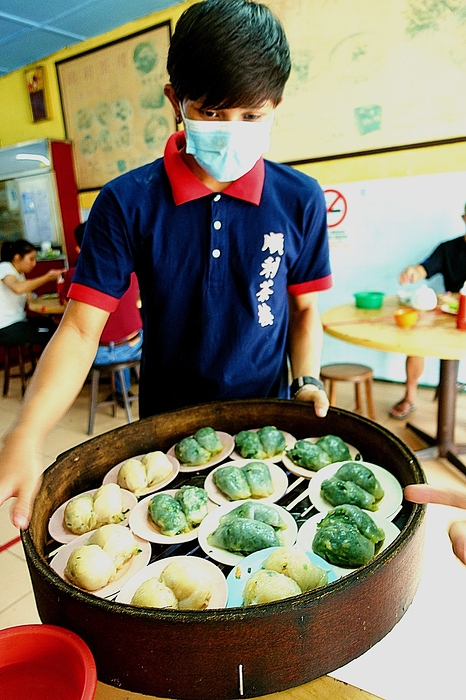 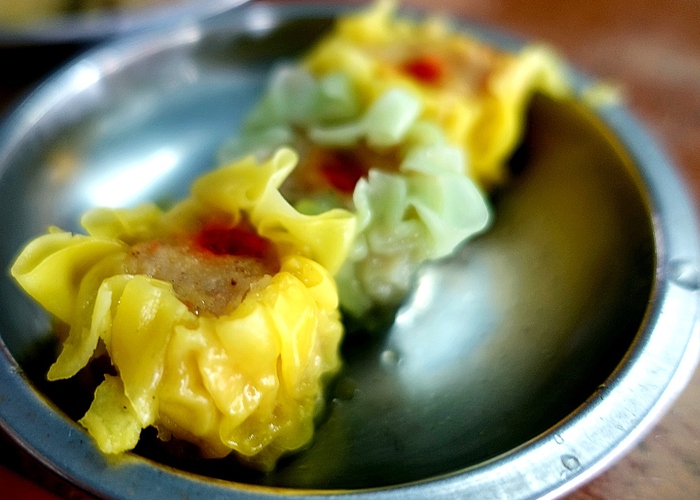 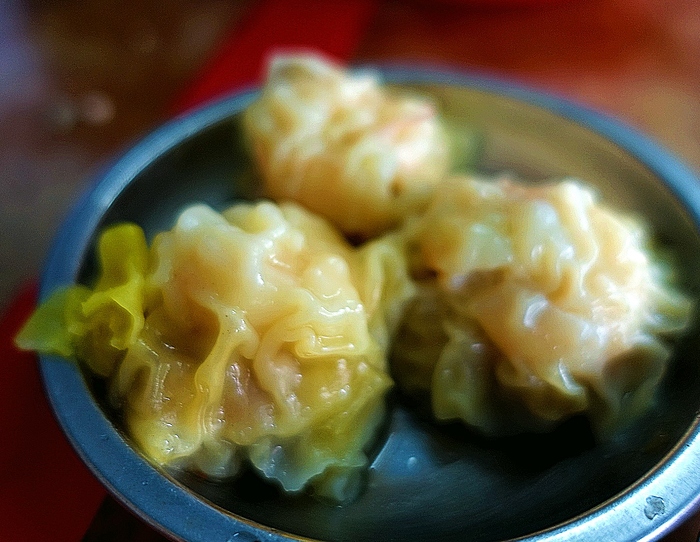 Stir-fried preserved cuttlefish - Ugh, one of those dishes is an acquired taste. Not for me - way too salty and chewy. 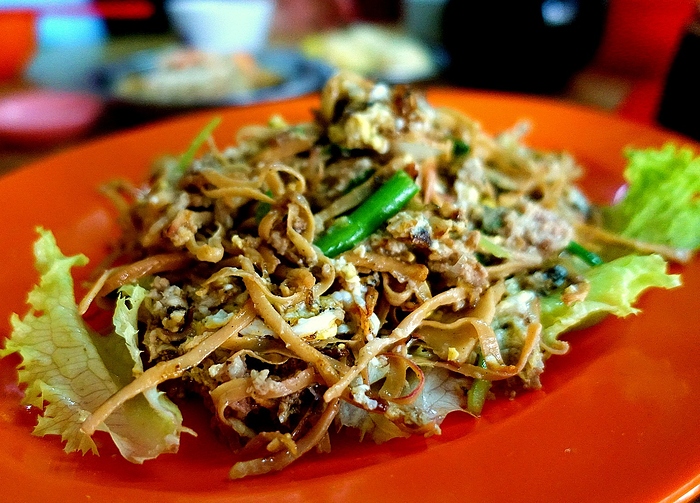 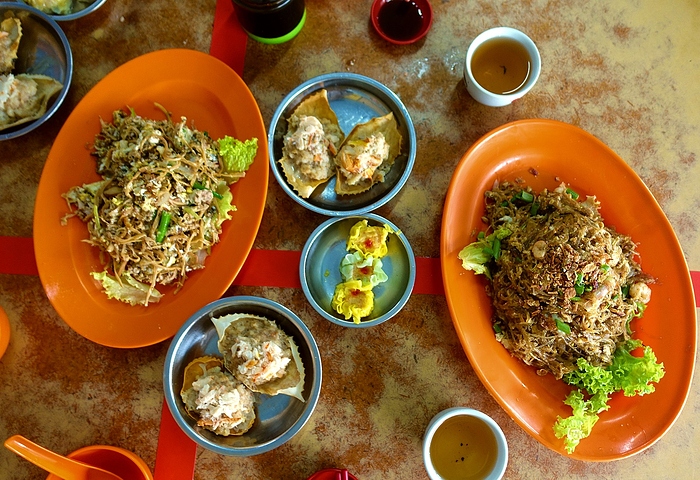 So interesting. Same peoples, same languages, same food but all of that is not the same on both sides of the bridge.

I know you eat at all sorts of establishments from low to high cuisine but this kind of place is very much my style. Home-style and unpretentious. The owners honour traditions and respect the old ways (in terms of the food).

I know you eat at all sorts of establishments from low to high cuisine but this kind of place is very much my style. Home-style and unpretentious. The owners honour traditions and respect the old ways (in terms of the food).

I know you’ll love this place - you just need to make a trip back to this part of the world when all the COVID madness is finally behind us.

You brought up an unpleasant childhood memory for me… I remember my parents and brother eating cuttlefish straight out of the bag as a snack and it used to turn my stomach. Still does to this day.