Teochew or Chaozhou cuisine (潮州菜) is lighter than those from its neighbouring Cantonese (廣東菜) and Hokkien/Fujianese (福建菜) counterparts. The Teochew people (潮州人) are predominant in Province Wellesley, the mainland part of Penang state, whereas the Hokkiens/Fujianese (福建儂) are the majority on Penang Island. 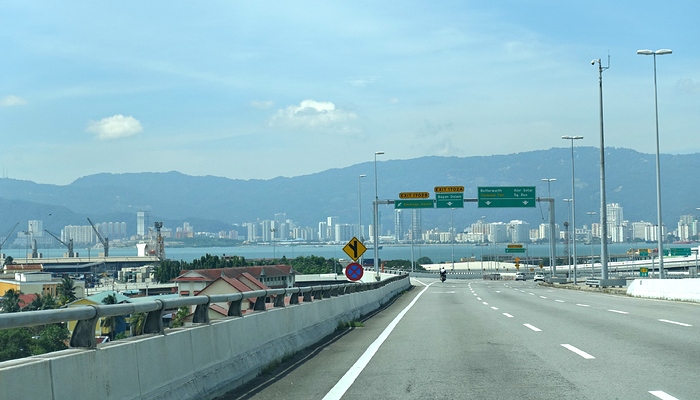 Sin Soon Lee (Est. 2012) is a popular spot for Teochew steamed dumplings. It’s an offshoot of the much older Soon Lee (Est. 1924) a few hundred yards down the road, both run by the Lim family that started the business. Patriarch, Lim Yanyu, 78, still oversees the older restauran that’s operated by his son, whilst a daughter-in-law, Madam Hiang, runs Sin Soon Lee. As business turnover is faster over at Sin Soon Lee, we were tipped off that the food is fresher and better there. Tables & chairs spilled out onto the sidewalk over at Sin Soon Lee as we joined the Sunday morning crowd, mostly locals/Mainland Penang folks, to have their breakfast here: 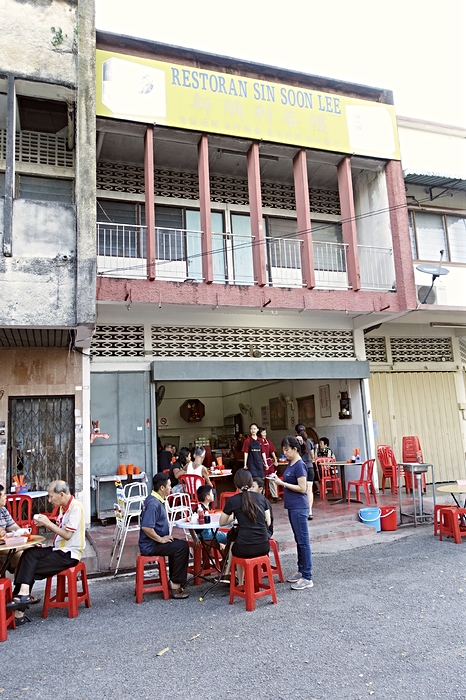 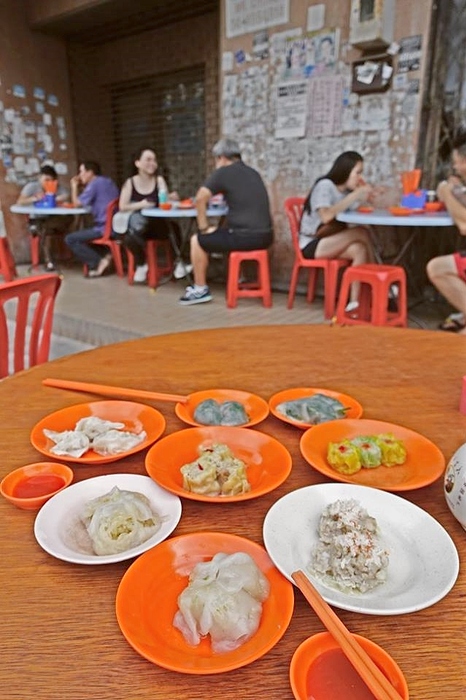 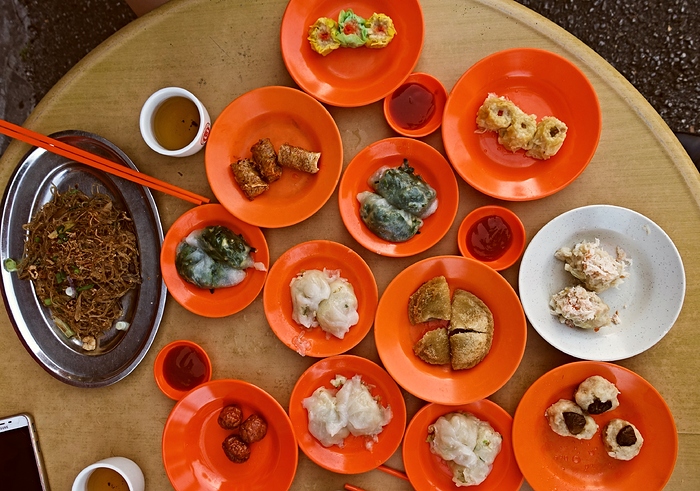 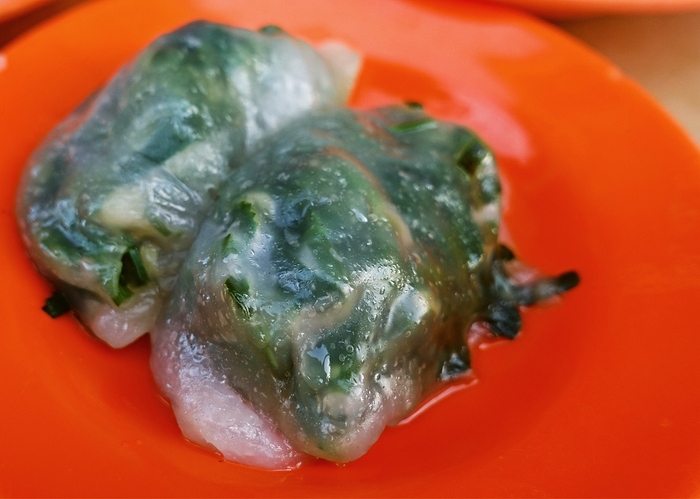 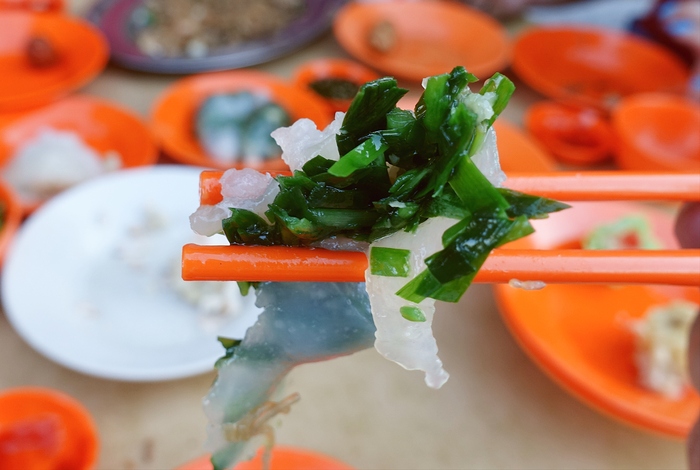 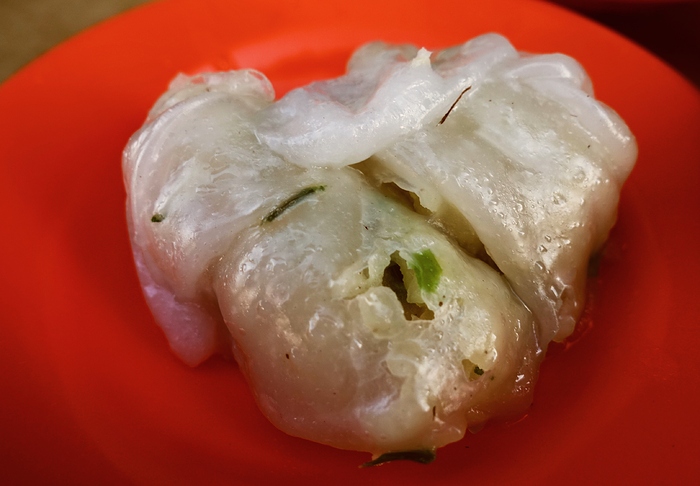 My absolute personal fave dumpling here is what they call “Chim Bak”, literally translates as “crab-meat” which I think refers to the crab plus minced pork filling. The “chim bak” dumplings are topped with crabmeat floss. These were totally delicious and I could polish off half a dozen of these at one sitting. 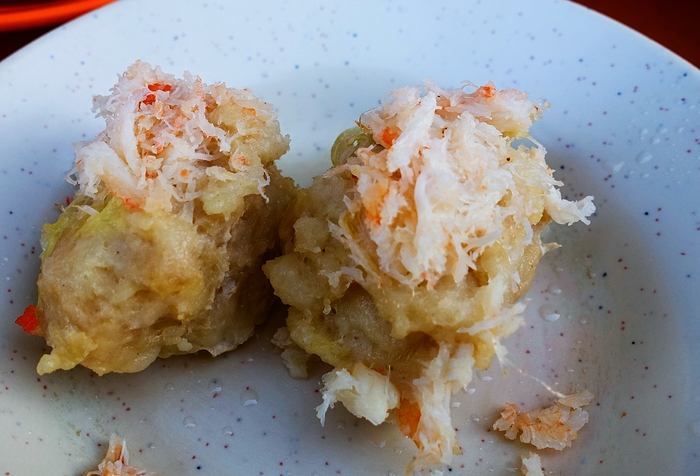 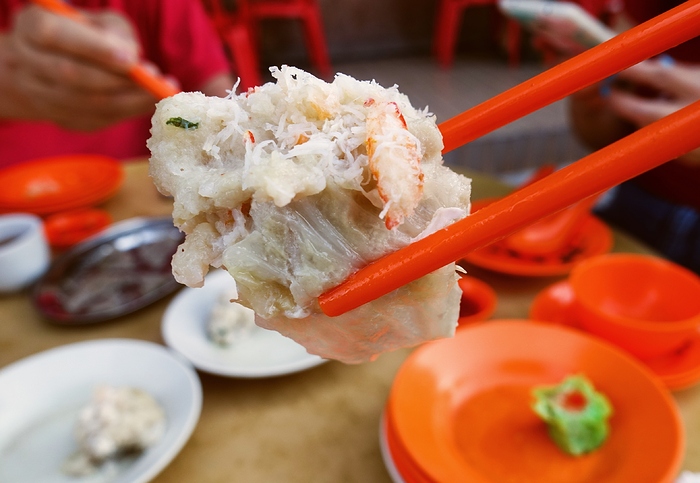 The Cantonese have their shrimp-pork “siew mai” dumplings. The Teochews have a similar shrimp-pork dumpling called “sio bee”. The ones here are delicious and come with a variety of toppings - either small cut pieces of shitake mushrooms, a wolfberry, or a preserved orange peel: 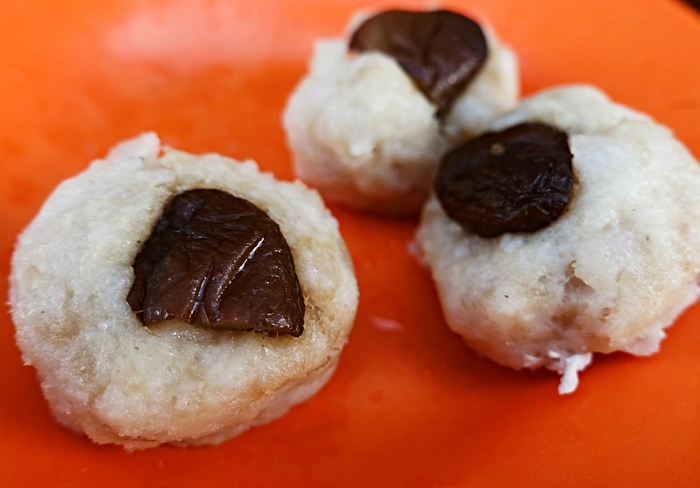 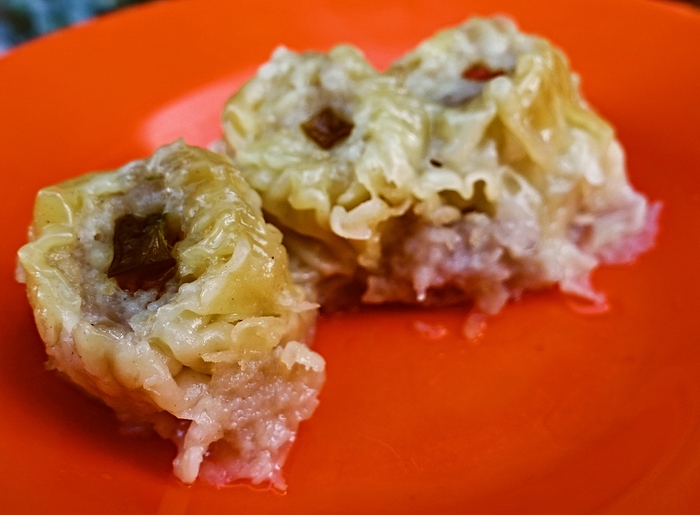 Besides the steamed dumplings, there were also deep-fried options like the “Orh Nee Kok” - crescent-shaped, deep-fried pastry parcels filled with sweetened, mashed taro. Taro is much favoured by the Teochews and appear regularly in a variety of their dishes. 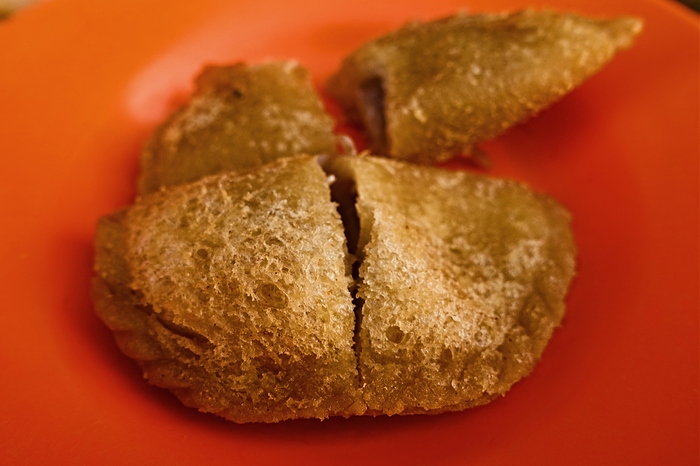 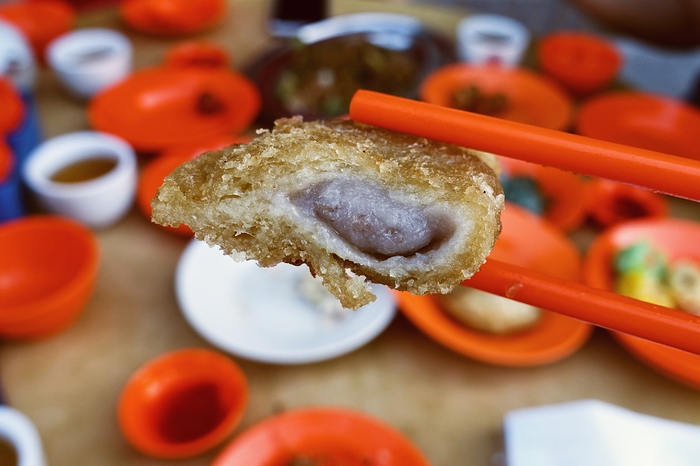 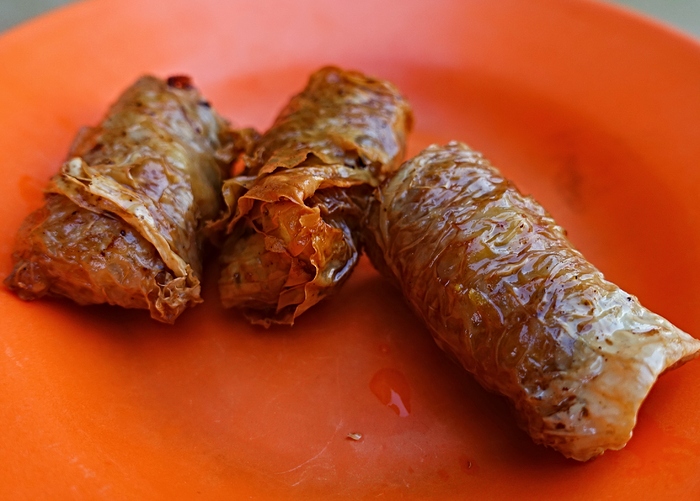 Besides the dumplings, a popular breakfast order at Sin Soon Lee is the “CHar Tung Hoon” (stir-fried glass noodles with shrimps). This very Teochew dish came across as pretty bland to our Hokkien tastebuds (even to me, who’s half-Hokkien, but half-Teochew).
We had to request for some chopped super-spicy “chili padi” (habanero peppers) to pep up the dish. Overall, it was satisfactory meal - we went there for the different options offered, rather than the run-of-the-mill, but more refined, Cantonese dumplings. 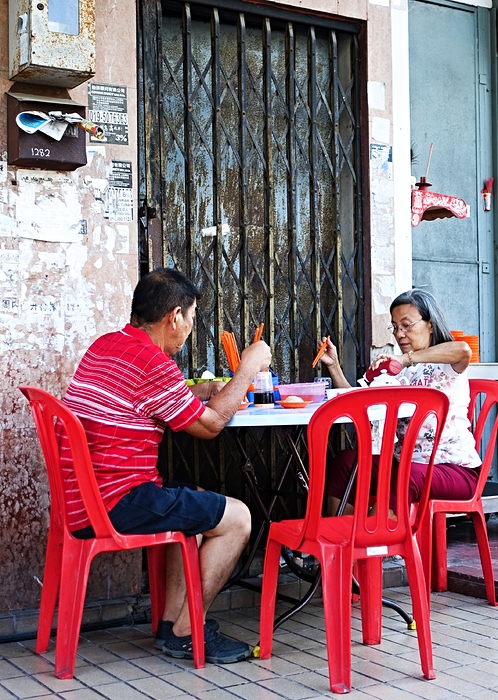