Spices: Mesquite - how to use?

I was excited to get a couple of gifts for Chanukah that I’d requested.

One was an assortment of spices from Burlap & Barrel. My youngest son chose them I think with the intent to baffle and stump me. I would love to know if and how you all use these. But I’ll post one at a time so as to not overwhelm.

#1 - Mesquite powder. I’ve done the bottle suggestion of putting some in hot cocoa and I thought it was meh that way. It’s a weird combination of smokey but also sweet.

Have you used it? How?

I’m leaning toward using it in bean or chili or bbq dishes. Someplace where I would use a smoked paprika…

Hmmmm. I think of it as a type of wood for smoking, so maybe as part of a bar b q spice rub? I have a favorite recipe that uses liquid smoke, and I’d use the mesquite instead. 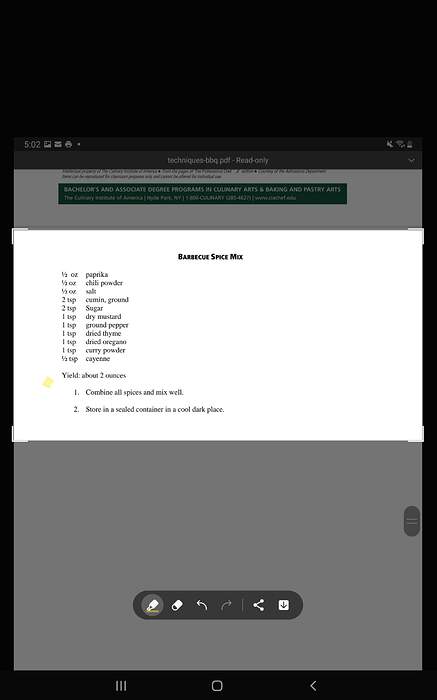 I wouldn’t have thought it would be smokey if it’s just ground mesquite beans. I’d probably use it with things that are fairly bland. In oatmeal was the first thing that came to my mind. Sugar cookies, maybe.

Wow; I didn’t realize there were mesquite beans! 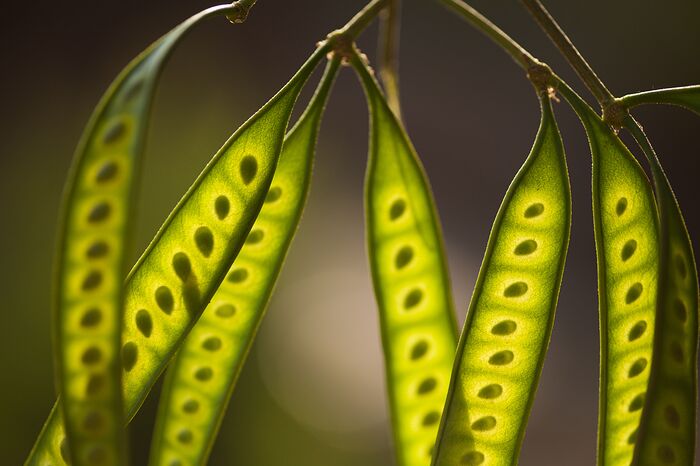 What Are Mesquite Beans?

Mesquite beans are found in the pods of the mesquite trees. They are most commonly sold ground in powder form as a flour.

I don’t know that I love the flavor of it - as experienced in the cocoa. So I would probably want to mix it with some other full flavors and let it be part of the orchestra rather than solo. In a bland dish as the sole flavoring, you’d have to really like the flavor…at least I think. I have a whole jar of it. I can experiment.

This might not be the recipe, but I was thinking of using it as a part of a dry rub for meat…

Might try it as an addition to cornbread with chiles, and whole corn kernels, but start small, maybe only adding 1/8 - 1/4 cup to a full batch at first. It may also be interesting added to homemade flour tortillas. I’ve only had it as wood or charcoal over which things are grilled. Or certainly possible as a flavoring in commercial bbq sauce or spice rubs/blends potetentially.

Cornbread - that sounds like a possibility. But I think your measurements are off. I don’t think the entire jar has more than 3 tbsp, and it is pretty strong stuff. I could see adding a tsp and it would more than perfume the entire batter.

Ok, good to know - I looked some up online, and it came in bigger packages, maybe like Bob’s Redmill size. I would definitely cut way back to maybe 1 teaspoon, as you mentioned or even less. Burlap & Barrel packages extremely fresh and potent spices. H used too much of a new jar of wild Mtn cumin, and we had to dilute our soup with more tomatoes & stuff. A light hand is good! Can’t wait to hear the others you got!

Might do one post every other day on here. There are only 6 jars. And some are not completely unknown to me - I just haven’t personally used them.

Think in the case of B&B they can be quite different to other spices. I prefer to use the aforementioned cumin in Middle Eastern preps, as opposed to American Southwest or Mexican cooking for example. Others are just wonderfully potent so I use less.

I’ve not used the powder and don’t use the wood due to its strong kinda overbearing flavor. The wood burns hot and fast leaving behind an intense flavor in small amounts I find can be tasted.

Mesquite powder might be fun to play with but but not sure what I’d use it in… dark and red meats is all that comes to mind.

I put the mesquite powder in some sourdough discard waffles yesterday. It seemed to go over pretty ok. But I need to keep messing around. One only makes so many waffles! I also sprinkled [different] waffles with my 2nd spice, which I’ll do a separate post for… Urgh- ending sentences with prepositions!

Add to a Negroni