I was recently gifted a sous-vide set-up–ANOVA with a plastic tub, fwiw–and have really enjoyed exploring it. I’d been thinking of getting one of these for years, but I’m at a stage of life where adding equipment is something I’m slow to do.

Anyway, now on about my sixth or seventh preparation, I’m moving into vegetables, and encountering the problem of them floating–and I’m wondering what the latest clever fixes might be.

It’s surprisingly challenging to find normal things in the kitchen that are compact, washable, food-safe, and a lot heavier than water. I know there are specialized weights, but in I like to avoid unitaskers. I’ve heard of pie-crust weights being used, but when I threw in a back of dried beans (what I use to weigh down pie crusts for pre-cooking–it still was too floaty.

Any thoughts? Thanks in advance!

I use a simple rack (looks like this one in link below). 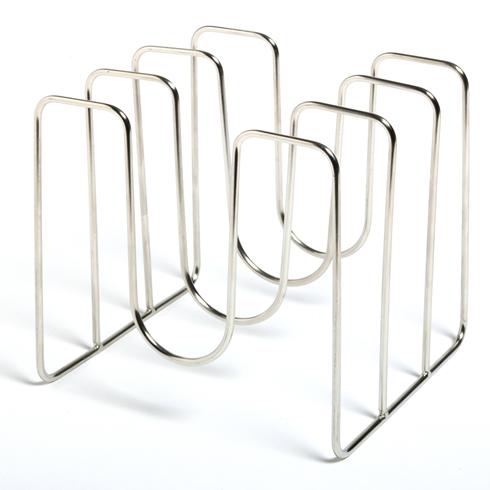 I have a sous vide supreme , and that’s what I use in my immersion circulator as well. I throw other things in/on as well. Like those strainer/basket scoops I use with my wok. Still a challenge.

I haven’t actually done this myself but Serious Eats has a suggestion in which you clamp a binder clip to the bottom of the bag and then slip a heavy spoon/utensil through the loops: 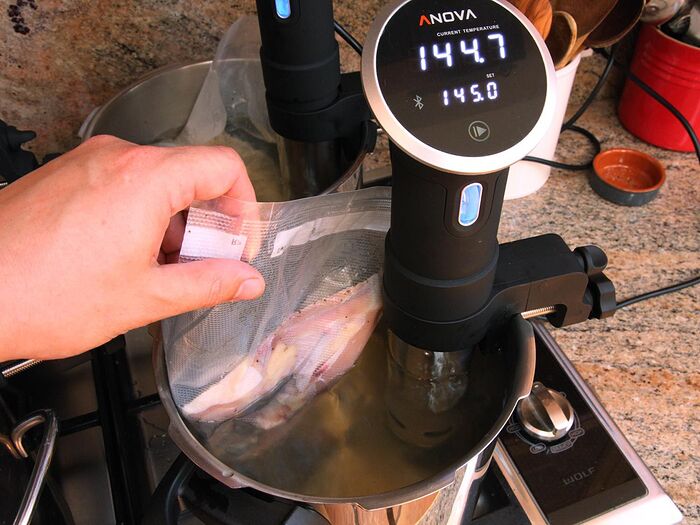 Sous Vide Cooking: How to Get Started

Have a new sous vide circulator? Here's an introductory guide to sous vide cooking, including what to try making first.

Please note: we use those Acco clips a lot (including for sous vide) and they’re not stainless steel so they will rust. On the other hand, they’re very cheap so it’s not a deal breaker.

We more commonly upend an expandable ikea pot lid organizer on top but that’s a bit of a unitasker.

We don’t use a lot of the other suggestions in the Serious Eats link but already had plastic cambro style containers in the kitchen which are preferable because it’s a better insulator than metal. Definitely don’t get the ping pong balls, those are a bit of a pain. However, I’ve heard on ChefSteps (but not fact checked) that yoga mats give decent flexible, customizable cover if you’re willing to buy one and cut it to fit.

Make sure you slip a trivet under your container if you’re cooking vegetables (or generally)! Vegetables are frequently cooked at a higher temp to break down pectin and that heat can transfer to your counter top and crack it if you’re not careful.

I recently upgraded my sous vide device, and I think I have the same model and kit that you have (

Costco!). I’ve seen some very clever folks use a set of magnets to hold that bag in place, but I always worry about the magnet itself sitting in that water bath for a long time.

I’ve heard of folks sealing the food in with a fermentation weight (or something similar) if you have one of those lying around. I use a fairly inelegant solution of a small colander or heavier utensil (spatula, pasta server, frying spider, tongs) to lay on top of the bag. This is usually is enough to keep it under water. If I have a big enough item (rack of ribs, etc.) I can put a small pot, plate, or pot lid on top.

I forgot to add I sometimes notice the bag accumulates some kind of gas sometimes, and may be harder to keep the food in the bag submerged. Does that happen to anyone else? I looked it up once, but don’t remember what I found.

The other thing I sometimes use is a “spider” ( thanks @kobuta Kobuta; I couldn’t remember what it was called), with a meat pounder in it. But the bag sometimes gets away from it. 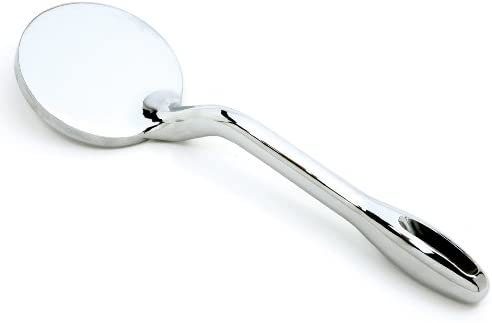 I sometimes notice the bag accumulates some kind of gas sometimes, and may be harder to keep the food in the bag submerged. Does that happen to anyone else?

I haven’t run into this too much but there are a couple reasons I’ve heard that can cause air in the bag after you’ve removed it.

I have racks designed for holding bags in place.

I found a use for whiskey stones that were gifted which are worthless for cooling whiskey but made good weights for sous vide. I vac sealed a row of them so I can just add that to a bag before sealing.

I usually just put a stainless spoon or butter knife (or two or three) in the sous vide bag before sealing. That usually works for me.

I put a shallow bowl over the bag and since it fills with water, it weighs down what’s under

Sometimes I use a side plate and bowl on top of it - if something flat is needed.

I typically only cook meat so I don’t have the problem. However, this is what I’d probably do:

I sous vide in a 12 quart Cambro with a plastic lid. (Insulates and eliminates most evaporation.) My plan would be to vacuum seal a bunch of ping pong balls and lay it across the water surface and put the lid back on. Anything that tries to float will be kept submerged by the bag-o-balls and lid.

I’d wash the sealed balls and store for reuse.

Does it? I’m sure I got it on Amazon. For years I used one like this But with a wooden handle. The handle started to split, with all that split wood and meat brings to mind, then came off. I was left with this 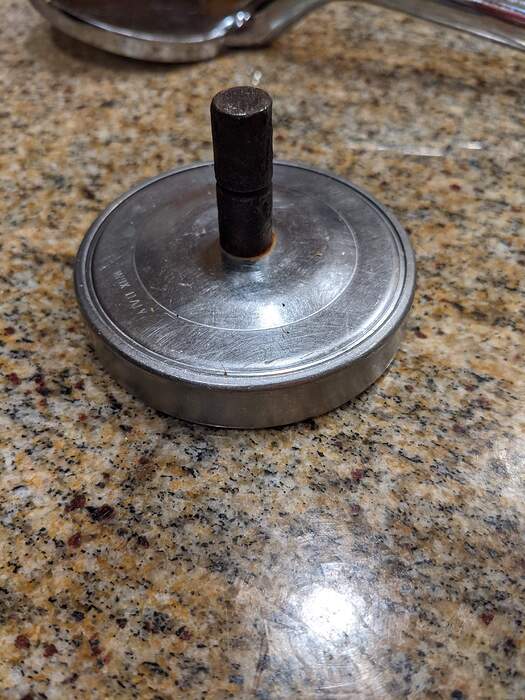 OP here: Lots of great suggestions. Thanks! Among them, I think I like the compactness that might be gained from vacuum-sealing something compact and heavy, like stones, and just throwing them in the bag. Maybe double-seal them for sanitary integrity.

You can wash and toss stones in boiling water to disinfect then vac seal strips of stones. It doesn’t take a lot to hold down a vac sealed bag of food product while cooking SV

The last time I SV’d a packer brisket before finishing on the smoker I added a stainless sharpening stone used to flatten ceramic stones which I also vac bagged. It had some heft so kept the brisket submerged quite well

stainless steel bolts with nuts are simple and easy. Various lengths and sizes. I seal them in a bag and put them into the cooking bag