Has anyone tried Soong Soong?

The menu is a mish mosh of Chinese dishes, with some uncommon flatbreads and wheat-based items that pique my interest. Their menu lists housemade Shandong hand pulled noodles and “dough drop” soup containing a Chinese spätzle relative called ge da. Photos the restaurant uploaded to their yelp page include chao bing (flat pancake sliced up and fried like chow mein), a street food crepe (jian bing, with a you tiao doughnut stick inside), and a scrunched up pancake that looks like how Malaysians serve a roti canai.

There’s reports a few years back on Chowhound.

The chef is from Fujian of all places ( I confirmed with two different staff members, who said that they are not serving Fujianese food). Are fish balls, like in their fish ball soup 鱼丸汤 Fuijianese, or is that a vestige of the Taiwanese dishes they used to focus on? If not, nothing else stood out to me as Fujianese on their untranslated specials menu, which mostly listed Hunan dishes, or their regular menu.

Anyway, I came here for hand pulled noodles and that’s what I got. Their version of zha jiang mian (A13 soya bean, pork, and shrimp paste noodles) was enormous for $8 and had just the right amount of cucumbers for crunch and cooling. The sauce had scant pieces of chopped pork, and had a texture closer to gravy than bolognese. I’ve only had shrimp before in the dark black Korean version of this dish, and the curls of shrimp here worked great with the brown savory sauce. I asked for it spicy, and I think they jazzed it up with a soybean based chile sauce (doubanjiang).

The noodles were the width of linguine, and were super springy. The width was more consistent than I’ve typically experienced with hand pulled noodles. It’s an enjoyable dish, but next time I’d get the noodles in soup form— the heavy gravy, and tangling of the giant mass of noodles, made it difficult to pick up and appreciate the length of the noodles.

I also got the Chinese burger, which was $4 and huge. The buns were soft and tasted a bit like fried sesame bread (zhima da bing), minus the sesame. The insides were spread with shredded up pieces of stewed pork. The fatty meat helped carry the flavor of star anise (or licorice root?) and the herbal notes of chopped cilantro. They nailed the meat to bread ratio— no fallen pieces of meat or unused bread edges. 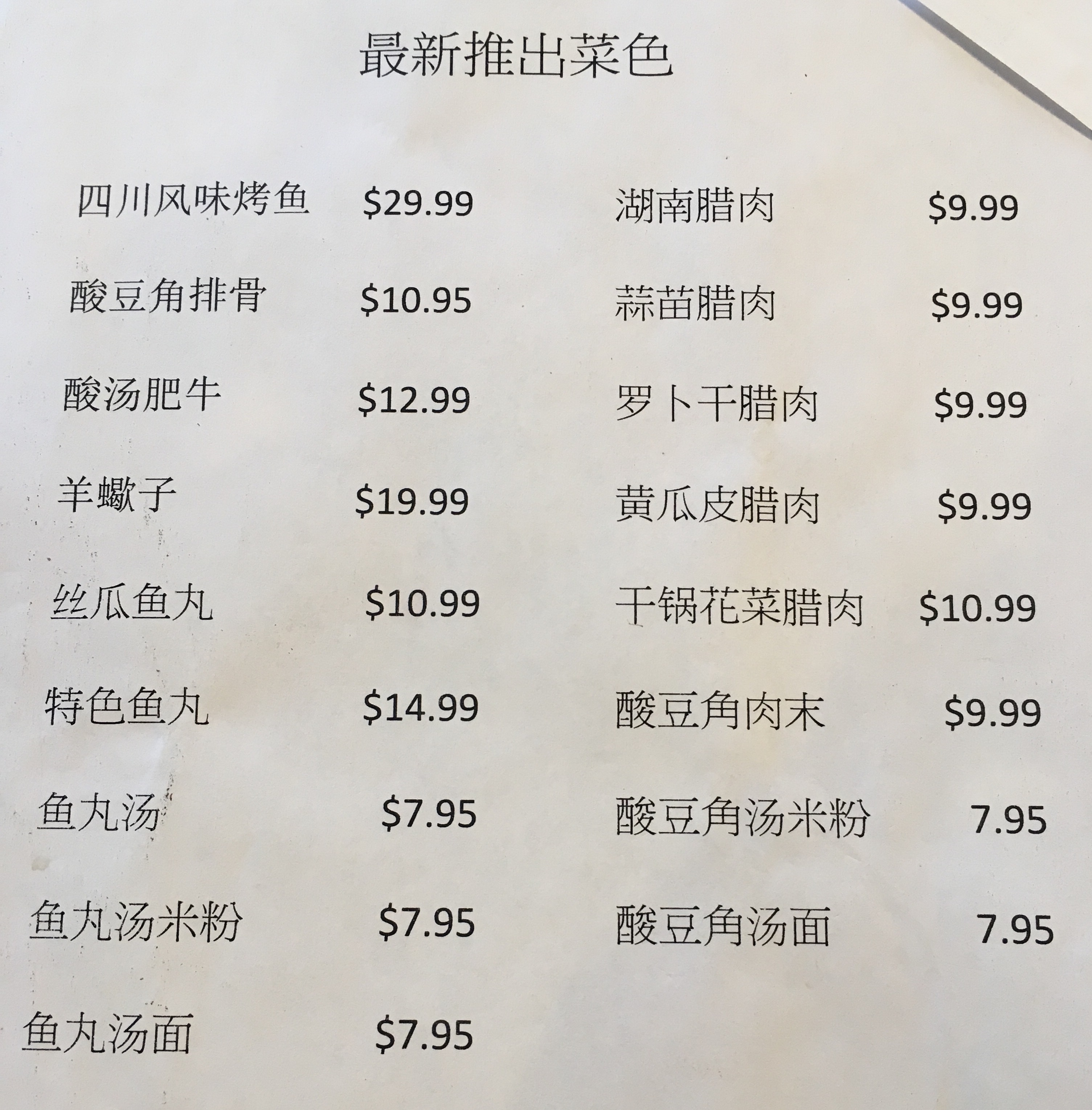