There is a new sign up. I forgot the name after passing it this afternoon. Does anyone know anything about it? It has some other nautical name. I’ll think of it soon I hope lol. Maybe this spot will be like keyport fishery. Some good fried seafood would be nice.

I don’t think it is open yet. There is a new sign so hopefully they are opening soon. I’ll get the name next time I drive by. I couldn’t find anything on Google about the new ownership.

It’s called 2nd jetty. I’ll see what I can dig up online

Yeah my original question was how long was it Something Fishy? I don’t even recall seeing them there. Only one or two seasons I would say?

It was definitely open more than 2 years.

I drove by friday and the parking lot was filled. I believe they are open to the public now.

They have an interesting menu. I think the lobster roll will be the first thing I try and maybe that poke bowl.

Jr can you possibly change the subject to “2nd jetty, new spot in sea bright nj”

I’ll report back but a few pics… 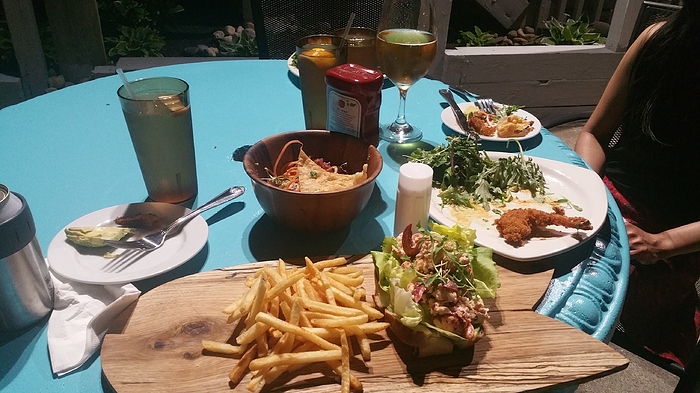 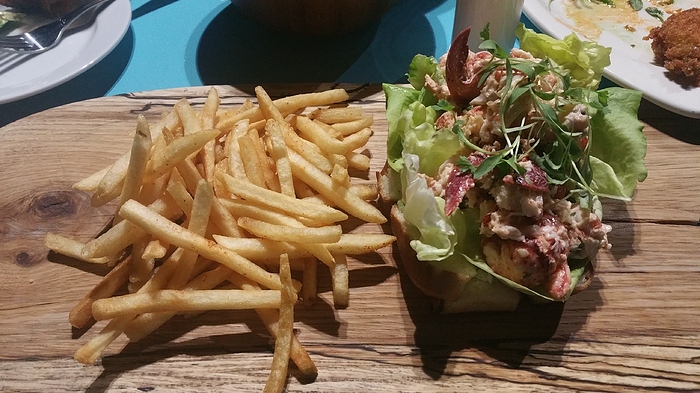 So how was it?

My neighbors reported that is was very good. Lobster roll loaded with meat. Ahi tuna with avocado and wasabi aioli also very good. BYOB for now. No view.

The lobster roll was indeed stacked with meat. I enjoyed it but next time I’ll get no greenery and a side of drawn butter.

Poke was decent but again, too much focus on the presentation. I could have done without the carrot. They could also serve some kind of sauce for the fried “wontons” …if you will. Some type of dipping sauce would really help this dish (for eating those noodles.) The wasabi was very very mild. The avocado is served sliced on top of the dish…really fresh but I wish it was cubed and mixed in with the tuna…just my preference if I’m going to get picky.

The dragon shrimp were quite tasty and fried to perfection. You get 3 jumbo shrimp for 12. I could have housed a few of these plates.

I really like the guitar player Larry. He played some cool tunes and has a really unique style. I think a few of his friends were dining and it was cool to see some parrot heads there.

Overall I enjoyed it and will be back. In fact, I think I will get the lobster roll again next time but slightly change it up…as mentioned.

Great waitress btw. The apps and dinners came out back to back so my fries got cold but I’m sure they will work that out. Two apps, a dinner salad for my friend debbie, and my lobster roll = 56 before tip

Unlike the place across the river, I can tell the owner/chef care about putting out good food. I like bolder flavors and hope I can meet the master mind here to see if I can maybe get them to amp up my dishes a little.

2nd Ave Jetty is getting better by the day. Do yourself a favor and follow them on Instagram or something. We’ve become full time Monmouth County residents since August, and eat out more than we should…and are frequenting this place with increasing frequency. They are obsessive about freshness and quality, and provide it a very very fair prices. And then, they become artists. The mussels arrive in a coconut infused (just a hint of coconut) broth, arrayed in such fashion as to invoke a Georgia O’Keefe painting accompanied with lightly perfectly grilled fresh bread. We opted for the fresh off the boat tuna (Friday fresh) on a bed of extremely locally sourced oyster mushrooms served up warm with spinach and FLYING FISH ROE!!! Oh, and soy, ponzu, etc. Folks, this is high level local NJ goodness served by dedicated ocean enthusiasts, in a surf shack decorated with repurposed long boards. The Sunday brunch rocks too, and before they close for the winter on Dec 29, you’ll be able to buy a Christmas tree and enjoy a hot toddy by a bonfire. They are hitting their stride, and they are having FUN.

I haven’t been in a while. Good to hear they are going strong. Is the coconut recipe the same one they do on one of their lobster dishes?

Don’t know…haven’t had the lobster yet. Lobster and I have a complicated relationship.

Is it me or does this place not have a menu? It could be my phone

I was thinking about trying out one of their lobster dishes. It’s good fat guy outdoor dining weather today

Ha! Not just your phone. It says the menu changes. Did you go?

I’m leaving in a few. I’ll report back

I left really late and was kind of stuffed with beer by the time I left with uber. We had two plates

Left is local bluefin that the waiter said came in today. It had a cucumber finish and was over a turmeric sauce of some kind.

Middle was bluefin Toro, which I normally love. This was topped with urchin, which I also love, but the flavor wasn’t quite there. It wasn’t bad but I just didnt quite connect with it…strangely enough. On the right was yellowtail with roe over beet puree. With the sriachra on the side this may have been the winner. This was an interesting dish. It would have probably been 60 or 70 bucks at yumi.

Service by Jack was stellar even though we just got some apps.

These are new pics with a phone I got recently. Any criticism is gladly accepted. I’m right now going off the default settings so if anyone has suggestions I can try to tweak them. I’m severely color blind so I don’t see things quite the way other people do. 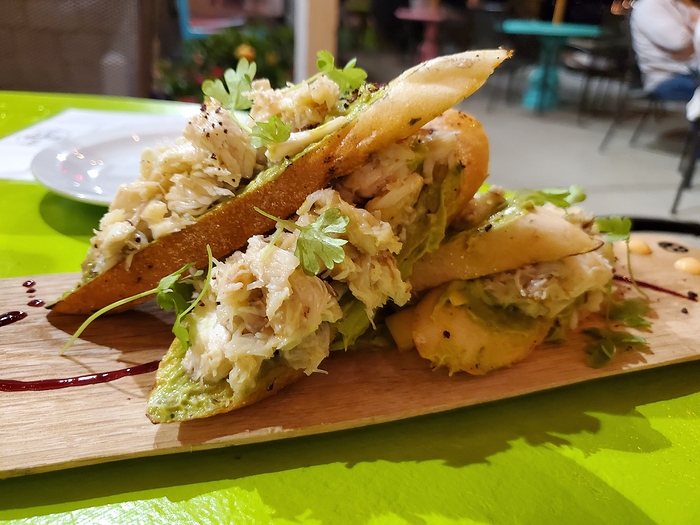 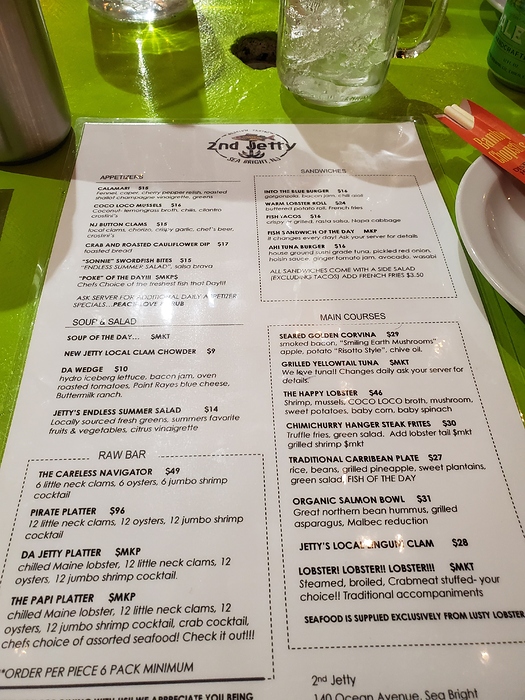 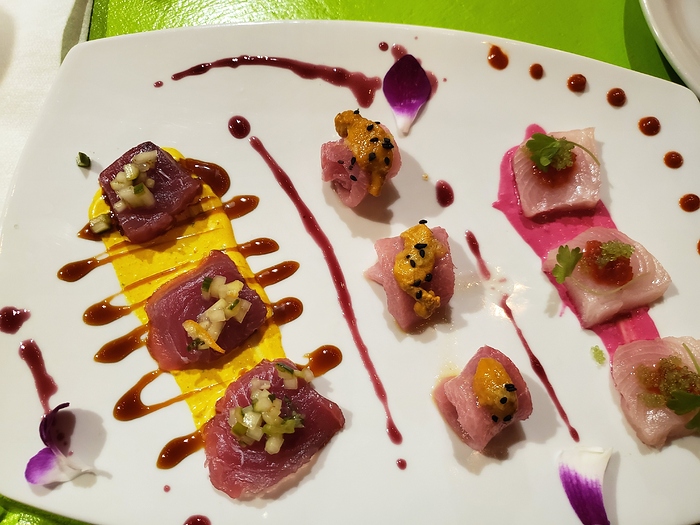 Choosing the Default setting worked for you. Nice photos.

Well folks, I got real lucky last night and had some of the best bluefin poke I’ve had in a long time! In fact, I am going again this afternoon (will call first to see if any bluefin is left.) This was an outstanding rendition and more complex than your average Hawaiian poke. It was a tad spicy and on the sweeter side, with just the right amount of soy saltiness. The wasabi aioli was subtle and blended well with the other flavors. The green onion was finely chopped and added more texture than any onion flavor and teamed with a few sesame seeds, everything was juat a home run taste and texture wise. I never expected this here. 19.00…get this! The serving size was very generous and the cubes were deliciously tender…no bloodline garbage sinewy stuff.

Bluefin is local and sourced down the street from lusty lobster

My blackened swordfish bites were also very good and definitely worth getting. The little salad in the middle was an awesome touch. 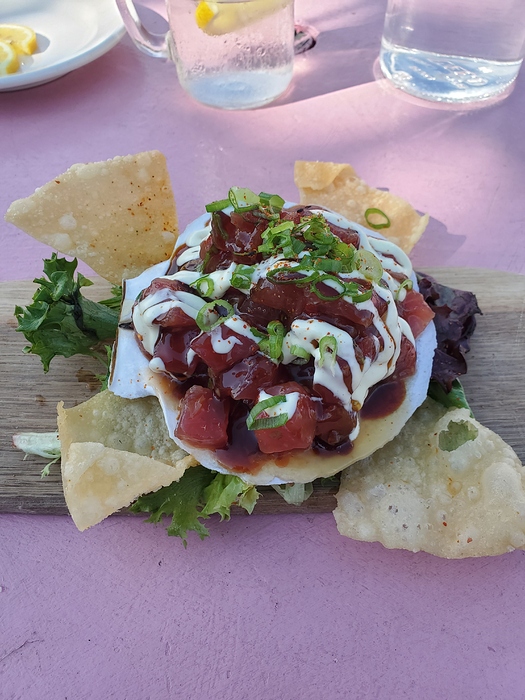 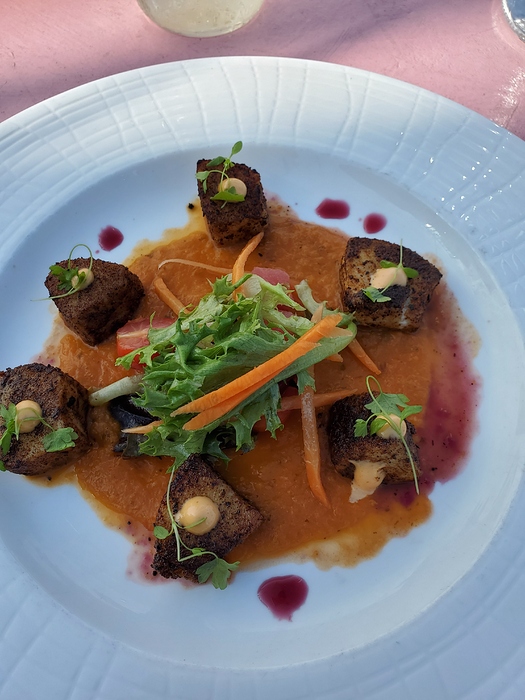 You can’t go wrong with anything at this place. Some of the freshest fish around and their specials are very well done. Thought I’d see more hype on this board for 2nd Jetty. Seems to kind of fly under the radar.

It doesn’t get much action on here. This tuna was by far the best dish I’ve had there. I just tried to go this afternoon for poke round two.

They were closed at 3:20 when I arrived eventhough their website says the following hours…

I went to proving ground for an order of wings…absolutely beautiful there now. Nice breeze